A huge rush was seen outside of the Hyderabad Gymkhana as fans gathered for the tickets of the third India vs Australia T20I to be played in the city on Sunday, September 25.
By CX Staff Writer Thu, 22 Sep 2022 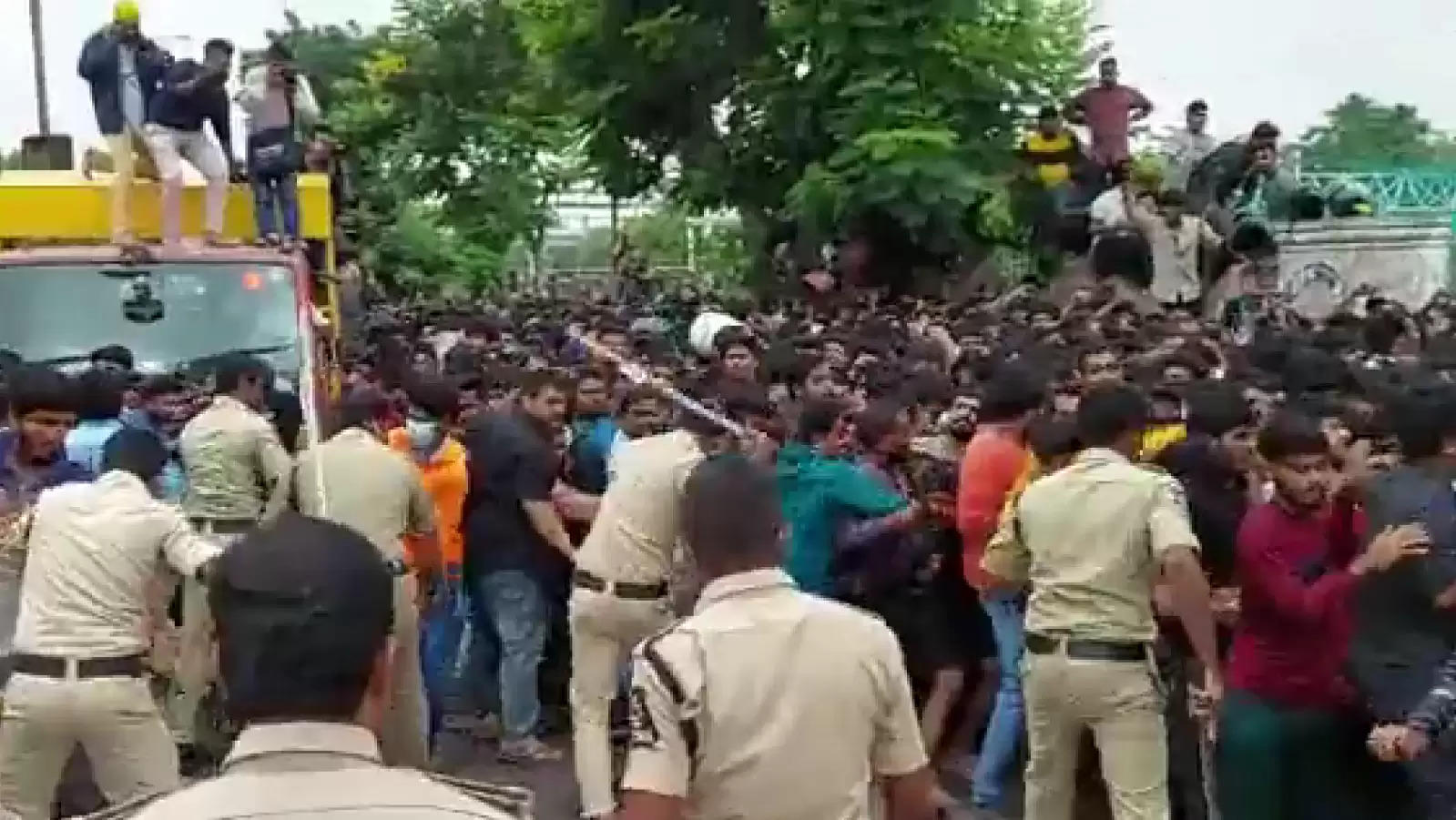 The policemen on duty were seen beating the fans gathered to manage the crowd.

India’s home season in build-up to the T20 World Cup 2022 has had the fans excited, with the team playing three T20Is each against Australia and South Africa and as many ODIs against the latter.

The tickets for each of the three India vs Australia T20Is - in Mohali, Nagpur and Hyderabad - were sold out online within minutes last week. The Rajiv Gandhi International Stadium in Hyderabad last hosted a T20I in December 2019, and with the venue set to host the third T20I of the ongoing series on Sunday, September 25, fans gathered in huge numbers outside the Hyderabad Gymkhana to collect their tickets.

However, in an unfortunate series of events, the policemen in charge of the security at the venue were seen beating locals with sticks to manage the huge crowd gathered. As per reports, as many as 20 fans were injured, with seven of them been taken to the hospital.

This is so disappointing. Passionated fans gathered at Gymkhana Ground to collect India Vs Australia tickets in Hyderabad and they're getting such treatment. pic.twitter.com/OIP96BClOH

#Update: 20 injured. 7 Shifted to yashoda Hospital Secunderabad. They have minor injuries. Treated at out patient level and kept for observation.

Meanwhile, fans in Nagpur, where the second T20I is to be played on Friday, gathered in large numbers at the old VCA stadium in Civil Lines to redeem their tickets, despite rain forecasted on the match-day.

Australia gunned down the 209-run target in the first T20I in Mohali on Tuesday, September 20 to take a 1-0 lead in the series. Incidentally, Aaron Finch’s men were the last team to defeat India in a home T20I series, when they swept the two-match series on their white-ball tour in February-March 2019.

India speedster Jasprit Bumrah, who is back to the team after having recovered from a back injury, but missed the series opener, is expected to be back for the second T20I.

Sanju Samson vs Rishabh Pant — How big a miss will Samson be in the T20 World Cup?