Sanju Samson vs Rishabh Pant — How big a miss will Samson be in the T20 World Cup?

Analyzing whether India made the right call by picking Rishabh Pant over Sanju Samson for the T20 World Cup.
By Naman Agarwal Mon, 19 Sep 2022 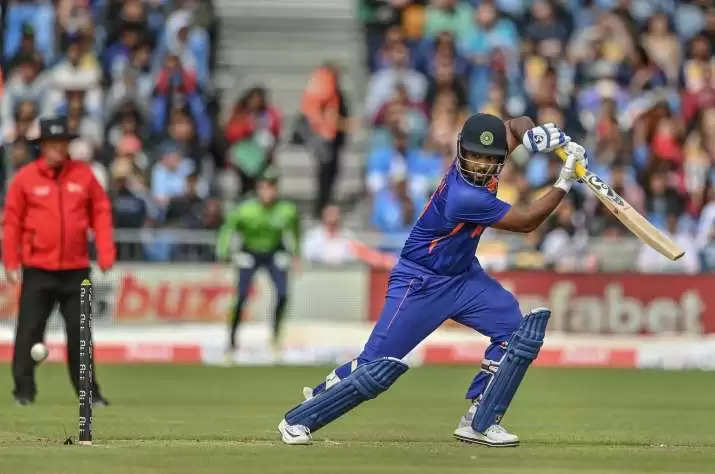 Samson has strike rates of 158.3 and 139.5 against left arm orthodox, and right arm leg spinners respectively, and hits a boundary every 4.8 and 6.3 balls against them.

What would you do if you have just come in to bat while batting first in a knockout game in the IPL at the Eden Gardens, while leading your side which has not done well for the last few years? You’d probably think about playing it safe to start off, get your eye in, and once you take your team to a safe enough platform, then launch, right? Not if you are Sanju Samson. Then you’d do something not many would dare — nonchalantly flick/drive your first ball over long-on for six.

India’s squad for the T20 WC

Sanju Samson’s omission from the Indian squad for the T20 World Cup has been the talking point over the last few days and will in all probability, continue to be so in the coming days as well. Although the selectors had given enough indications regarding his place in the side when they did not include him in the Asia Cup squad, Rishabh Pant’s continued failures with the bat in this format would have given a glimmer of hope to him as well as his fans. But the selectors have persisted with Pant, and according to reports, “there were no discussions regarding dropping Pant” in the selection meeting.

Their reasoning is two-fold. One is the clear match-winning potential which Pant has, something which the world has already been witness to multiple times albeit in different formats. And another is the fact that he is the only pure left-handed batting option available at the moment given Ravindra Jadeja’s injury and Ishan Kishan going out of favor following the return of the heavy-weights at the top of the order. While these explanations are reasonable, a deep dive into the numbers will tell a different story.

Sanju Samson and consistency (or lack thereof) go a long way back. The primary complaint against Samson for all these years has been his lack of consistency. While it was true to an extent in the first half of his career so far, his last few years in the IPL have been anything but inconsistent. He has scored almost 350 runs in each of the last five seasons with a minimum strike rate of 136.70, which came in 2021 — his first season as captain.

While Pant has also scored nearly 350 runs in each of the last five seasons, seasons 2020 and 2021 saw his strike rate drop below 120 and 130 respectively. He picked up on it this year though, ending the season with both average and strike rate slightly more than Samson’s. Looking at their IPL numbers in the last five seasons, it can be gauged that while Pant’s ceiling is higher, Samson has been more consistently impactful. The biggest factor which Pant has going for him is the fact that he is the only left-handed option India have in the middle order. We saw in the first match against Pakistan in the recently concluded Asia Cup, that this management cares about match-ups and is ready to promote/demote batters given the game situation. And teams these days rarely have a spinner whose stock delivery comes into the right hander. But are all these factors enough to say that Pant would be a better bet against spin in the middle overs than Samson? Let’s see.

In all T20s since 2020, Pant has struck at 118.78 while Samson has gone at 144.26. If you break that down further, you’ll find that what is supposed to be a favorable match-up for Pant — spinners turning the ball in to him — has actually been his kryptonite. He has been dismissed 15 times against leg spinners and left arm orthodox spinners. He has been especially disappointing against left arm spinners, averaging just 21.2, with a strike rate of 141.1, hitting a boundary every 5.6 balls. Against leg spinners, he has been dismissed less often, averaging 45.7, but has struck at a lower rate too — 126.5. Not something you’d expect from a left handed batter, and that too of Pant’s abilities.

Sanju Samson on the other hand, has been surprisingly good against left arm orthodox and right arm leg spinners. He’s been dismissed a combined 16 times, having an average of 29.8 against them. Pant has the exact same average against these two bowling types combined. Where Samson trumps Pant is his rate of scoring against his unfavorable match-ups.

Samson has strike rates of 158.3 and 139.5 against left arm orthodox, and right arm leg spinners respectively, and hits a boundary every 4.8 and 6.3 balls against them. Again, not something you’d expect from a right handed batter.

Ability to go from ball one

Given the construct of India’s top three, it is imperative that the middle order has batters who don’t take a lot of time to get in. Samson checks that box too. Since 2020, his strike rate in his first 10 balls has been slightly above 130, and he’s hit almost two boundaries in this phase — which is extremely decent. To compare, Suryakumar Yadav, who is considered the bench mark for fast starters in the middle overs, has a strike rate of 136.98 in his first 10 balls since 2020. Pant meanwhile, starts off considerably slower than Samson, having a strike rate of 115.5 in his first 10 balls. While he picks up pace in his next 10 balls, that is the 11–20 ball phase, there again comes a very strange dip in his scoring rate in the 21–40 balls phase. You’d expect a middle order batter to be set and nearing his highest gears post 20 balls, but Pant has slowed down in this period, having strike rates of less than 140 in the 21–30 balls phase, and less than 130 in the 31–40 balls phase. Samson has shown no such issues and his rate of scoring and boundary hitting steadily increase as his innings goes on.

So that covers three of the most important criteria for choosing a middle order batter in the context of the current Indian T20I team — consistency, ability to tackle left arm and leg spinners, and going hard from the start and not slowing down. And Samson comes out with flying colors on all fronts. This management has shown a propensity to back players who they believe are match winners, and has been fairly consistent in their selections. Which is why they have persisted with Pant for so long. While it is good that they are learning from the mistakes of their predecessors, one can’t help but think if this call might have been a mistake.