Hasan Mahmud dropped Rohit Sharma, but dismissed him soon after during the T20 World Cup 2022 Super 12s clash between India and Bangladesh in Adelaide on Wednesday.
By CX Staff Writer Wed, 2 Nov 2022 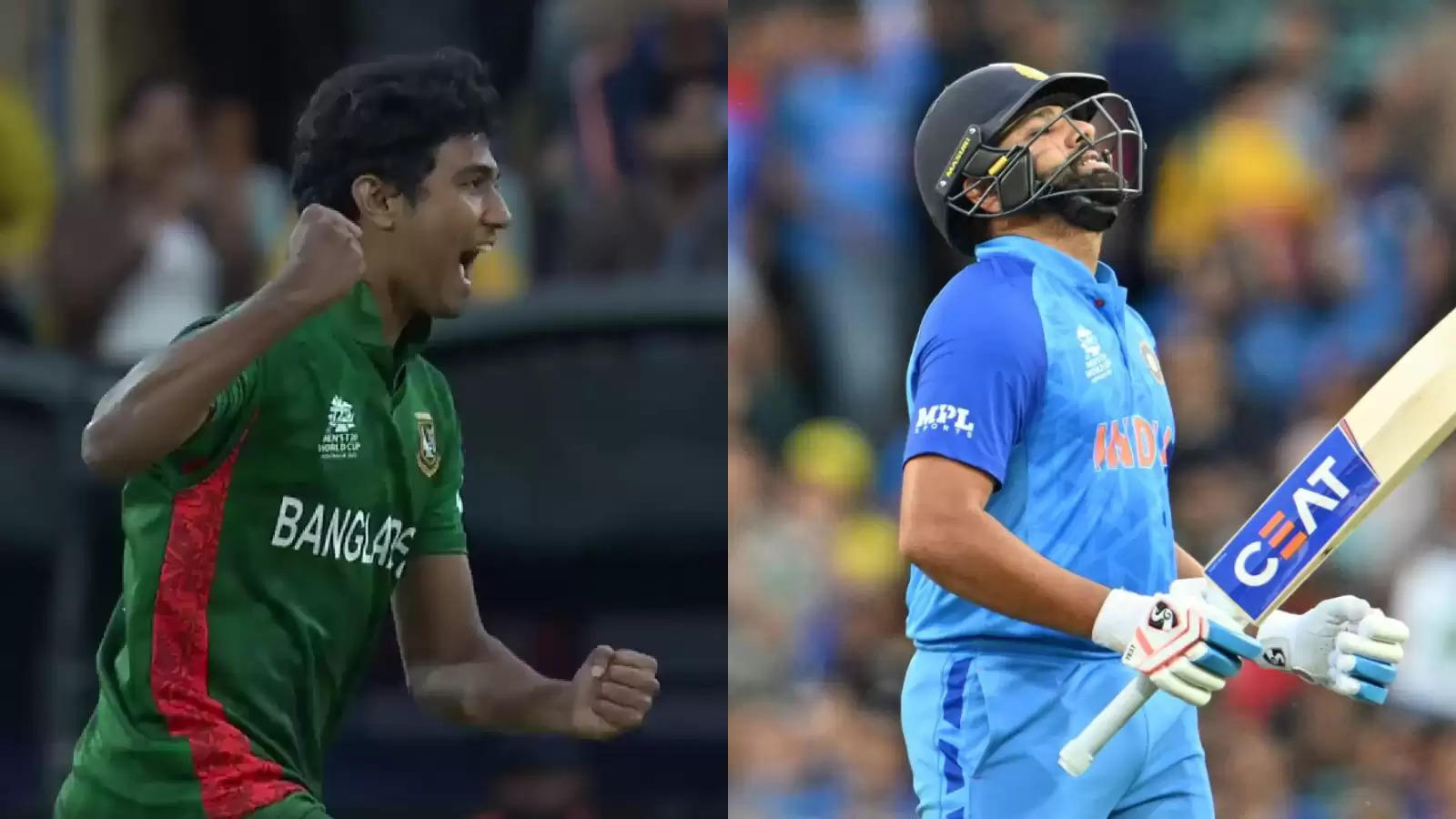 Rohit could manage just 2 off 8.

Bangladesh managed to put India under sustained pressure with the new ball after skipper Shakib Al Hasan opted to bowl in the two side’s fourth Super 12s clash at the ongoing T20 World Cup 2022 at the Adelaide Oval on Wednesday.

Taskin Ahmed, one of the leading wicket-takers in the competition conceded just a single in his first over, while the second one from Shoriful Islam went for nine despite a no-ball and a six. Taskin tested Rohit Sharma with pace and bounce in his next, and induced a mistimed pull from the Indian skipper which headed straight to Hasan Mahmud at long-leg. The fielder however, dropped a fairly straightforward chance much to the agony of the bowler.

Mahmud though, redeemed himself, on the second ball of the next over - his first of the innings - having Rohit play one straight into the hands of Yasir Ali at gully off a back-of-a-length ball. The India skipper registered a third score of 15 or less from four innings in the competition.

Virat Kohli started off in emphatic fashion, striking three fours within his first eight balls as India managed 37/1 in the powerplay. Rahul then kicked off with a string of fours and sixes square off the wicket on either side, and raced to his 50 off 31 balls. The right-hander was dismissed soon after, top-edging one from Shakib Al Hasan to Mustafizur Rahman at short fine-leg. India were 86/2 from 10 overs at the time of writing.

India went in with one change in their XI for this game, with Axar Patel replacing Deepak Hooda. Bangladesh meanwhile dropped Soumya Sarkar for Shoriful Islam.

Both teams enter the game having won two of their first three Super 12s matches.

"Runs on the board would matter. We would look to bat well. All games are important in this format. We didn't play well in the last game. Hopefully, we can play some good cricket and get those two points," said Rohit at the toss.