The ongoing second Test between Sri Lanka and Australia in Galle has been surrounded by intense protests from the local public outside the venue, owing to the current situation in the island country.
By CX Staff Writer Sat, 9 Jul 2022 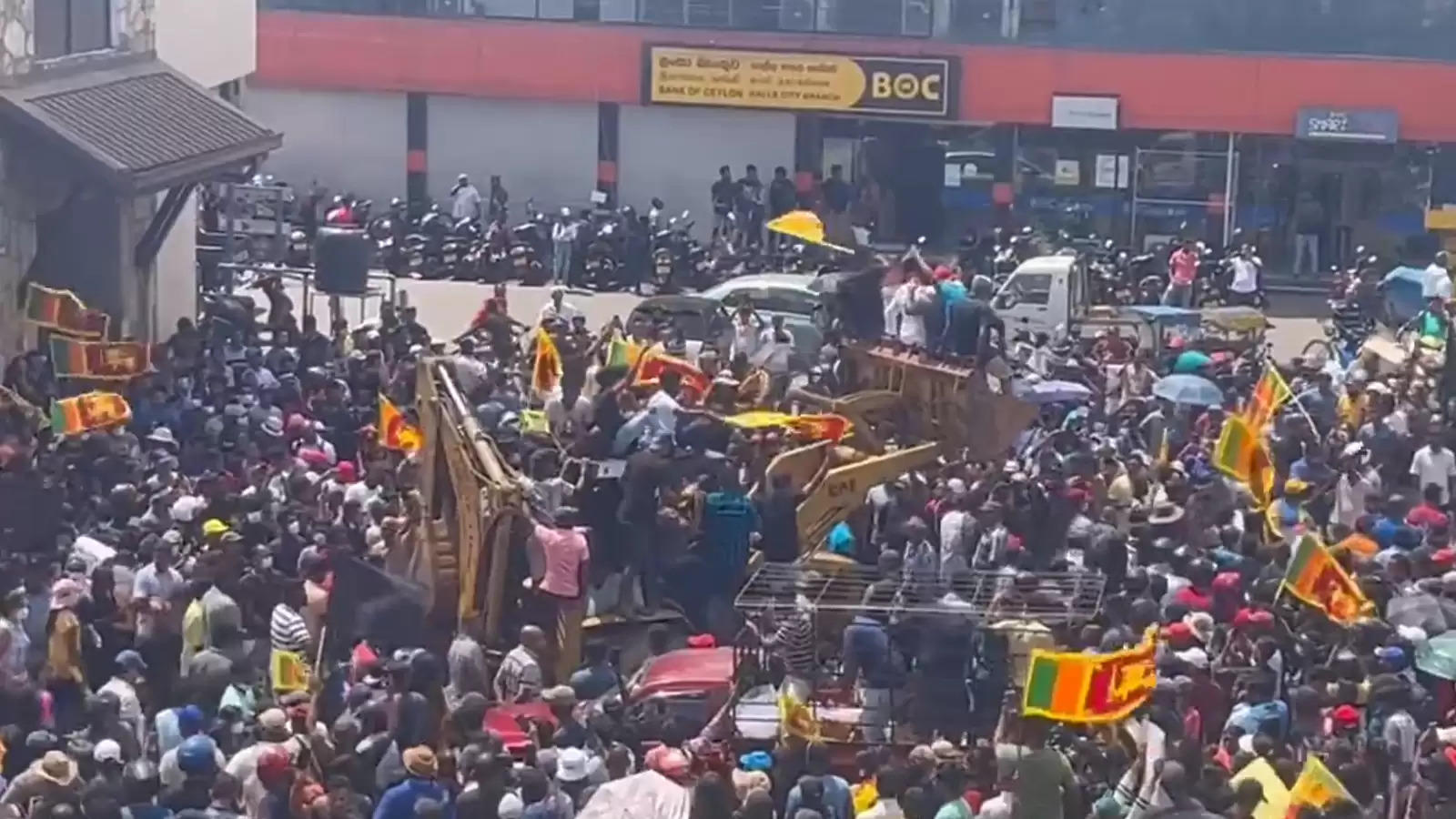 The protests have grown louder and intense by the minute.

The second Sri Lanka-Australia Test at the Galle International Stadium has been surrounded by loud protests, which have been growing by the minute on the second day. The local crowd had been banned from watching the game from the Galle Fort - the 16th century monument which overlooks the stadium - but the protesters were seen gathering on the wall in large numbers on Saturday, July 9.

No spectators were seen at the picturesque fort’s wall on the opening day of the Test, with the security personnel put in place for the same. It was explained that the area was kept free of fans so that the batting side wouldn’t be distracted, and Australia have been happy to carry on with the play thus far, stating that there were no issues whatsoever.

In a series of clips posted in a Twitter thread by renowned Australian journalist Adam Collins on Saturday, the public can be seen in protests getting progressively louder.

Watch the intense protest outside the Galle International Stadium here:

Protesters in cranes, others on the back of trucks - it’s intense out there now, louder than ever and going nowhere. pic.twitter.com/WXmkwtb1cN


Sri Lanka has been going through its worst economic crisis since independence, with its public suffering severe food, fuel and electricity shortages. The protests have been against the President Gotabaya Rajapaksa’s government and its mismanagement, which has led to the economic downfall.

The home supporters were seen welcoming the touring Australia side with gratitude and affection, flashing ‘Thank You, Australia!’ posters during the fifth and final ODI last month. As for the ongoing Test, Sri Lanka were 178/2 at the time of writing in response to Australia’s 364 in the first innings. Skipper Dimuth Karunaratne fell to Mitchell Swepson for 86, while Kusal Mendis is approaching his hundred.

Earlier, Steve Smith (146*) and Marnus Labuschagne (104) stood out with the bat for Australia, while debutant left-arm spinner Prabath Jayasuriya returned 6/118 after Pat Cummins opted to bat on Friday.

Australia, having won the first Test by 10 wickets, lead the two-match series 1-0.