Jos Buttler was heard teasing Cameron Green on stump mic, reminding the all-rounder of the IPL auction coming up during the first Australia vs England ODI in Adelaide on Thursday.
By CX Staff Writer Thu, 17 Nov 2022 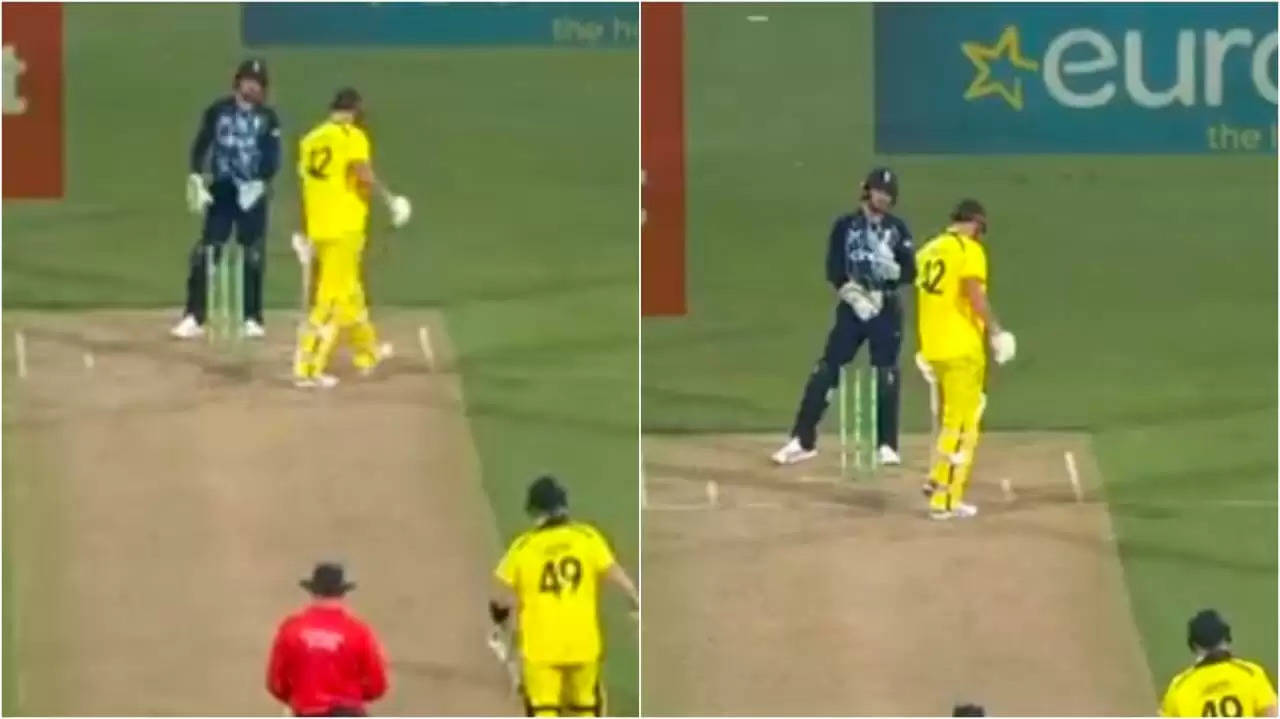 Jos Buttler had a fun moment behind the stumps, sledging young Australian all-rounder Cameron Green with reference to the upcoming IPL auction during the first Australia vs England ODI in Adelaide on Thursday, November 17.

The moment occurred during the 41st over of Australia’s run-chase of 288, when Green stepped down the track attempting a hit downtown off left-arm spinner Liam Dawson, but mistimed it to the bowler.

"Good to see someone playing a shot, Daws,” quipped Buttler, as was heard from the stump mic.

The England skipper further joked that Green was  "chasing the ink", while referring to the "big auction coming up".

Green, who made a stellar impression during Australia’s away T20I series against India in September, was fast tracked to the T20 World Cup squad, following injury to wicketkeeper Josh Inglis.

The 23-year-old is likely to be one of the most sought after players at the IPL 2023 mini-auction, to be held in Kochi on December 23.

That was after England had posted 287/9 after being put in to bat, with Dawid Malan (134 off 128) being the lone notable contributor, the innings helping him bag Player of the Match award.

"Not fussed about the result, we wanted to play with a certain character," Buttler, the T20 World Cup 2022 winning captain, reflected on the result. "Dawid Malan was brilliant to take us till there, and with the field we tried different things and everyone responded. Not happy because we needed to take wickets early on. Quick turnaround, we travel tomorrow and then play Saturday. There will be changes. Let's see how the senior guys are feeling then, or there's always a chance to give some others a game and add to that huge talent pool that's served us so well."