New Zealand skipper Kane Williamson showed quick reflexes in saving the T20I trophy from falling off during the captains’ photoshoot for the upcoming home series against India.
By CX Staff Writer Wed, 16 Nov 2022 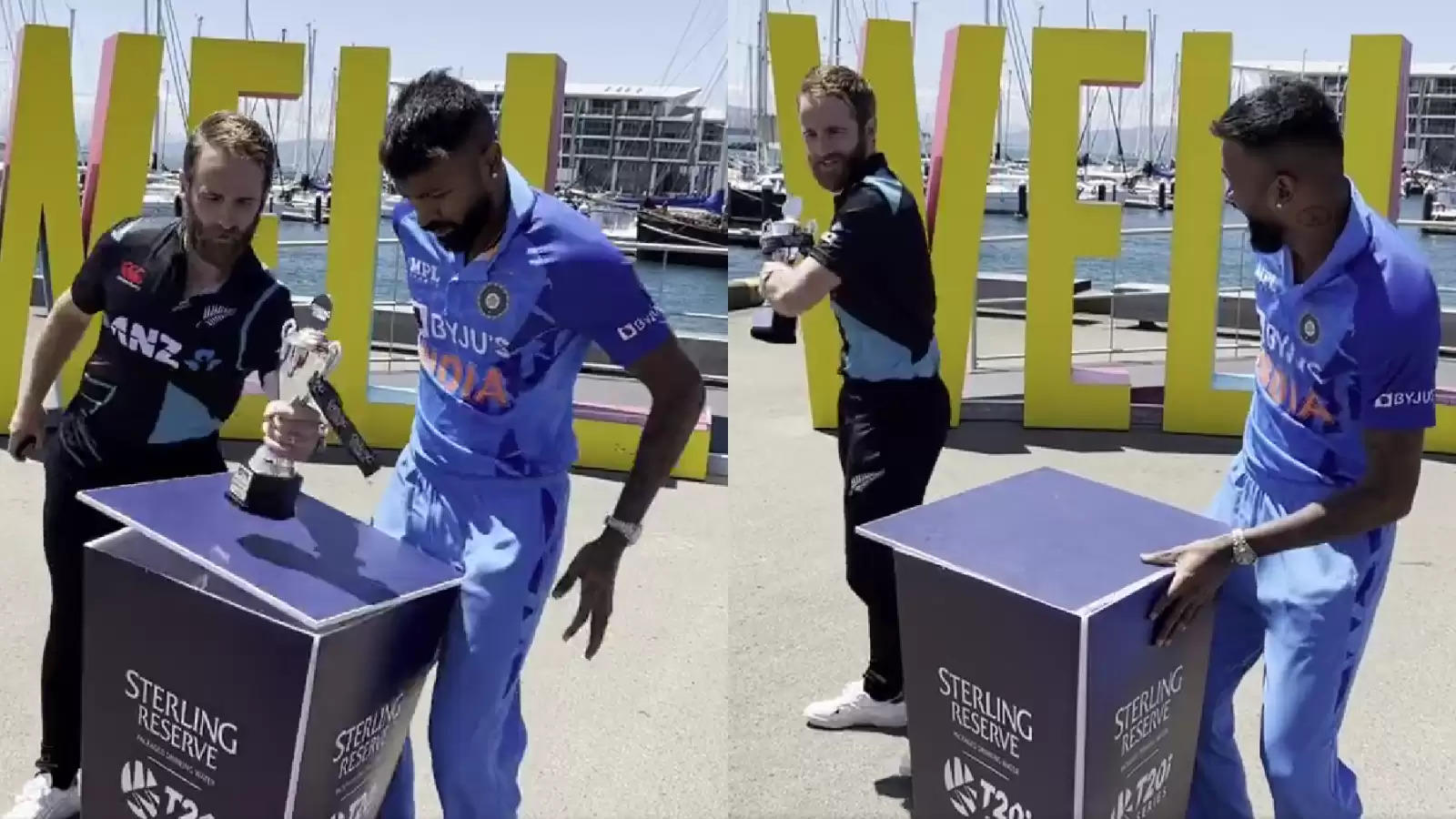 The first New Zealand vs India T20I will be played at the Sky Stadium, Wellington on Friday, November 18.

Kane Williamson displayed his fine reflexes in a T20I Trophy saving act during a captains’ photoshoot in Wellington ahead of New Zealand’s three-match home T20I series against India on Wednesday, November 16.

Williamson stood to pose alongside India skipper Hardik Pandya, but the trophy, placed on a podium, appeared to be falling off due to the windy conditions. Wiliamson just put out his left hand to grab the trophy at once, preventing the object from falling down.

"I'll have that!" #NZvIND #CricketNation" tweeted Blackcaps, captioning the clip.

The two teams were defeated in their respective semi-finals at the recent T20 World Cup 2022 in Australia, and will now face-off in three T20Is and as many ODIs between November 18 and 30.

Hardik, who is leading India for his second series after having done so on the Ireland tour earlier this year, expressed disappointment on the T20 World Cup exit, while reflecting on the criticism that followed.

"Obviously when you don't do well, people will have their opinion, which we respect,” said Hardik. “I understand people have different points of view. Being at the international level, I don't think we need to prove anything to anyone. It's a sport, you keep trying to get better and eventually when the result is supposed to happen it will happen. There are things we need to work on, going forward we will rectify and work on it.

"There is the disappointment of the T20 World Cup, but we are professionals. We need to cope with it the way we cope with our success and move forward, look to get better and rectify the mistakes we made.

"The next T20 World Cup will be in two years if I'm not wrong so we have time. Till then, a lot of cricket will be played, a lot of people will have enough chances. The roadmap starts now but it's quick (to make any comments). We'll sit down and start having those conversations. Right now, it's about letting the boys enjoy it, it's a beautiful country to play cricket, we'll talk about the future later."