KL Rahul struck an incredibly stunning hit off Josh Hazlewood during the first T20I between India and Australia in Mohali on Tuesday, September 20.
By CX Staff Writer Tue, 20 Sep 2022 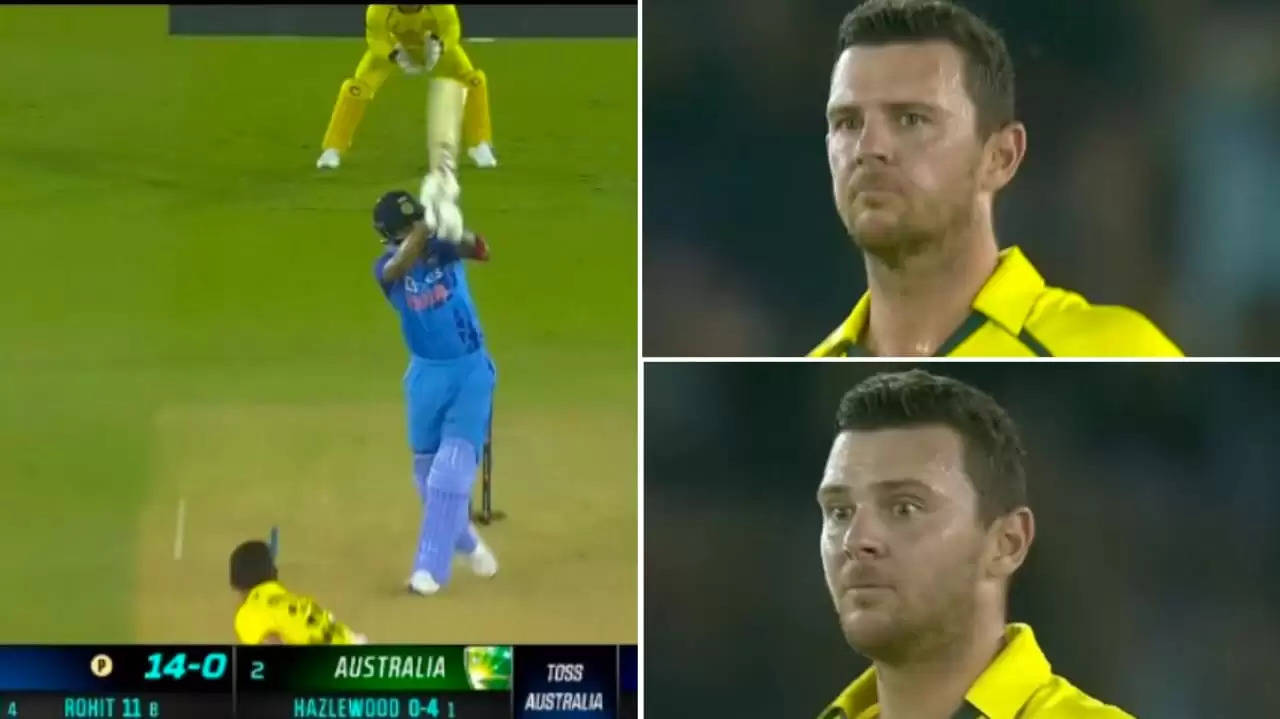 “A shot to remember.”

KL Rahul showcased his brilliance with an unbelievable hit off Josh Hazlewood during the first T20I between India and Australia in Mohali on Tuesday.

Being put in to bat, skipper Rohit Sharma and Rahul could manage just two singles and a brace in the first over from Hazlewood, before Rohit took Pat Cummins for a six and four in the next over.

Rahul then just nonchalantly unleashed a semi-helicopter off Hazlewood off the first ball of the third, to send the ball sailing into the stands. The right-hander just walked across, and took a step down, flicking a length ball off the front foot with utter disdain, much to the Hazlewood’s amazement.

Don’t miss the LIVE coverage of the #INDvAUS match on @StarSportsIndia pic.twitter.com/UwwUDArHiP

Virat Kohli, who struck his maiden T20I hundred in his last outing - against Afghanistan in Dubai at the Asia Cup - was dismissed by Nathan Ellis after a seven-ball struggle for 2. India were 46/2 from six overs at the time of writing, with Rahul joined by Suryakumar Yadav.

India have Harshal Patel back in their XI, who had missed the recent Asia Cup 2022 in the UAE with a rib injury. Jasprit Bumrah, meanwhile, missed out and is expected to be back for the second and the third T20I, as confirmed by Rohit at the toss.

"It is an opportunity to test ourselves," Rohit said. "Every game is a big game to learn. We got to learn so much in the last six-eight months on how to win games. This series will be no different for us to express ourselves. Looking at what happened in the Asia Cup, we had a chance to reflect on where we went wrong. This gives us an opportunity to correct ourselves as a group. Nothing changes in terms of our approach."

All-rounder Tim David, who played the first 12 T20Is of his career for Singapore, his country of birth, was handed his maiden T20I cap for Australia.