The Sri Lanka cricket team was welcomed with great joy on their return to the country, following their Asia Cup 2022 triumph in the UAE.
By CX Staff Writer Tue, 13 Sep 2022 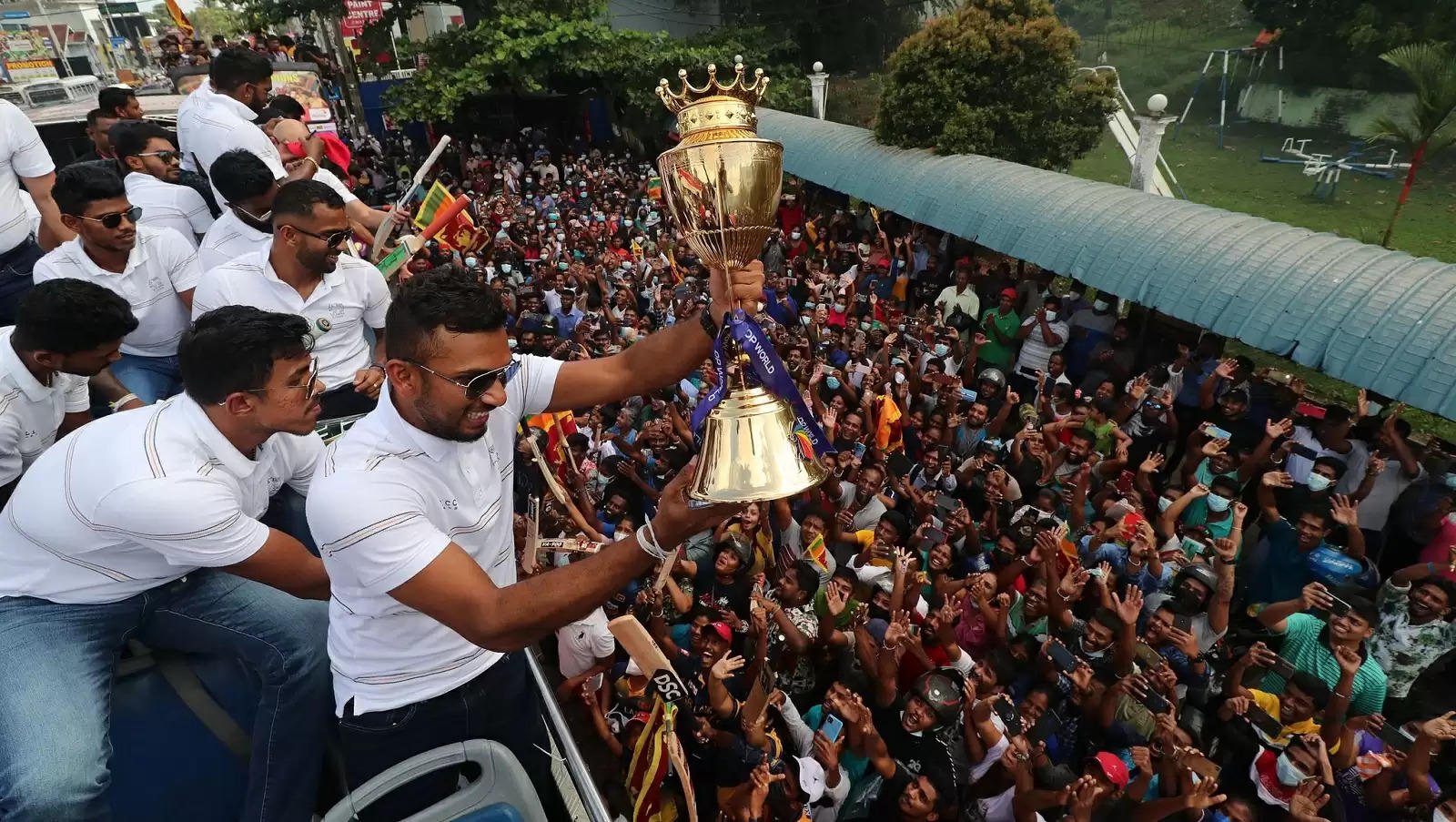 THe Sri Lankan cricket team was welcomed with great joy and enthusiasm upon their return to the country, after they achieved a landmark Asia Cup 2022 title win in the UAE. Having suffered an eight-wicket drubbing to Afghanistan in the tournament opener, Sri Lanka bounced back to secure a thrilling last-over win against Bangladesh to qualify to the Super Four round.

They followed that with three successive wins over Afghanistan, India and Pakistan respectively, before registering a 23-run win in the final against Babar Azam’s side in Dubai on Sunday, September 11. At a venue highly suited for run-chases, Sri Lanka found themselves down at 58/5 in the ninth over after being put in, before Bhanuka Rajapaksha’s unbeaten 71* off 45 and Wanindu Hasaranga’s timely 36 off 21 got them to a competitive 170/6.

Hasaranga would later spin a web in the run-chase, and Pramod Madushan returned 4/34 to help Sri Lanka bundle out Pakistan for 147, and with it, secure their sixth Asia Cup win.

The tournament was initially supposed to be played in Sri Lanka, but it was moved to the UAE (with SLC remaining the official hosts), with the island nation undergoing one of its worst economic crises. Under tough times, Dasun Shanaka’s team and their recent success has been viewed as a subject of great reverence for the Sri Lankan public, and the game overall.

The team was greeted with great passion and happiness on their return back home.

📸 A grand welcome for the victorious Sri Lanka Team! #AsianChampions

"Believe in our cricketers," Shanaka had stated after the win on Sunday. "A lot of bad things are going around. As cricketers, they too should enjoy their lives as well, not spreading bad things. They have private lives too. Keep believing, that is the key.

"Even two-three years back, the team used to play good cricket, but the winning factor wasn't there. This could be the turnaround in our cricket, this lot can continue to play for five-six years, which is a very good sign as well."