Suryakumar Yadav pulled off a wristy helicopter shot during the fourth T20I between India and West Indies in Lauderhill, Florida on Saturday, August 6.
By CX Staff Writer Sat, 6 Aug 2022 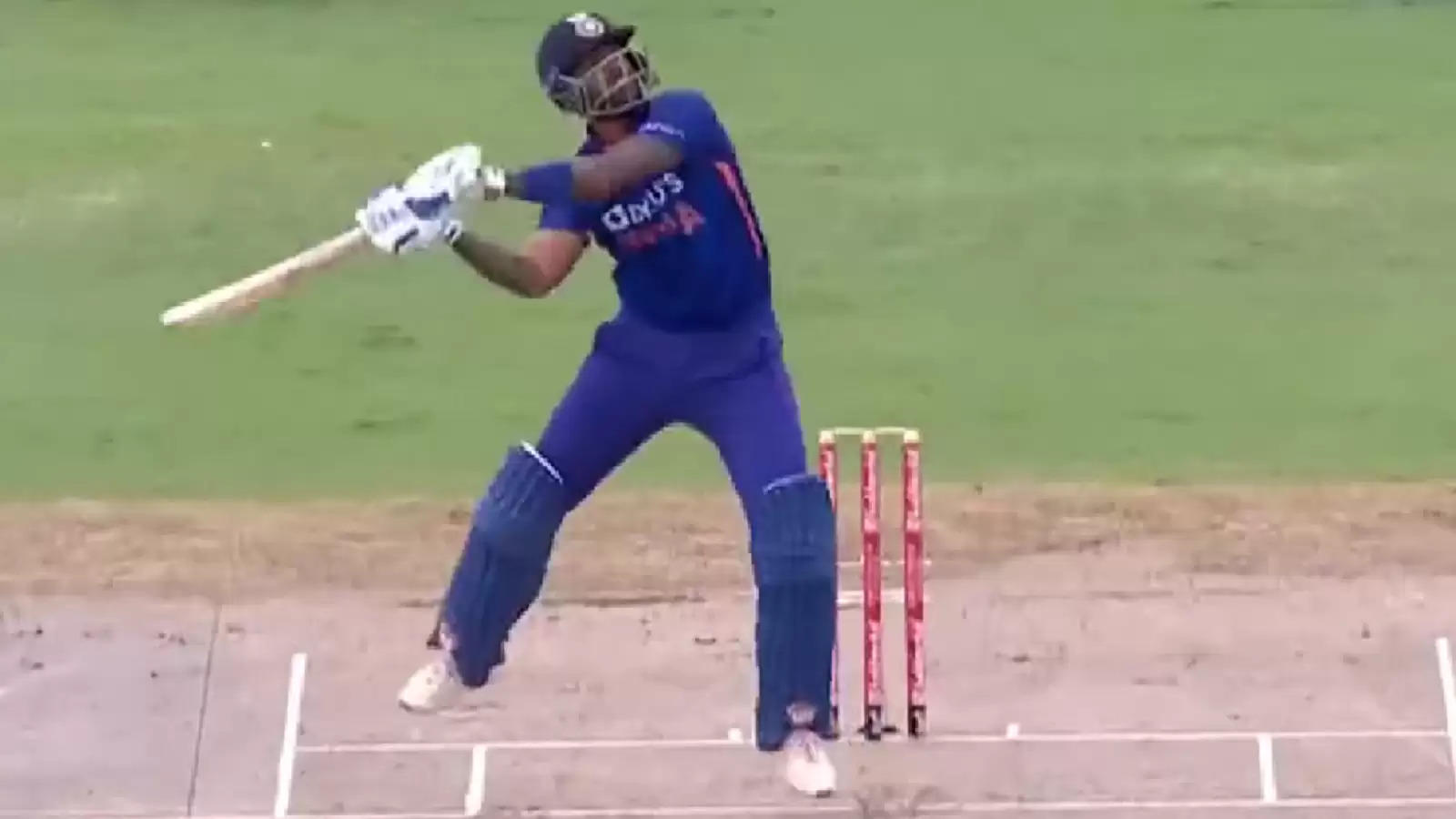 No Indian batter crossed fifty in an innings that ended at 191/5.

Suryakumar Yadav, known for his 360-degrees play and the rubbery wristwork, produced a brilliant helicopter shot for a six during the fourth T20I between India and West Indies in Lauderhill, Florida on Saturday, August 6.

The shot came off the third ball of the third over delivered by Obed McCoy, who fired one outside off with the angle. The batter got across and flicked one over the cow corner ropes in a trademark fashion, with a wristy whippage and twirl completing a stunning helicopter shot. The next ball, a slower one and shorter in length, was cut over backward point for another four.

Skipper Rohit Sharma, who had started the over with a six over deep mid-wicket, tonked the last one over long off to round it off to a 25-run set.

.@surya_14kumar and @ImRo45 take @ObedCMcCoy to the cleaners. 25 OFF THE OVER! That helicopter shot from SKY though!

The pair added 43 in 4.4 overs after India were put in to bat. Akeal Hosein castled Rohit for a 16-ball 33, while Suryakumar was trapped leg-before by Alzarri Joseph on the third ball of the sixth over having struck a six over fine-leg off the previous delivery.

Joseph and McCoy bagged two wickets each, but the latter conceded 66 in his four-over spell to make for the most expensive analysis by a West Indies bowler in T20Is.

West Indies were 49/3 from the first five overs of the chase at the time of writing, with Brandon King (21) and Devon Thomas (1) falling to speedster Avesh Khan, while skipper Nicholas Pooran (24 off 8) was runout after striking a four and three sixes in an over off Axar Patel.

India, having won the first and third T20I, currently lead the series 2-1.