Virat Kohli and Jonny Bairstow were seen having an extended chat before the start of the second England-India ODI at Lord’s on Thursday, July 14. The duo were indulged in a bit of banter during the Edgbaston Test earlier this month.
By CX Staff Writer Thu, 14 Jul 2022 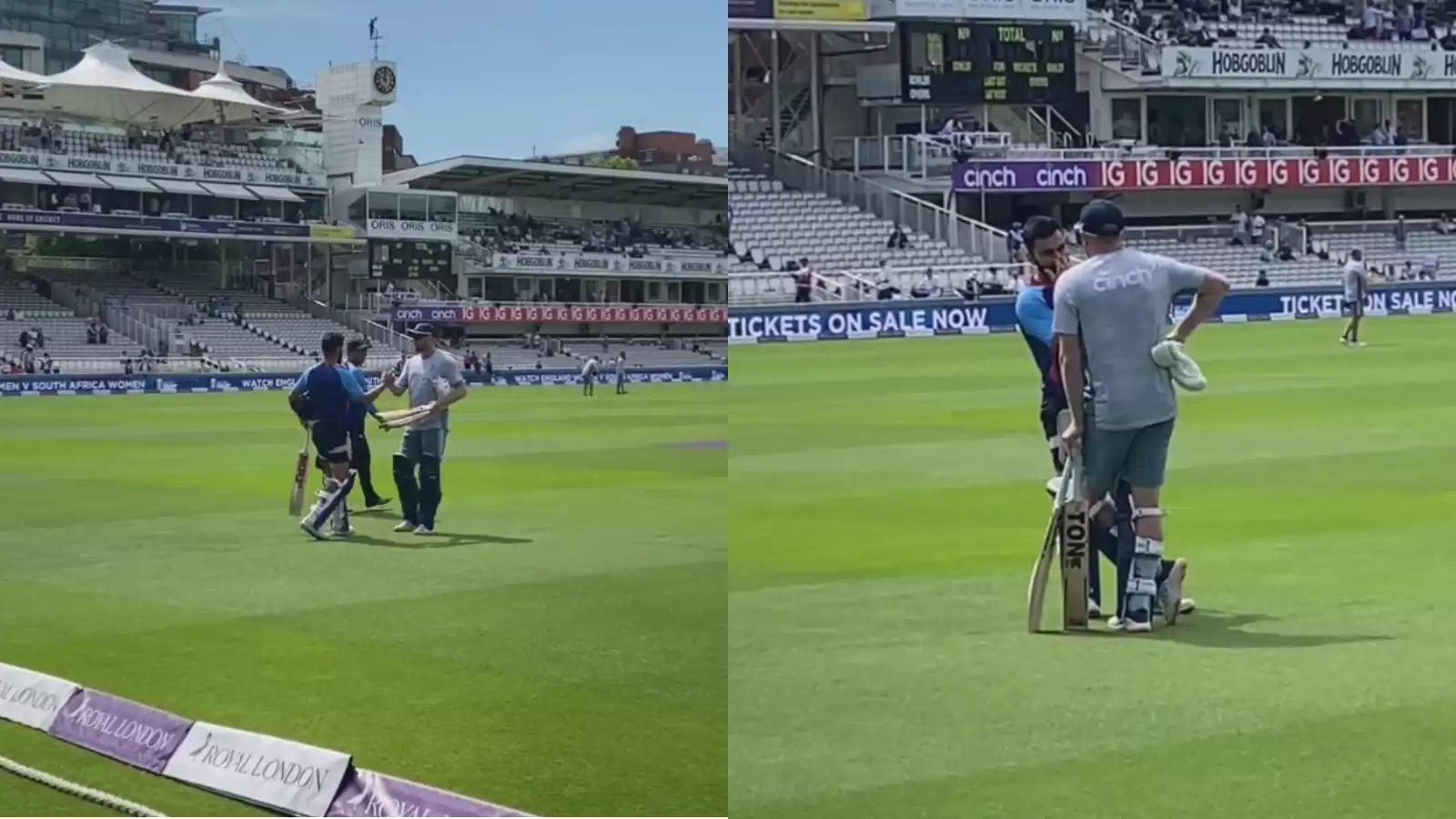 Virat Kohli might not have been at his fluent best with the bat in recent times, but his intensity hasn’t taken a dip, as was evident during the Edgbaston Test earlier this month. Kohli was seen having a heated exchange with Jonny Bairstow, not long after the two had also indulged in a casual, cheerful chat during a rain-break earlier in the game.

The exchange would rile up Bairstow score a brisk century to stage England’s fightback in the first innings then, and the Yorkshireman would follow that with another in the second dig to seal England’s highest Test run-chase with seven wickets remaining. The exchange between the two players offered an interesting theme to the game.

In a clip shared by broadcasters Sony Sports Network on Thursday, July 14, the duo were seen having a fairly deep conversation near the boundary ropes at Lord’s in the build-up to the second ODI. Bairstow was leaving the field, presumably after having a batting session, and Kohli was heading in for his own, and the pair exchanged a handshake before beginning their chat.

The sequence was greeted by loud cheers by fans present at the venue.

Kohli, who was left out of the first ODI after having sustained a groin injury during the third T20I at Trent Bridge on Sunday, returned to the India XI at Lord’s, replacing Shreyas Iyer.

Jason Roy and Bairstow survived an early new-ball burst from Mohammed Shami and Jasprit Bumrah to add 41 for the opening wicket, before Hardik Pandya removed the former for 23. Bairstow (38) and Joe Root (11) were dismissed by Yuzvendra Chahal in quick succession, and Mohammed Shami cleaned up Jos Buttler for 4 as England slumped from 72/1 to 87/4 within four overs.

England were 99/4 from 20 overs at the time of writing, with Ben Stokes joined by Liam Livingstone.

India, having won the first game at The Oval by 10 wickets on Tuesday, lead the three-match series 1-0.