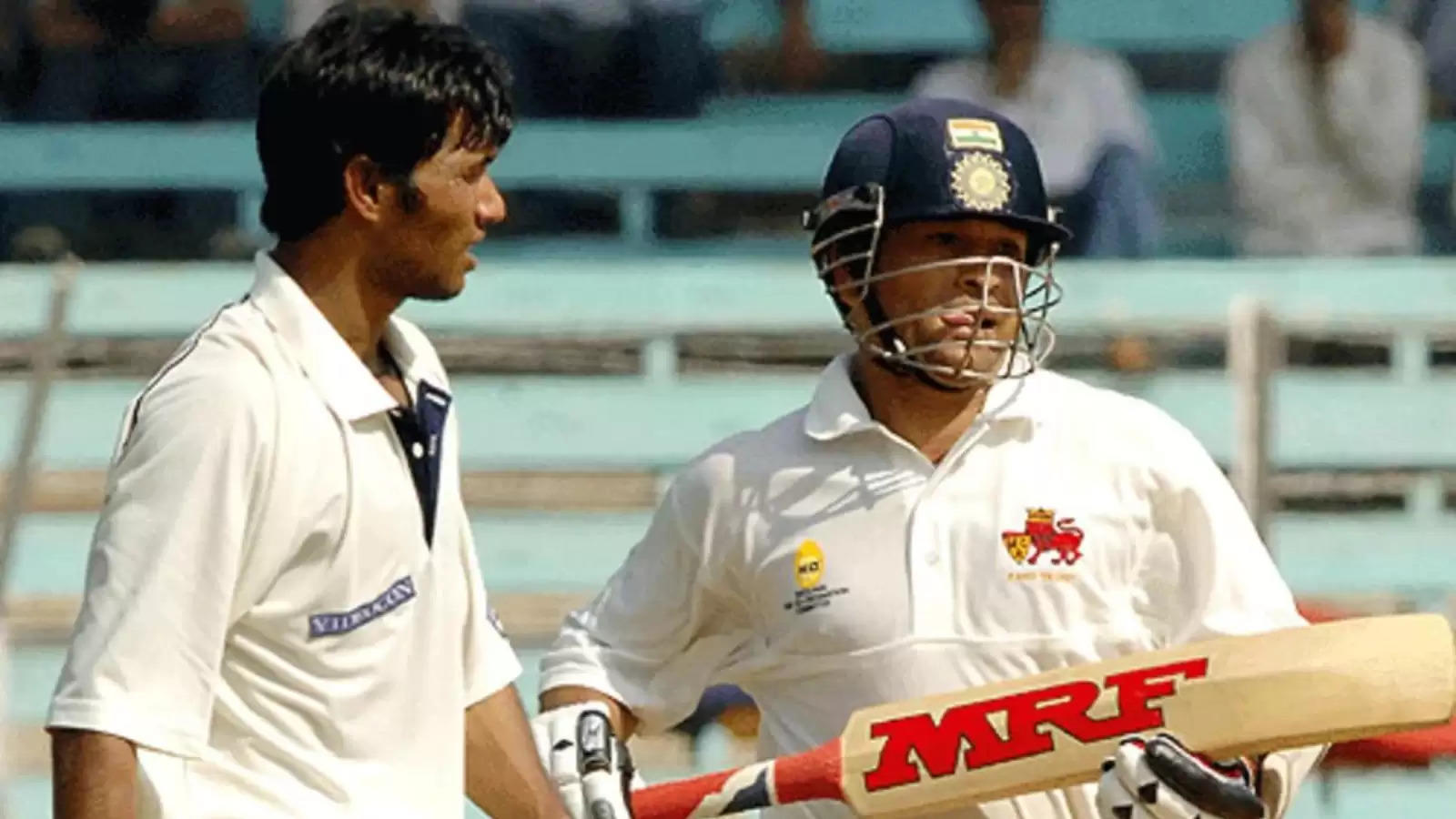 Dinda hit Tendulkar on his elbow, and followed that with a glare.

Sachin Tendulkar, one of game’s greatest and an inspiration to many, has had several interesting on-field duels during his playing career lasting well over two decades. There have been times when fast bowlers have tried to rile him up and unsettle him, only for him to unleash his fierce best, as was the case against Zimbabwe’s Henry Olonga in Sharjah in 1998, and against Australia great Glenn McGrath during a Champions Trophy 2000 clash in Nairobi.

Deep Dasgupta, the former Indian wicketkeeper recollected a similar incident featuring the maestro, during the Ranji Trophy 2006/07 final played between Mumbai and Bengal at the Wankhede Stadium, Mumbai.

Mumbai, led by Amol Muzumdar, boasted several internationals in Tendulkar, Wasim Jaffer, Zaheer Khan, Ajit Agarkar and Ramesh Powar as well as young Rohit Sharma and Abhishek Nayar in their XI. Sourav Ganguly was the most notable presence in the Bengal XI, which also included Manoj Tiwary and Rohan Gavaskar.

BCCI Secretary Jay Shah added on to Ganguly's words 🗣️: "We are taking several steps to raise the profile of the sport right from the grassroots level and hosting the World Cup will further boost the popularity of the sport in the country."#WomensWorldCup #ICC pic.twitter.com/hkPwRU8Yln

Dasgupta, the Bengal captain then, had asked his young speedster Ashok Dinda to control his emotions while bowling against Tendulkar.

“It was the Ranji Trophy final between Bengal and Mumbai,” recalled Dasgupta, while on air during the third West Indies vs India ODI in Trinidad on Wednesday, July 27. “I was the captain of Bengal, we had won the toss and opted to bowl. It was a wet wicket and they had lost a few quick wickets. It was a proper Mumbai side, with Zaheer, Ajit, Rohit.. you name it.

“They lost two wickets early and Sachin came out to bat. It was the first season of Ashoke Dinda, he was young and fast. I had already told him, 'With Sachin, you just come and bowl'. Dinda had this habit at that time that whenever he would beat the batter, he would just take 2-3 extra steps in his follow throw and glare at him. So, I categorically told him, 'Don't say anything to Sachin'.

However, the exuberance of youth took over in Dinda, who chose to let Tendulkar know that he was up for a challenge.

"Then, on one ball, he bowls a little short, it bounces off the wicket and hits Sachin on the elbow. He shakes his hand, it was clear that he was hurt. And then, Dinda comes and starts glaring at him. I was like, ‘What are you doing man!’. I came running towards him, put my hand on his shoulder and said, 'go back, go back'. And then, Sachin got an 80 or a 100 (105). So, you got to be careful about what you speak to whom. Because players like him can punish you."

As it turned out, Tendulkar would go on to get one of his 81 first-class hundreds in the first innings, and follow that up with 43 in the second as Mumbai registered a comfortable 132-run win to register their 37th Ranji Trophy win.