England vs West Indies, 1st Test: The umpire’s call in DRS and how it affected the first Test

Cricket is back and alive! After nearly four months without international cricket, the sport seems to be back on its feet. England and West Indies played out a riveting and a fascinating Test match. It was Test cricket at it’s very best and we had five days of excellent cricket. The men from the Caribbean […]
By Sahil Jain Mon, 13 Jul 2020 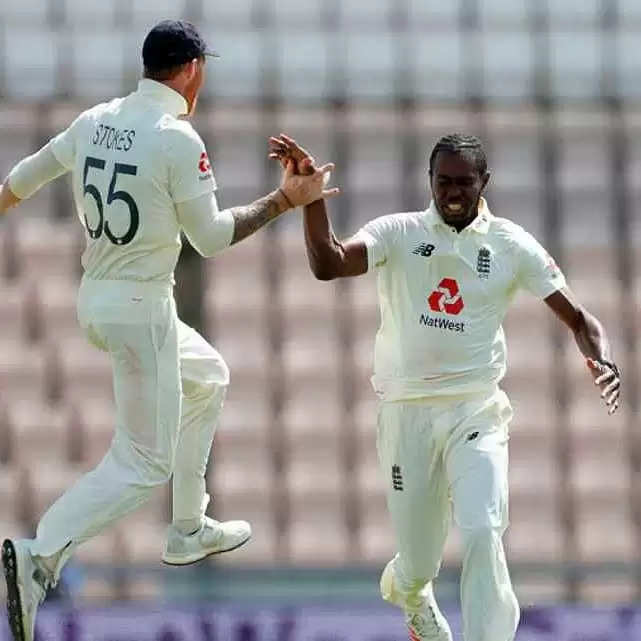 Cricket is back and alive! After nearly four months without international cricket, the sport seems to be back on its feet. England and West Indies played out a riveting and a fascinating Test match. It was Test cricket at it’s very best and we had five days of excellent cricket.

The men from the Caribbean were brilliant and came out on top to take a 1-0 lead in this three-match Test series. Right from the get-go, be it with bat, ball or in the field, they hit the right tone. Eventually, Jason Holder and his men held their nerve to chase down 200 with four wickets in hand.

While there were a few players under the scanner in this Test match, there were two more people on the field under scrutiny. The two on-field umpires, Richard Illingworth and Richard Kettleborough were constantly under pressure and they didn’t have the best of games.

And the Decision Review System (DRS) played a big part. Before cricket resumed again, the International Cricket Council (ICC) had tweaked the DRS rules. With only local umpires available and taking the inexperience into account, they increased the numbers reviews from two to three per innings.

There were reviews left, right and centre. In fact, it started in the very first over of the game and kept going on until the final session. As many as 22 decisions were reviewed in this game. Nine of them were overturned (West Indies themselves had seven decisions overturning in their favour) and 13 were struck down, which included five umpire’s call decisions.

The umpire’s call has been one dicey and frustrating part of the DRS. It can work for you or against you as well. Before, the LBW DRS rule used to be that at least half of the ball should hit the stumps and just below the bails. In 2016, that was amended, the zone in which the ball could hit the stumps was widened but it still had to be below the stumps.

The change in rule in 2016 increased the liberty by half a stump on either side (off and leg). It was to encourage the umpires on the field to make decisions and give them the benefit of the doubt instead of the batsman or the bowler. Yet, the umpire’s call remains one of the most frustrating parts of the DRS.

It was no different in this first Test between England and West Indies at the Ageas Bowl in Southampton. From the very first over, the umpire’s call came into play. Kemar Roach got one to nip back into the left-handed Rory Burns from around the wicket. The England opener did not offer a shot yet the umpire gave him the benefit of the doubt. West Indies sent it upstairs and the ball-tracker showed it would’ve clipped the off-stump. But alas, umpire’s call it was.

Generally, umpires are pretty strict on batters not offering a shot and if it hits their pads. However, Illingworth didn’t come down hard on Burns. Imagine, if that was given out. A wicket in the first over, followed by another in the next. England two wickets down without a run on the board. Maybe, West Indies would’ve dominated the Test match throughout. 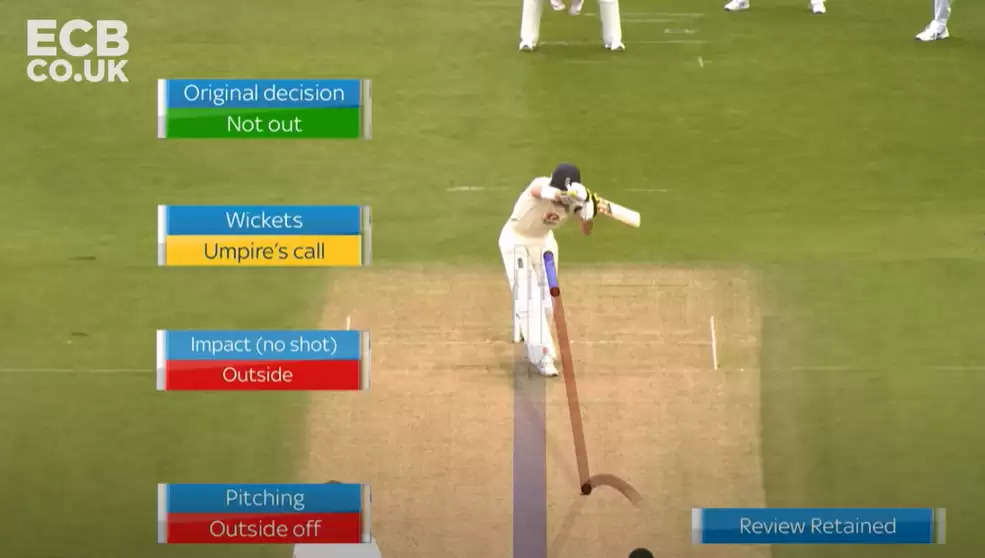 That was the only review on the first day. On the second, West Indies reviewed as many as six times, getting five of them in their favour. None of them had an umpire’s call verdict.

On the third day, Ben Stokes had Kraigg Braithwaite pinned in front. It did look a touch iffy with the height but umpire Kettleborough raised his finger. The West Indian opener reviewed, only to be struck down by umpire’s call. Not only on height where ball-tracking showed it was clipping, but even the impact was umpire’s call. Braithwaite is someone who bats big and bats long. It was another umpire’s call that went against West Indies.

On the fourth evening, Alzarri Joseph was in the middle of a red-hot spell. He had nipped out a couple of wickets and seemed to be in very good rhythm. Dom Bess came out to bat and the first ball he faced, he was struck on the pads. It was given not out on field and Holder challenged the call. Ball-tracking showed it would’ve just clipped the stumps and this was probably the first umpire’s call that was justified in the Test match.

The final day had more drama and in fact, there were a couple of umpire’s call decisions that could’ve changed the course of the Test match and maybe, the result as well. It was the last over before lunch. Jofra Archer had already wreaked havoc with a couple of early wickets and Mark Wood had joined the party too. Dom Bess came in and started causing problems as well. He was getting some good purchase from the track.

In his second over, he had Roston Chase in trouble with a sharp off-break. The West Indian off-spinning all-rounder looked to defend but missed. Umpire Kettleborough thought long before denying the appeal. England reviewed. Ball-tracking showed it hit in line but it was clipping the stumps. It was a tight and a marginal call. Who knows, the wicket of Chase there and West Indies go into lunch four down. But Chase dug in with Jermaine Blackwood to take West Indies to safe waters.

It was Dom Bess again in the 39th over who faced the wrath of umpire’s call. England had just got the wicket of Chase and were starting to build pressure again. Bess again got one to turn and beat Shane Dowrich’s inside edge and hit his back pad. On review, impact showed umpire’s call but it was hitting the stumps. An iffy LBW decision going against England at a crucial time. In such tight run-chases, they needed such small things to go their way but it didn’t. Dowrich played a handy knock of 20 and added 68 with Blackwood for the fifth wicket.

Five umpire’s call decisions and four of them could’ve easily been given out. You could argue that both teams had their moments with the umpire’s call. West Indies were in the firing line twice and so were England. But to think of it in context, England needed those decisions to go in their favour as they came at key moments and crucial junctures on the final day.