Is it Mayank time in ODIs yet?

Mayank Agarwal has become a common name in Indian cricket no time. It was only in December 2018 that he walked out at the MCG on Test debut and scored a stroke-filled 76. And in less than a year, he has established himself as India’s premier Test opener and has cemented his spot. He’s adapted […]
By Sahil Jain Thu, 21 Nov 2019 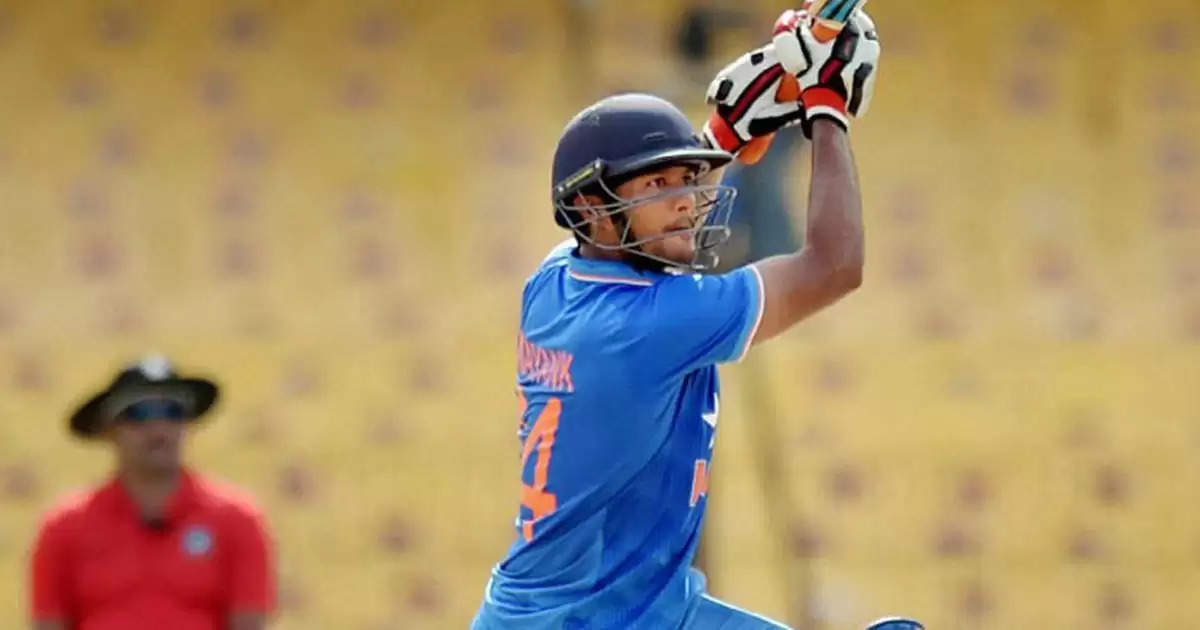 Mayank Agarwal has become a common name in Indian cricket no time. It was only in December 2018 that he walked out at the MCG on Test debut and scored a stroke-filled 76. And in less than a year, he has established himself as India’s premier Test opener and has cemented his spot.

He’s adapted beautifully and after missing out on the first three occasions, he has converted all his three fifty-plus scores into hundreds and two of them have been double tons. This has been some reward for the hard work, consistency and determination that the Karnataka batsman showed for every team he has turned out to play for. 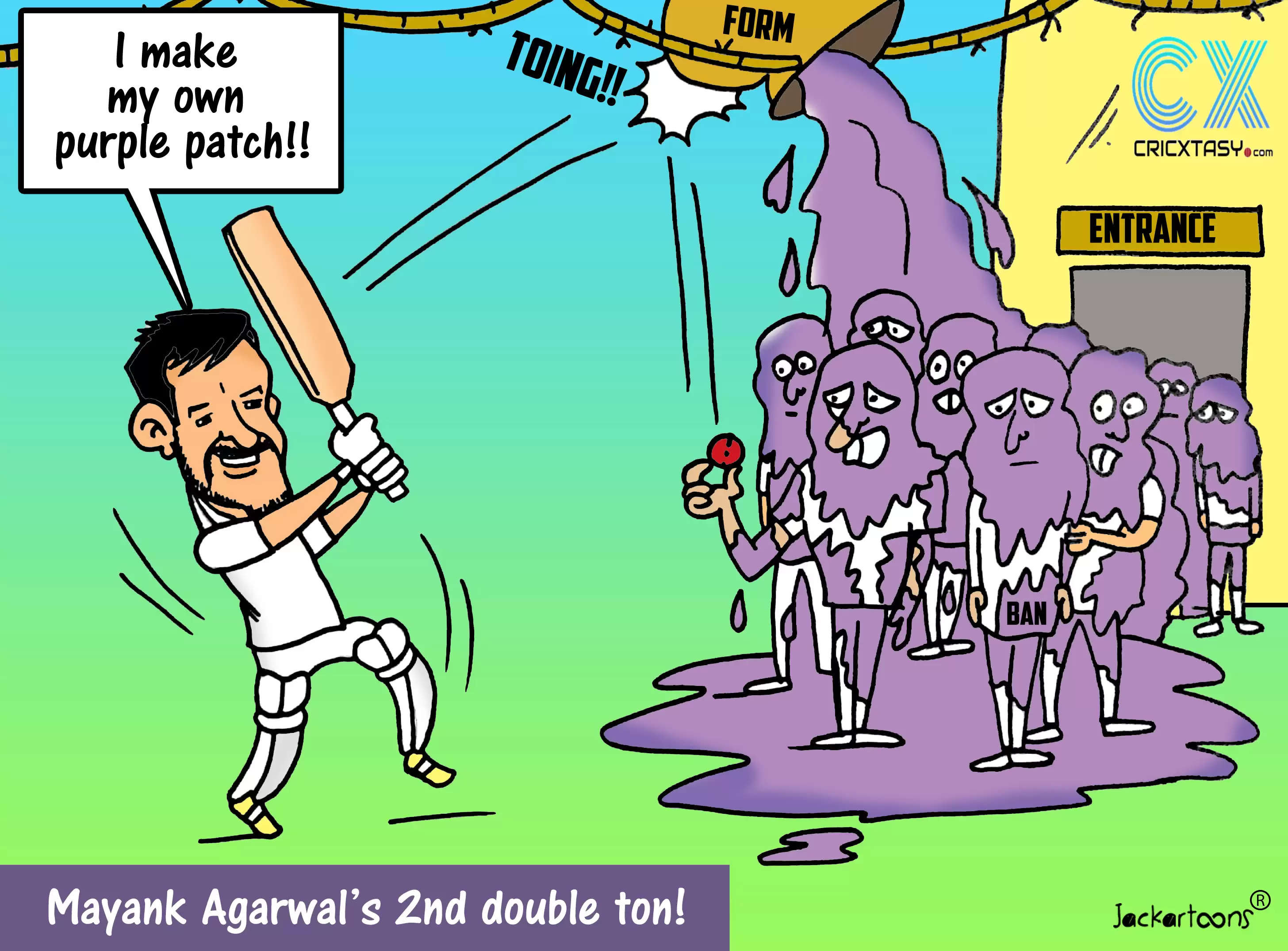 It’s been almost a decade since Agarwal has been around. When his name first circled around the Indian domestic circuit, it was due to his exploits in the white-ball cricket. In 2011 (at 20), he was walking out alongside Chris Gayle to open the batting for the Royal Challengers Bangalore (RCB).

The stroke-play was always attractive but consistency eluded him. It took him three years to make his first-class debut and the inconsistency continued. But the turning point was the 2017-18 season where everything he touched turned into gold. With 1000 runs in a month and a triple ton, Agarwal owned the Ranji Trophy. Irrespective of the format, Agarwal piled on the runs. He literally broke the selection door down and when the chance arrived, he was more than happy to grab it.

Agarwal was called up as a replacement player towards the end of the 2019 World Cup but didn’t make his debut. His name has been circling around for another white-ball call-up. The selectors are going to meet to pick the teams for the upcoming ODI and T20I series against West Indies. Agarwal’s name is definitely going to be discussed.

Reports emerging show that Rohit Sharma will get some well-deserved rest after a hectic year. KL Rahul might slot back in at the top. Thus, Agarwal may be picked as a third opener but there is a certain Shubman Gill who may be fighting for the same spot. Meanwhile, Shikhar Dhawan’s form since he returned from injury hasn’t been the best. Be it international cricket or domestic, Dhawan has struggled. There may be a possibility that the Delhi left-hander may be dropped at least from the T20I side and may be given a break.

Agarwal will come into the picture then. When we talk about Agarwal’s phenomenal run from the start of the 2017-18 Indian domestic season till his Test debut, we often tend to speak about red-ball cricket. His exploits in the Ranji Trophy and with India ‘A’ are more talked about. But his white-ball game has been just as good. The Karnataka batsman constantly scored runs. He even moved up and down the order a bit which allowed some flexibility and showed that he can adapt. In 2018, he was the second-highest run-getter in List ‘A’ cricket – 1726 runs at an average of 61.64 and a strike-rate of 106.08.

It is high time that Mayank Agarwal opens in ODIs and T20s for India.

In fact, Agarwal has also shown he can switch formats quickly. Just a day after India finished their Test series against South Africa, he flew back to represent Karnataka in the semi-final and final of the Vijay Hazare Trophy. In those two games, Agarwal stood out. He remained unbeaten and guided his team home in both those games. Moreover, he batted away from his preferred opening slot. He moved to No. 3 and yet, was comfortable. The 28-year-old then scored a ton in the Deodhar Trophy.

There’s absolutely no doubt that Agarwal is in the form of his life. No player has more Test runs than him since his debut last December. But it’s the intent and his approach that has been the most impressive part. While he’s been cautious at the start, Agarwal loves picking up some pace as his innings builds on.

The way he plays spin is another strong aspect of Agarwal’s game. He hardly lets them settle and loves playing the big shots against them. And it’s more calculated than anything else. He plays on the minds of the spinners. Agarwal has shown that he has the power game as well.

Moreover, the Bangalore-born has a wonderful List ‘A’ record. He averages 50.90 and has a strike-rate of 101.57. If there was a time for Agarwal to be picked in the ODI side, it is now. He seems to be in the best phase of his career so far and is hitting the ball beautifully. He’s watching it like a football and the timing is right up there as well.

Yes, there are Shubman Gill and others hovering around, but this is the right time to bring in Agarwal. He cannot put a foot wrong and India need to make the best use of this Agarwal and build towards the next World Cup which is slated to take place in India in 2023.