Bhuvneshwar Kumar: Should India bank more on him in the powerplay or death overs?

Bhuvneshwar Kumar boasts an enviable skill-set with his resourceful swing and seam bowling despite not boasting express pace, but it’s the simplicity and the level-headedness that sets him apart.
By CX Staff Writer Sat, 22 Oct 2022 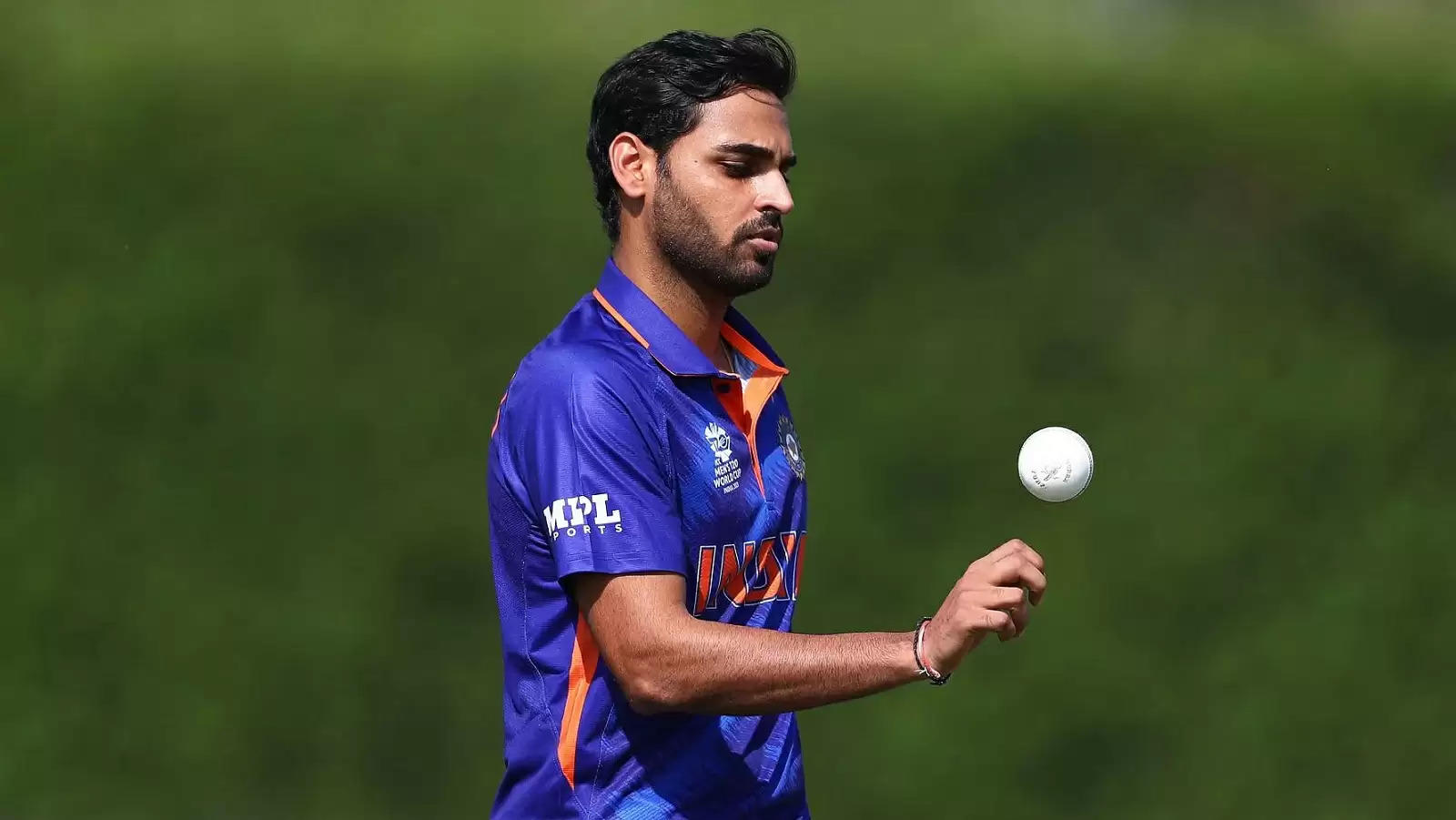 With India without the services of injured Jasprit Bumrah at the T20 World Cup 2022, a lot hinges on Bhuvneshwar Kumar - the country’s leading wicket-taker in the format - if the team is to go the distance in the competition.

It might’ve been over three months in a T20Is packed season, but the memories of that Bhuvneshwar Kumar ball to Jos Buttler is still fresh. A booming inswinger that starts well outside off, and slants back in significantly to breach the right-hander’s defence and hit the leg-stump to send back the England skipper for a first-ball duck in the first of three T20Is in Southampton.

That piece of magic was produced against a man at the peak of his powers - in his previous two international outings, Buttler had tonked 162*(70) and 86*(64) respectively, which was preceded by an all-conquering IPL season with a staggering 863 runs including four hundreds.

You think of Bhuvneshwar Kumar and some of the earliest memories are those of Mohammad Hafeez’s off-stump cartwheeling after a misjudged leave, AB de Villiers being squared all ends up at the Wanderers, and the likes of Aaron Finch and Martin Guptill being rattled by the extravagant, yet controlled swing (and at times seam) at almost a monotonous ease.

Much of India's T20 World Cup fortunes will depend on whether Bhuvneshwar Kumar can solve the yorker puzzle and reattain the cloth of death-overs invincibility.

Magic or unplayable - the usage of these terms are commonly found with regards to a cricket dismissal by bowlers with either two distinctly varied skill-sets: either movement with great pace (think of Wasim Akram and Waqar Younis) or the Shane Warnesque brilliance.

Bhuvneshwar’s approach and methodology is extremely simple, almost metronomic - a neat, repeatable action, smooth run-up and some wristy magic with the release with the all-speed largely into the mid 130s kmph. Interestingly, it’s that simplicity which sets him different from most modern-day seasoned medium quicks.

Is it always about the magic though? Not quite! Adaptability is one of the key factors in assessing a batter’s brilliance, and that doesn’t change for bowlers. Bhuvaneshwar demonstrated exactly that in India’s Asia Cup 2022 opener against Pakistan in Dubai last month. The first two balls of the innings, had Mohammad Rizwan on his toes, fidgeting within the crease with uncertainty, while surviving an lbw-shout and one for caught-behind later.

In his next over, he pitched one full to Babar Azam, who duly drove it back to mid-on, before being unsettled with a surprise bouncer. The speed-gun read just 134 kmph, but the position that the top-ranked T20I batter got in while top-edging the pull suggested much more. The seasoned swing-bowler would reveal that he’d figured out the go-to length for the surface quite early into his spell.

That intensity and approach would rub on Avesh Khan and Hardik Pandya too, with each of Pakistan’s next four being bounced out in an awkward manner. Despite Pakistan’s promise with the ball, India remained in the contest through and through, having registered their opponents to a below par total, an effort that was catalysed by Bhuvneshwar. That performance though would be overshadowed by India’s underwhelming campaign, and Bhuvneshwar’s own struggles at the death thereafter.

Scorecards often don’t reveal or justify the value of a player’s contribution. However, even on wicketless days, Bhuvneshwar has achieved just that. Here’s a man who once returned 0/3 from three overs with the new ball, while bowling against Chris Gayle and Dwayne Smith T20 World Cup game, and had conceded 0/23 from four overs a in an IPL encounter, which saw Chris Gayle smash an unbeaten 175 off 66 and AB de Villiers tonked 31 off 8 in a record total of 263/5, a year earlier.

While Bhuvneshwar has been a reliable death bowler in the past, both for India and the Sunrisers Hyderabad in the IPL, India would be better off using his skills with the new ball to the maximum, given they have Arshdeep Singh and Harshal Patel to lean on in the closing stages. A major highlight from India’s first of two warm-up matches ahead of the competition, against Australia in Brisbane was Mohammed Shami’s brilliant last over - the first set he delivered in T20Is since last year’s T20 World Cup, wherein the speedster bagged three wickets while conceding just four runs to seal a six-run win.

Meanwhile, Bhuvneshwar had started off the innings with five dots and a boundary in the first over, and dismissed Mitchell Marsh in his next during the powerplay. He came back to bowl the 16th over and removed a set Glenn Maxwell to give India an opening. Given his recent run in death overs and the options India possess in Shami, Arshdeep and Harshal - with India likely to play three of the four, they could be well off utilising Bhuvneshwar’s swing and seam first up.

Whether he does fit in the team’s starting XI at the T20 World Cup, and is looked at as a potential death-overs bowler too, apart from being the one to set things up, remains to be seen.