Watch: Bhuvneshwar Kumar gets rid of the in-form Babar Azam with top-notch bouncer

Bhuvneshwar Kumar got the big fish with a bouncer at the start of the high-voltage India versus Pakistan clash.
By Kashish Chadha Sun, 28 Aug 2022 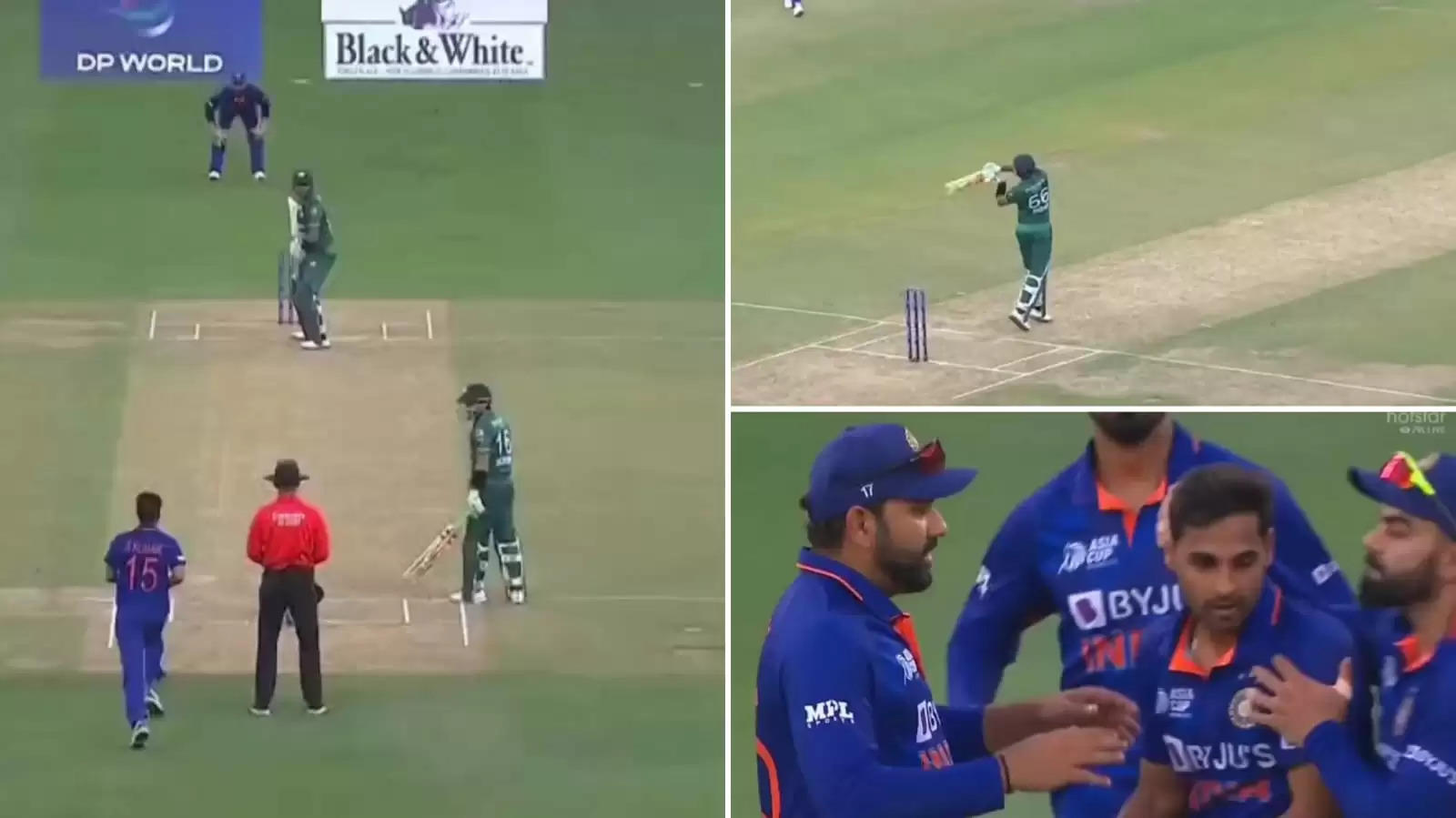 The experienced Indian seamer got rid of the dangerous Babar Azam in Dubai with a superlative bouncer.

The experienced Bhuvneshwar Kumar struck first blood for India in their keenly followed Group A opener at the Asia Cup 2022 against arch-rivals Pakistan on Sunday (August 28).

Bhuvneshwar gave India early footing into their high-voltage encounter by getting rid of the opposition skipper and modern-day batting giant Babar Azam with a superlative bouncer.

The veteran quick set up Babar exceptionally, surprising him with a pinpoint accurate bouncer after plugging away at the channel outside the off-stump against him.

Bhuvneshwar Kumar got Babar, a strong backfoot player, out with a bouncer that the rising Pakistani star could only top-edge on an attempted pull shot to the hands of the fine-leg fielder.

Bhuvneshwar Kumar gets Babar Azam with a bouncer

India got the dangerous Babar out in the second half of the third over in the Pakistan first-innings batting effort. Running into bowl against the in-form right-hander, Bhuvneshwar Kumar got the ball to rise alarmingly at him and saw him miscue his pull shot to behind square on the on-side.

Placed next to wicketkeeper Rishabh Pant, fine-leg fielder Arshdeep Singh then took a comfortable catch to send the mighty Babar back to the Pakistan dugout, triggering a round of huge celebrations for Bhuvneshwar and the rest of the Indian players.

Sensing the importance of the breakthrough, even the calm and sedate Bhuvneshwar didn't mind expressing his happiness briefly before joining his Indian teammates. Captain Rohit Sharma was quick to congratulate his player, with former skipper Virat Kohli giving the pacer a much-deserved tap on the back.

The scene was of complete contrast for Babar, who would've been distraught to have gotten out on a bouncer by Bhuvneshwar considering his well-known prowess and range off the backfoot.

Babar would've also been determined to retain wood over India after a terrific outing against the neighbours at the T20 World Cup in UAE last year, where he led his team from the front to a comprehensive win.

Leading the Indian pace battery in absence of injured Jasprit Bumrah, Bhuvneshwar Kumar would've been jubilant inside for providing India such a strong start to the tournament.