The current cricketing world through the eyes of Shane Watson

It’s been almost two decades since Shane Watson has been around. The veteran Australian all-rounder played international and first-class cricket for nearly 15 years. He may have retired from all international cricket back in March 2016, but he is still pretty active in a few T20 leagues around the world, most notably the Indian Premier […]
By Sahil Jain Tue, 5 May 2020 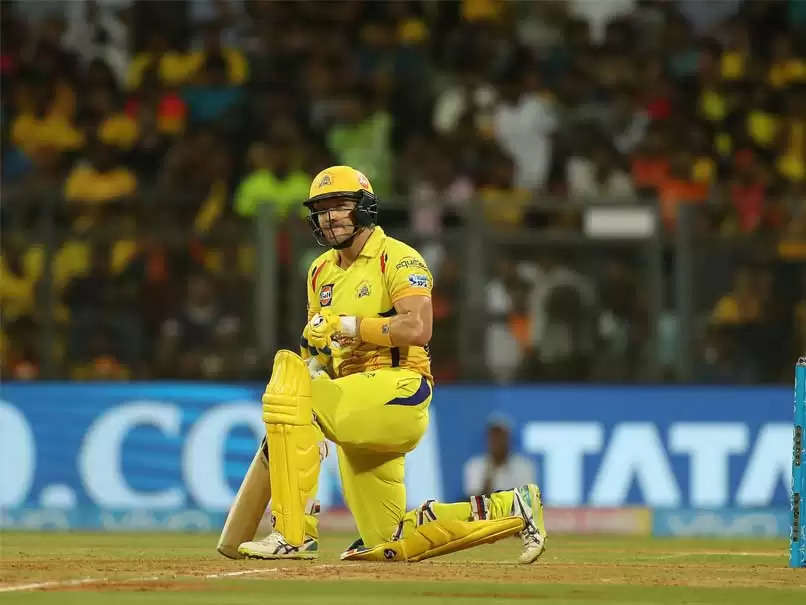 It’s been almost two decades since Shane Watson has been around. The veteran Australian all-rounder played international and first-class cricket for nearly 15 years. He may have retired from all international cricket back in March 2016, but he is still pretty active in a few T20 leagues around the world, most notably the Indian Premier League (IPL) and the Pakistan Super League (PSL).

Having played 137 first-class matches, 265 List ‘A’ games and 332 T20s with these spanning all over the world, there’s absolutely no doubt that Watson has a rich wealth of experience. He may not have had big numbers or standout stats, it was all about the impact he created and his ability to step up in big games. It was like once Watson got going, it was tough to stop him, especially in white-ball cricket.

Watson still seems to be growing strong, even at 38 (he’ll turn 39 next month). But he does have a few concerns for the current generation that’s playing the game. In his article on t20stars.com, ‘The new age of Hyper-Professionalism’, Shane Watson opens up about how cricket was back when he started playing and compares the difference between now and then.

“I had a deep understanding of how fortunate I was to come along at this time when cricketers had contracts, multi-year deals at times, there were match payments and there was even injury payments. So I never ever took this for granted,” Watson writes.

There’s absolutely no doubt that cricket has evolved big time in the last two or three decades. Watson points that out correctly and says that the game has gone from a semi-professional sport where there were no contracts to just payments with respect to particular matches in this day and age. There’s cricket all around. In fact, in this day and age, even the ones not playing international cricket are bound by contracts with T20 franchises all over the world.

Take Watson himself as an example. He stopped playing international cricket four years ago but he is still bound to Chennai Super Kings (CSK) with a three-year contract unless they terminate it early. There are multiple cricketers going around who thrive on such T20 contracts.

“From an international cricketers point of view, and this was before the T20 era, there were more spaces in between games and series’ so there was time to enjoy the life you were living.”

In the ‘The Good Old Days’ part of his article, Watson tries to iterate the point of a hectic schedule. Today, the players are on the road way too often and they are eating, sleeping and breathing cricket all the time. That’s how the requirement has come down to. However, Watson fears mental health of the players will be an issue quite a lot going forward.

There have been a few players who’ve have issues with their mental health over the last year or two. Players have been bold and open enough to come out and admit and take a break from cricket. While their openness is a good sign but the mental breakdown and the mental illness is becoming a serious problem in the cricketing world.

However, back when Watson started his international career, there was hardly any T20 cricket. But now, with every nation coming up with its own T20 league and the monetary benefit that the players get, it’s hard for them to turn down the offers. Even on a cricketing point of view, it helps them improve. Take the Indian Premier League (IPL) for instance, the best from around world cricket rub hands with and against each other. So, why would a cricketer leave a hefty pay-cheque contract which will only benefit him financially as well as career-wise and opt for a two-month break?

But Watson even makes a valid point on how players are pressurized with media, documentaries and even being mic’d up during a game which adds to the mental health miseries. However, isn’t that the technology these days? These players need to live with all of these pressures. They’ve become a part and parcel of the game and might just continue to grow as well, who knows.

While Watson’s mental health concerns are valid, it’s just the nature of the game and that’s how the cricketing world is moving as well.

“But does a player need to be mentally and physically fatigued going into every season that they play as this is the norm now,” Watson writes as tries to further elaborate the issues on mental health and off-seasons.

Players who play all three formats barely have any time off. They are on the road for the most part of the year, living off suitcases. Even young budding cricketers who play first-class and other domestic cricket have a busy schedule. They have pre-season camps, intense training session in their offseason and what not. Hell, even the IPL and other T20 leagues around the world have a pre-season camp.

Watson is spot on with his point when he talks about burn-out. With cricketers being paid well, they are expected to put in the hard yards. Yes, it’s vital to work hard, keep oneself fit, work on his/her game. But fatigue plays a huge role. Why do you think AB de Villiers retired early? He just didn’t have enough in the tank and was ‘tired’.

Why do you think the likes of Virat Kohli and others keep taking a break or two here and there. It’s because they want to keep themselves fresh. The intensity of cricket they play is on another level and they want to recharge themselves once in a while.

It’s true that youngsters can’t afford to do that. They cannot take breaks as they wish. But they need to cut down on lengthy pre-season camps, irrespective of where they are could be a solution. Taking time off sometimes helps and that’s exactly what Watson is worried about.

“We as a sport equip our current and future generations with the skills outside of their cricket to take on the transition into their next phase of their life in the most seamless way possible,” Watson adds in his next part.

This is one topic that needs to be discussed quite a bit. There are millions of people who want to become professional cricketers all across the globe. They want to represent their states, countries and even play franchise T20 cricket. However, combining all of those, only a few hundreds or at the maximum, a handful of thousands get to live their dream. And all of them want to play for their countries and barely about 20-30 players hang around the national team.

So, what to do if not cricket? Watson points out a very important point that there is a big need to develop a skill apart from cricket as well. Even those playing at the highest level or the one just below that need to have another skill outside of cricket. It’s not for now, it’s for the phase of life which no one has seen.

Not all of them can become coaches or commentators. Yes, some earn a living for a lifetime from their careers. But what about those who don’t? They seriously need a second skill to survive and sustain. It’s not just limited to studying further. It can be anything. It can either be studying and earning a degree, working somewhere or even starting one’s own business.

“I believe that we will be surprised how good our cricketers turn out to be as they will be much more efficient and effective at training with their skill development as well as seeing the next generation seamlessly transition into the next phase of their life with a lot less stress and worry around what the hell they are going to do once playing is done,” Watson finishes off.

Watson just extends his point on cricketers having a second skill and that’s a fair one. How about cricketing bodies, states and also the players themselves not put everything into the game. It could well bring the efficient and effective side out of cricketers, as Watson states. In fact, cricketers might not have the stress of what if this doesn’t work out or what will they do once they are done playing.

A second skill might just give them that extra confidence and that extra edge and drive to exceed in this game. Hence, this could bring the importance of life and other aspects to light. And it could well bring the best out of them with them as they might go in or have a mindset of nothing to lose and they perform freely.