What next for India’s ODI team?

The bitterly painful loss in the third one-dayer in Cape Town not only drew curtains on the forgetful tour of South Africa but also highlighted the longstanding issues holding India’s ODI team back. The days of domination seen in 2018-19 are long gone and the time for transition is right here. Since the start of […]
By Kashish Chadha Tue, 25 Jan 2022 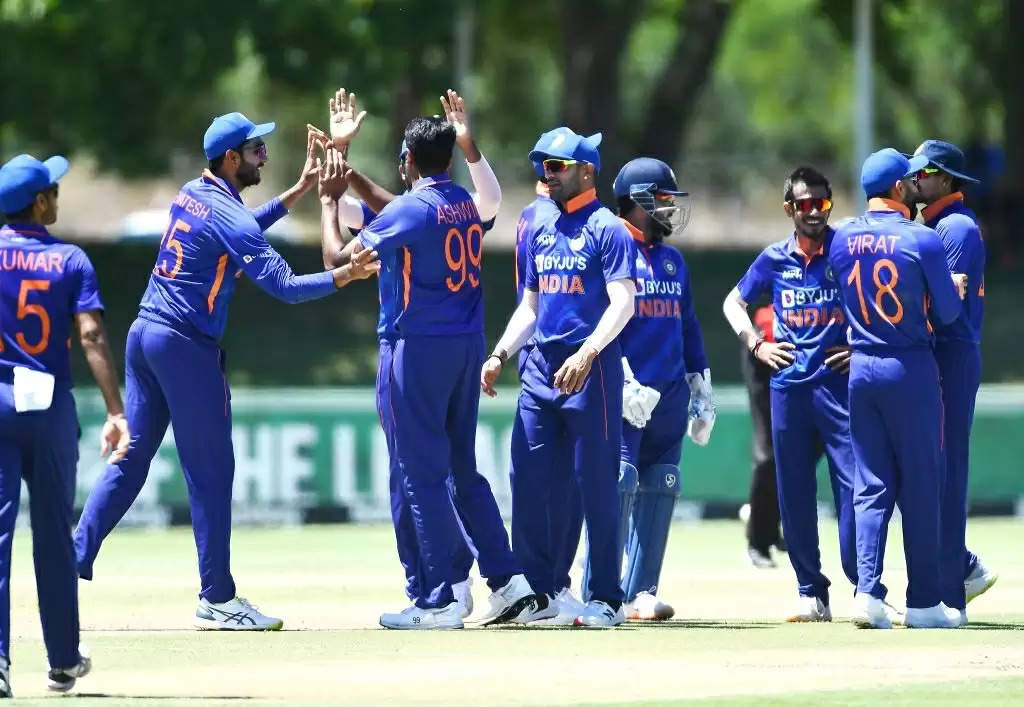 The bitterly painful loss in the third one-dayer in Cape Town not only drew curtains on the forgetful tour of South Africa but also highlighted the longstanding issues holding India’s ODI team back. The days of domination seen in 2018-19 are long gone and the time for transition is right here.

Since the start of 2020, India have now won just 7 and lost 11 of their 18 ODIs. India’s ODI outfit has suffered 3-0 series whitewashes in New Zealand and South Africa, either side of being crushed 2-1 in Australia. A stark contrast from the 2018-19 cycle where they won their corresponding series in these countries.

While not playing the ODIs regularly in Super League days has certainly played its part in this downward curve, the losses at the same time have exposed India’s soft underbelly and areas they have to improve upon.

Still, it’s not all doom and gloom, as the team certainly has the potential and the depth when at full-strength to regain their winning mojo and enter the 2023 World Cup as favourites. These were on display in parts during the 3-0 series whitewash in South Africa as well.

Here is a list of flaws, areas of concern and one big positive for India’s ODI outfit to take forward from this tour. 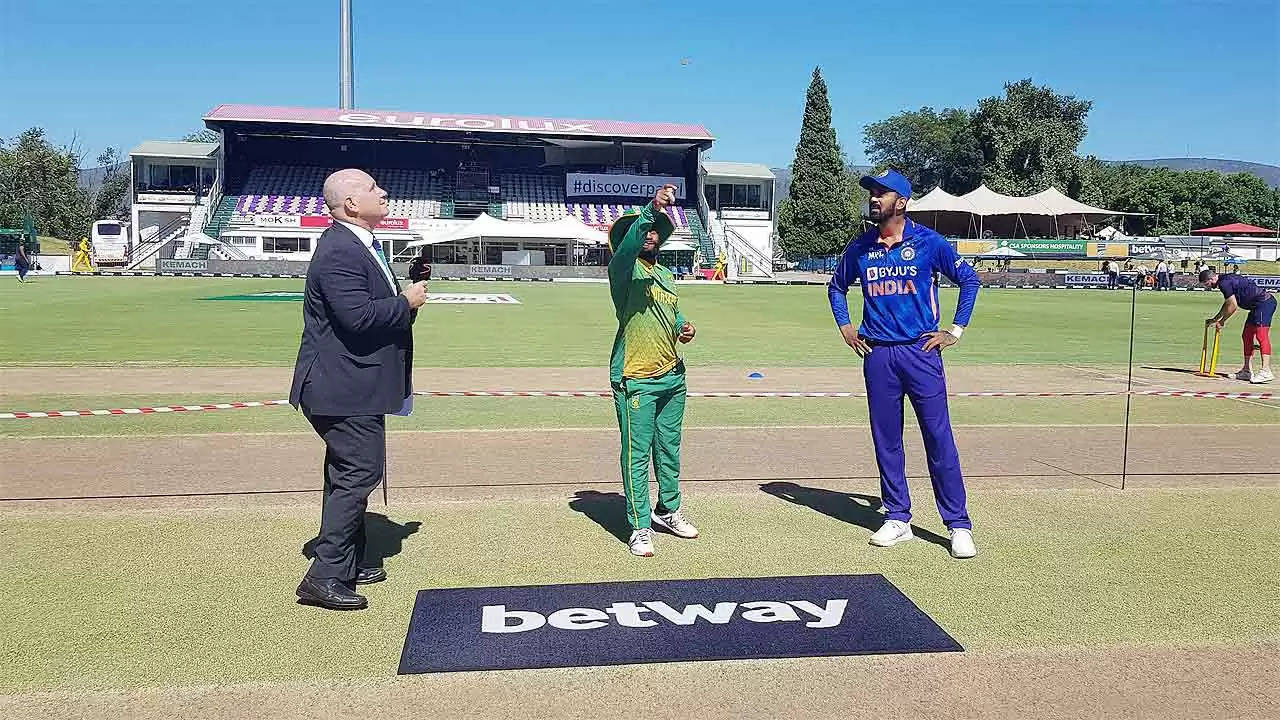 1. Shikhar Dhawan has a lot of cricket left in him

Heading into the ODI series against South Africa, Shikhar Dhawan had averaged 52.09 with a strike-rate of 92.04 since the 2019 World Cup for India. Yet, if there was a player whose place was under the most scrutiny it was him. His age and the emergence of younger options triggered these misplaced debates. Dhawan’s struggles in the Vijay Hazare Trophy for Delhi didn’t help the case either.

In this context, Dhawan, whose India career has been reduced into an ODI specialist, needed to send a befitting reminder of his class and prowess. And, the left-hander did that exceedingly well. Dhawan made scores of 79 off 84, 29 off 38 and 61 off 73 in these three matches.

On tricky, slowish uneven surfaces in Paarl and Cape Town, Dhawan took the aggressors’ role at the top and looked India’s most fluent batter at the crease. The 36-year-old silenced his critics brilliantly, keeping the naysayers at bay to remind his value to India’s ODI team.

Rahul’s return to the top was one of India’s eye-catching moves ahead of the series. After cementing his place in the middle-order since the start of 2020, Rahul, the stand-in skipper, decided to move back to the top of the order in absence of Rohit Sharma. This, partly to take more responsibility, anchor the innings and partly to avoid having to bench one of Rishabh Pant and Shreyas Iyer.

But while Rahul tried to do his job earnestly, there is a feel outside that, in doing so, he limited his wings and didn’t do justice to his potential. Rahul made scores of 12 and 9, either side of a slow but important 55 in the second ODI. There was an obvious attempt on Rahul’s part to cut down risks but did he overdo that at times, especially when South Africa used their part-timer Aiden Markram?

From a neutral perspective, it does seem that Rahul is at his best when he doesn’t have to think too many things at No.5 and is pushed into a corner where he is forced to attack. It unleashes the beast inside him. And thus, it would be best for the team that the moment Rohit recovers, Rahul goes back to doing the middle-order duties.

3. Rishabh Pant at 4? A dynamic idea that deserves patience

One feels like tearing his hair apart when Pant dances down the track, looks to hoick a right-arm seamer bowling a line wide outside off-stump to be hauled out in the deep when his team has just lost a wicket and are down 0-2 in the series. Such dismissals trigger angry reactions among the fans and the media.

But that is Rishabh Pant at his worst. At his best, however, Pant picks significantly wiser options even while playing the aggressor’s duty. It was on display during the second ODI in Paarl when he looked to play both Keshav Maharaj and Tabraiz Shamsi with the spin, finishing with a terrific 85 off 71.

It seems there is a definite push for Pant at 4 from the management, now led by Rahul Dravid, who would love to see this ploy materialise and bear the team desired fruits. The idea seems simple: for Pant to attack, destroy opposition plans and fields and keep India in line with the required rate or in loop towards the desired score. To enable his success, Dravid and selectors have two solid anchors in Virat at 3 and Rahul at 5 (at times Iyer), who act as insurers for him to play with the utmost freedom.

Having planned it this way, what Dravid & co need to do is to give Pant an unbroken run of games at 4 – something the previous management lacked a sense of patience and conviction in with most of their middle-order choices – so that he is better accustomed to it and they can better assess his success.

India badly missed the insurance and utility that allrounders Hardik Pandya and Ravindra Jadeja provide to the side at No.6 and No.7. At their best, the duo would help India complete the fifth bowlers’ quota among themselves while also playing power-hitters down the order.

But in their absence, India had to play Shardul Thakur and Deepak Chahar at No.7 in the series. While Thakur and Deepak both reinforced their promise with the bat in Paarl and Cape Town, the absence of India’s regular allrounders had a negative impact on the team’s approach.

India were left imbalanced and in a tricky muddle. Venkatesh Iyer never looked like a No.6. And Thakur the batter at 7 forced India’s top 5 to delay the risks but Thakur the bowler, with his expensive streak, forced them to take more of them. It led to a sense of indecisiveness in India’s batting and lack of depth, quality and clarity in their bowling. They fell 31 short of chasing 297 in the opening game, before failing to defend 288. Thakur’s figures? 0/72 off 10 and 1/35 off 5.

When Hardik and Jadeja are there, India don’t have this tricky muddle and there is a sense of normalcy in their approach with the bat. Dravid also alluded to this absence in his post-match presser in Cape Town, desperate to have his two all-rounders back.

Sticking to this, while both Thakur and Deepak have obvious batting potential, they can’t be regarded as your No.7. And, at a time when the team’s bowling unit is struggling, placing them at 8 for their batting without certainty of them being 10-over banks is also a big risk.

The days of ‘Kulcha’ running through sides in the middle-overs are from a distant past now, as India’s spin prowess went completely missing in this series. India never looked like taking wickets in the middle-overs, where they banked on Ravichandran Ashwin and Yuzvendra Chahal.

While Ashwin’s ODI return seems an experiment that is destined to be short-lived – given the anti-fingerspin rules and regulations in ODIs – Chahal also is experiencing a downward curve in his career since his and Kuldeep’s variations have been found out.

This is one of India’s biggest concerns, as they could ill-afford to constantly lose the period of 11th to 40th over to the opposition with the ball, for it puts serious pressure on their fast-bowlers at the death.

With no obvious solution in sight, for now, India seem likely to persist with Chahal and Ashwin and see how they cope. But in a long-term view, the think-tank may just have to spread the wristspin net wider and give the likes of Rahul Chahar, Ravi Bishnoi a go as potential back-ups.

6. End of the road for Bhuvi? And what is the way forward for backup fast-bowling?

The India-England ODI series played in March last year saw scores in excess of 300 made easily, batting first or chasing, on a flat pitch in Pune. India were missing Jasprit Bumrah and Mohammad Shami, their wristspinners were struggling for control and wickets, and they had a bunch of unsettled backup seamers.

Yet, they won 2-1 against the world’s most explosive and lengthy batting unit. Reason? Bhuvneshwar Kumar, who was the only bowler from either side to go for less than 5 runs an over, while averaging 22.50 for his 6 wickets.

That was Bhuvneshwar at his best, operating like the champion bowler that he is and almost singlehandedly winning India a series. In stark contrast to that, the ODIs against South Africa saw him struggle for any sort of control, with a decline in fitness and pace evident. Figures of 0/64 and 0/67 may not have been that big an issue for the management and selectors. But worryingly, at no stage in those two games did Bhuvneshwar look like pushing the batters back and make them hurry and indecisive at the crease.

For a while now, with the new ball also not swinging in ODIs anymore, Bhuvneshwar’s lack of pace and diminishing fitness has held him back. Since the start of 2020, he is averaging 42.55 with an economy of 5.80.

Bhuvneshwar’s decline and doubts on Shami’s ability to be an all-phase bowler have led to calls for India to open the field and give a new lot of backup pacers a go and audition to partner Bumrah in the long-term. The team management has trialled a promising enforcer in Krishna, a new-ball swing bowler in Deepak and have also brought Mohammed Siraj in their plans. There is a case to be made for Avesh Khan as well.

The coming set of matches in the year offer India a great opportunity to trial their fast-bowling depth and allow the likes of Krishna or Siraj to emerge as Bhuvi’s potential long-term replacements. In an ideal make-up of the side, with the home World Cup in mind, India will have two allrounders at 6 & 7, two wicket-taking spinners and two fast-bowlers, including Bumrah.

India need a pacer who can not only raise their wicket-taking threat in the powerplay but also shoulder Bumrah’s burden in the end overs. Given the control, consistency and skill-level at this stage of their respective development, Siraj looks a more likely all-phase second seamer than Krishna and Deepak.