Why Virat Kohli is the flag-bearer of Indian Test cricket?

“Winners don’t do different things, they do things differently.” If this quote was to get its true relevance, it had to be on Sunday. India steamrolled Bangladesh by an innings and 46 runs to clean sweep Bangladesh 2-0 at the iconic Eden Gardens and make its first Pink Ball Test an occasion to remember, celebrate […]
By Saumin Parmar Sun, 24 Nov 2019 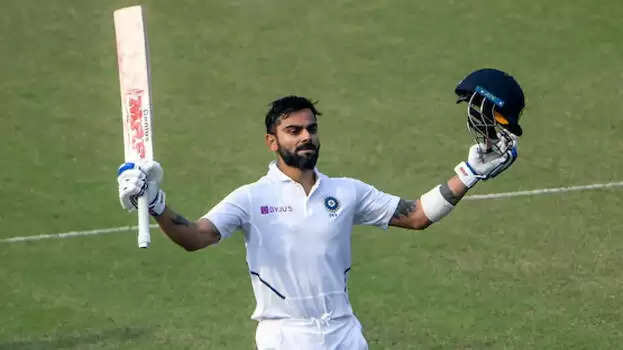 “Winners don’t do different things, they do things differently.”

If this quote was to get its true relevance, it had to be on Sunday. India steamrolled Bangladesh by an innings and 46 runs to clean sweep Bangladesh 2-0 at the iconic Eden Gardens and make its first Pink Ball Test an occasion to remember, celebrate and cheer about in the coming years. It was a total team effort and a collective vision but there is one man who deserves the limelight whose presence itself lights up the team. How could he be anyone else apart from the Indian captain Virat Kohli? A man with so many firsts to his name with the latest being India’s first Pink Ball centurion and a winning captain too.

Well, for the scorecard he did score a classy 136 as a skipper leading from the front, and played the captain’s part in the field. The knock contained 18 flourishing boundaries with some exquisite drives that could make for a perfect postcard and further developed into life-size wallpapers. And while he was dismissed, he had a wry smile on his face at the brilliance of the catch.

On either side of the innings, he shuffled his pace-bowling troops impeccably to leave the visitors in awe. Marshaling Ishant, Shami and Umesh was a piece of cake for him, but he still had to call the shots to make it work. A five-day affair was cut exactly into half, thanks to him holding the reigns.

However, there is an extended version of Kohli to it. Deny this at your own peril, he has got an indescribable aura around him. The one that separates him from the rest, the one that takes him a notch higher than others and makes it hard to believe if one can really be so determined, infectious and imposing.

It is absolute safe to say Kohli is living on a different planet altogether. Not just as a batsman, but as a skipper, a purist who wants the Test format to excel and flourish, and a thorough team player. Not often do you see a player average 50+ in all three formats. Watching him share his wisdom on Test cricket is a sight to behold and a music to the ears.

Records and milestones are just one way to keep a certain section of media and fans entertained, and he is ticking those boxes with effortless ease. By his own admission, he is not a strong believer of these parameters but the number game just plays by itself for King Kohli. With 7 wins in the World Test Championship under him, India are perched atop with 360 points. This was India’s fourth successive victory by an innings margin, the first team ever to do so. As interesting as it may sound, this was also India’s first-ever home Test where all 20 wickets went to the pacers. This was India’s 7th successive Test victory under Kohli, a record streak. He now stands fifth on the all-time captains’ list of most Test victories. An exhaustive list, isn’t it?

Remember Day 1 of the Indore Test when he asked the crowd to stop cheering him and do it for Shami instead? And the latter responded with two quick wickets in the same over just before tea break. That’s the X-factor he brings into the team as a captain and the energy that rubs onto his teammates. This is not a one-off incident, it’s a culture that he swears by. That’s the precedent he has set. He takes the blame for poor outings which is a rarity now, and shares the wins as humbly as he can with his peers. The camaraderie he shares with the batting unit is a treat to savor, while the one with his bowlers is as harmonious as it can get. And the way he supported Wriddhiman Saha calling him the best in the world at the moment in one of his press conferences, that was a captain standing up for his player who needed a boost on his return to the international circuit.

Who lifted the trophy when India secured their record-breaking and historic win on Sunday? It was the uncapped Srikar Bharat who was handed over the silverware by Kohli, continuing the tradition of letting newcomers have their lifelong moments to cherish. It was Mayank Agarwal in Australia, Hanuma Vihari in West Indies, and most recently Shubman Gill against South Africa. He exuded a childlike excitement when Umesh Yadav went hammer and tongs at Ranchi versus South Africa. How he signaled Mayank to go for a double ton in the Indore Test is a testament to his love for the team. And he is a big fan of Jadeja’s sword celebrations too. He is an aggressor and a go-getter on the field, and equally benign and warm off it.

While we get busy in search of another set of adjectives to describe Kohli and his Team India, he has already embarked on his journey of conquering the next milestone, setting a new benchmark and achieving elite heights.