Brevis smashed records at will during his knock in the CSA T20 League while playing for Titans against the Knights.
By CX Staff Writer Wed, 2 Nov 2022 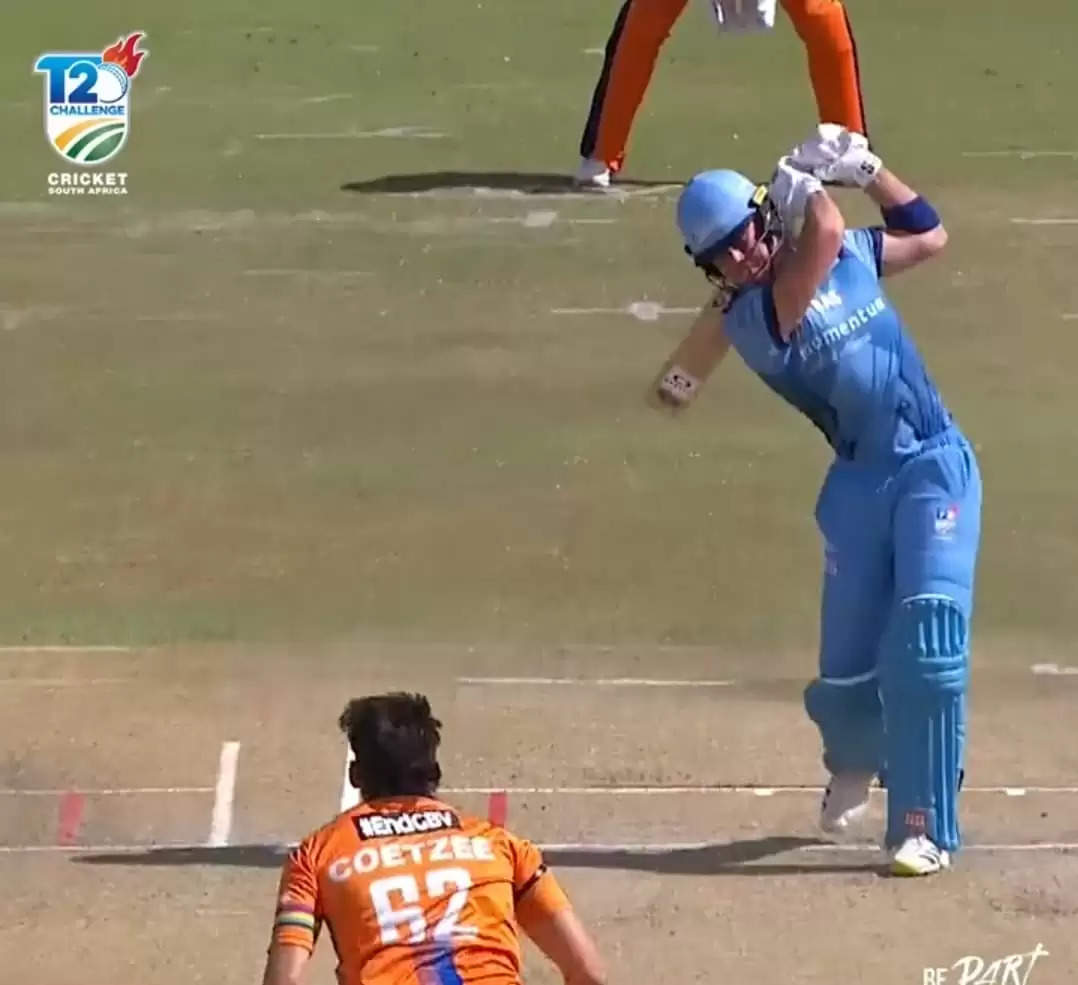 Brevis smacked 13 sixes and as many fours during his 162-run knock.

South Africa’s young sensation Dewald Brevis hogged all the limelight on Monday (October 31). He broke records at will on his way to a mammoth 162 off just 57 deliveries with 13 fours and as many sixes in the ongoing CSA T20 Challenge while playing for the Titans against the Knights. He played some exceptional shots during his record-breaking knock but his no-look sixes have caught the attention on social media and the video of the same has gone viral now.

Brevis’ powerhitting was on show right from the word go in the innings and in the powerplay overs itself, he showcased his ability to hit no-look sixes. Out of the 13 maximums he hit, the star player smashed around three no-look sixes to leave the fans and commentators stunned.

With the confidence he hit those shots, the ball comfortably sailed over the boundary and would’ve been a six on any ground in the world.

Here’s the video of his no-look sixes:

The no-look sixes are just next level, goodness. pic.twitter.com/AtLkzcAvDM

Dewald Brevis, a fan of AB de Villiers, bats exactly like him

Dewald Brevis is interestingly known as Baby AB and his name went viral during the U19 World Cup earlier this year. One of his teammates addressed him as Baby AB for batting exactly like the legendary cricketer. And the shades of De Villiers were visible at the Senwes Park in Potchefstroom on Monday when he thumped the Knights bowlers at will.

Speaking after the game, Dewald Brevis stated that as a young cricketer he keeps watching a lot of De Villiers’ videos. Brevis also revealed that he likes the bat swing of De Villiers. His 162-run knock even prompted the man himself, AB de Villiers to tweet, “ Dewald Brevis. No need to say more.”

“From young - and still now - I watch lots of videos even on Instagram about AB and all these guys, [as to] how they hit the ball. And I like AB's natural bat swing. And back in your head, you get a visual of how the ball goes, how the bat falls and everything. So I try to watch as most as much as possible, and to just also be myself,” Brevis said.