Riyan Parag got under the skins of Harshal Patel, who sledged the batter after being hit for a pair of maximums.
By Kashish Chadha Tue, 26 Apr 2022 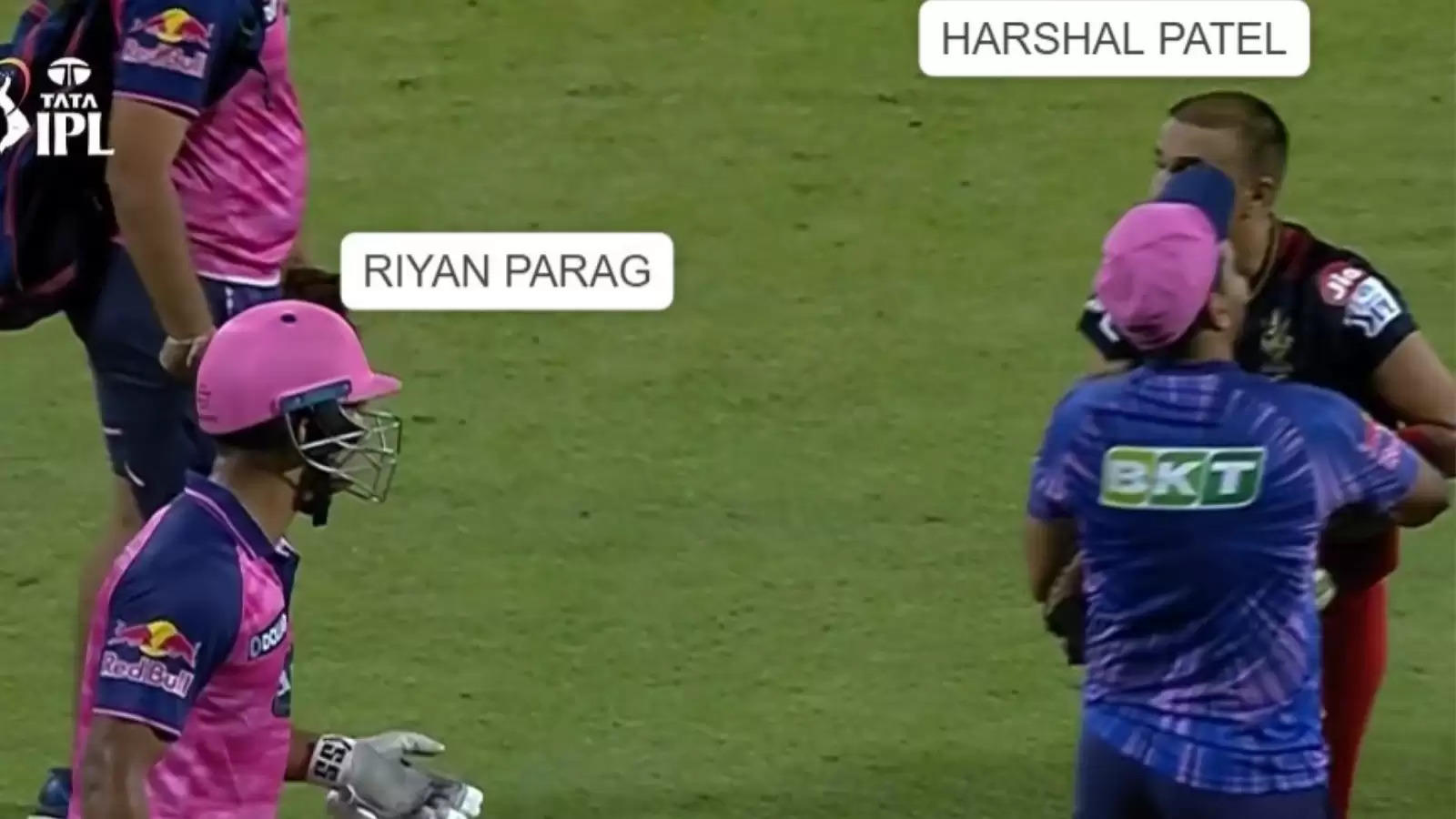 Harshal Patel had a go at Riyan Parag before the batter too responded in equal measure.

A pair of sixes hit by Riyan Parag in the final over seems to have gotten under the skins of even the usually unruffled Harshal Patel this Tuesday (April 26) in IPL 2022. The Royal Challengers Bangalore (RCB) fast-bowler and the Rajasthan Royals (RR) young batter were seen indulging in a heated exchange.

The incident and verbal altercation was seen after the conclusion of RR's first-innings in Pune. As Parag walked off the field following the end of his team's batting effort, Patel went past him and said something to the batter before he responded in equal measure, which led to an ugly verbal feud.

It was Patel who started it off, as he seems to have thrown a sledge or abuse at Riyan Parag when the batter was simply going off the field for the change of innings. This is when Parag waited and returned to finish off what the RCB fast-bowler began.

What followed after Riyan Parag's few steps back was a proper mouthful between him and Patel, who is usually calm on the cricket field. It was disappointing from the pacer to start off a verbal duel when Parag had not said anything to him.

Perhaps it was the pair of sixes that the young RR batter dispatched him for in the concluding over of his team's innings. A rising threat in the end-overs for opposition batting units, Patel had a rare off day, conceding 18 runs to Parag in the 20th over.

One would expect the 31-year-old quick to take such a disappointment in his stride. But in a moment of lost temper, he ran past Riyan Parag and said something to him, which the batter obviously didn't warm upto and reacted in anger at him.

Thankfully, a member of RR's support staff and RCB's fellow quick Mohammed Siraj were there to defuse the tension and ensure that the two cricketers didn't cross the line. The matter settled there and both Parag and Patel went into their respective team's shed.