Sunil Narine was trolled on social media for a hilarious attempt at saving the boundary.
By Kashish Chadha Mon, 2 May 2022 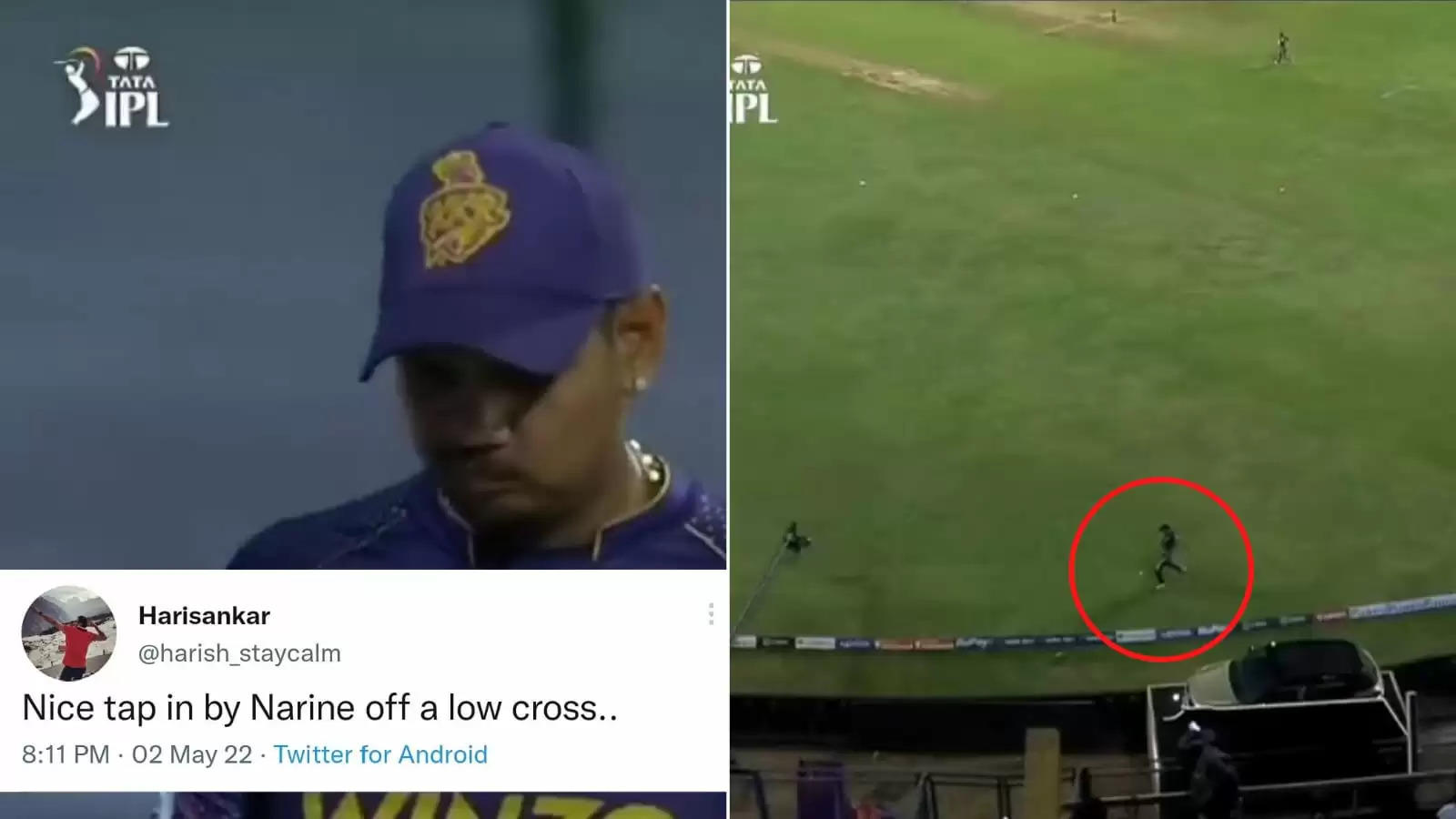 Veteran Kolkata Knight Riders (KKR) cricketer Sunil Narine made a shocking attempt at saving a boundary during his team's IPL 2022 league-stage encounter against the Rajasthan Royals (RR) on Monday (May 1).

Placed in the deep fine-leg region, Narine made an embarrassing foot tap on the ball to unintentionally aid its direction over the ropes rather than making a dive that would've better allowed him to save the boundary.

The shocking attempt involved a thick edge down leg off the bat of Jos Buttler, who had initially gone for a big swing towards the cow corner against KKR pacer Tim Southee but managed a miscued stroke down leg.

Despite the suboptimal connection, the ball raced along the turf of a lightning-quick outfield at the Wankhede Stadium. A dive, however, may have still done the job for Narine, who instead made a shocking one-foot tap to try and keep the ball inside the ropes.

It was one of the most disappointing pieces of fielding seen at this year's edition of the IPL. Coming around the ball from the deep fine-leg region, Sunil Narine made no effort to try and save the boundary via a dive. Instead, the KKR spinner unleashed the bad old foot-tap with his left leg.

To no one's surprise, the ball hit Narine's leg and jumped over the boundary cushion for another four runs in Buttler and RR's kitty, when the explosive right-hander would've expected to settle with a single run after his miscued hit.

Sunil Narine's shocking fielding effort was seen in the first half of the ninth over in RR's first-innings. Batting 22 off 25 at the time, Buttler was obviously aiming for a few boundaries to try and make up for his rare slow start at the crease.

The batter went for a big heave down the leg on a full-pitched ball from Southee but got an inside edge that rolled speedily across the turf to the fine-leg region, where Narine made a hilarious error and couldn't meet the eye of the rest of the KKR fielding unit in a sense of embarrassment. Fans were left puzzled by the horror boundary save and couldn't control their laughter.

Sunil Narine doesn't even bend down to catch the ball. The ball came straight to him and he tried to stop it with his foot and went for a four.#KKRvRR

Nice tap in by Narine off a low cross..

For every run Anukul and Rinku save in the field, Sunil Narine gives away 4 in misfielding

What was that fielding Narine!? 🤣 Football in Cricket?#ipl

Narine is my favourite fielder in world cricket

Fielding mishaps aside, Narine has been absolutely brilliant with the ball for KKR in IPL 2022. The experienced spinner has delivered the goods consistently for his side, maintaining a jaw-dropping economy rate of 5.25 over ten matches.
From around the web
Weekly Trending