Virat Kohli's wife Anushka Sharma was also present in the stands to witness her husband's antics on the field.
By CX Staff Writer Sun, 17 Apr 2022 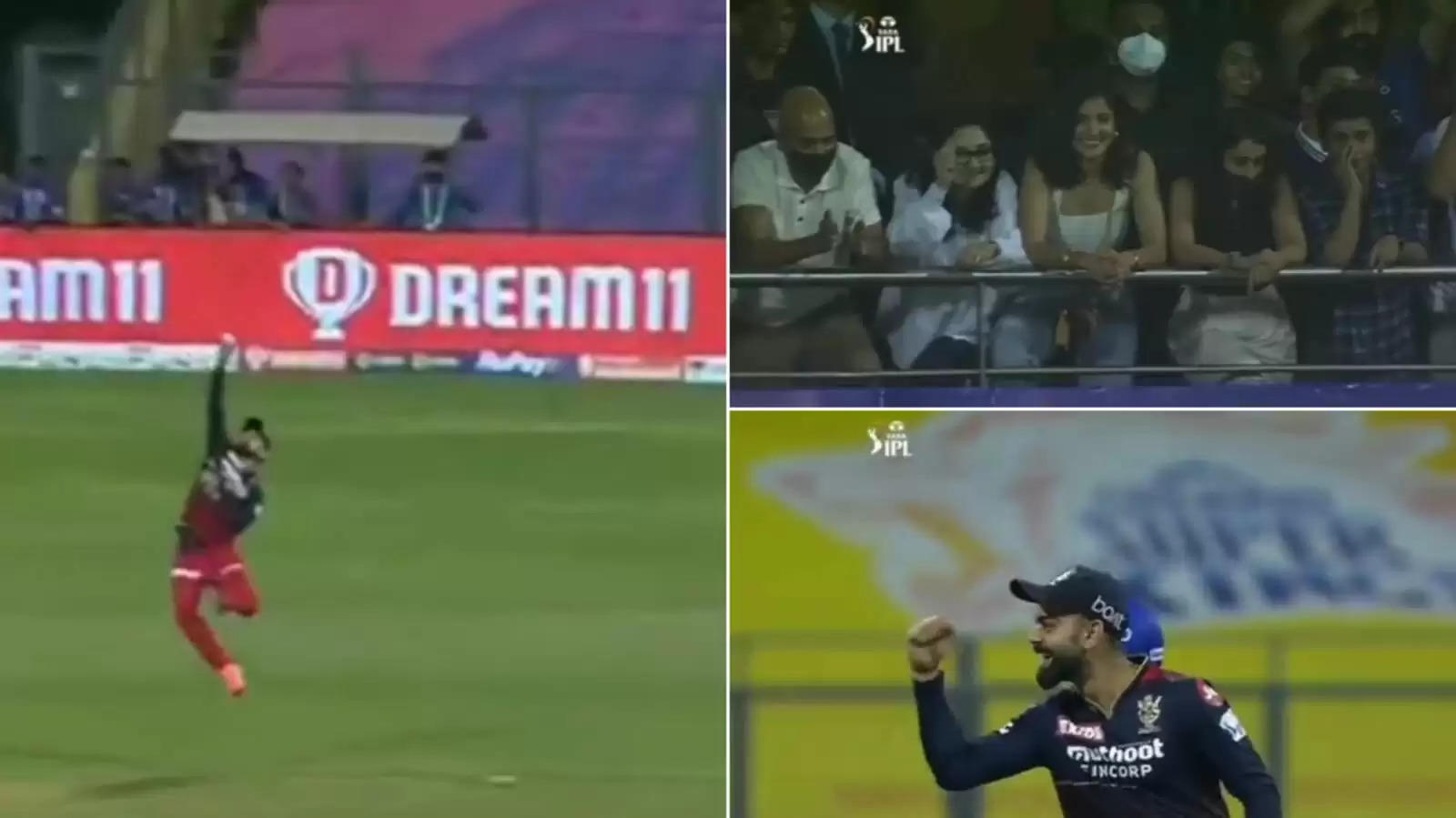 Former RCB skipper hasn’t been at his best with the bat in the ongoing Indian Premier League (IPL) so far. He is yet to score a fifty this season despite looking in good touch and has found ways to get out. Kohli has been run-out twice in six matches with the second instance coming in the game against Delhi Capitals on Saturday (April 16).

However, if not with the bat, the 33-year-old made sure to make in impact on the field. He took a one-handed screamer to tilt the game completely in favour of RCB. Rishabh Pant, at that point, was hitting the ball really well and it seemed as if he will take the game close.

It happened in the 17th over of the innings when the momentum was shifting towards DC with Pant smashing the ball at will. With some hitting he had brought the equation down to 48 off 22 deliveries which was very much possible.

But the third delivery of the undid him not because of the bowler’s brilliance. It was Virat Kohli’s superhuman effort. Mohammed Siraj delivered a friendly full toss which Pant sliced towards cover. The ball seemed to be racing over Kohli but the man leapt in the air and put his one hand up to get hold of the ball.

Kohli timed his jump perfectly to take a single-handed blinder and send back Rishabh Pant which turned the game on its head. It was a special moment for Virat Kohli as his wife Anushka Sharma was also in the stands watching his antics. After completing the catch, he was seen gesturing something to Anushka as well.

As for the match, the Delhi Capitals lost all the momentum after Pant’s wicket and they could reach only 173 runs chasing 190. At one stage, they looked set to chase down the total easily with David Warner smashing 66 runs off 38 balls but they lost the momentum in the second half of the innings.

RCB bowlers also bowled well to pull things back and Virat Kohli’s stunning catch made sure there was no looking back for them. With this win, RCB climbed to the third place in the points table with four wins from six outings while DC succumbed to their third loss in five matches and are at the 8th position.