Andre Russell walked back furiously after being run-out via a direct hit in The 6ixty 2022 final played between the Trinbago Knight Riders and St Kitts and Nevis Patriots on Sunday, August 28.
By CX Staff Writer Mon, 29 Aug 2022 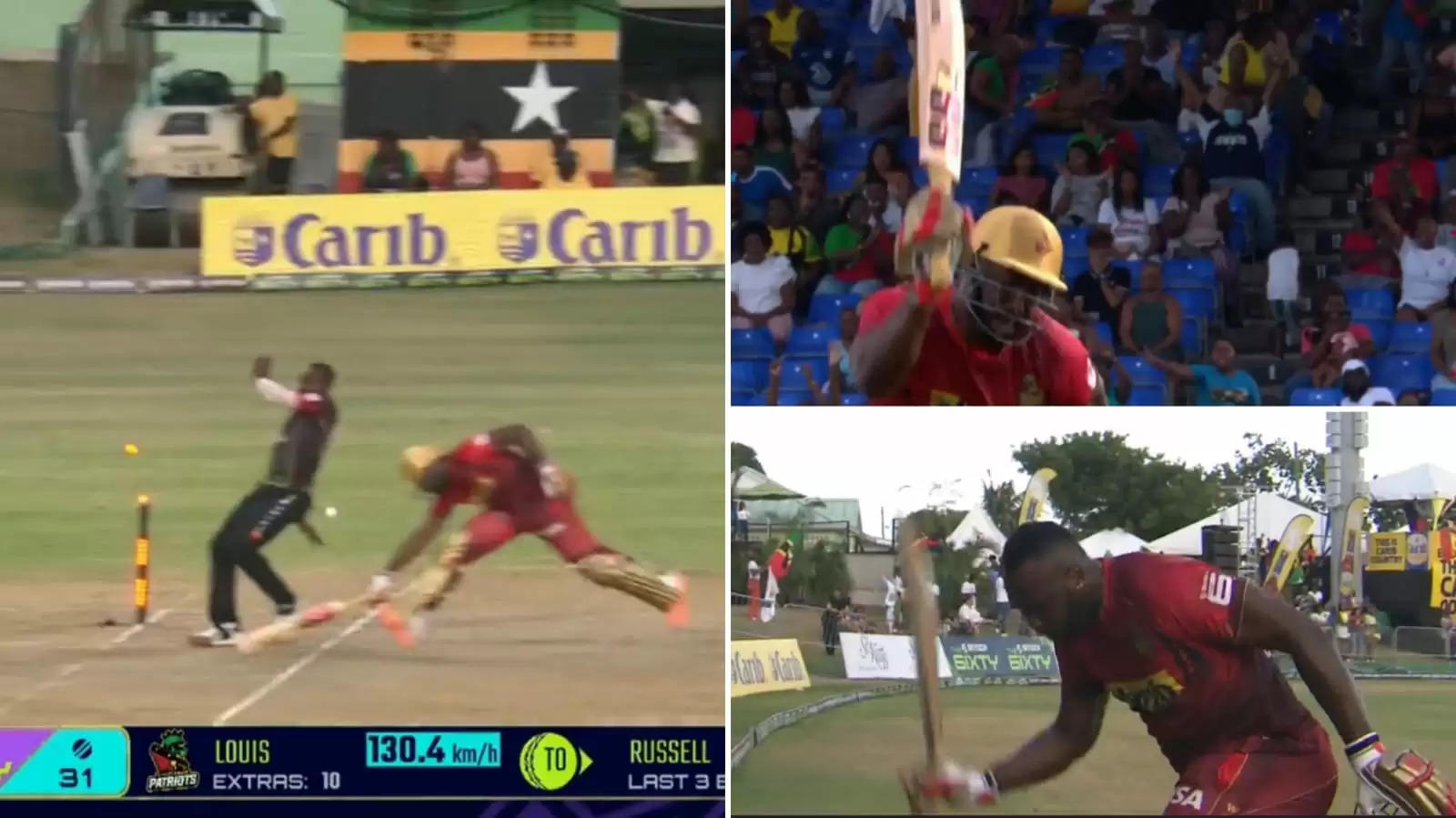 The St Kitts and Nevis Patriots became the first champions at The Men’s 6ixty - a newly introduced T10 competition by the Cricket West Indies and the CPL - defeating the Trinbago Knight Riders by three wickets and two balls remaining in a thrilling final at the Warner Park, Basseterre, St Kitts on Sunday.

The title clash had its share of tense moments, perhaps none as electric as the one that produced Andre Russell’s dismissal in the Knight Riders innings, with the all-rounder visibly fuming as he walked back.

Russell mishit one from right-arm seamer Jeremiah Louis to the Patriots skipper Evin Lewis at extra cover and set off for a single. Lewis collected the ball on the bounce and fired a direct hit to the non-striker's end to have Russell well short. The batter, having struck three sixes in a 13-ball 22, was furious at the dismissal, which occurred at just about the halfway stage of the innings. He made his emotions known while walking back till the point he headed into the dugout.

Watch Andre Russell getting furious after direct hit run out dismissal in 6ixty final that saw his team finish runners up:

The run out that changed the game!! Captain Lewis with a direct hit to remove the dangerous Dre Russ has to be our men’s final @officialskyexch play of the match.#CricketsPowerGame #6ixtyCricket #CPL22 #SKNPvTKR #SkyExch pic.twitter.com/Xeb19qUXov

The Knight Riders would eventually be bundled out for 84 in 9.3 overs, with Tim Seifert being the top-scorer with an unbeaten 37 off 25.

Andre Fletcher (27* off 23) and Lewis (32 off 16) got the Patriots off to a flying start in the chase, adding 53 in just 28 balls, before Russell removed the latter and Sherfane Rutherford in quick succession in his first over. Sunil Narine dismissed Dewald Brevis for a golden duck to keep the game in balance, but Fletcher stood firm in company of the experienced Chris Gayle.

WIth four needed off three, Gayle struck a boundary off Ravi Rampaul to power the Patriots to the 6ixty 2022 championship. Fletcher was adjudged the Player of the Series.

The Barbados Royals Women won the Women’s competition, defeating the Knight Riders Women by 15 runs in a fairly low-scoring final.