Ramiz Raja was visibly furious at an Indian journalist over his question after Pakistan’s defeat to Sri Lanka in the Asia Cup 2022 final in Dubai on Sunday, September 11.
By CX Staff Writer Mon, 12 Sep 2022 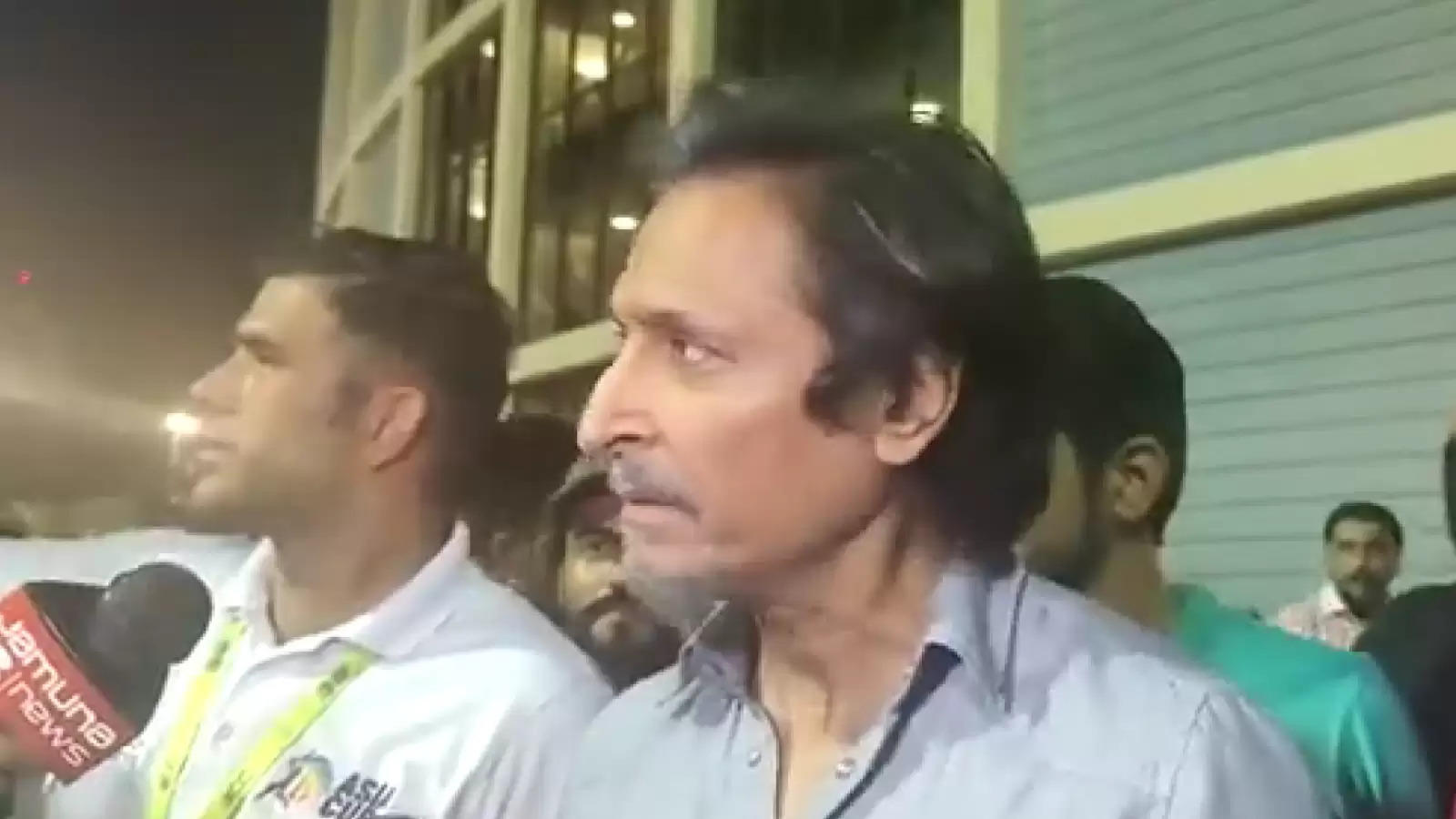 Ramiz Raja, the Pakistan Cricket Board chief, was seen getting furious at an Indian journalist over his line of questioning after the Asia Cup 2022 final on Sunday.

As Raja was leaving the Dubai International Stadium after Pakistan’s 23-run defeat to Sri Lanka, he was surrounded by a group of journalists, who wished to take his view on the overall result. He was asked by a journalist if he had any message for Pakistan's people who must have been disheartened after the defeat.

Raja, visibly furious, countered, “You must be from India, your people must be very happy.” The journalist tried to clarify himself, but Raja was no longer interested and tried to grab his phone to stop the recording.

Here's how the conversation transpired:

Journalist: "Awam badi naakhush hai. Unke liye koi sandesh? (The people must be unhappy. Any message for them?)"

Journalist: "Hum khush nahi hai. (No, we are not happy)."

A while later, Raja was also seen warning a fan who had kept his arms over his shoulder and had gotten too close for comfort.

"Please ye hath hataiye. Aur aap camera se thoda side ho jaye (Please keep your hands off me and stay away from the camera)," said the 1992 World Cup winner.

The journalist took to Twitter to express his disappointment, while posting the video.

Pakistan had Sri Lanka down at 58/5 in the ninth over after opting to bowl, but a stellar recovery, led by Bhanuka Rajapaksha's unbeaten 71 off 45 helped them post a challenging 170/6. Pakistan were well placed at 93/3 in the chase, but stumbled to 125/9, and were eventually bundled out for 147 in 20 overs.

Pakistan’s next international assignment is the seven-match T20I series against England at home, to be played from September 20 to October 2.