Watch: Sachin Tendulkar rolls back the clock with stepped out six 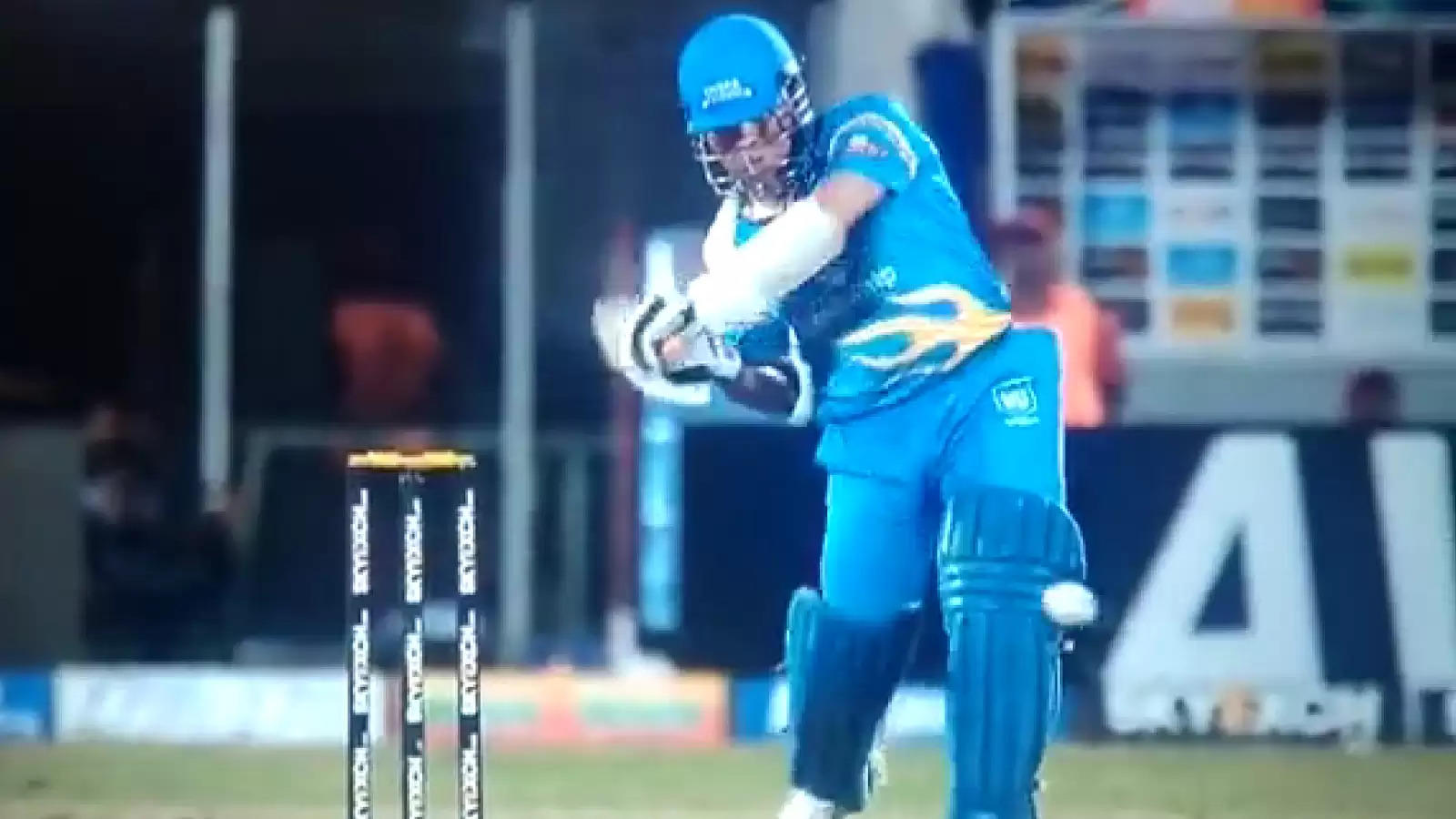 Tendulkar struck three fours and as many sixes during his whirlwind knock.

It might have been nearly nine years since his retirement, but Sachin Tendulkar’s class and batting prowess seem undiminished. The legendary batter led India Legends to a 40-run win against England Legends in the 14th match of the Road Safety World Series T20 2022 played at the Rajiv Gandhi International Cricket Stadium in Dehradun on Thursday, September 22.

Tendulkar dominated a 65-run opening stand with Naman Ojha, which came from just 5.4 overs after India Legends had been put in to  bat in a rain-shortened 15-overs a side encounter. He started off with a boundary off left-arm spinner Stephen Parry in the second over of the innings, before going 6, 6, 4 off tall speedster Chris Tremlett in the next.

The second of those was an emphatic one, as the right-hander just danced downtown and smashed a back-of-a-length ball over the bowler’s head for a stunning six. The shot was reminiscent of Tendulkar’s many masterclass epics from his playing days.

Watch: Sachin Tendulkar rolls back the clock with stepped out six

Tendulkar would eventually fall to right-arm leg-spinner Chris Oldfield for a 20-ball 40 in the seventh over of the innings. He smashed three fours and as many sixes during his entertaining knock. Yuvraj Singh (31* off 15) and Yusuf Pathan (27 off 11) - his 2011 World Cup winning teammates - ensured that the team managed a strong 170/5 by the end of allotted 15 overs.

England were restricted to 130/6 in response, with all-rounder Rajesh Pawar returning 3/12. Stuart Binny, Pragyan Ojha and Manpreet Gony bagged a wicket each.

The series, featuring former international cricketers, aims to raise awareness about road safety. Australia, South Africa, West Indies, Sri Lanka, New Zealand and Bangladesh are the other teams participating in the 2022 edition. India and West Indies occupy the top-two positions with two wins and as many drawn games from four outings, while Sri Lanka sit third having won each of their three matches.

The top-four teams in the round-robin league stage will contest in the semi-finals, with the final to be played on September 29.