The final ODI between New Zealand U19 and Bangladesh U19 is scheduled on Sunday with both teams looking to gain vital match practice at Bert Sutcliffe Oval. Bangladesh has been the better side with the scoreline also suggesting the same. The hosts only registered a win in the previous game courtesy of Jesse Tashkoff fifty. […]
By Dwijesh Reddy Sat, 12 Oct 2019 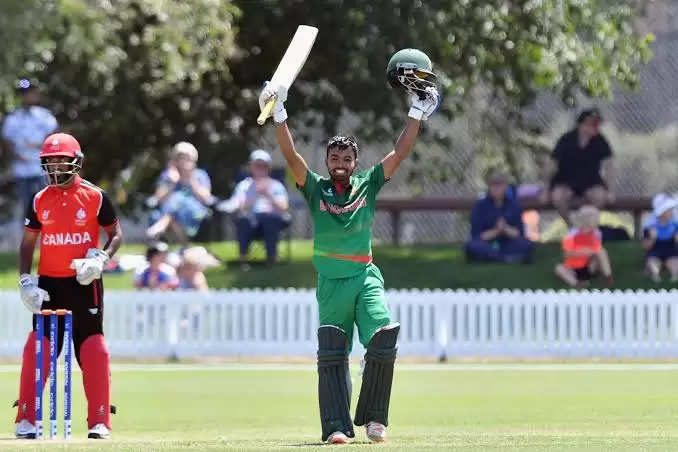 The final ODI between New Zealand U19 and Bangladesh U19 is scheduled on Sunday with both teams looking to gain vital match practice at Bert Sutcliffe Oval. Bangladesh has been the better side with the scoreline also suggesting the same. The hosts only registered a win in the previous game courtesy of Jesse Tashkoff fifty. While New Zealand will look to add respectability to the scoreline, Bangladesh wouldn’t make it easy for them with the likes of Akbar Ali and Towhid Hridoy set to take it to the field for this game.

The pitch should help both the batsmen and the bowlers with a lot of swing on offer for the new ball bowlers. As seen in the previous games, spin could also play a part with 270 being par at the ground. Chasing will be preferred by both teams upon winning the toss

The weather is all clear for this game with temperatures also varying in the range of 17-19 degrees. The pacers will get help early on with the new ball with some clouds also set to make an appearance during the start of the match

New Zealand should field a similar side althot a few tweaks could be made. Rhys Mariu is a very talented batsmen who hasn’t featured much on this tour. He could come into the side instead of Devan Vishvaka. The previous game saw Tashkoff, Lellman and Ollie White score some runs as they chased 295 against a formidable Bangladesh bowling unit. Their will bank on their David Hancock and Joey Field to deliver a few early wickets, which seems to be the only way to halt the Bangladesh batting unit early on.
Ollie White, Rhys Mariu, Fergus Lellman, William Clark, Jess Tashkoff, Jock McKenzie, Ben Pomare, Adhitya Ashok, Joey Field, David Hancock and RD Jackson

Bangladesh should bring back their big guns in Tanzim Hasan and Mrittunjoy Chowdhury as they go for the kill. Their batting unit is well settled with captain, Akbar Ali providing the impetus towards the end of the innings. Towhid Hridoy and Shoriful Islam are ones to watch out for given the form that they are in. Mahmudul Hasan has been the standout batsmen from both sides with 243 runs in four innings while Mrittunjoy’s tally of five wickets would give them the favourites tag for this game.
Tanzid Hasan, Parvez Emon, Mahmudul Hasan, Towhid Hridoy, Akbar Ali, Shahadat Hossain, Mrittunjoy Chowdhury, Avishek Das, Shoriful Islam, Tanzim Hasan and Asadullah Galib

Towhid Hridoy and Fergus Lellman are in decent form and warranty a place in the fantasy side. Along with them, Mahmudul Hasan, who is the highest run-scorer in the series is also a good pick. Likewise, Shoriful Islam is the highest wicket-taker in the series with six wickets and should be able to pick a wicket or two with the new ball along with the likes of McKenzie and Tashkoff. Only one keeper is picked in the side with Akbar Ali hitting a quick fifty in the previous game while Tanzim Hasan rounds off the fantasy team for this game.