DD vs KHT Dream11 Prediction: All you need to know about the BPL 2023 match between Dhaka Dominators and Khulna Titans.
By Cricxtasy Media Sat, 7 Jan 2023 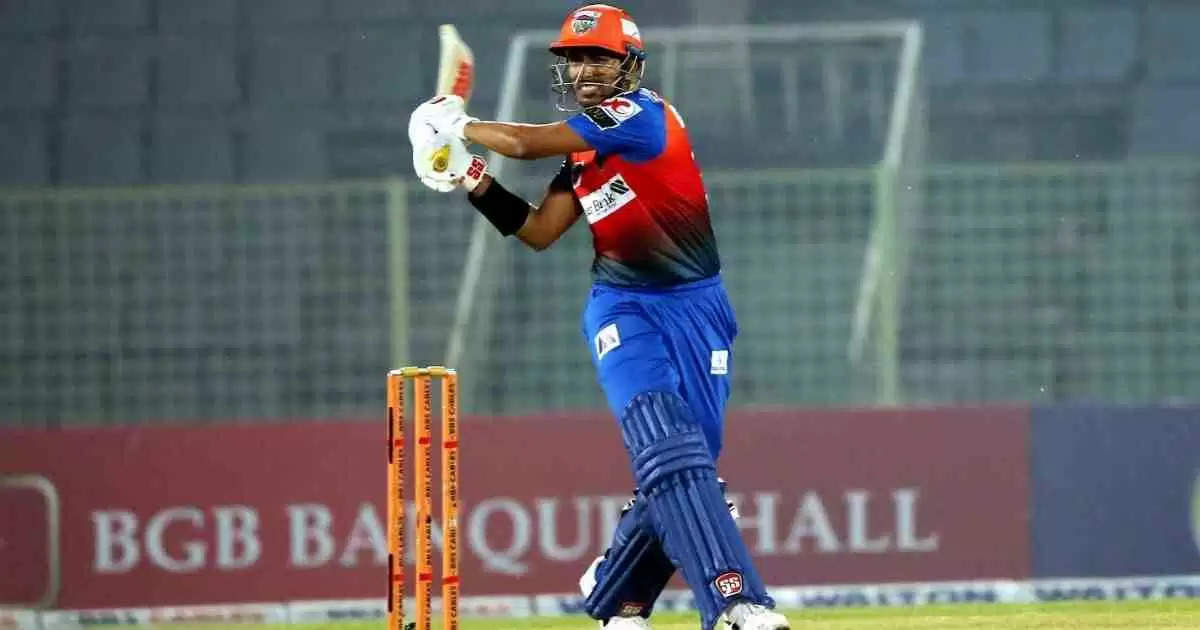 Dhaka Dominators will be up against the Khulna Tigers to kick off their 2023 season in Mirpur.

The Dominators finished second last in the points table last season and will be desperate to change things this time around. They have a pretty good combination of overseas and local players. However, Shoriful Islam was injured lately and his availability is uncertain at the time of writing. They will be with Taskin Ahmed, Al-Amin and overseas players like Ahmad Shahzad, Usman Ghani from the first match against the Tigers.

Meanwhile, Khulna Tigers look well balanced on paper and are already one of the title contenders. Tamim Iqbal, who was the best Bangladeshi batter last season will play for the Tigers this season. Moreover, their bowling looks even better which has a great mixture of experience and young blood. The Khulna Tigers finished fourth in the points table last season but failed to continue and win the title. However, they lost the last match they played against Dhaka last season and will be hoping to make things equal in this match and start their 2023 season with a win.

The pitch at the Shere Bangla National Stadium in Mirpur is a balanced one for both batters and bowlers. The seamers have enjoyed bowling here, with spinners managing to keep it tight with the help from the surface. The average first innings score is around 150 and the team winning the toss should be bowling first.

The weather forecast in Mirpur looks brilliant throughout the day. This will be an afternoon game and there are no chances of any rain during the match time.

Khulna Tigers should start this match as favorites. The balance in the Tigers’ squad gives them an edge ahead of the Dominators. In addition, the quality of their bowling is one of the best in the tournament.

Tamim Iqbal: Tamim Iqbal is one of the top captaincy choices for this match. He was the third highest run scorer in BPL last year. The veteran opener scored 407 runs at an average of over 58, including four half centuries and a century. In addition, Tamim averages above 30 in Mirpur and is third highest run scorer in T20s at the venue. Three of the four half centuries of Tamim came in Mirpur last season.

Yasir Ali: Yasir Ali scored 219 runs at a strike rate of almost 140 in the BPL last season. He will be batting in the middle order for Khulna Tigers this season which suits his game style perfectly. Yasir is that kind of a player who on his day can win games single-handedly. Moreover, Yasir scored 84 runs at a strike rate of 138.10 last year in Mirpur. His ability to play the aggressor role in the middle makes him one of the top captaincy choices for this match.

Taskin Ahmed: Taskin Ahmed could not play the entire BPL last season due to injury but picked up 5 wickets at a strike rate of 16.4 in the numbers games he played before getting ruled out. He was also Bangladesh’s best bowler in the last T20 World Cup. He took 8 wickets in the entire tournament at an average of 16.37 and a strike rate of 13.5.

Nahidul Islam: Nahidul Islam is one of the top differential picks for this match. The off-spinner was one of the most economical bowlers last year. He took 11 wickets in the tournament at an economy rate of 6.41. Not many fantasy teams feature Nahidul ahead of this match at the time of writing this. Picking him might prove to be a big difference to your fantasy XI.

Munim Shahriar: Munim Shahriar can be another top differential pick for this match. He is a terrific stroke player and can play anywhere in the batting order. Shahriar has 570 T20 runs at a decent strike rate of 136.03.

Usman Ghani: Recent records of Usman Ghani do not inspire much as the Afghan batter did not have a good second half of 2022. Ghani was averaging below 20 in the T20 World Cup in three matches he played. It is advisable to avoid him from picking in any of your XIs. 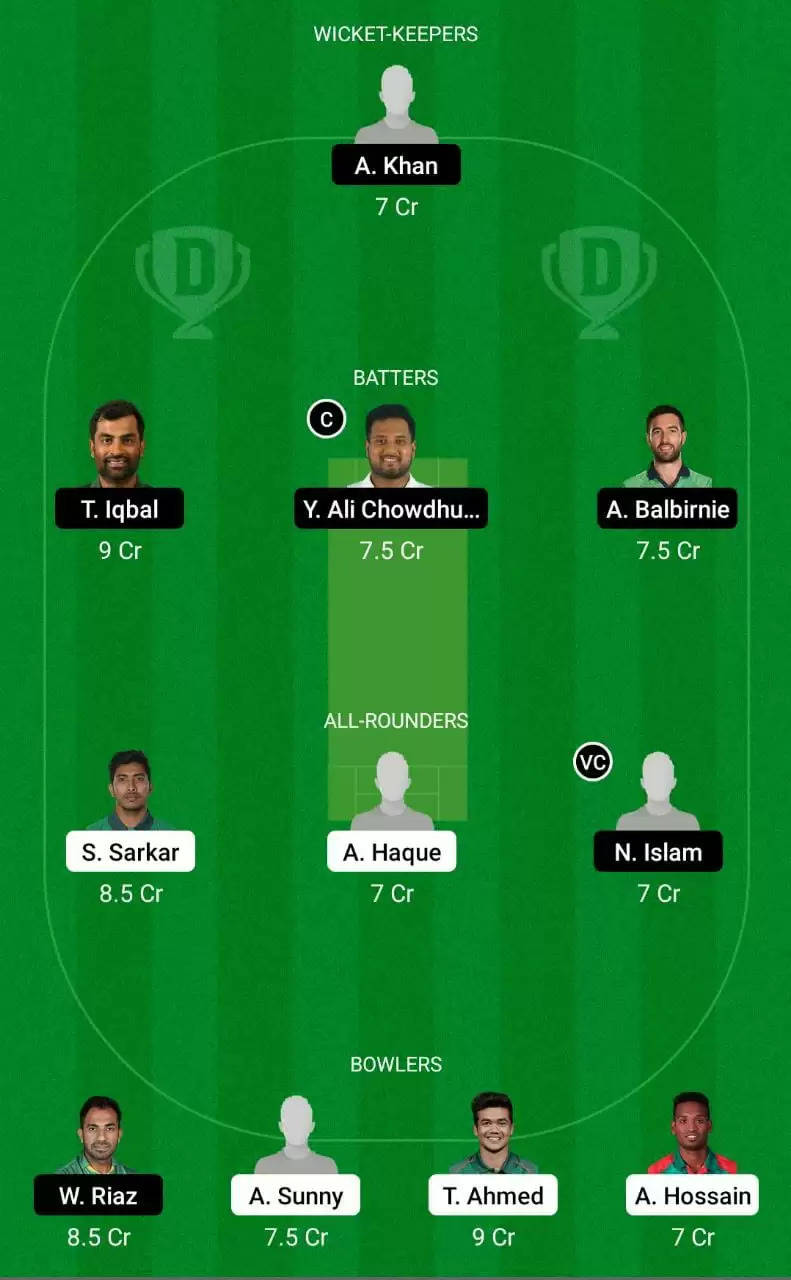 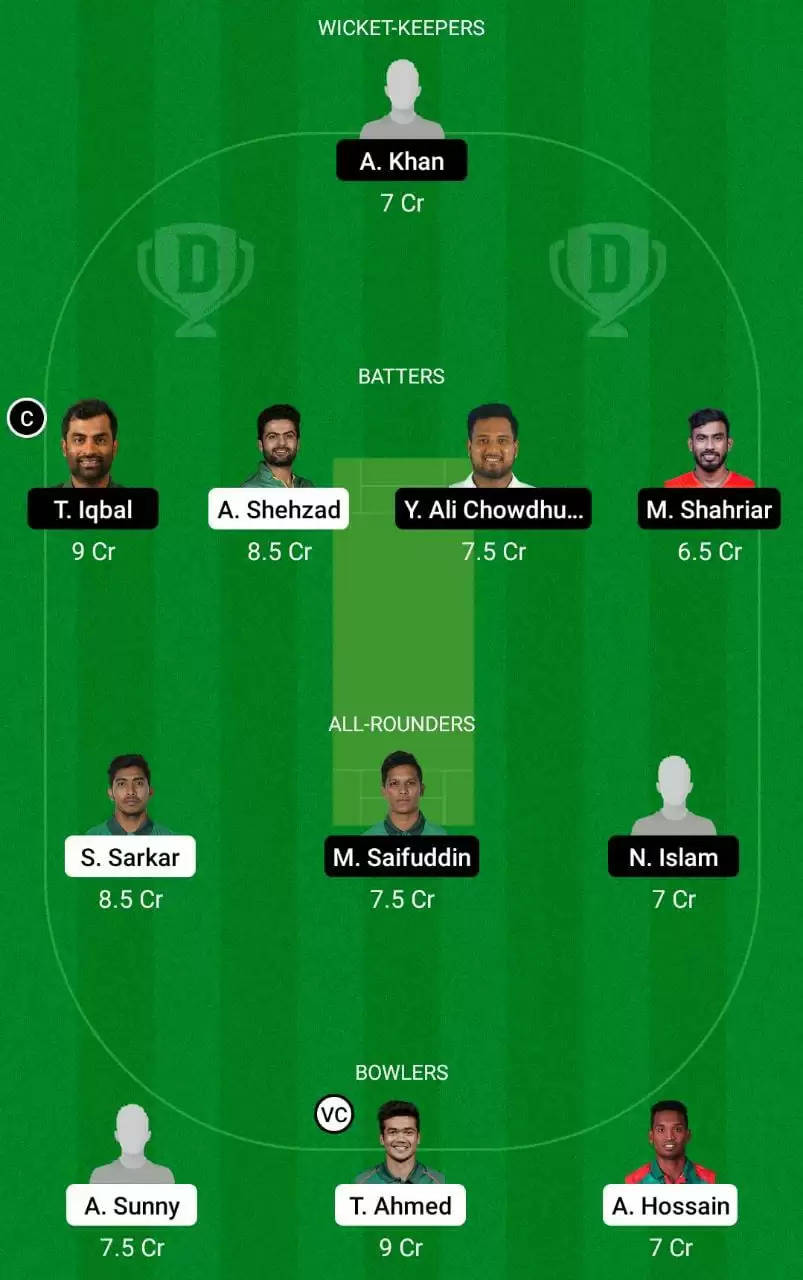