Get Dream11 Prediction, team and Fantasy Cricket Tips for the second ODI match between Ireland and New Zealand.
By Robin Sharma Tue, 12 Jul 2022 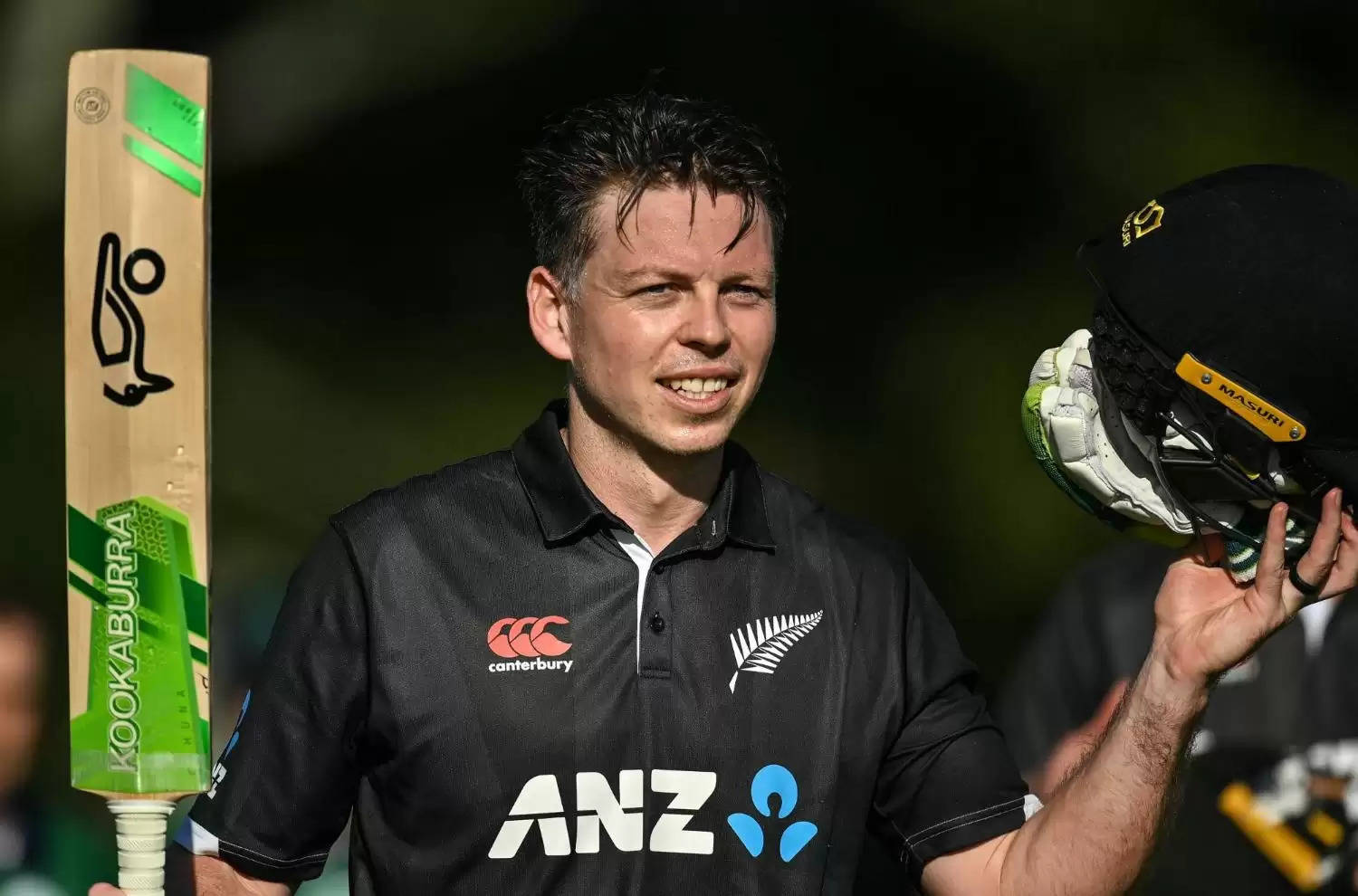 It was a thriller of a game in the first ODI and New Zealand somehow managed to win the match by 1 wicket. Ireland started off really well and scored 300 runs after a brilliant century from Harry Tector. Curtis Campher, Andy McBrine, Simi Singh and Lorcan Tucker also contributed with the bat. The Irish bowlers did a great job and chipped in with wickets at regular intervals. Curtis Campher picked 3 while Mark Adair picked 2 wickets. It would’ve been a tough loss to digest for Ireland but there were a lot of positives for them and they will look to win this second ODI and keep the series alive.

Also Read: Ireland vs New Zealand ODI & T20I series 2022 Live Streaming Details: When and Where to watch IRE vs NZ Series LIVE on TV in India, New Zealand and in the UK, Squads, Schedule, Date and Time

New Zealan won the first ODI after an exceptional knock from Michael Bracewell. It was a miraculous win for the Kiwis. Bracewell scored 127* and won the game single handedly for his team. He scored 24 runs off the first 5 balls of the last over when the Kiwis required 20 runs to win the game. Bracewell was exceptional but others need to improve if they are to win the series. The top order failed except Martin Guptill who scored 51 runs. The middle-order failed to convert the starts into big scores. New Zealand will be eyeing a win in this game to win the series.

It will be an excellent wicket to bat on. The pitch will be flat and the batters can play their shots trusting the bounce. The outfield was very quick as well. The new ball will move in the air and off the pitch for the pacers and there will be turn for the spinners as the ball gets older. Teams will prefer chasing after winning the toss.

It was a neck to neck contest between the two teams and Ireland almost won the first ODI. It’s very difficult to predict the winner but the Kiwis might edge the Irishmen in this match. 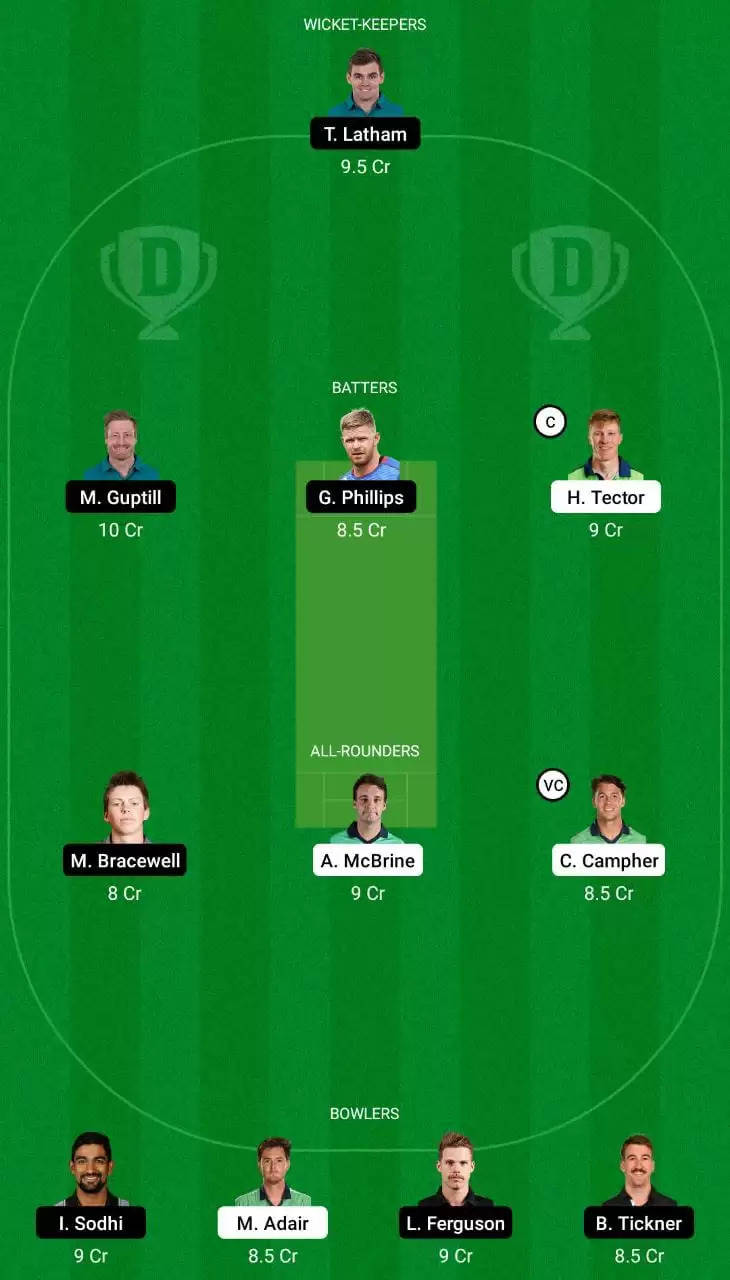 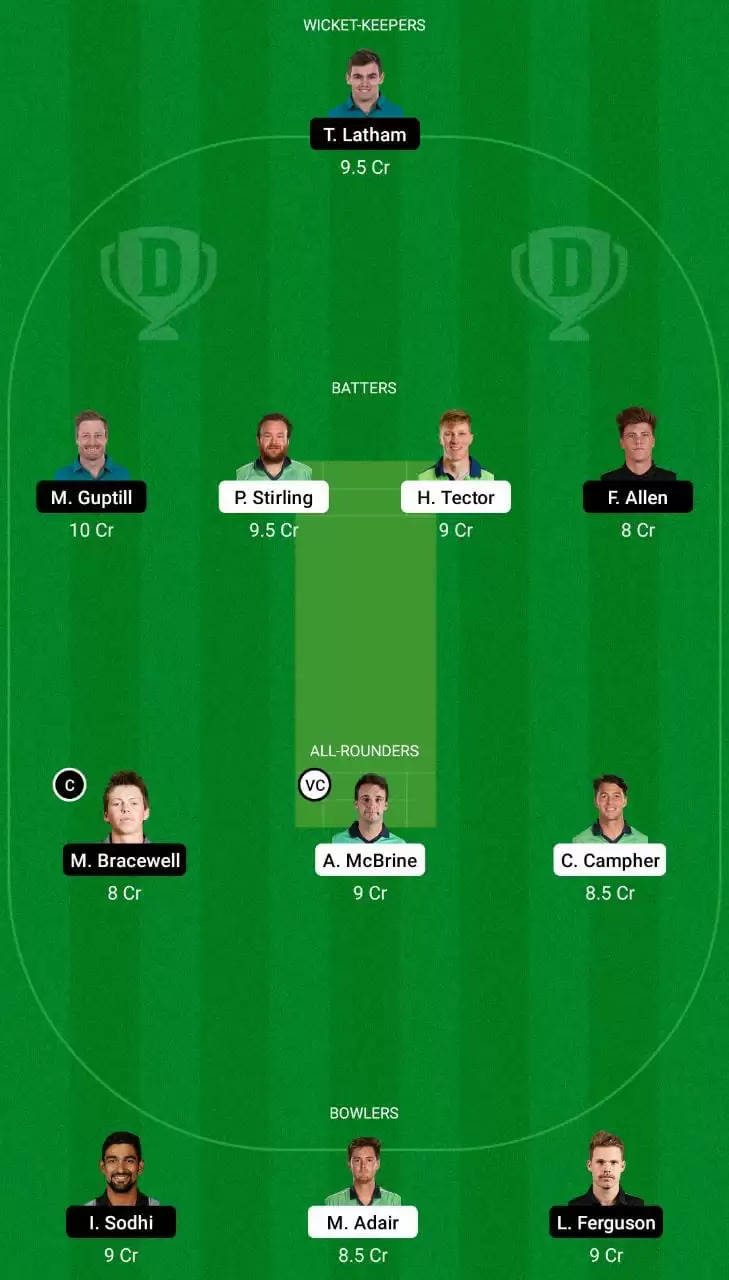