All you need to know about the AUS vs AFG Dream11 contest for the Super 12 encounter of the ICC Men's T20 World Cup between Australia and Afghanistan.
By Robin Sharma Fri, 4 Nov 2022 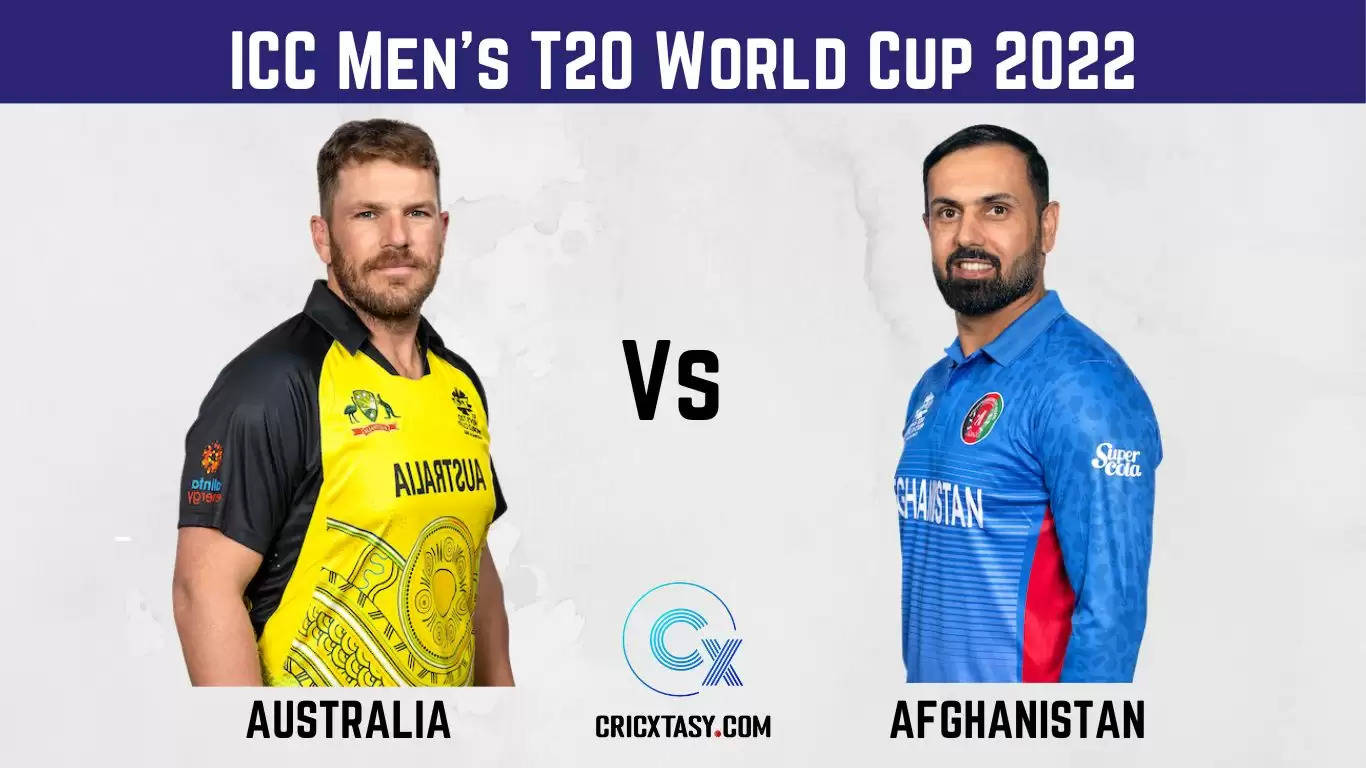 This is a do-or-die game for Australia and they must win this match by a big margin to boost their net run rate. David Warner has been horribly out of form while Aaron Finch is not at his fluent best. Mitchell Marsh, too, is yet to fire with the bat. Glenn Maxwell and Marcus Stoinis have been in sublime form with the bat and they’ll need some assistance from the top order.

The bowling unit has done well but Josh Hazlewood has been off-track after the first two matches and they’ll expect him to perform in this game. The other bowlers have been in good form and Australia will expect them to continue their good form.

Afghanistan is already out of the semi-finals. Two of their games were washed out while they lost the other two games against England and Sri Lanka respectively. Their batters have failed to adapt to the conditions here in Australia while the bowlers have been average. They rely on their spinners but the conditions here support the pace bowlers and their pacers have been below average in the two games. Afghanistan will look to win this game and end Australia’s T20 World Cup 2022 campaign.

Adelaide is the best venue for batting in Australia. The batters will love the short square boundaries and the ball coming onto the bat nicely. There will be something for the pacers with the new ball but overall the batters will dominate at this venue. Spinners will be effective if there’s no rain interruption. The average first innings score here is 157 runs. Chasing sides have won 3 out of 7 T20Is played here.

Australia will start as the favourites as Afghanistan is yet to adapt to the conditions in Australia. Adelaide will suit their batters and they are capable of defeating any side on their day.

Aaron Finch and Tim David are suffering from hamstring issues and they miss this game. Steve Smith and Cameron Green will replace them if they are unfit. Matthew Wade will lead the side in that situation. 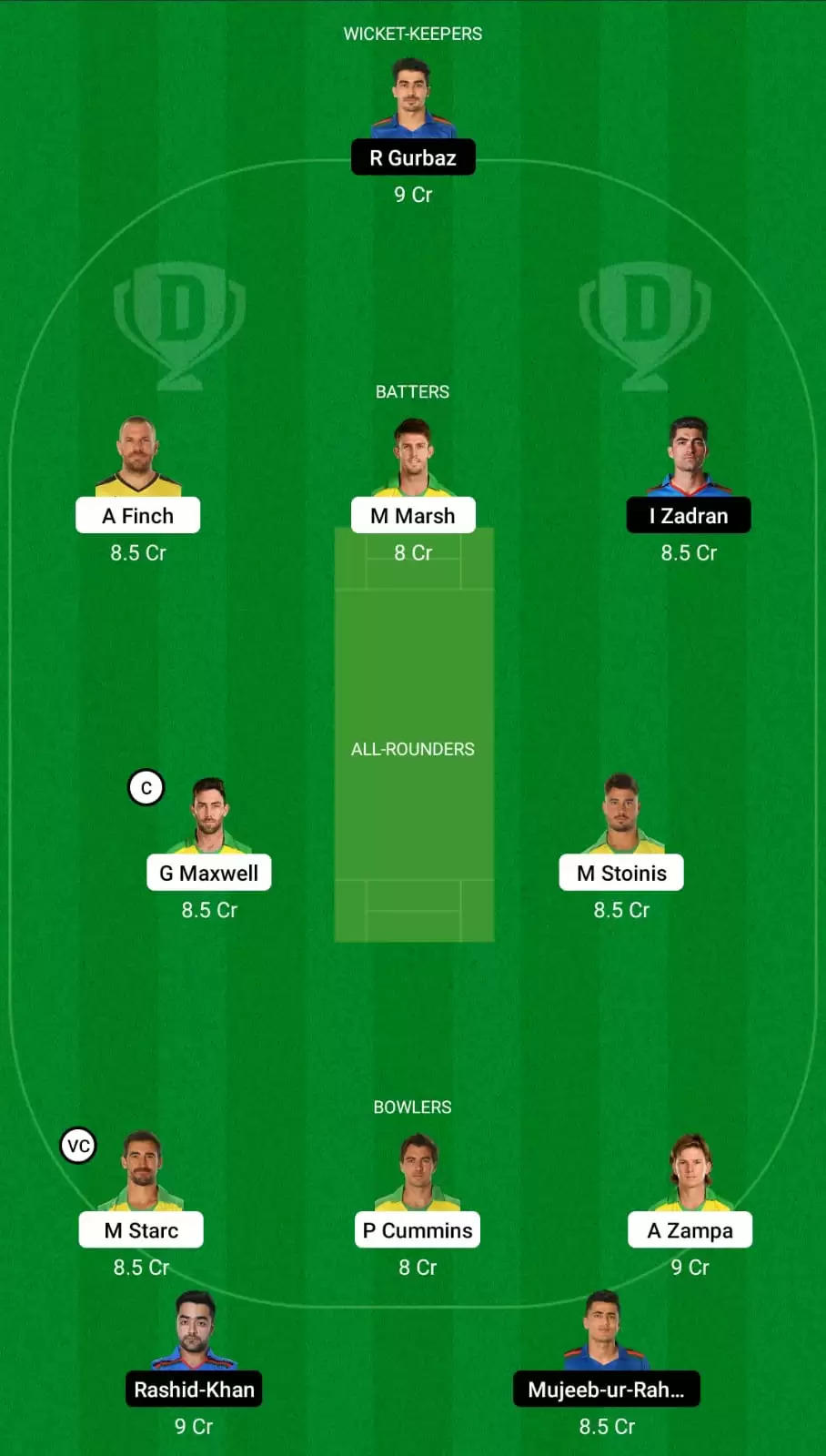 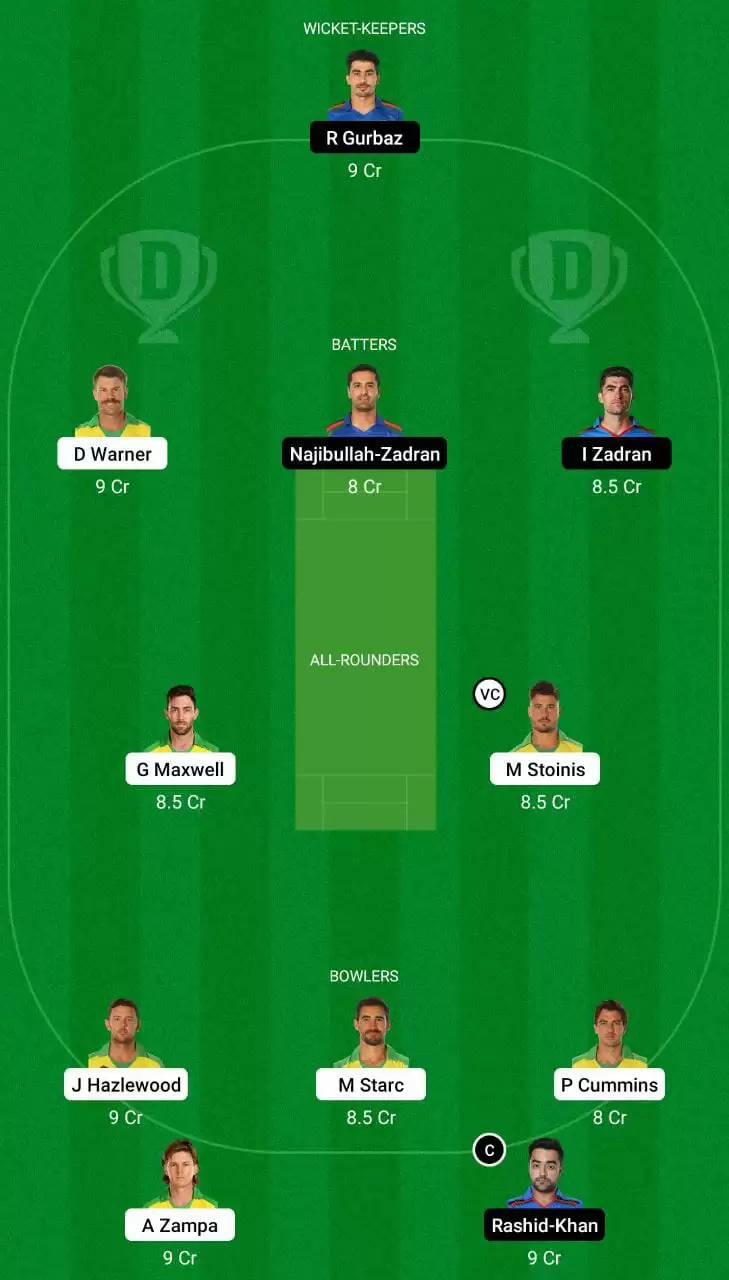 Which Contests to Join for AUS vs AFG Dream11 Match