AUS vs NZ 1st Test- Dream11 Fantasy Prediction and Preview Australia and New Zealand square off in the first Test on Wednesday with either side looking to start on the right note. Both teams come into this one on the back of a win. While the Aussies have finally settled on a squad combination, New […]
By Dwijesh Reddy Wed, 11 Dec 2019 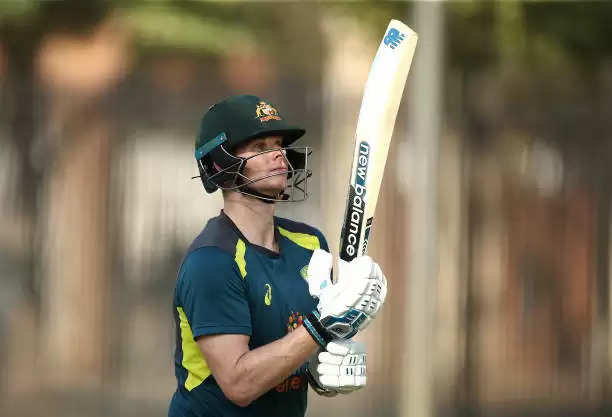 Australia and New Zealand square off in the first Test on Wednesday with either side looking to start on the right note. Both teams come into this one on the back of a win. While the Aussies have finally settled on a squad combination, New Zealand’s ability to grind wins and draws makes them a worthy opponent. A few subplots add to the equation as well. Be it the Steve Smith and Kane Williamson comparison or the battle between Neil Wagner and Pat Cummins, either side is well equipped to walk away with the win. With this being a Day-Night Test, all signs point towards a thrilling encounter in Perth.

The pitch here has something in it for both the batsmen and bowlers with either side looking to avoid the high temperatures in the afternoon. As seen in last year’s Test match between India and Australia, the pitch should be good for batting although the Pink Ball adds spice to the equation.

The weather is all clear for the entire duration of the Test match with the temperature expected to range between 29 and 39 degrees Celsius. There is minimal cover on offer although humidity could play a role under lights.

Australia is set to field the same side that played against Pakistan. Their top order is in fine form with Steve Smith and Marnus Labuschage scoring over 800 runs this year. David Warner and Joe Burns’s form also bodes well while the likes of Matthew Wade and Travis Head fit in the middle order. Mitchell Starc will lead the attack once again with Pat Cummins and Josh Hazlewood featuring a fearsome bowling attack with Nathan Lyon being the lone spinner.

As for the Kiwis, they have a very settled unit in place with Kane Williamson and Ross Taylor in fine form. While most of the players pick themselves, New Zealand ponders upon who should be the third pacer alongside Boult and Wagner. The prospect of Lockie Ferguson unfurling thunderbolts with the Pink ball on a conductive Perth pitch could give him the nod over Southee. Although he isn’t in the best of form, Jeet Raval is set to open the batting once again with Tom Latham.

Steve Smith and Kane Williamson are two of the best in the world with both of them ranking in the top five of the ICC Test Rankings. Along with them, Marnus Labuschagne and Tom Latham are also viable options. While Labuschagne has scored back to back hundreds against Pakistan, Latham is one of the best openers in the world and has prior experience playing in Australia as well. While BJ Watling gets the nod over Matthew Wade, Colin de Grandhomme should also be picked owing to his all-round prowess. Left-arm pacers, Mitchell Starc and Trent Boult warranty a place in the side as well while Neil Wagner’s form makes him one to watch out for in this Test. 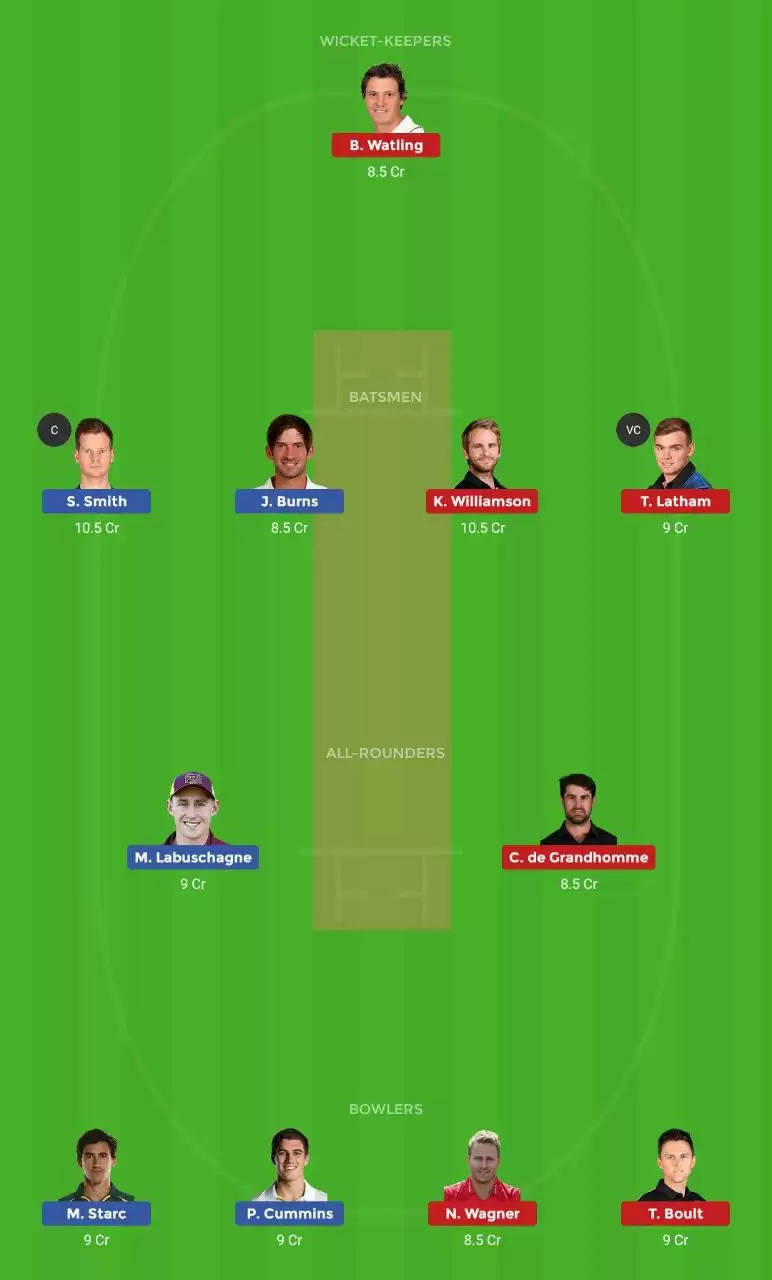