Get BAN vs AFG Dream11 Prediction, team and tips for the Asia Cup 2022 match between Bangladesh and Afghanistan.
By Robin Sharma Tue, 30 Aug 2022 Bangladesh hasn’t been in the best of forms recently and there’s been quite a lot going on in their cricket. But what matters is how they perform on the field and they will look to do well in their opening game of the Asia Cup 2022 against Afghanistan. Shakib Al Hasan is back as the captain while Mushfiqur Rahim is expected to be given the opening responsibility. Youngsters like Afif Hossain, Mosaddek Hossain, Mahedi Hasan, etc have been in good form and will be important for their team. Bangladesh needs to play as a team if they are to win this game against the in-form Afghans.

Afghanistan, meanwhile, had an excellent start to their campaign in Asia Cup 2022 as they thrashed Sri Lanka by 8 wickets in the first game of the tournament. The bowlers set the tone by bundling out the Lankans for just 105 runs. Fazalhaq Farooqi was the star with the ball as he picked 3 wickets while Mohammad Nabi and Mujeeb picked 2 wickets each. The batters then chased down the target without breaking any sweat in just 10 overs. Rahmanullah Gurbaz and Hazratullah Zazai finished the game in the power play itself by scoring 83 runs in the first 6 overs. Afghanistan will look to continue their excellent form in this game as well.

Sharjah has very short boundaries but the pitch here is slow and low which makes it difficult for the batters to score freely. The ball will grip and turn on this wicket which means spinners and bowlers with good variations will enjoy the conditions. The average first innings score here is 150 runs in T20Is and 155 in domestic T20s. Chasing sides have won 16 out of 25 T20Is played here. The pitch will be fresh for this game so it won’t be as slow as it has been at least in the first innings.

Afghanistan started in style are in terrific form as a team. They will be the favourites to win this game. 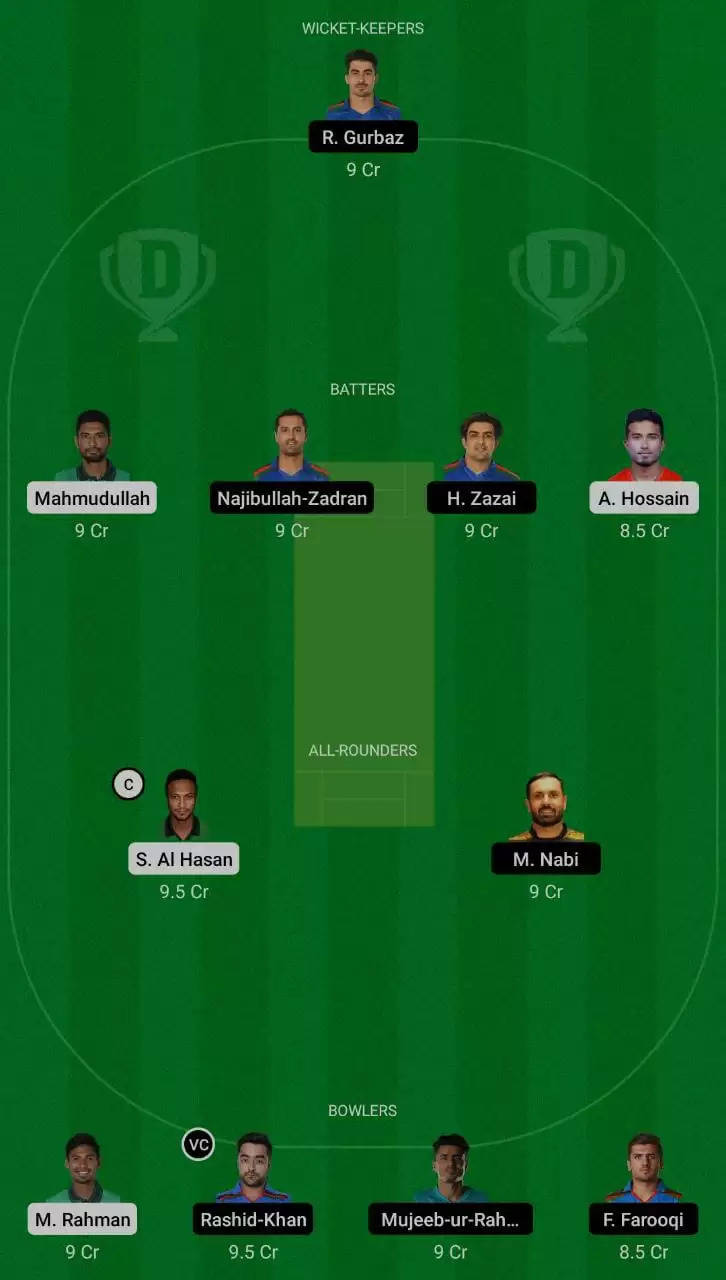 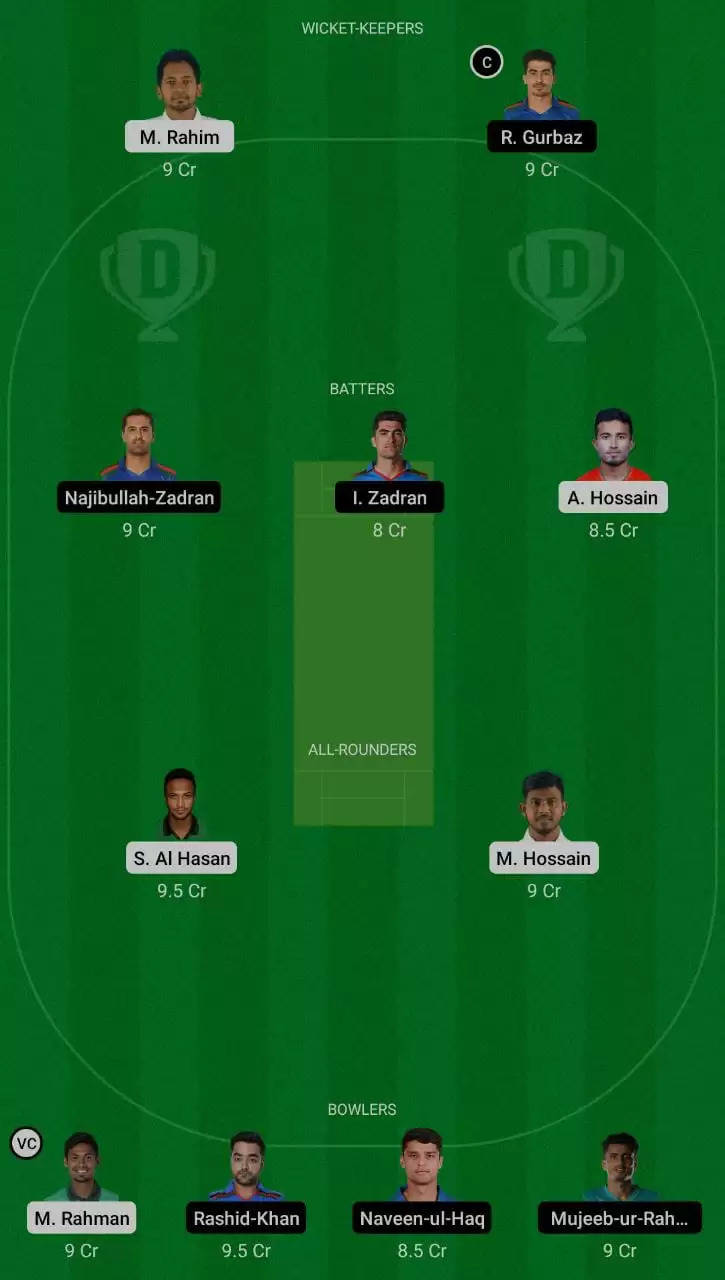 Which Contests to Join for BAN vs AFG Dream11 Match