Preview for BH-W vs AS-W Dream11 Contest: After an elongated phase of league games, the caravan for the Women’s Big Bash League (WBBL) 2021 shifts to the Eliminator where Brisbane Heat will lock horns with the Adelaide Strikers on Wednesday (November 24) at the Adelaide Oval. Finishing third and fourth in the points table, respectively, […]
By Kashish Chadha Tue, 23 Nov 2021 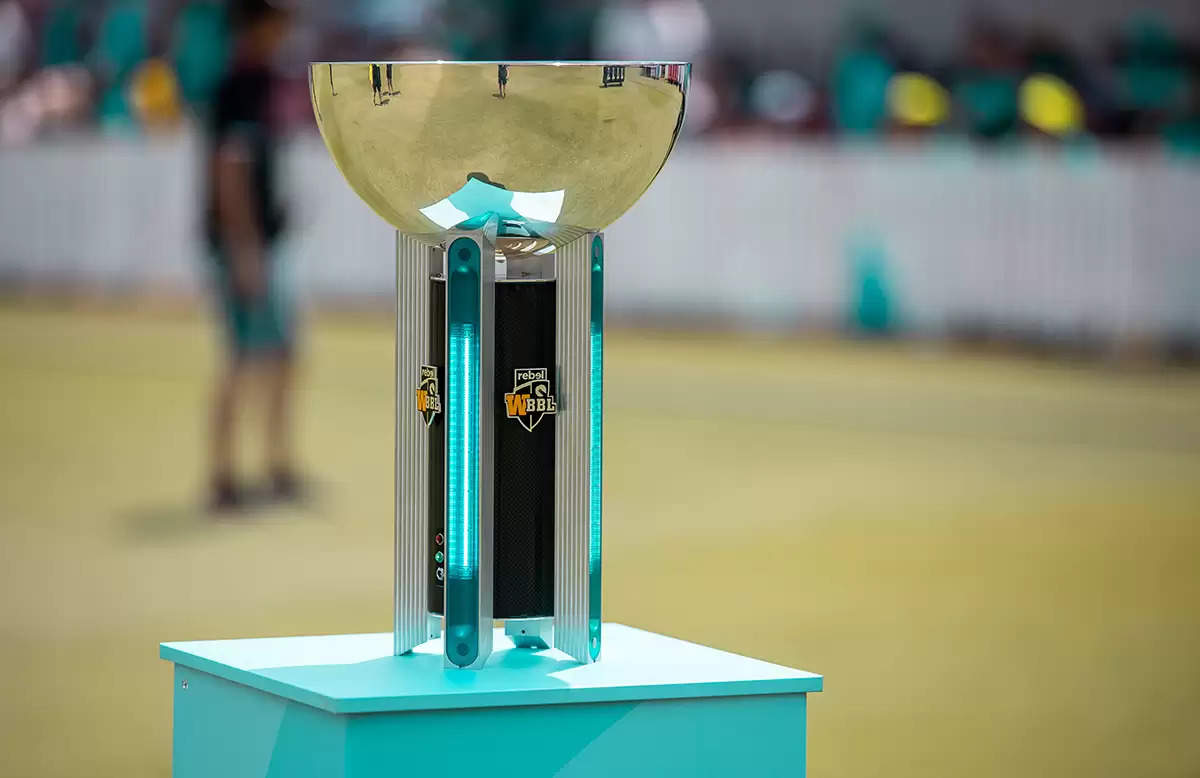 After an elongated phase of league games, the caravan for the Women’s Big Bash League (WBBL) 2021 shifts to the Eliminator where Brisbane Heat will lock horns with the Adelaide Strikers on Wednesday (November 24) at the Adelaide Oval.

Finishing third and fourth in the points table, respectively, the Heat will be hoping to overcome the strikers and take another step towards the coveted WBBL title.

Pitch Report: Batters have enjoyed their time out in the middle at the Adelaide Oval, which has aided frequent boundaries and high scores. The last match at the venue saw the Strikers pile on a huge total of 175/3 in the first half, only to see the Melbourne Stars respond with 181/1 in the second half.

WATCH: Complete Brainfade From Lazy Batter, And Then Bowler, Forces Super Over In WBBL 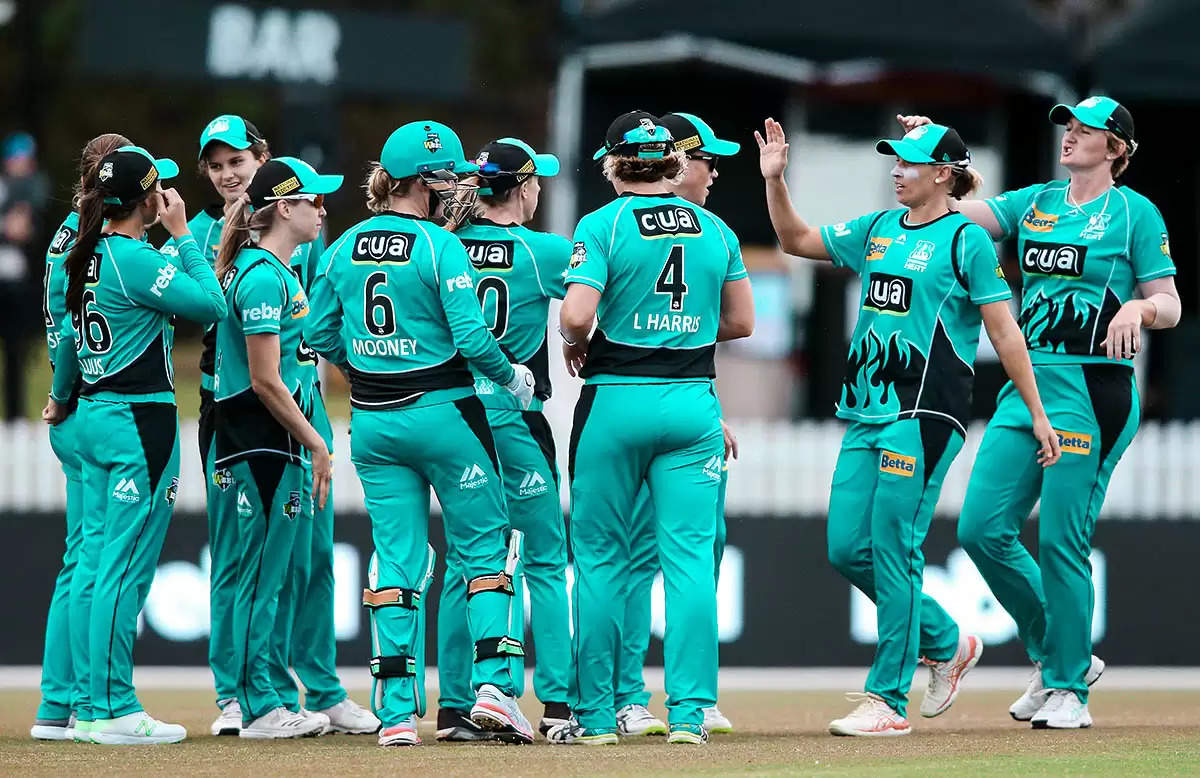 Can Brisbane Heat overcome Adelaide Strikers in the BH-W vs AS-W knock-out game?

This is expected to be a close encounter, considering the two teams finished third and fourth in the table. Previously in the competition, the two teams have won once and lost once to each other. But given they will be playing at home, the Strikers would carry some advantage heading into this one.

1. Georgia Redmayne (9.5 credits) – she is approaching the Eliminator after having dominated the run-charts for Brisbane Heat, scoring 436 runs at an average of 36.33 and strike-rate of 120.44 from 13 matches.

2. Jess Jonassen (10 credits) – the Brisbane Heat left-arm spinner has been magnificent for her side in WBBL this summer, taking 21 wickets while maintaining an economy rate of only 6.53.

3. Grace Harris (10 credits) – Harris, the right-arm bat, is only second to Redmayne in terms of run-scoring for the Heat. Her tally of 403 runs from 13 innings have seen her average 33.58 with a strike-rate of 128.34, which is better than any other Brisbane batter with a minimum of 150 runs.

1. Megan Schutt (8.5 credits) – Schutt, Strikers’ medium fast bowler, has been a fine contributor to her side. The pacer has picked up her 10 wickets during the league stage while giving away only 5.33 runs per over. No other Adelaide Strikers bowler has been this miserly in the competition.

2. Poonam Yadav (8.5 credits) – India’s brave legspinner Yadav picked up 9 wickets during the league stage for the Heat and gave away only 6.66 runs per over. Brisbane will be hoping that she comes up with her best with all at stake in the Eliminator.

3. Darcie Brown (8.5 credits) – Brown has been brilliant with the ball for Adelaide, taking 15 wickets during the league stage with an economy rate of 6.44. She has averaged only 18.46 for her scalps for the tournament. 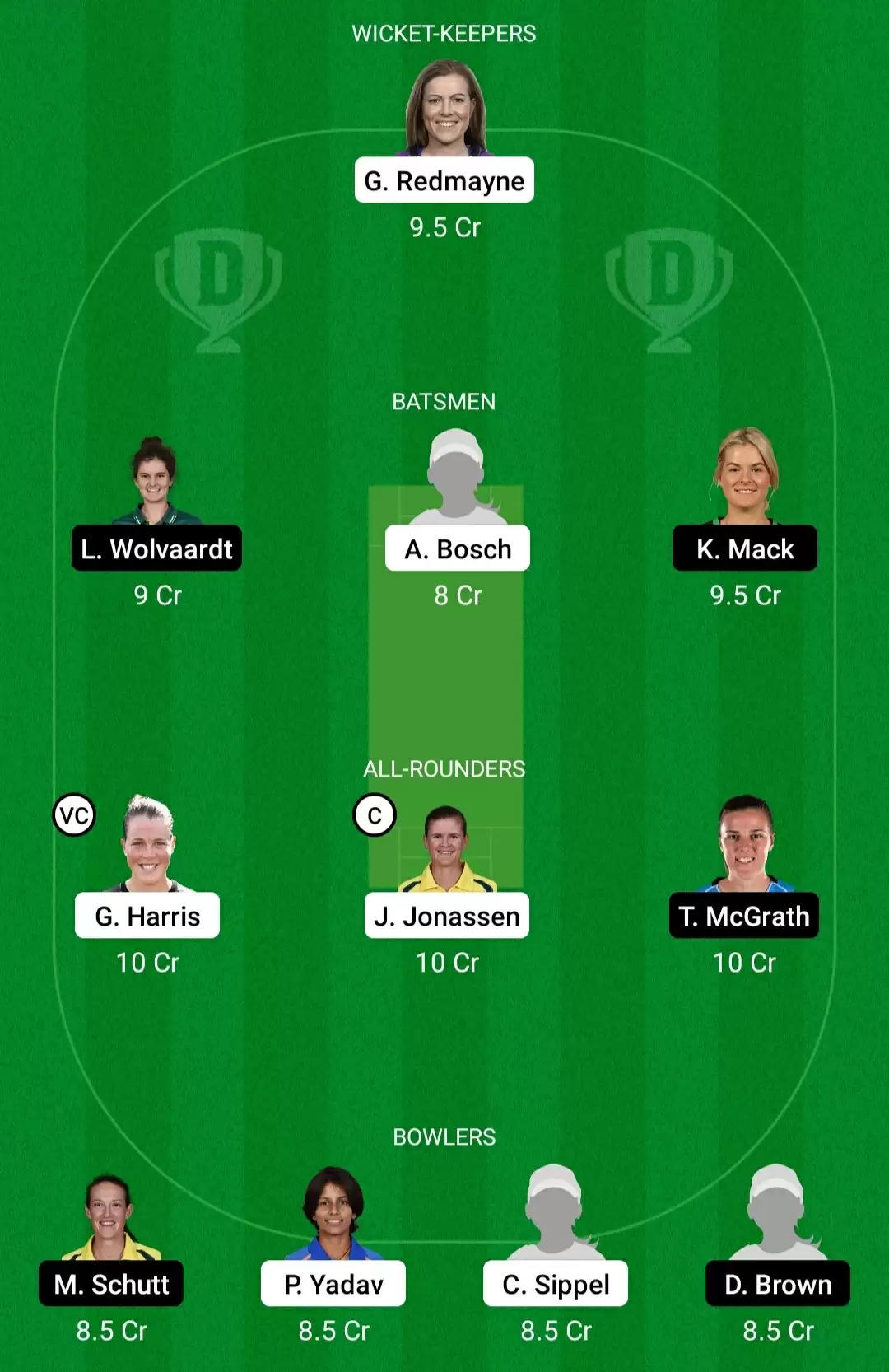 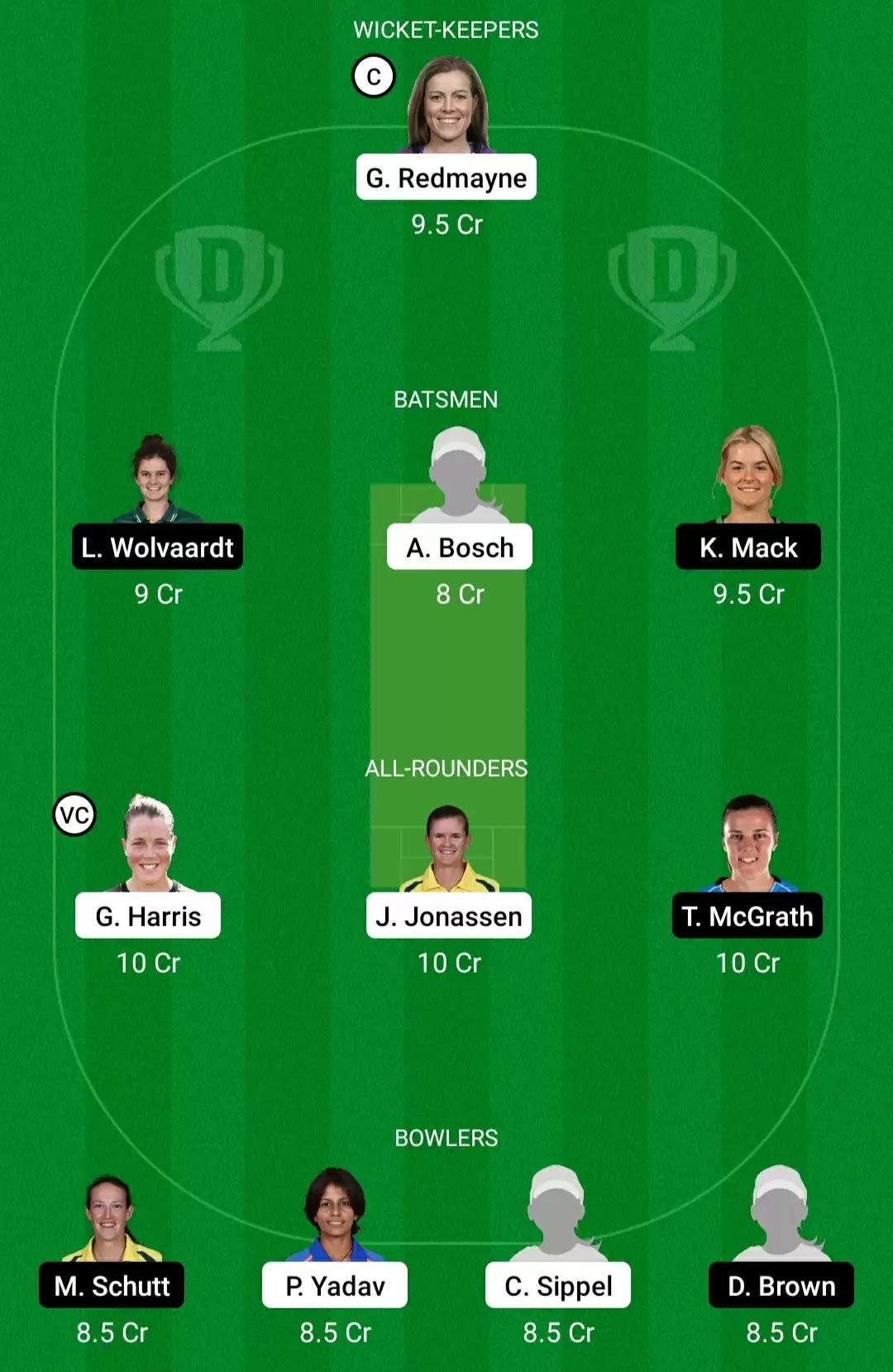