Get BR vs TKR Dream11 Prediction, team and tips for the CPL 2022 match between Barbados Royals and Trinbago Knight Riders.
By Robin Sharma Wed, 7 Sep 2022 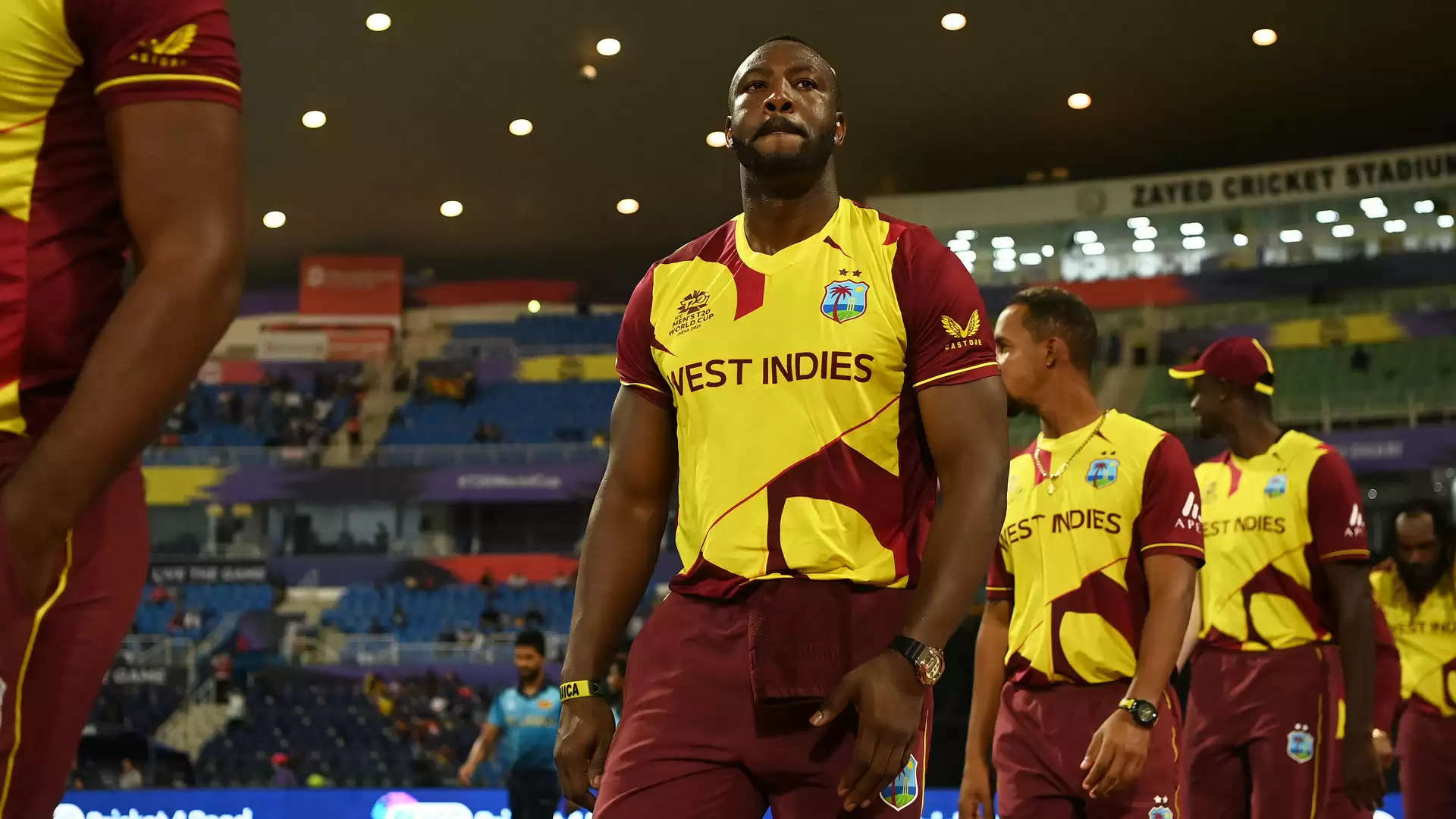 Barbados Royals have started off really well in this season as they have won the first two games of CPL 2022. They defeated the Patriots by 7 wickets in the first game and then the St. Lucia Kings by 11 runs in their last game. Their batters are in excellent form, especially the opening duo of Kyle Mayers and Rahkeem Cornwall. Mayers is performing with both bat and ball and he is the main reason for their excellent performance. Quinton de Kock and David Miller are also there in the batting unit. The bowlers have been in top form as well. Jason Holder, Kyle Mayers, Corbin Bosch, Obed McCoy, etc form a good bowling unit. Barbados will look to continue their winning streak by defeating the mighty TKR.

The Trinbago Knight Riders, meanwhile, won their first game of the season and their second game got washed out due to rain. They won their first game by 3 wickets against the St. Lucia Kings. They have many big names in their line-up - Andre Russell, Sunil Narine, Nicholas Pooran, Kieron Pollard etc. They have excellent depth in their batting and bowling. Akeal Hosein got injured in the first and wasn’t named in the playing 11 for the last game. He is an excellent player as well. TKR is one of the strongest teams on paper in CPL 2022 and they will look to do well and win this game.

The pitch at the Darren Sammy National Cricket Stadium is a good one for batting. The average first innings score here is 159 runs in 27 T20 games. Scores in the region of 150-170 are very common at this venue. There will be some movement for the pacers with the new ball and the spinners will get good assistance as well. Teams will prefer chasing after winning the toss. Chasing sides have won 17 out of the 27 games played here.

Trinbago Knight Riders have a star-studded line-up and they will start as the favourites to win this game but the Barbados Royals also have many quality players and they are in good form as a team. 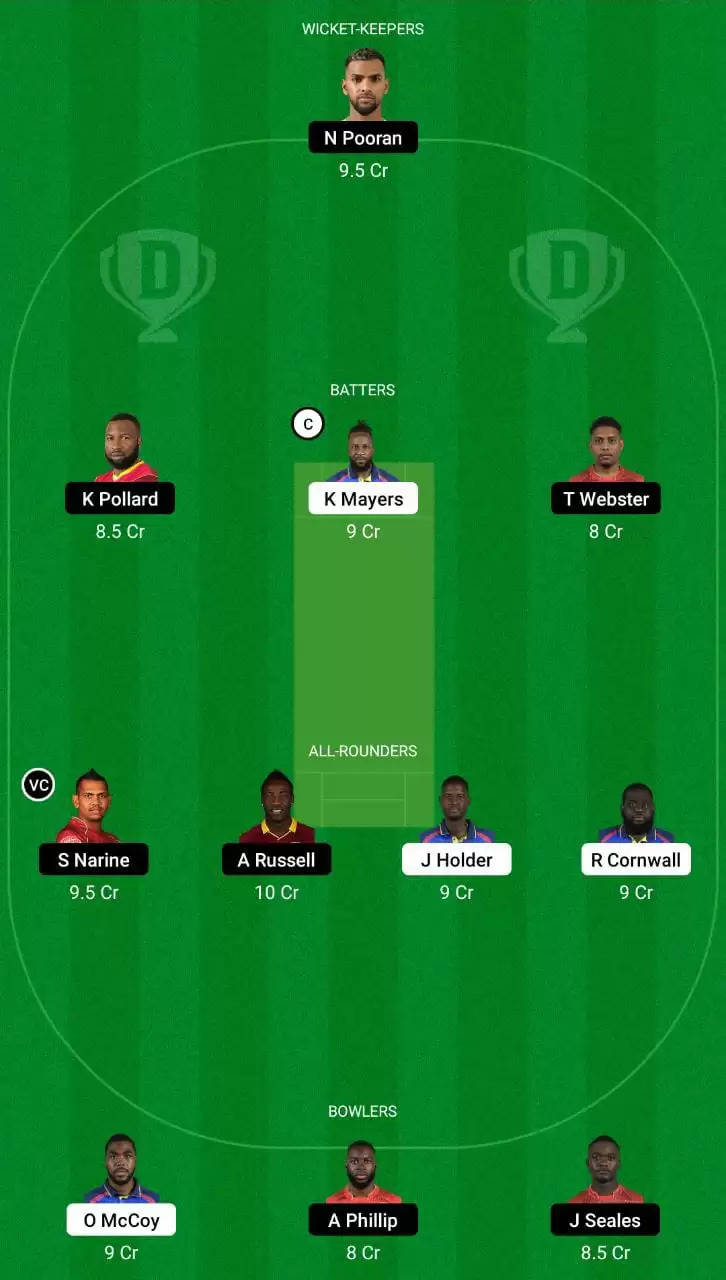 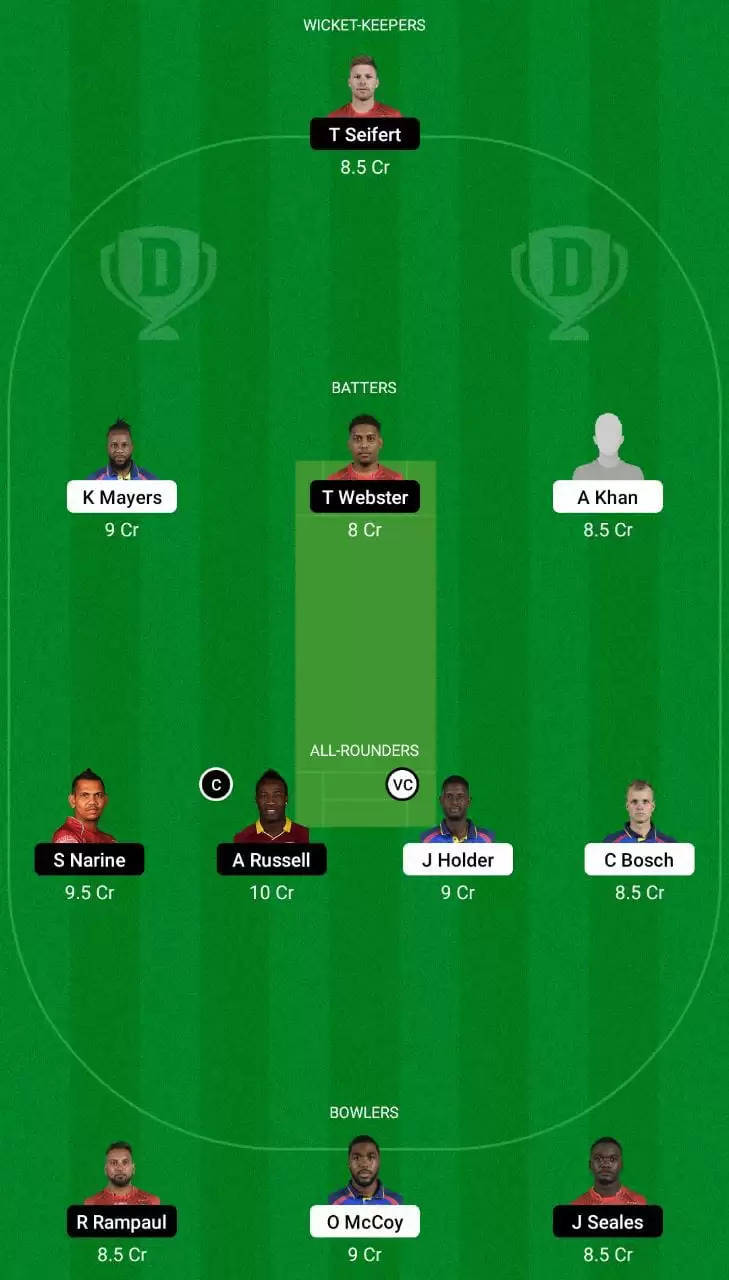 Which Contests to Join for BR vs TKR Dream11 Match

Joining small league contests of up to 7 members is recommended with the small/head-to-head league team. Join Mega contest and all the other contests with a big prize pool with the mega league teams.