BSK vs PKA Dream11 Prediction: All you need to know about the Nepal T20 League match between Biratnagar Super Kings and Pokhara Avengers.
By Kaushik Kashyap Wed, 28 Dec 2022 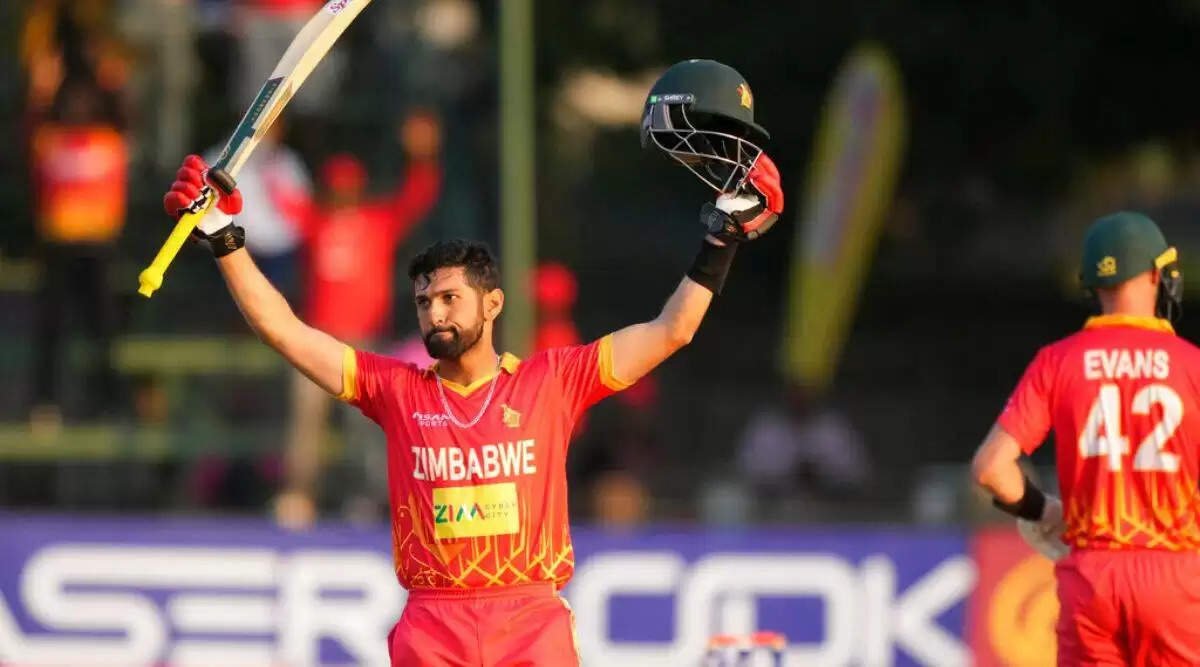 Both teams are yet to win even a single match in the tournament so far and are eyeing their first victory in this match.

Biratnagar Super Kings came close to winning both the games they played. They were brilliant as a team against Janakpur Royals and Lumbini All Stars but failed to cross the finishing line. Now they have the best chance to open their account as they face Pokhara Avengers in their next fixture who is placed at the bottom of the points table. Sikandar Raza will continue to be the player to watch out for in this match. The likes of Hussain Talat and Rohit Paudel will share the responsibility in the batting. However, skipper Andre McCarthy will be hoping for a better effort from his bowling unit and register their first win of the tournament.

On the other hand, Pokhara Avengers will look to cross the finishing line this time after failing to do so in what was a proper cliffhanger against Lumbini All Stars. Upul Tharanga, Kushal Malla looked in good touch with the bat and must perform consistently from here to take their team to the knockouts. With the ball, Zahir Khan is currently the second highest wicket taker in the tournament with 6 wickets in three games. Barring the Afghan chinaman, there has not been much contribution from the Avengers' bowling unit. Sharad Vesawkar and co have played three games and lost all of them. They are currently sitting at the bottom of the table and will be looking to change things before it's too late for them.

The pitch at Tribhuvan University International Cricket Ground in Kirtipur has shown contrasting behaviors in the first eight matches. The average first innings total is around 148 and teams winning the toss would like to bowl first. Teams batting second have won the last five matches at this venue. It will be an afternoon game so we can expect better conditions for the batters as we saw over 200 runs for the first time in the last afternoon game played here.

The weather conditions look perfect for the morning match in Kirtipur with zero chances of precipitation.

No injuries or unavailable players reported from any team yet.

Biratnagar Super Kings should start this match as favorites. Despite losing both the games they have played so far, Super Kings are looking good enough to get the better of Pokhara Avengers.

Sikandar Raza: The Zimbabwe all-rounder needs no introduction as he has been one of the best T20 players this year. Raza has not scored big innings but his positive approach with the bat can bring a lot of runs at a rapid pace. In addition he can bowl at any phase of the innings which makes him the best captaincy picks for this match.

Hussain Talat: Hussain Talat is another good pick for captaincy because of his all round abilities. In two games Talat has scored highest runs for the Super Kings at a strike rate of nearly 150. In addition he has two wickets with the ball.

Zahir Khan: The Afghan chinaman is currently the second highest wicket taker in the tournament with 6 wickets in three games, making him one of the best captaincy picks for this match.

Nandan Yadav: Nandan Yadav is one of the best differential picks for this game. His ability to bowl economical spells makes him different from the crowd. The conditions look suitable for him and he has been selected in only 10% of the teams as of writing this.

Gauranshu Sharma: The Super Kings’ opener has failed to create an impact in the first two matches but can come back to run in this match against the Avengers. Super Kings will need a good start from him at the top and set a perfect base for the batters to come.

Prithu Baskota: Prithu Baskota is not expected to bowl and bats very down the order for the Super Kings. So, it is advisable to avoid picking him in any of your fantasy XIs. 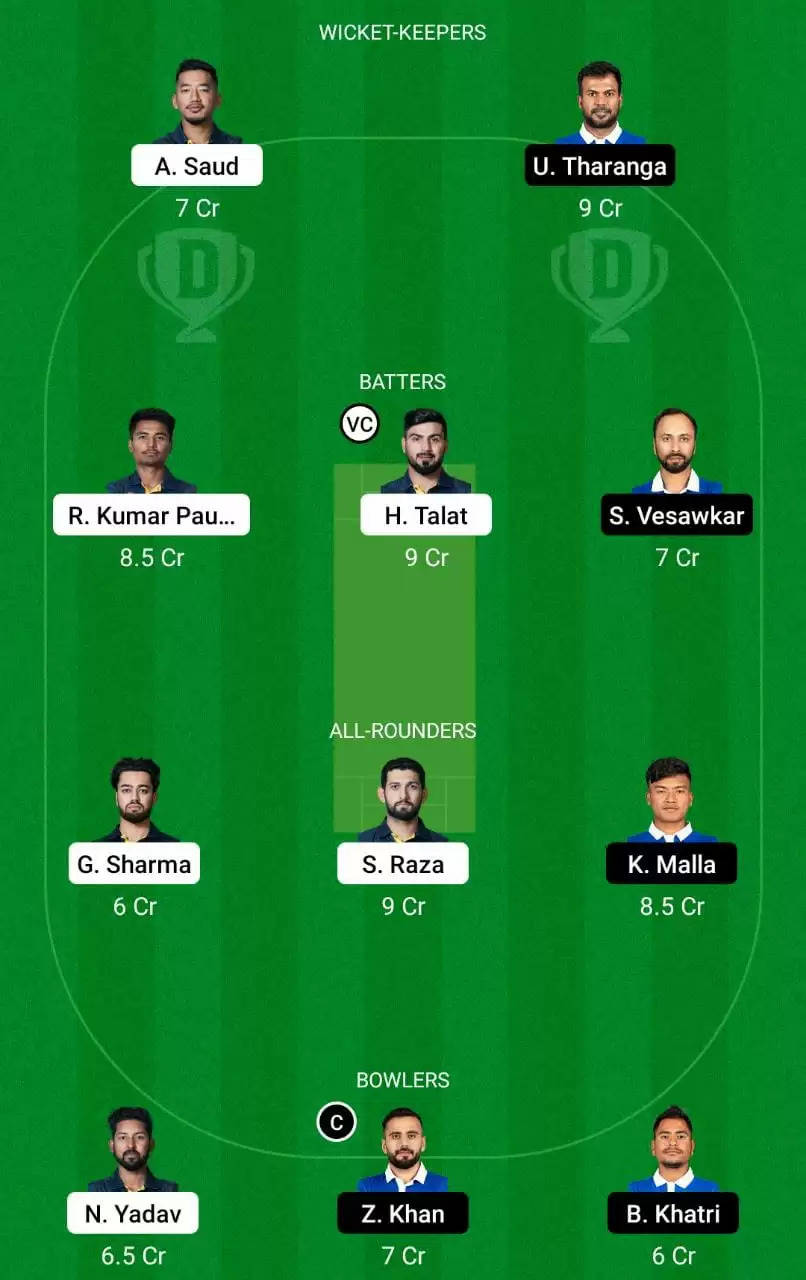 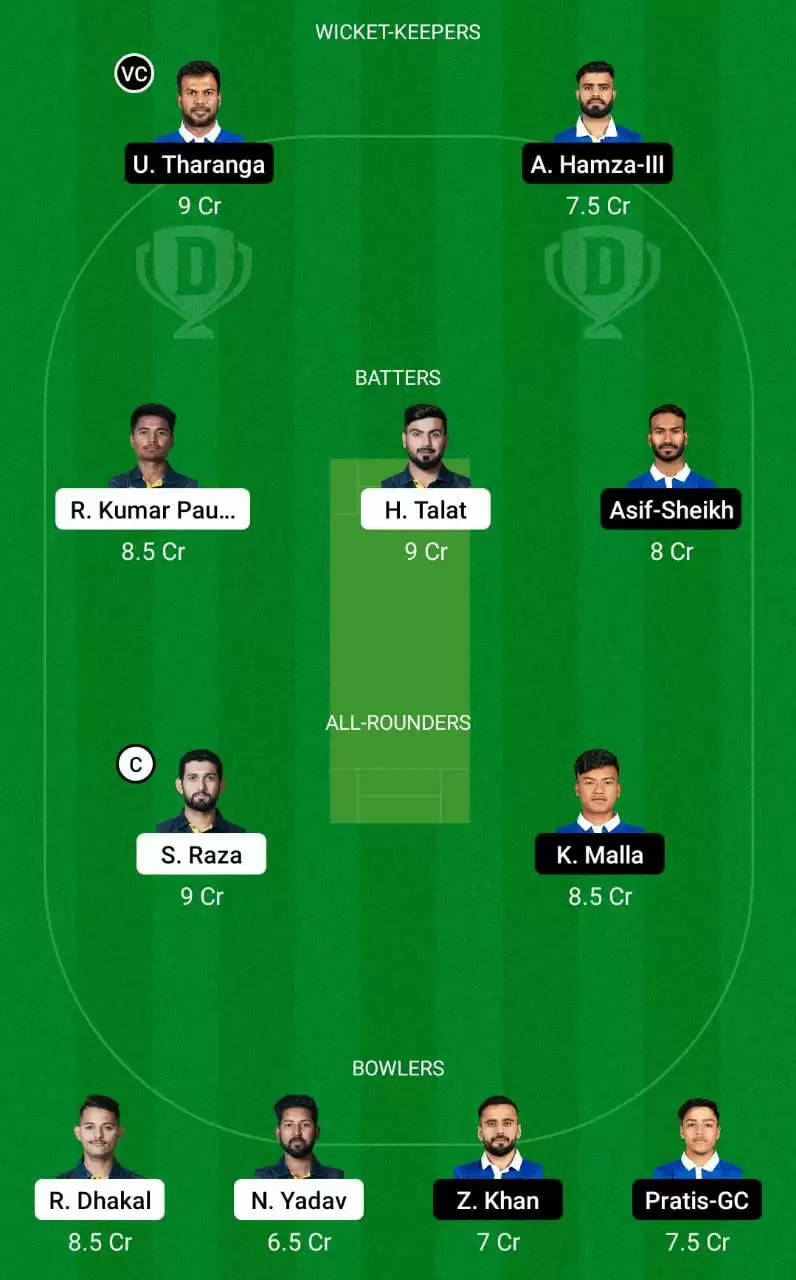