CCH vs FBA Dream11 Prediction: All you need to know about the BPL match between Chattogram Challengers and Fortune Barishal.
By Kaushik Kashyap Fri, 13 Jan 2023 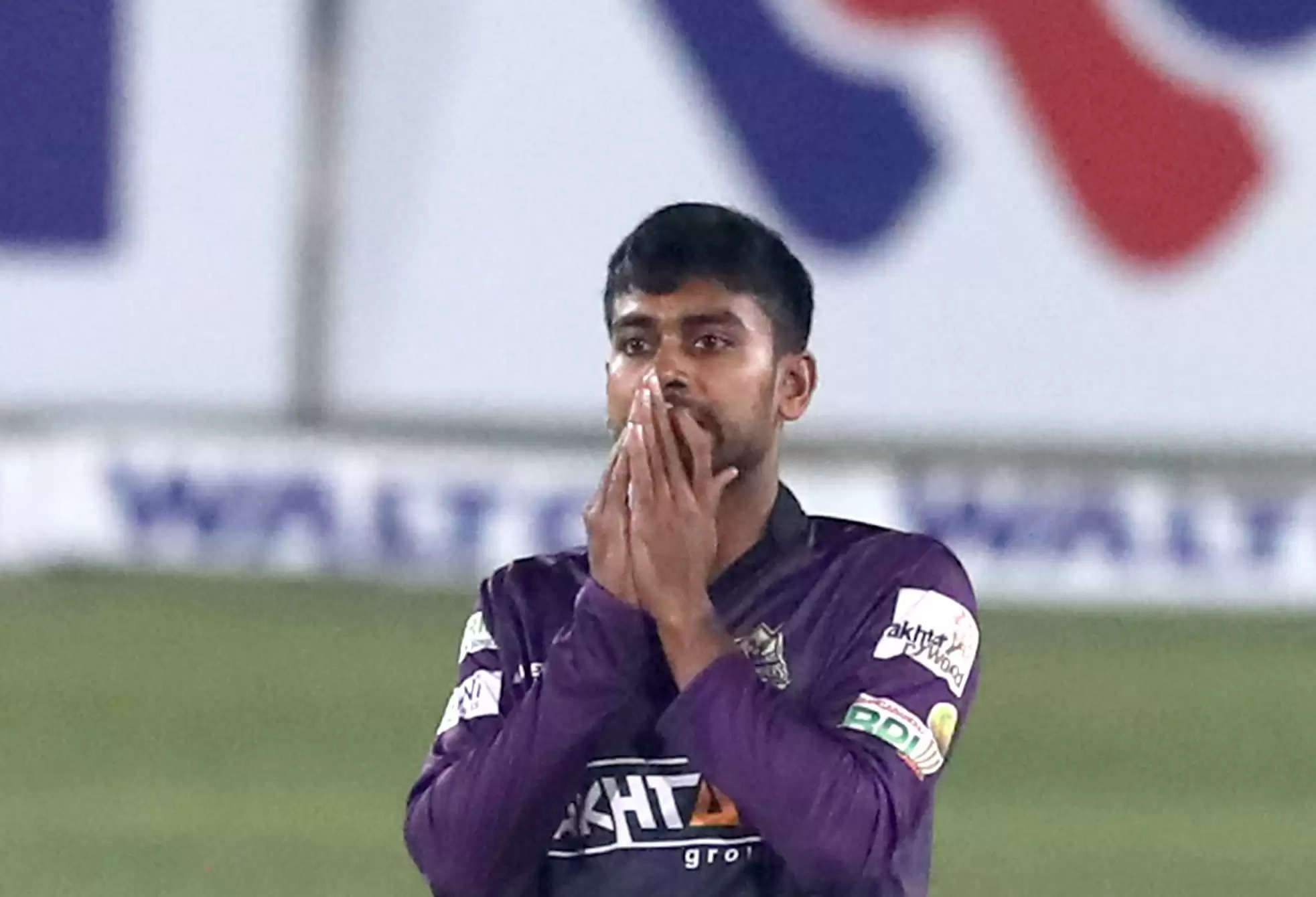 The second leg of the Bangladesh Premier League is set to take place with Chattogram Challengers taking on Fortune Barishal. Both the teams have won their respective last matches by chasing.

Chattogram Challengers put on a dominating batting show with both of their openers scoring 141 runs for the first wicket. The bowlers are having an average tournament so far but considering their performance at this venue last year, skipper Shuvagata Hom will be hoping to see much better results from their bowling attack. Overall, Chattogram Challengers never defeated Fortune Barishal and will be looking to get their first win against them in this match.

On the other hand, Fortune Barishal is looking balanced in all the departments. Their batters have scored runs and bowlers had a better day in their last win. Shakib Al Hasan will continue to be the main man for them with the likes of Ibrahim Zadran and Ifthikar Ahmed in the batting lineup. However, their seamers will look to use the conditions well with Mehidy Hasan Miraz taking care with his off spin. They are currently placed third in the points table with one win in two games and will be looking to continue their winning form against the Challengers to strengthen their place in the top 4.

The pitch at the Zahur Ahmed Chowdhury in Chattogram is a balanced one. This will be the first game at this venue this season. The seamers enjoy bowling here as we saw seam bowlers leading the wicket-taking list last year at this venue. The first innings score is expected to be around 145. Teams winning the toss will be bowling first.

The weather forecast in Chattogram looks brilliant throughout the day. This will be an afternoon game and there is no rain predicted during the time of this match.

Fortune Barishal surely has better batting on paper and overall looks more balanced on paper. They will start this match against the Chattogram Challengers as favorites.

Shakib Al Hasan: Shakib Al Hasan will be no doubt one of the top captaincy choices for this match. The veteran all-rounder is in great batting form. He was the player of the match in his last outing against Chattogram Challengers last season due to his half century with the bat and three wickets with the ball. In addition, he was the highest wicket taker amongst the spinners last year in Chattogram with 6 wickets in 3 games.

Mehidy Hasan Miraz: The off-spinning all-rounder was the player of the match in Fortune Barishal last outing in this tournament. The conditions during the afternoon games at Chattogram are expected to assist spinners more. In addition, Mehidy will be an important player in that middle order. He took 2 wickets and scored 43 runs with the bat in the last game.

Khaled Ahmed: Khaled Ahmed is another good differential pick for this match. He has not been able to get any wickets but should be able to break the curse in this match. Last time he played a T20 game at this venue he took 3-wicket haul.

Unmukt Chand: Unmukt Chand bats way down the order in this Chattogram Challengers’ batting order. In addition, he has not been able to show any form with the bat. It is advisable to not pick him in the XI. 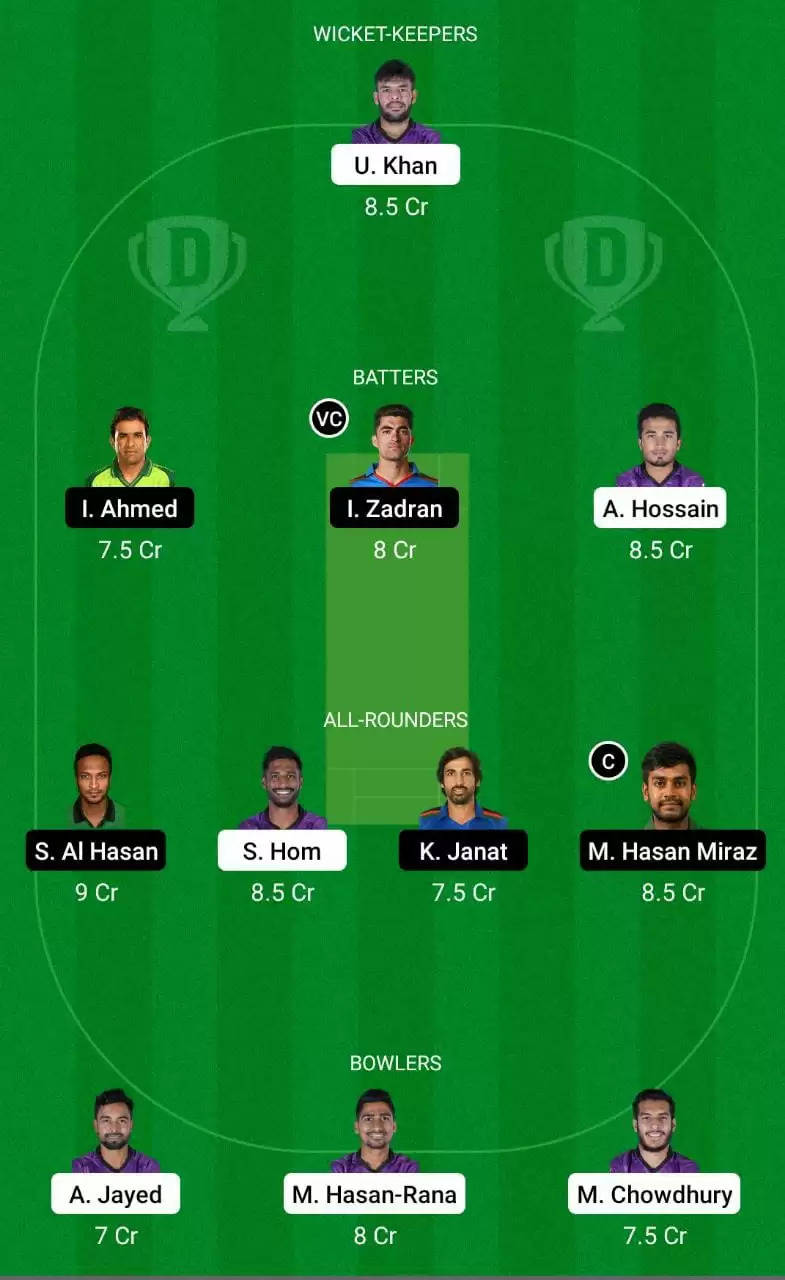 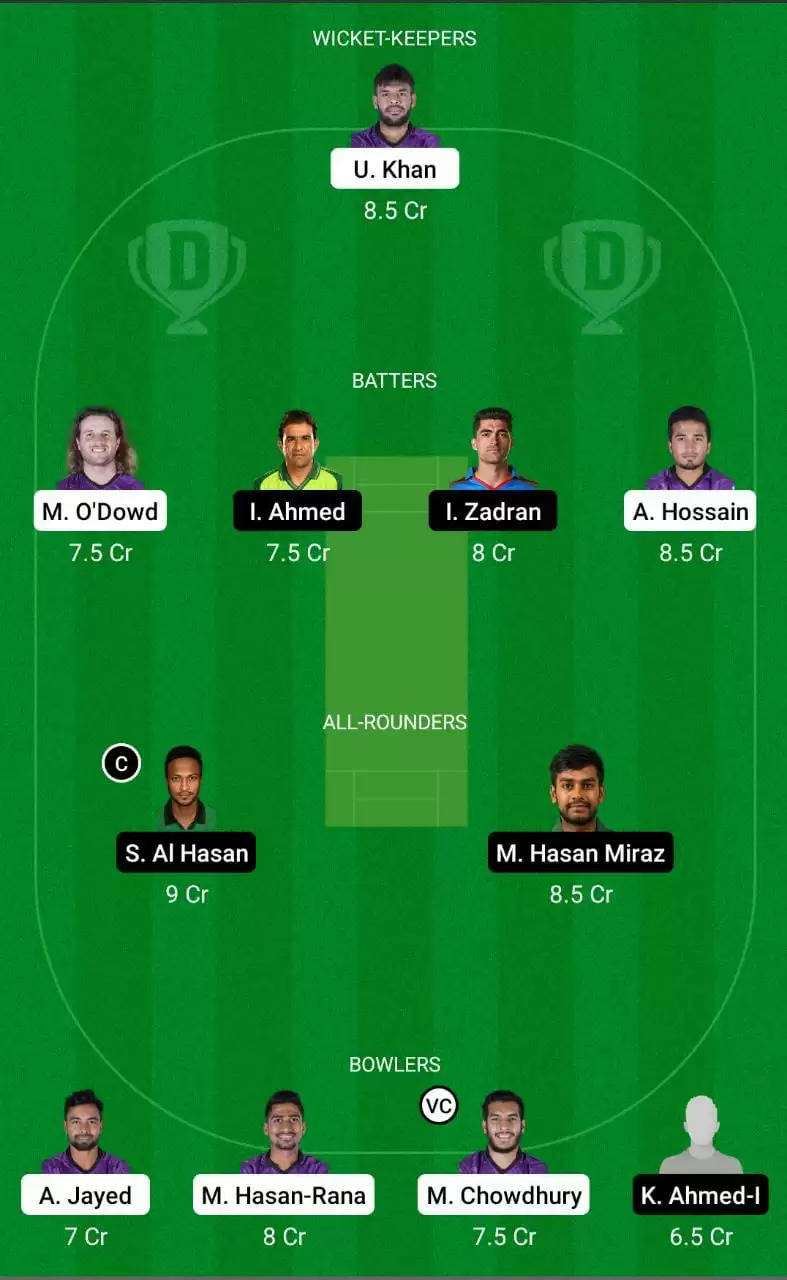