CCH vs KHT Dream11 Prediction: All you need to know about the BPL 2023 match between Chattogram Challengers and Khulna Titans.
By Kaushik Kashyap Mon, 9 Jan 2023 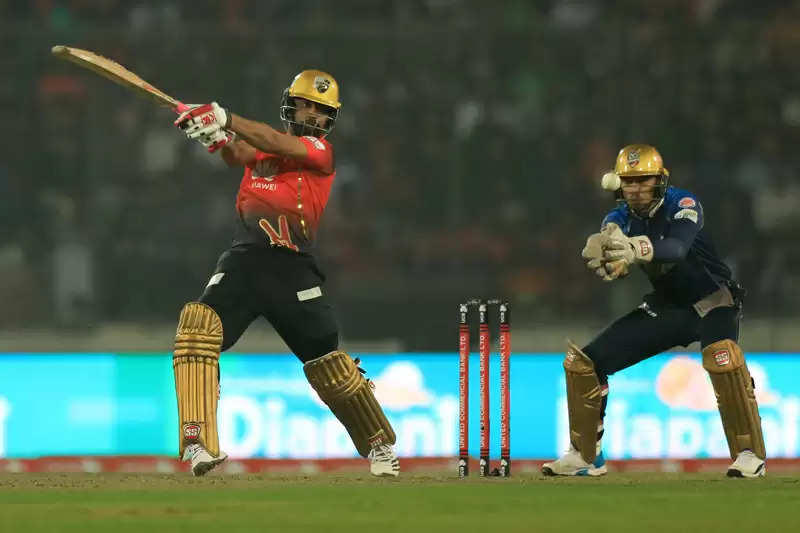 Both the teams have lost their first match of their respective campaigns and will be hoping to open their account in this match.

Chattogram Challengers had a horrible first match with the bat as they scored their lowest ever total in the tournament’s history. Mrittunjoy Chowdhury with the ball was the good thing that came out from the match. The Challengers defeated Khulna Tigers two out three times they met them last year. However, their batting does not look convincing on paper but the addition of Dutch opener Max O’Dowd is highly possible in this match.

Meanwhile, Khulna Tigers also had a similar first game with the bat but their bowlers managed to take the game deep. Even though they had a below average day with the bat, there is enough quality in the Tigers’ batting lineup that they will be able to overcome the Chattogram challenge. Skipper Yasir Ali will be hoping for a better effort from his batters in better batting conditions under the lights. Khulna Tigers were knocked out of the tournament last year by Chattogram Challengers. The Tigers will be looking to make things even and register their first win of the season.

The pitch at the Shere Bangla National Stadium in Mirpur is good one to bat. This is an evening game and batters have enjoyed batting under the lights. The ball comes way better on the bat in comparison to the day games. The average first innings score on this pitch can be around 175. Anything below 160 should not be a problem for the chasers.

The weather forecast in Mirpur looks brilliant throughout the day. This will be an evening game and there is no rain predicted during the time of this match.

Khulna Tigers should start this match as favorites. Even though the Challengers have won 3 of the last five games, the Tigers are clearly a better team on paper both with the ball and bat this time.

Mrittunjoy Chowdhury: Mrittunjoy Chowdhury is a good captaincy pick for this match. The young left arm pacer was the only positive from their first game debacle. He bowled 3.3 overs and gave just 11 runs with a wicket in the first match while defending 90 runs. In addition, was fifth highest wicket-taker last season with 15 wickets in 8 matches at an incredible strike rate of 9.8.

Tamim Iqbal: Tamim Iqbal is one of the top captaincy choices for this match. The veteran opener had a bad first game but is expected to fire in this match. The conditions are expected to get better for the batters as we saw in the last two games under the lights. He was the third highest run scorer in BPL last year, with 407 runs at an average of over 58, including four half centuries and a century. In addition, Tamim averages above 30 in Mirpur and is third highest run scorer in T20s at the venue.

Mohammad Saifuddin: Saifuddin had a brilliant first game with the ball and bat. He was the top wicket taker for the Tigers against Dhaka Dominators. He took 2 wickets and gave away just 22 runs in 4 overs. His all-round abilities in these conditions makes him one of the top captaincy choices ahead of this match.

Max O’Dowd: Max O’Dowd is one of the aggressive openers going around. He did not play the first game but is expected to make his debut in this match. The Dutch opener will be an excellent differential pick for this match. If he plays, there is a high possibility he will do well under the better batting conditions.

Mehedi Hasan Rana: The Challengers' seamer is another top differential pick for this match. Mehedi had a terrific BPL last year where he took 11 wickets in 7 games at a strike rate of 10.4. He could not create much of an impact in the last game but has brilliant records against Khulna Tigers. In 3 games against Khulna Tigers, Mehedi has 7 wickets at a strike rate of 9.4. His best T20 bowling performance of 4 for 17 also came against the Tigers.

Sabbir Rahman: Sabbir Rahman does not bowl and bats way down the order in a star-studded team of Khulna Tigers. It is advisable to avoid picking for this game. 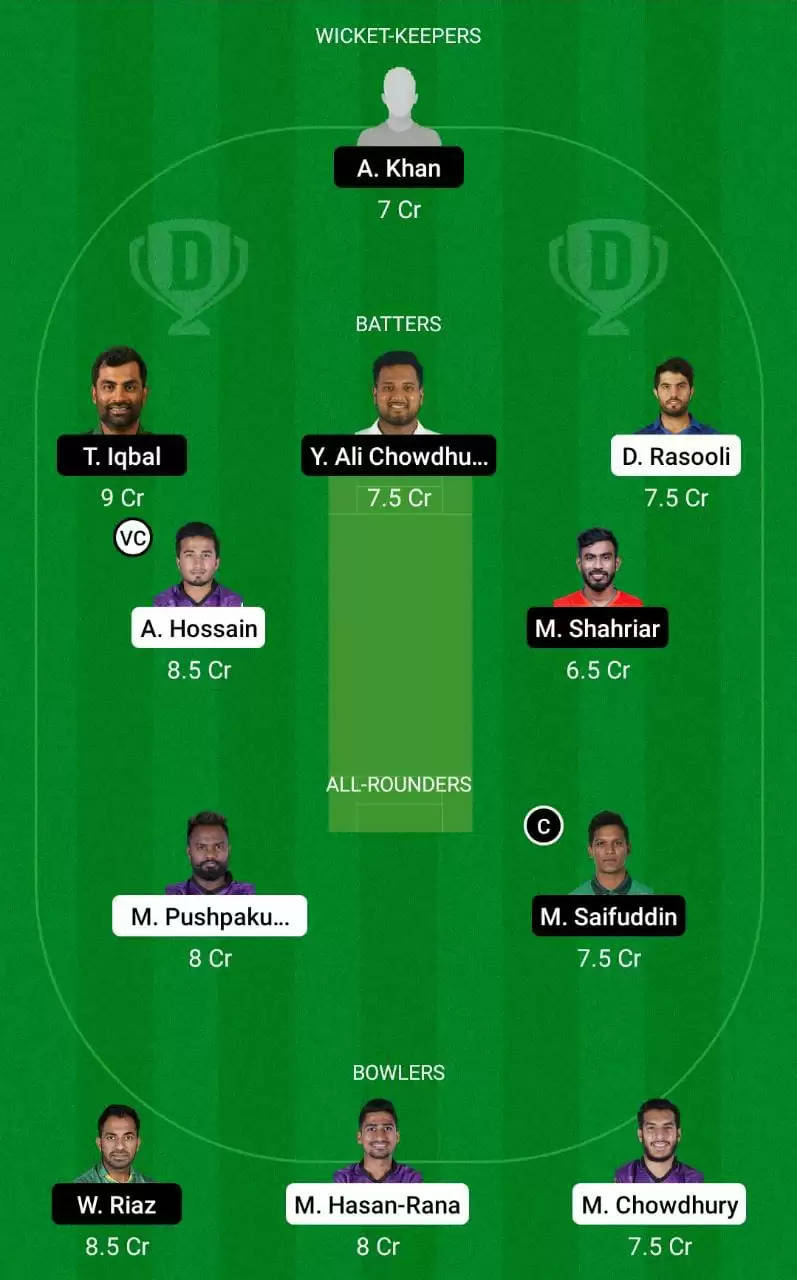 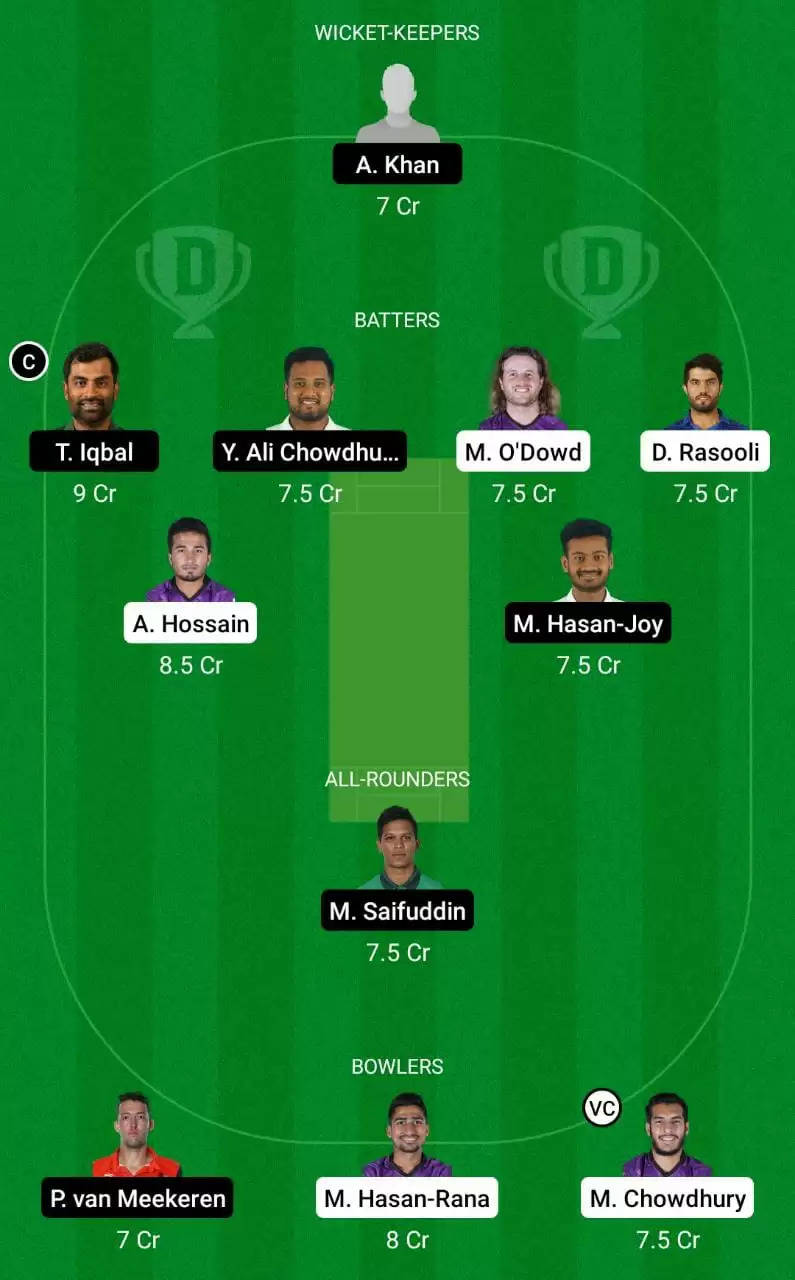