Prediction for CSK vs GT Dream11 Contest - Playing XI, Injury Updates, Pitch Report and Weather report for the clash between Chennai Super Kings and Gujarat Titans in Match 62 of the IPL 2022 season.
By Robin Sharma Sun, 15 May 2022 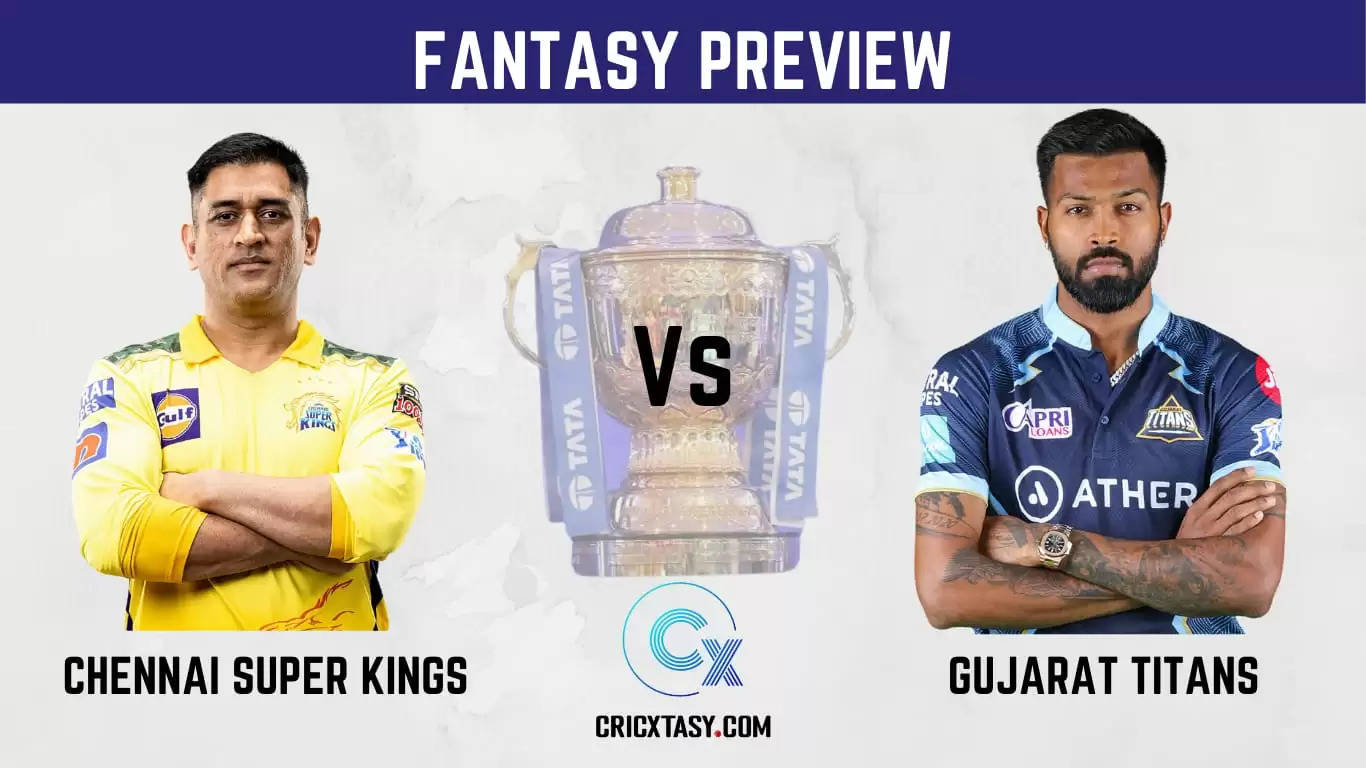 Chennai Super Kings are already out of the play-offs race and are at the 9th position with 4 wins in 12 games. They failed to perform as a team and it reflects in their performance this season. The batters and bowlers have been inconsistent for the most part of the tournament. Ruturaj Gaikwad played a few good knocks this season but he has been very inconsistent. Devon Conway has played really well in the last few games. Moeen Ali, Ambati Rayudu, and Robin Uthappa too have failed to perform consistently. MS Dhoni has shown glimpses of his former self with the bat.

Their bowling, overall, has been average but the bowlers are in great form in the last few games. Mukesh Choudhary has been exceptional with the new ball while Simarjet Singh too has bowled well. Moeen Ali has been bowling really well and is picking wickets in almost every game. Maheesh Theekshana has bowled consistently. DJ Bravo hasn’t bowled much since his return but he was excellent before that. CSK have nothing to lose now and they will look to play for pride and win this game.

Gujarat Titans, meanwhile, have been the best side of the tournament so far. They are at the top of the points table with 9 wins in 12 games and have already qualified for the play-offs. They defeated the Lucknow Super Giants by 62 runs in their last game. Their batters have been a little inconsistent, especially the middle-order. Shubman Gill and Wriddhiman Saha have been brilliant at the top. Hardik Pandya, David Miller, and Matthe Wade need to perform well in the middle-order. Rahul Tewatia too has failed in the last few games as their finisher.

Their bowlers have been exceptional and that’s a big positive for them. Mohammad Shami, Alzarri Joseph, and Yash Dayal have been brilliant as their pacers. Hardik Pandya too bowled a few overs in the last game. They have the best spinner in the world in Rashid Khan. R Sai Kishore brought a new variety to the bowling attack. Gujarat will look to continue their winning momentum in the remaining games and head to the play-offs with a lot of confidence.

The pitch at Wankhede will be a good one for batting. It will be a day game so there will be good help for the spinners as well. The dimensions of the ground are on the smaller side and there will be good bounce in the pitch. Teams may look to bat first as the pitch might slow down in the second innings making it difficult to bat on. The average first innings score at this venue is 168 runs. 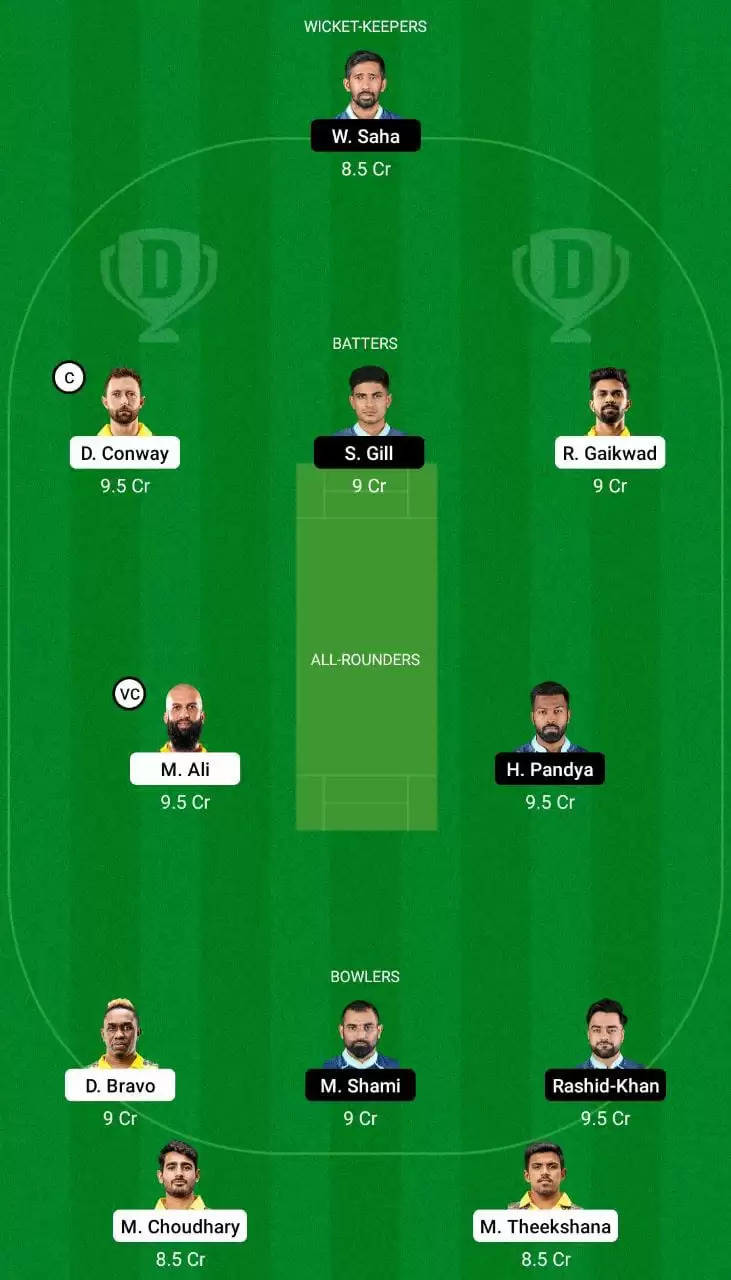 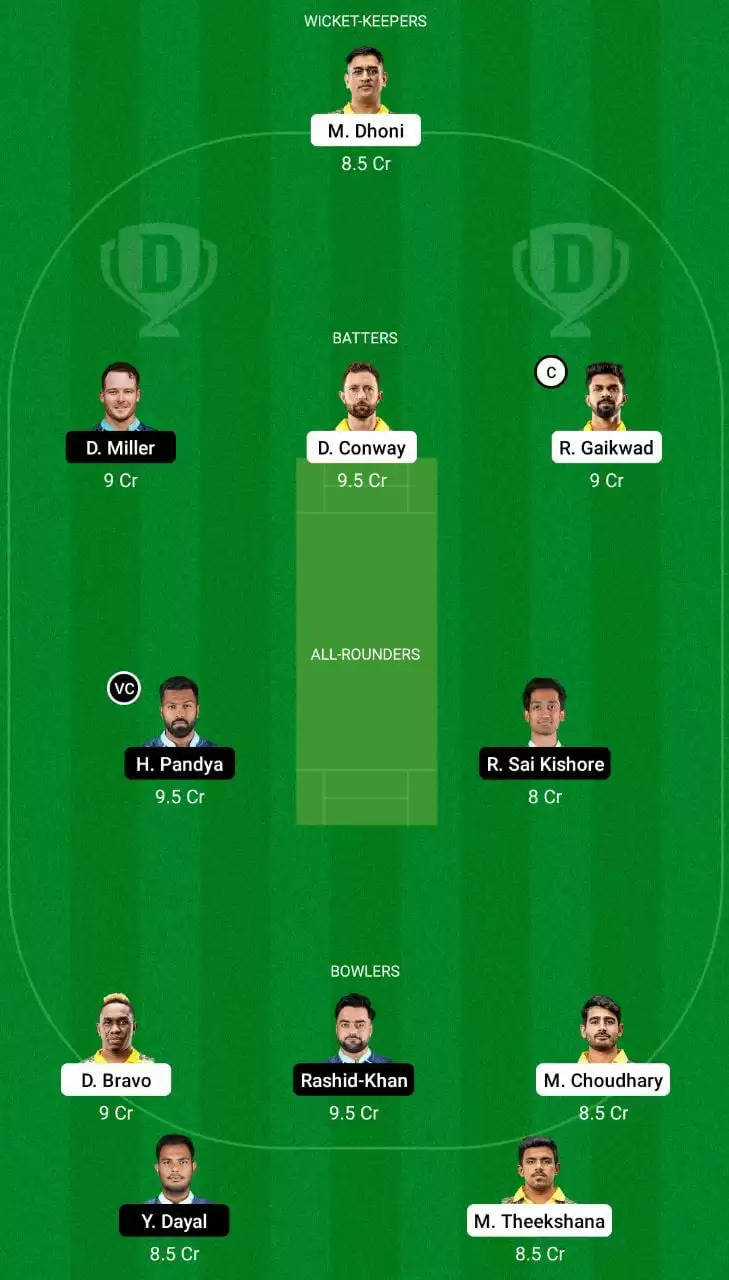 Which Contests to Join for CSK vs GT Dream11 Match