CT vs DUR Dream11 Prediction: All you need to know about the SA20 match between MI Cape Town and Durban Super Giants.
By Robin Sharma Fri, 13 Jan 2023 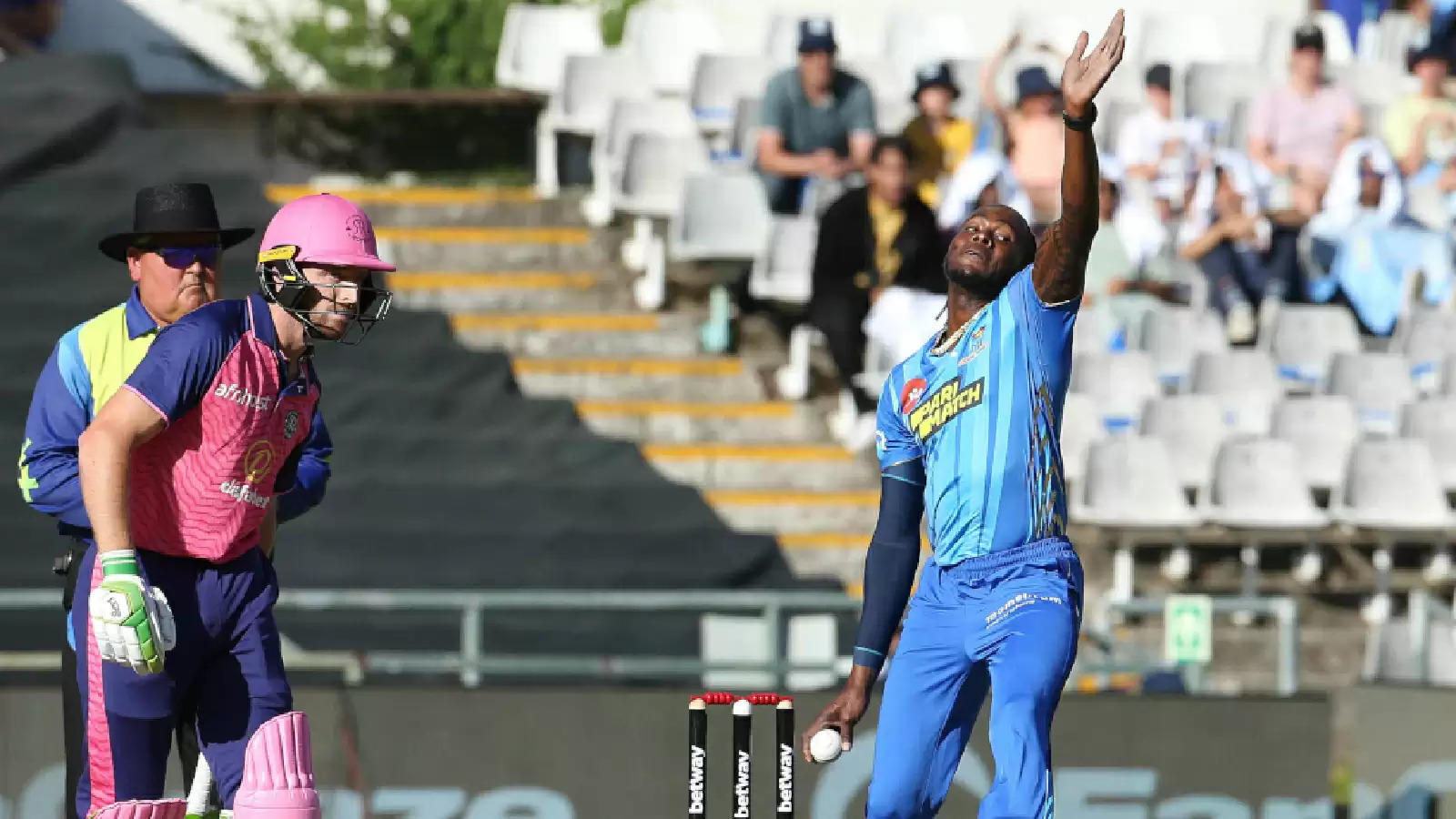 MI Cape Town won their first game quite comfortably by 8 wickets. Their bowlers did a great job and then Dewald Brevis single-handedly took his side over the line. They have many big players and most of them looked in good form. Sam Curran was a bit expensive but he is expected to bounce back strongly. MI Cape Town will look to continue their winning momentum in this game.

The Durban Super Giants were defeated by the Johannesburg Super Kings by 16 runs in their first game. Their bowlers started off well but they leaked plenty of runs towards the end and then the batters failed to capitalise on the good start. Quinton de Kock and Kyle Mayers are their best batters. They have many all-rounders in their line-up and they need to be consistent. Durban will look to register their first win of the season.

Newlands is amongst the best batting venues in South Africa. The pacers will get good assistance with the new ball. Batting in the first innings might be a little difficult but it will get better as the game progresses. The average first innings score here is 165 runs. Chasing sides have won 60% of the games played at this venue.

It will be a clear day in Capetown with no chance of rain.

Kagiso Rabada is expected to play this game for MI Cape Town.

Reece Topley is expected to play for Durban Super Giants.

The MI Cape Town are looking more balanced with a lot of depth in their batting. They are expected to win this game.

Grant Roelofsen: Grant Roelofsen will be our player to avoid in this game. He isn’t batting at his ideal position which has affected his fantasy value. 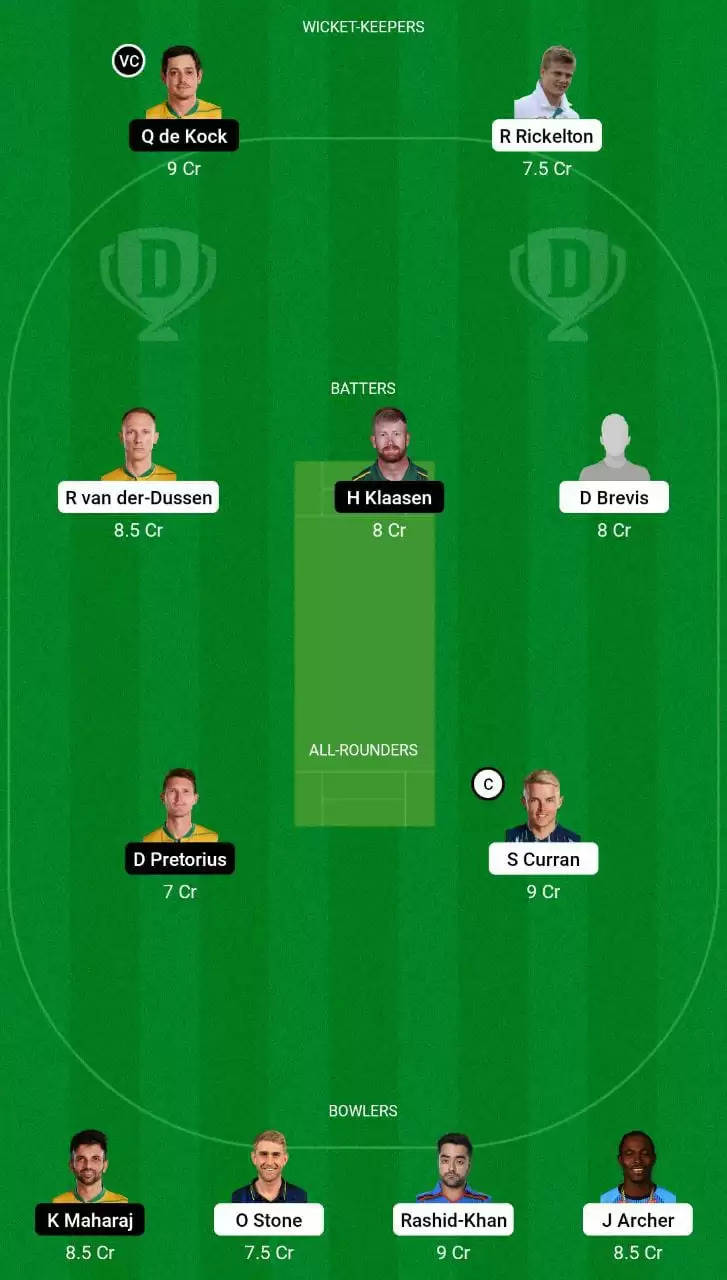 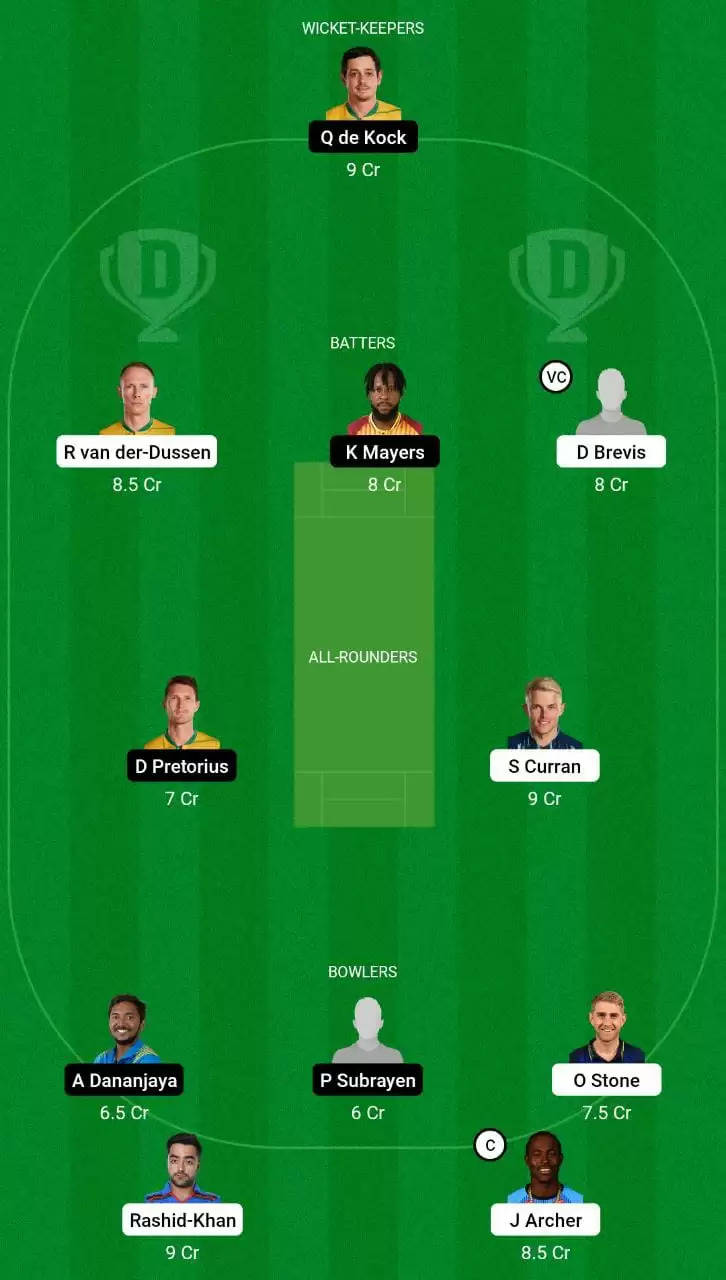