CT vs PRE Dream11 Prediction: All you need to know about the SA20 match between MI cape Town and Pretoria Capitals.
By Kaushik Kashyap Mon, 23 Jan 2023 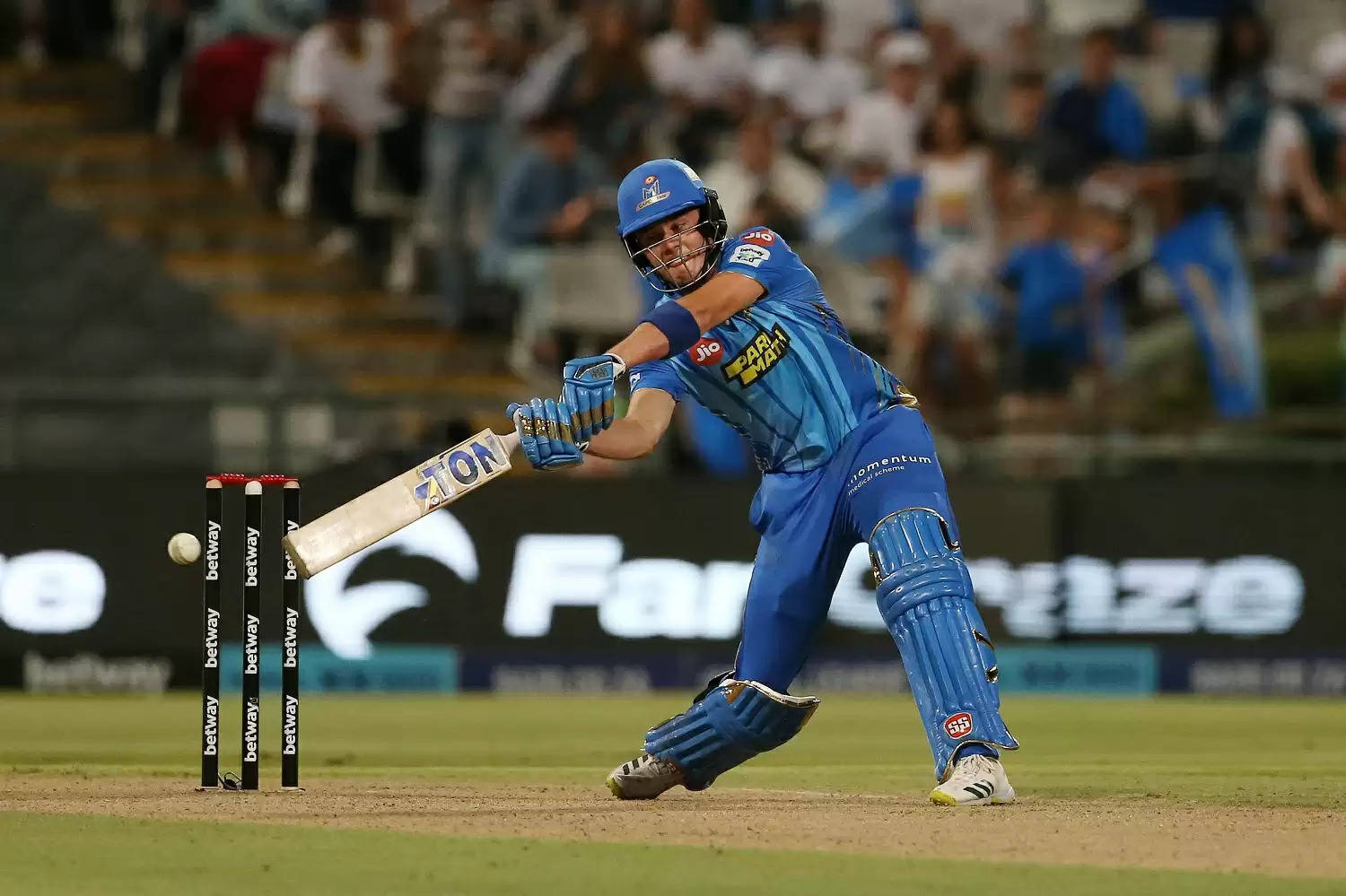 MI Cape Town has won three matches out of six games in their campaign so far. As a result they are placed third in the league standings with 13 points in total. Their bowling has been the dominant force but captain Rashid Khan will be hoping his batters to come better and compliment their bowling. The hosts are coming into this match on the back of a close win against Paarl Royals away from home and will be hoping to sustain their top four place with another win here.

On the other side, Pretoria Capitals have been clinical in the tournament so far as they are currently sitting at the top of the league standings with 18 points. However, they lost their last outing against Paarl Royals in a last over thriller and will be focusing to regain their winning form in this match.

The pitch at the Newlands in Cape Town has been a chasing wicket as teams batting second have won all the games at this venue in this tournament so far. Seamers get a lot of help initially and batting first has not been easy for anyone. This will be an evening game so the first innings is expected to be around 140. Teams winning the toss will bowl first as batting gets easier with time.

The weather forecast suggests a clear day in Cape Town. There is no rain predicted at the time of this game.

Phil Salt missed the last game due to illness and is expected to return to the XI for this game.

Both the teams look balanced on paper but Pretoria Capitals should start this game as favorites.

Anrich Nortje: Anrich Nortje will definitely start this game as a top captaincy choice. He has 10 wickets in six appearances for the Capitals and takes a wicket 13.7 balls. The conditions at the Newlands will only boost Nortje’s ability and that is why he will be one of the players to watch out for in this game.

Grant Roelofsen: The MI Cape Town’s keeper batter has been their best batter at their home venue. In three innings Roelofsen scored 113 runs at Newlands, including two half centuries. Even in his last game at home, Roelofsen scored a half century against the Sunrisers. It is advisable to keep Cape Town’s number three as one of your captaincy choices.

Kagiso Rabada: Kagiso Rabada is currently the highest wicket-taker for his side with seven wickets in four games. He has five of those seven wickets at Newlands. He will be a great captaincy choice for this game.

Delano Potgieter: Delano Potgieter striking ability is second to none. He has not got much time to spend in the middle in the tournament so far but if gets an opportunity can change the game on his head. In two innings at Newlands, Potgieter has 46 runs down the order at a strike rate of 192. He will be an excellent differential pick.

Jofra Archer: Jofra Archer started the tournament brilliantly but has not been getting wickets in a bunch since the first game at Newlands. He will be looking to get back to his best and will be a good differential pick for this game.

Rashid Khan: Even though Rashid Khan is a big name in this format of the game, it is advisable to not pick him in your XI ahead of this game. Pretoria Capitals are striking almost 140 against leg spinners this tournament and Rashid has not been convincing at Newlands, having three wickets in four games at a strike rate of 30. 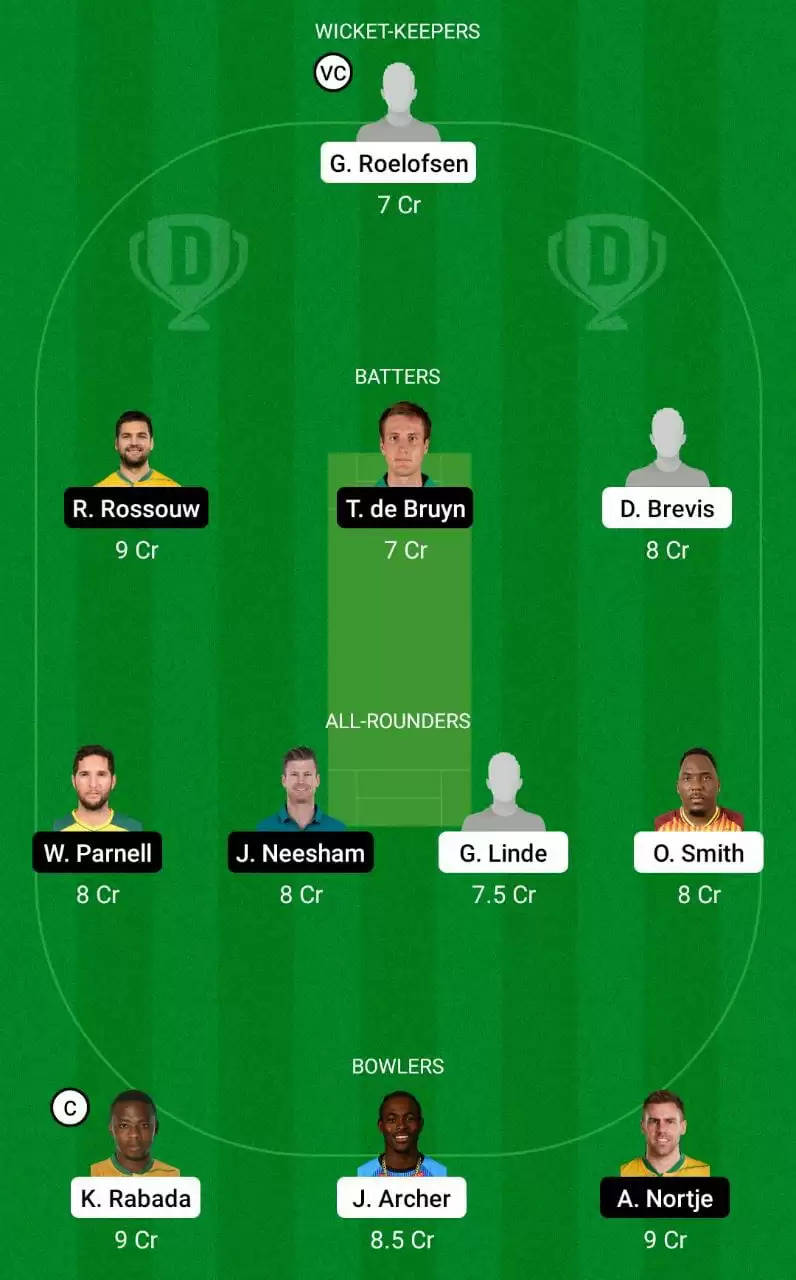 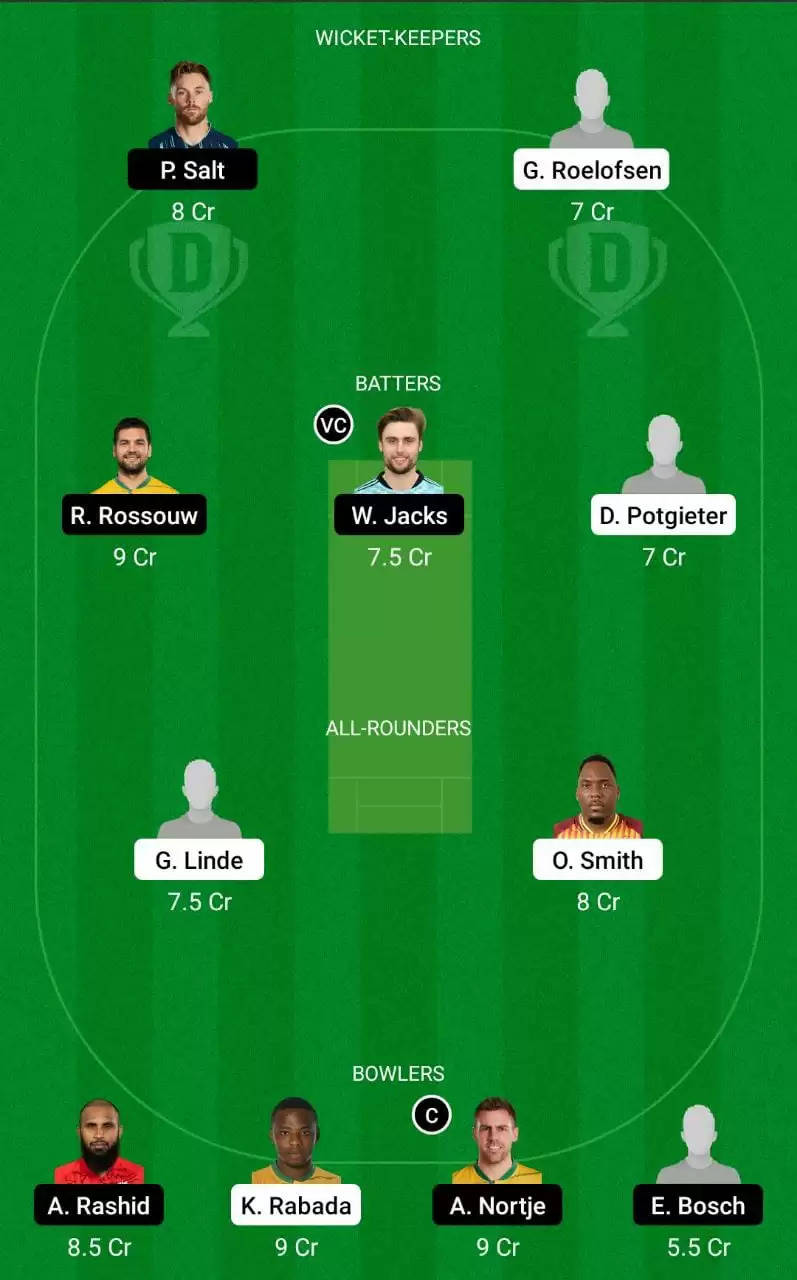