FWU vs LAS Dream11 Prediction: All you need to know about the Nepal T20 League match between Far West United and Lumbini All Stars.
By Kaushik Kashyap Wed, 28 Dec 2022 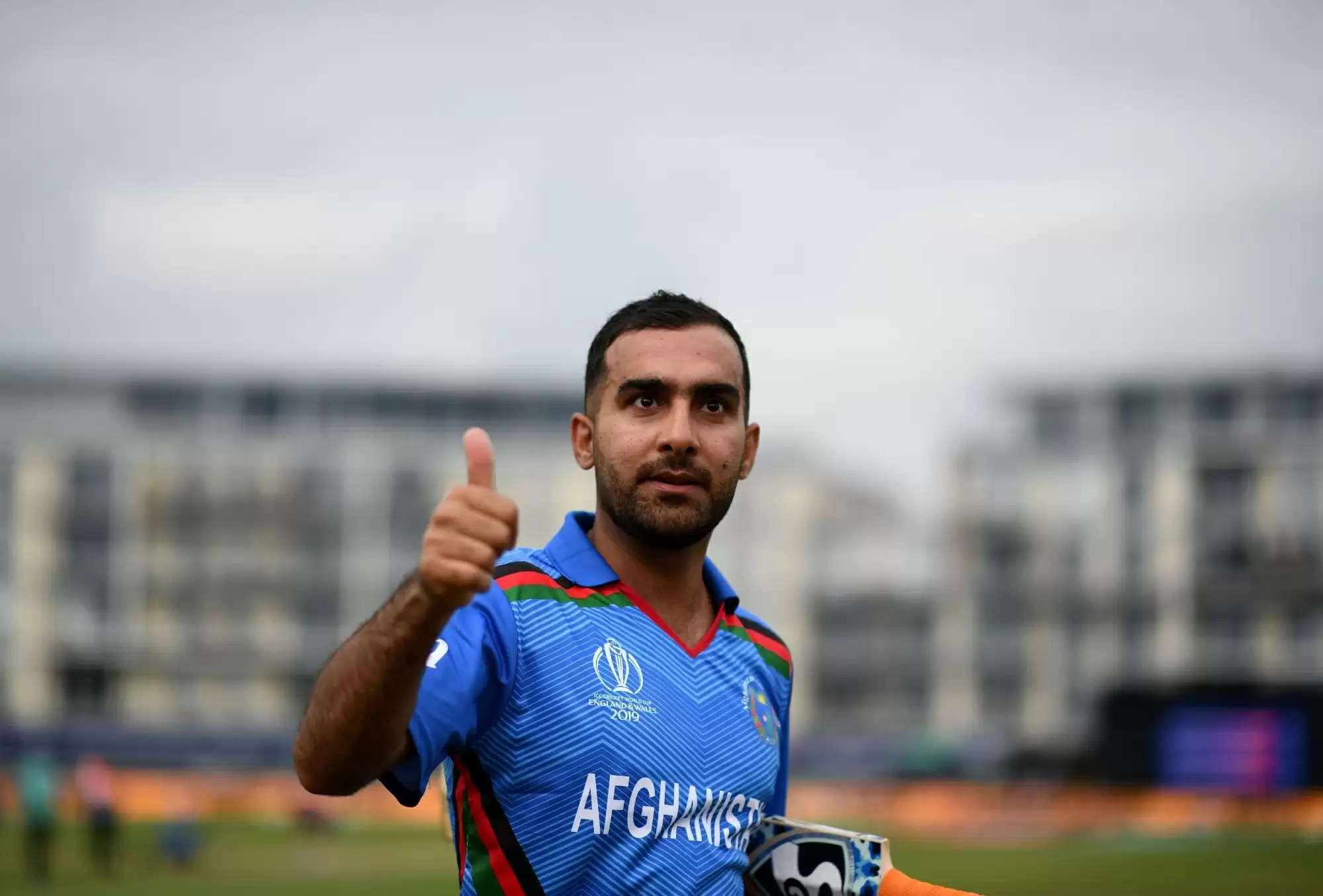 Far West United registered their first win of the tournament in their last fixture against Kathmandu Knights. They are currently sitting at 4 position in the points table after two games. Even though they won their last game, they need to show more consistency as a team. Hashmatullah Shahidi has been the one man army for the United and has scored more than half of the runs so far. Even after a terrific effort with the ball, United struggled to chase 98 and lost six wickets while doing so. In addition they were all out for just 85 in their last meeting against Lumbini All Stars. Skipper Hashmatullah will be hoping for a better effort from his batters and contribute more with their bowling which nearly looks sorted ahead of this match.

On the other side, Lumbini All Stars have won all three games they have played so far and are sitting at the top of the table. They started their campaign with a convincing 67 runs win over the same Far West United and will be looking to replicate the same in this match. The Dipendra Singh led side must be high in confidence going forward to this game especially after their last over finish against Pokhara Avengers the other day to register three wins in a row.

Can Lumbini All Stars continue their winning streak?

The pitch at Tribhuvan University International Cricket Ground in Kirtipur has been showing contrasting behaviors throughout the tournament so far. The first few games saw teams batting second struggling while chasing the target but now the tables have turned. The last five matches at this venue saw teams batting second win in four occasions. The average first innings total is around 148 and teams winning the toss would like to bowl first. Overall, it has not been a good surface for the batters as both pacers and spinners have enjoyed bowling here. Anything above 150 can be a tricky chase for the team batting second.

The weather conditions look perfect for the morning match in Kirtipur with zero chances of precipitation.

Ireland’s Harry Tector has reached Nepal T20 and is expected to be available for this match.

Lumbini All Stars will start this match as clear favorites. They have not lost a single match in the tournament so far and are coming off a close win against Pokhara Avengers in the last match.

Hashmatullah Shahidi: Hashmatullah Shahidi was the only batter from his side who managed to score last time when these two teams met. He has 85 runs in two innings he played and scored a match winning half century in the last match against Kathmandu to win the first match for his side in this tournament.

Umair Ali: Umair Ali is currently the second highest wicket taker in the tournament. He has six wickets in two matches including a three wicket haul against Lumbini All Stars. His abilities to take wickets in the later half of the innings makes him one of the top captaincy picks for this match.

Sagar Dhakal: Sagar Dhakal is the best differential pick from Lumbini All Stars' lineup. He had an impressive last time when these two teams met. He will only cost 7 CR and only 26% of teams feature him as of writing.

Sher Malla: Sher Malla was impressive in the last match against Kathmandu Knights and is not a player whom people are looking at for their fantasy XIs. He is one of the top differential picks for this match as the morning conditions might work in his favor once again like the other day.

Anil Sah: Anil Sah has managed only 25 runs in 3 innings he played in the tournament so far and bats way down the order. It is advisable to avoid picking him for this match. 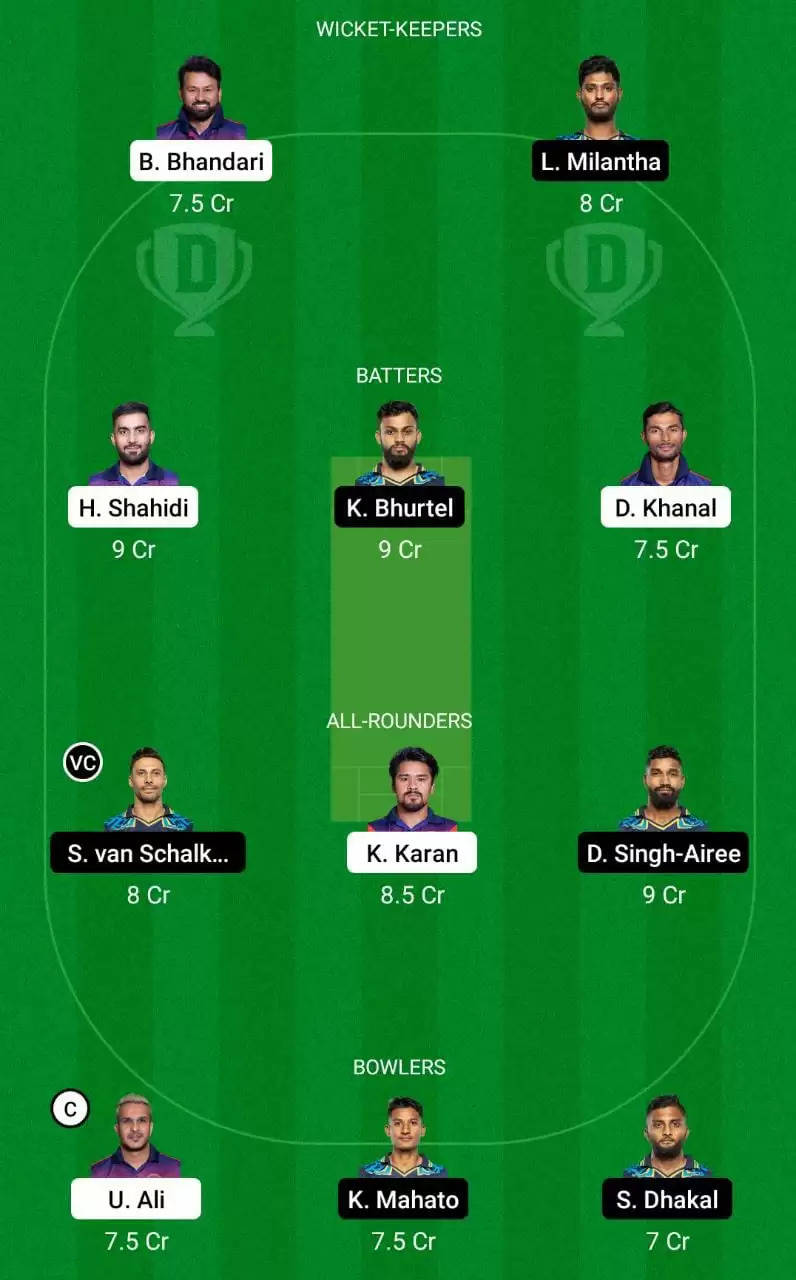 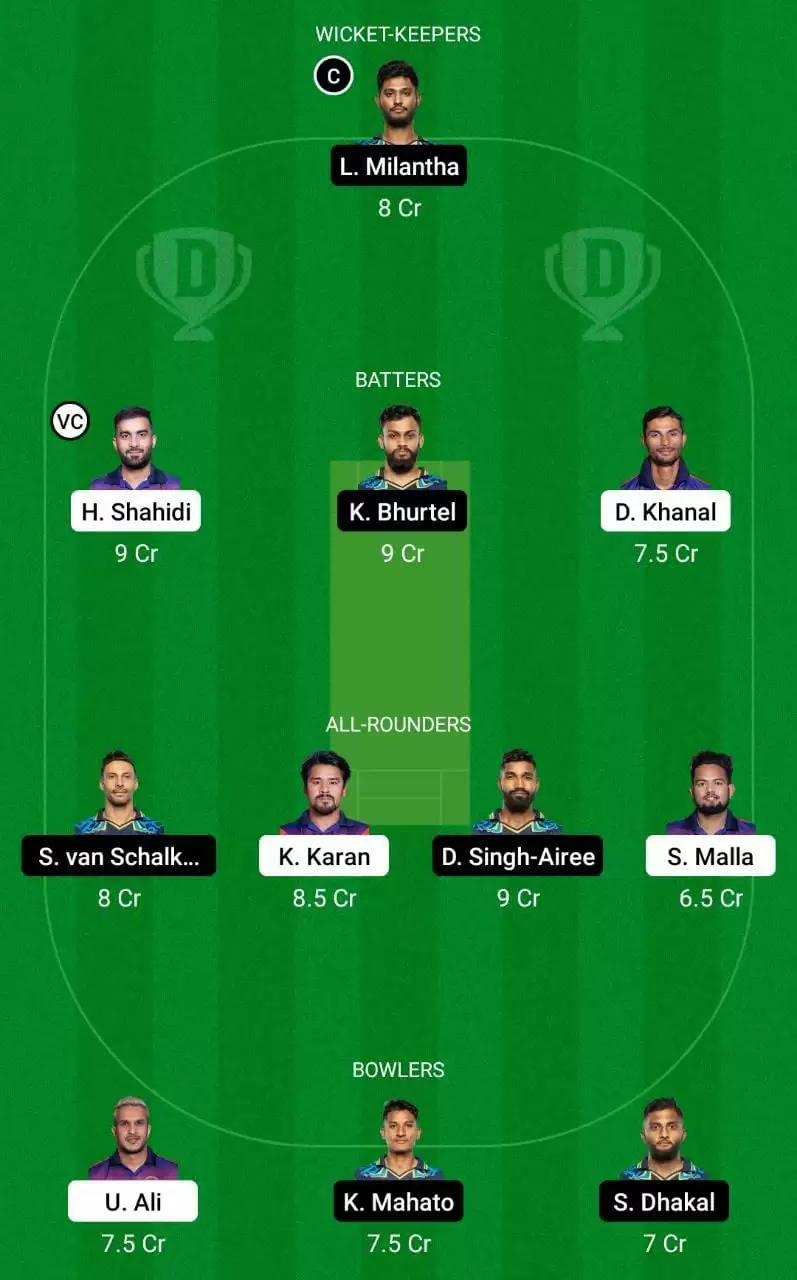