GUJ vs PUN Dream11 Prediction: All you need to know about the Ranji Trophy match between Gujarat and Punjab.
By Kaushik Kashyap Tue, 3 Jan 2023 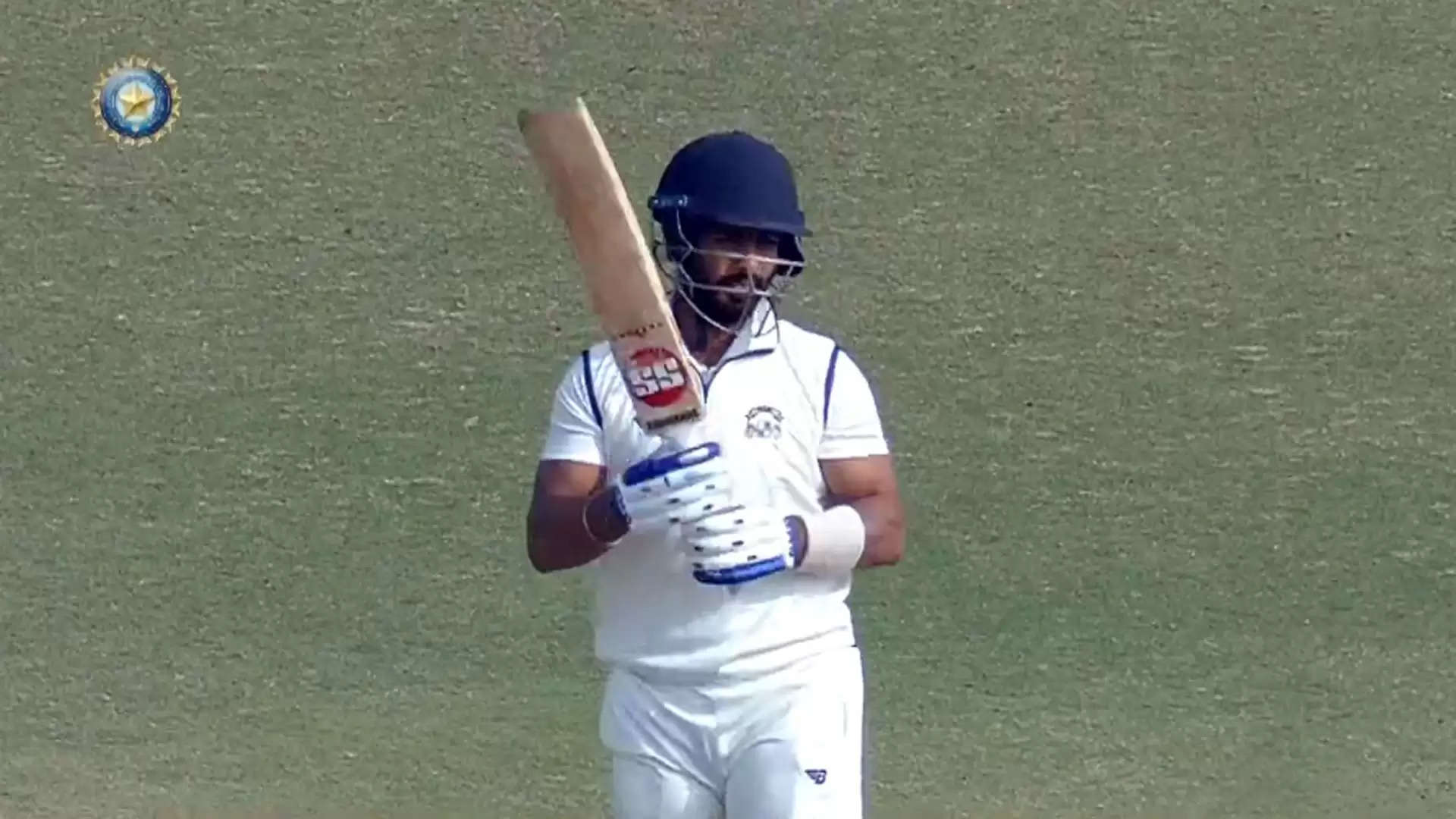 Gujarat will host Punjab in Valsad once more as a mouthwatering Ranji Trophy clash awaits in front of us. Gujarat have managed to win their last two matches after failing to take the first innings lead against Tripura in their first fixture of the season. Priyank Panchal has been a run machine once again with 22-year-old left arm spinner Siddarth Desai topping the wicket taking chart. Panchal and his men are placed second in Group D with 14 points after three matches. They must be high in confidence coming into this match after a huge win over Chandigarh in Ahmedabad last week and would like to continue their winning streak to maintain the top two spot in the group.

On the other hand, Punjab has been unlucky throughout their campaign so far. They are placed fourth in Group D with 7 points and not a single win. They will be hoping to change things quickly before it is too late. Their batting needs to step up more consistently as we saw them getting bundled out poorly against Tripura in their last game. Punjab has not managed a single win in their last five matches against Gujarat. They lost last time at Valsad, the same venue for this match and will be hoping to make things even to get their first win of this season.

Match: Gujarat vs Punjab, Round 4

The pitch at the Sardar Vallabhai Patel Stadium in Valsad is a good wicket to bat on. In almost every game in the recent past, a total of 400-500 have been scored more often than not in the first two innings. We do not get to see any results coming out from the matches at this venue most of the time. However, the last game between Gujarat and Punjab at this venue saw Gujarat winning by 110 runs. Seamers from both the sides enjoyed bowling here but it is highly unlikely we will get to see anything close to that wicket in this match. Teams winning the toss should bat first.

The weather forecast for the next four days in Valsad suggests no rain during the time of the match.

No injuries or unavailable players reported from any team yet.

Gujarat should start this match as favorites. They won the last game against Chandigarh by a huge margin and must be high in confidence coming into this match. Their batting looks in good form, followed by a balanced bowling attack suitable for their home conditions at Valsad.

Priyank Panchal: Priyank Panchal has over 500 runs in 5 innings he has played in the tournament so far. He scored an unbeaten 257 in the last match against Chandigarh. In addition, Panchal has a very impressive record against Punjab in his Ranji Trophy career. In 5 matches against Punjab Panchal has 554 runs at an average of 92.33 including one century and a triple century. There should not be any second thought in keeping the Gujarat skipper as one of your captaincy choices for this match.

Prabhsimran Singh: Prabhsimran Singh is currently the highest run scorer for Punjab this season. He can be a brilliant captaincy choice for this match considering the suitable batting conditions in the past at this venue. He has 278 runs in three innings in the season so far. He averages over 92 this season and scored a brilliant double century against Chandigarh.

Siddarth Kaul: Siddarth Kaul took a five wicket haul in the first innings and a total of 8 wickets his last outing against Gujarat at this venue. Punjab is not having the best of season with the ball but Kaul remains as the leader of their attack. He is still their best bowler this season with 7 wickets including a fifer against Railways.

Siddarth Desai: Siddarth Desai is currently the highest wicket taker of Gujarat with 21 wickets already in the first three games. The 22-year-old left arm spinner is having the best start to a season in his career. Only 6% of the players have Desai in their teams which makes him one of the best differential picks for this match.

Baltej Singh: Baltej Singh has been one of the best seamers in the domestic circuit in the recent past. Especially in the red ball format, he was the best bowler for Punjab last year. However, he is having a quiet Ranji Trophy season so far. It is advisable to keep Baltej as one of your differential picks for this match.

Umang Kumar: Umang Kumar neither bowls and bats way down the order in this Gujarat batting order. There is a high possibility we will get to see suitable batting conditions at Valsad and avoiding to pick Umang Kumar in any of your XIs will be better. 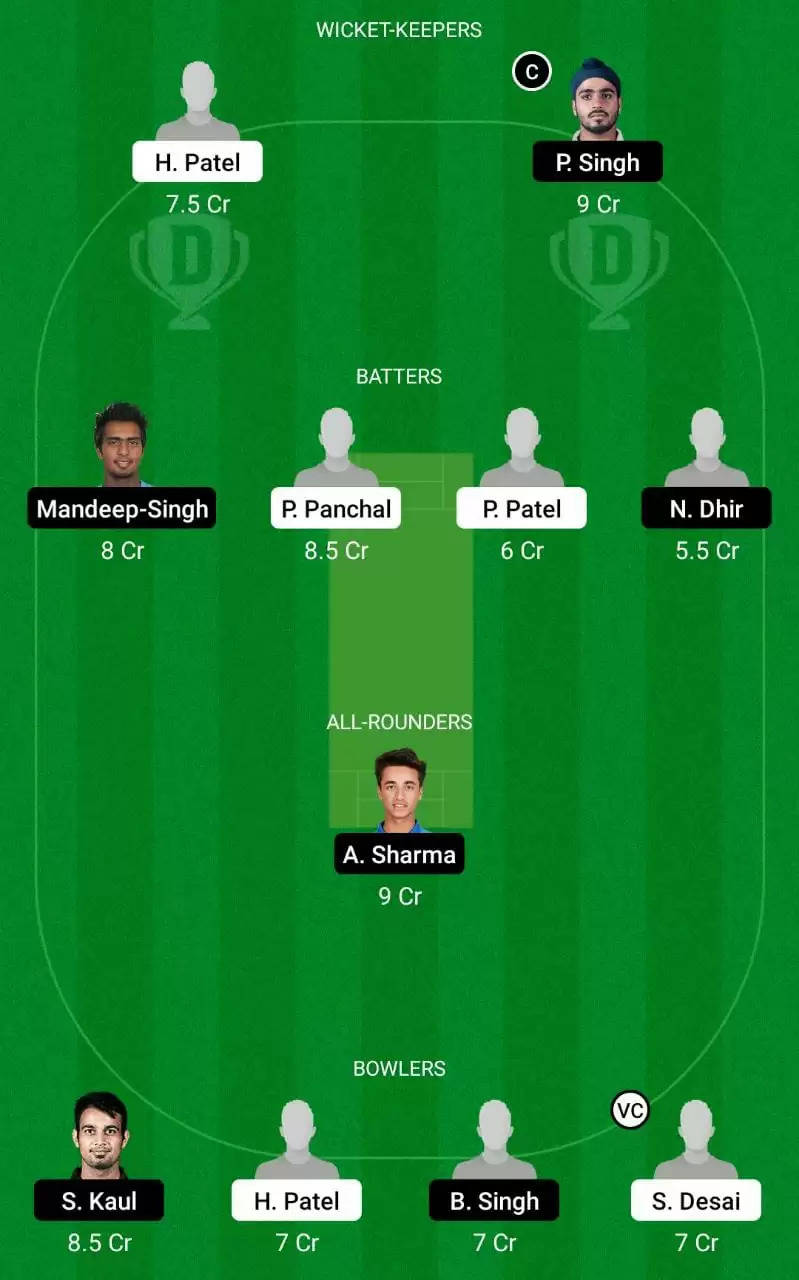 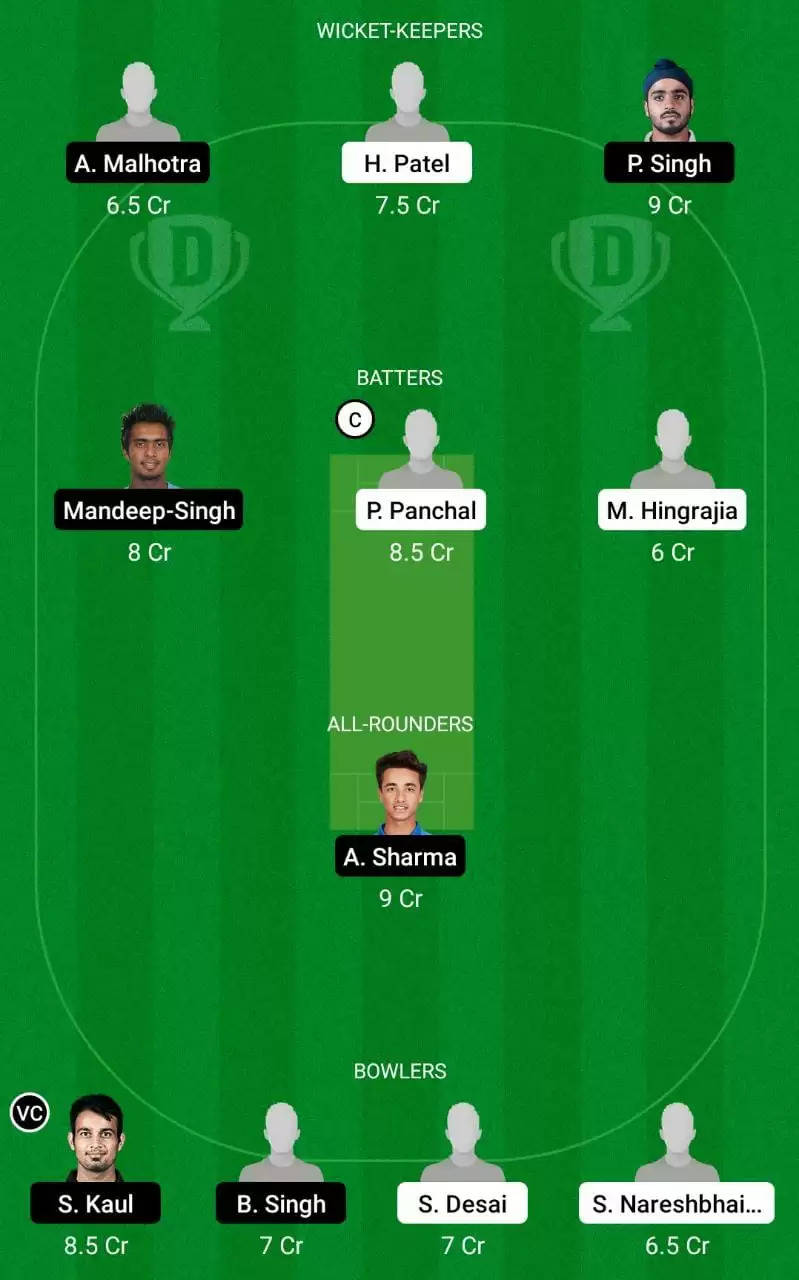