GUL vs SJH Dream11 Prediction: All you need to know about the ILT20 league match between Gulf Giants and Sharjah Warriors.
By Kaushik Kashyap Mon, 23 Jan 2023 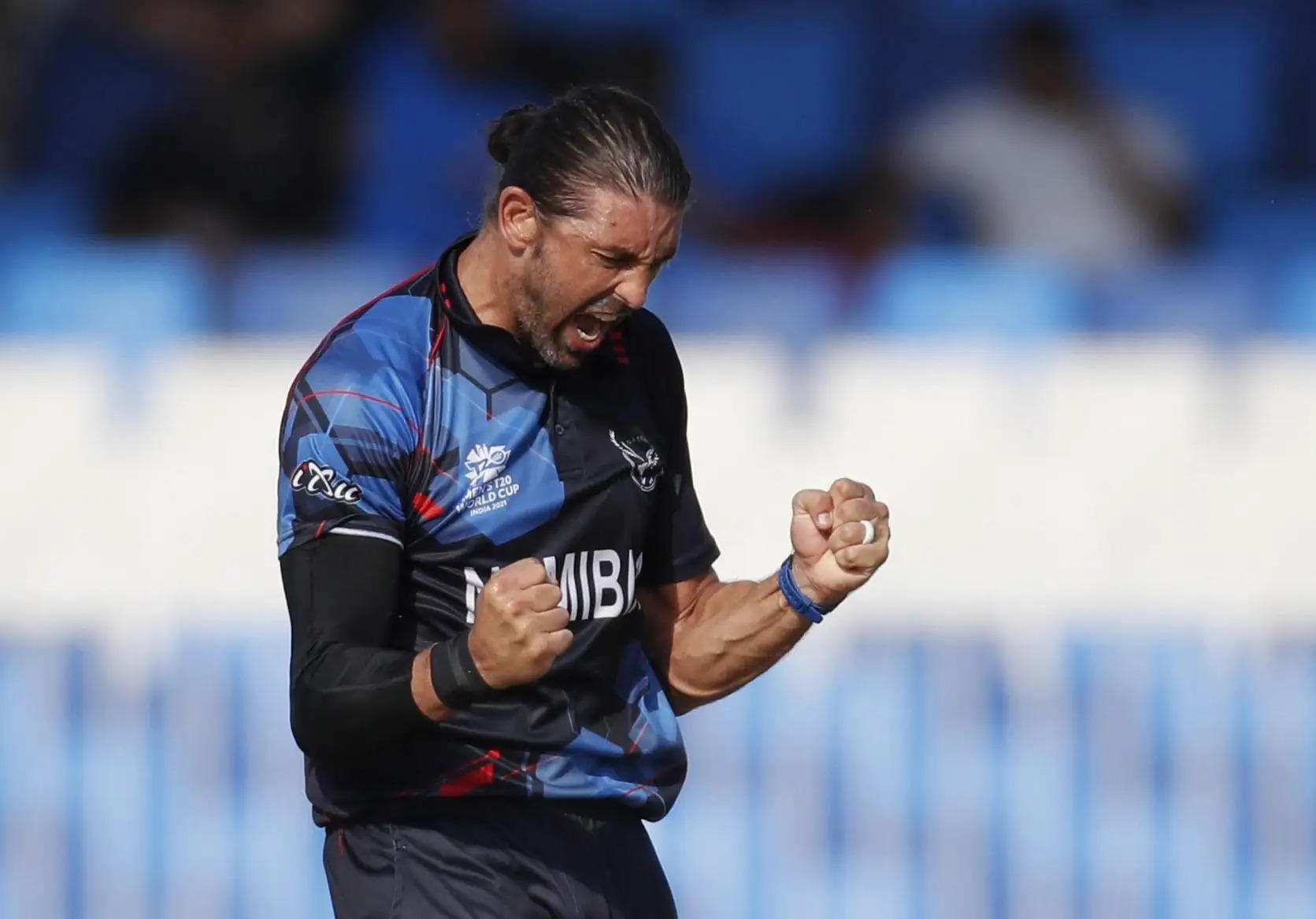 Gulf Giants have had a great start to their campaign, having won each of their first four games so far. As evidence from their last win over Desert Vipers, their batting looks sorted and a bowling attack with everyone in great form. They will be looking to continue their winning form and sustain their top-spot in the league standings.

Meanwhile, Sharjah Warriors could not start their campaign on a great note as they lost each of their first three games. However, they got their first win in their last fixture thanks to a batting masterclass from Tom Kohler Cadmore and the Warriors are placed fifth in the league standings. Moeen Ali and his men will be hoping to carry on this winning momentum, building their road to knockouts from here.

The pitch at the Dubai International Cricket Stadium has been a balanced one. Both batters and bowlers find help from the surface to keep the game alive till the last ball bowled. However, chasing has been easier in the last two games at this venue so the team that wins the toss will be bowling first. The average first innings total is expected to be around 200.

The weather forecast shows brilliant weather in Dubai throughout the day. There is no rain predicted at the time of this game.

Both the teams are balanced on paper and have won their respective last game. However, the Gulf Giants have been unbeaten in the tournament so far and are expected to win this game as well.

James Vince: James Vince is currently the second highest run-scorer in the tournament with 228 runs in four innings, including three half centuries. The Giants’ skipper scored a brilliant unbeaten 83 against Dubai Capitals at this venue and is expected to repeat the same performance in this match. He will be a great captaincy choice for this game.

Tom Kohler Cadmore: The Englishmen scored a brilliant century in the last game to give Sharjah Warriors their first win of the tournament. The conditions are getting better to bat in Dubai and TKC will be hoping to continue his good touch with the bat. He will be another top captaincy choice ahead of this game.

David Wiese: The Namibian international will be another top captaincy choice for this game. Wiese has six wickets and his batting has yet to light up the tournament. This all-round ability of Wiese makes him different from the crowd.

Dawid Malan: Dawid Malan is not having a great tournament with the bat but should finally come good in this game. He will be an excellent differential pick for this match.

Junaid Siddique: Despite being one of the few positives for Sharjah Warriors this season, Junaid Siddique does not feature in more than 80% of the teams for this match at the time of writing. It is advisable to pick him as a differential pick for your XI as he is currently the joint highest wicket-taker for the Warriors with 5 wickets at a strike rate of 15.2.

Moeen Ali: Moeen Ali is having a terrible tournament with both bat and ball. It is understandable due to his record in UAE and the dimensions of the ground. In addition, a pace attack like one in Gulf Giants will make things more difficult for the Warriors’ skipper. It is advisable to avoid him from picking in your XI for this game. 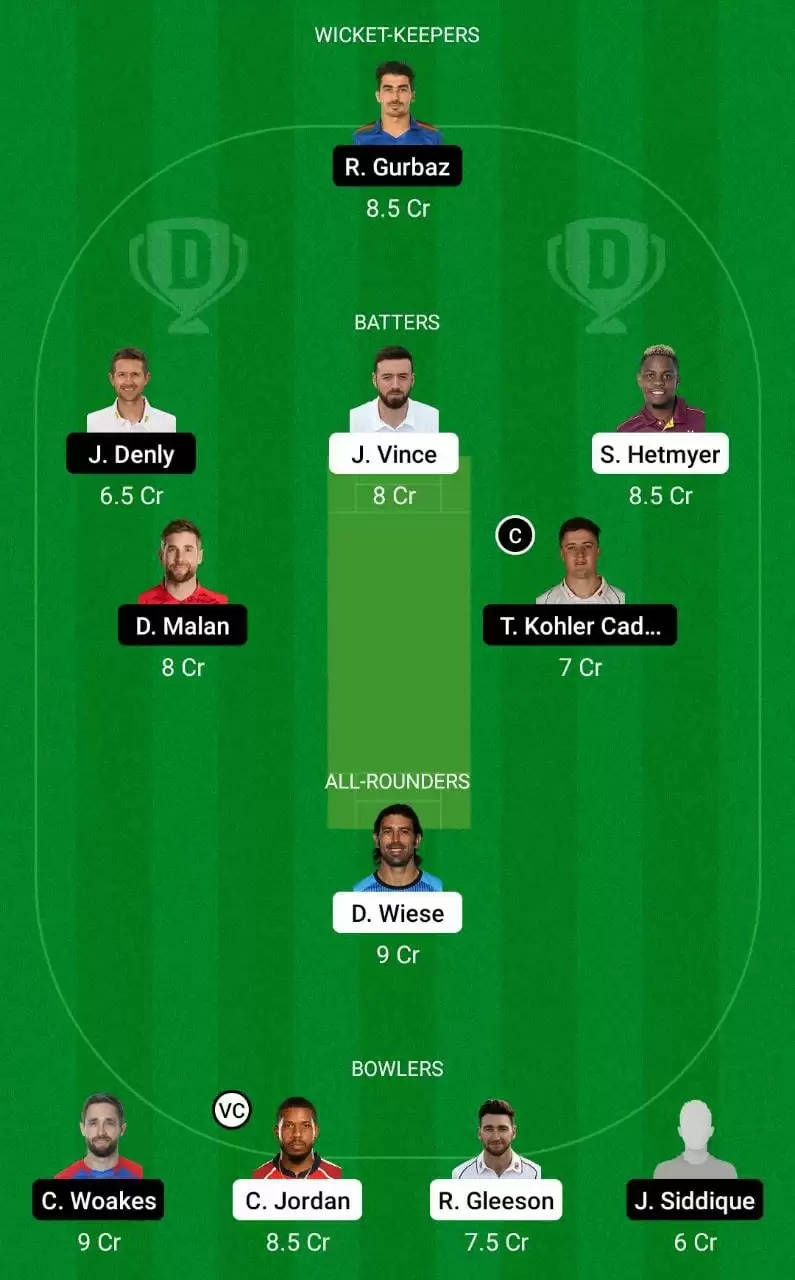 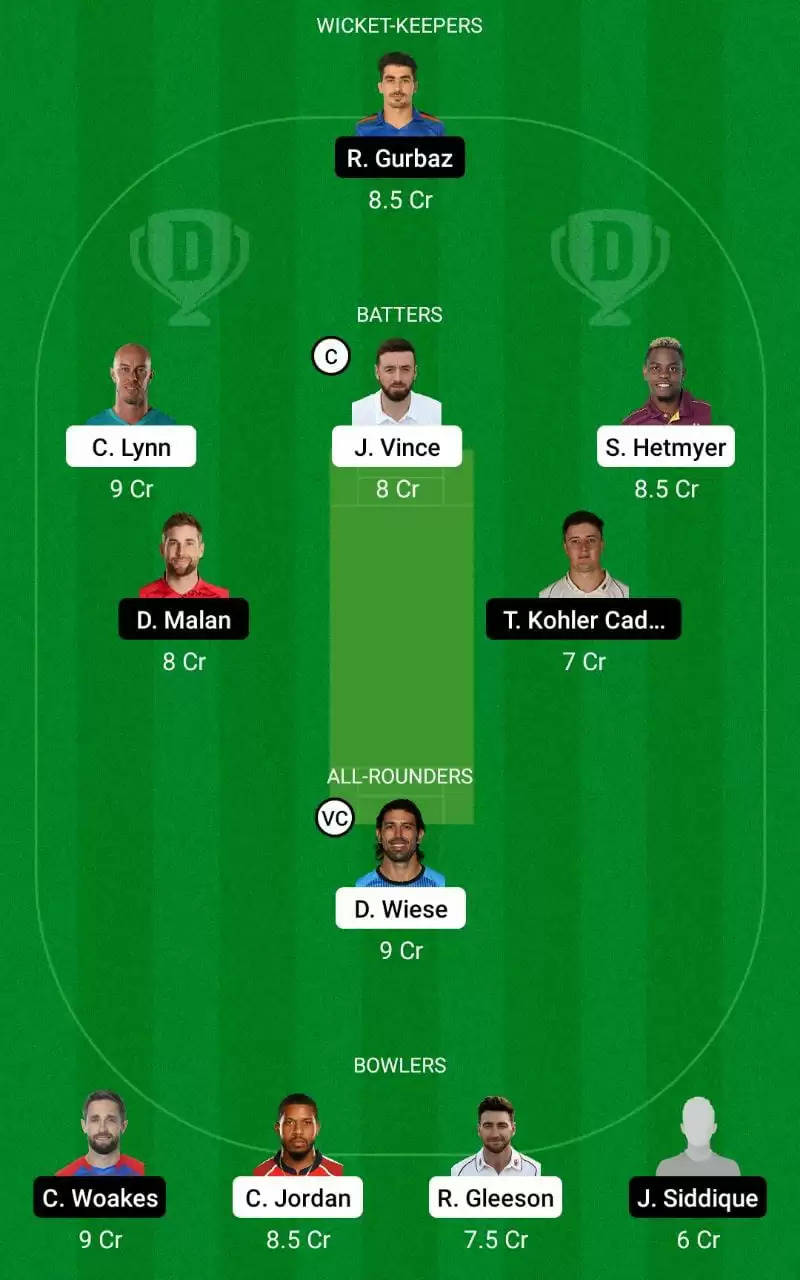