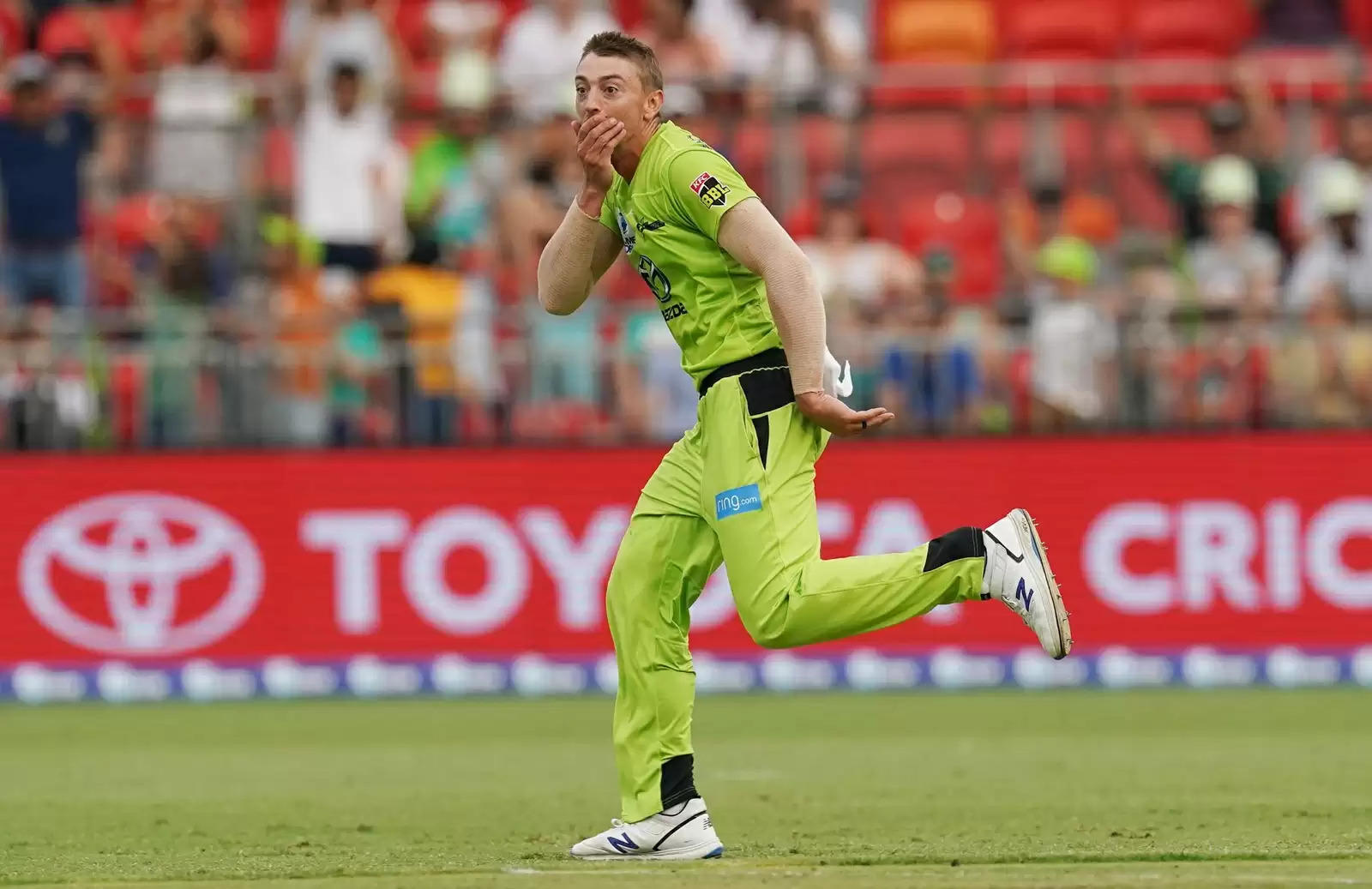 The Brisbane Heat will take on Sydney Thunder in Match 19 of the Big Bash League 2022-23 season at the Carrara Oval in Gold Coast, Queensland on Thursday, 29th December 2022.

Jimmy Pierson: Jimmy Pierson is currently the highest run scorer for Brisbane Heat. Even in the last game Pierson scored 27 after the team was 3 down for just 26 on the board. Considering Brisbane's record in the powerplay with the bat this season, there is a high possibility we can get Pierson to bat even more in this match. He has 84 runs in the middle overs this season and is fifth in the top run scorer in this phase of an innings.

Alex Hales: Alex Hales was top scorer for the Thunder in the last two games where he scored an unbeaten 59 against Brisbane Heat and 68 against Adelaide Strikers. Overall, the English international is the third highest run scorer in the tournament so far. He is definitely one of the top batters who can outscore everyone in this fixture.

Rilee Rossouw: The South African left hander had one of the best years of his career. Rossouw has over a thousand T20 runs this year with eleven fifties, including a century in Australia during the World Cup. Even though he hasn't done much overall since scoring a half century against the Renegades, it will be very difficult for the Heat to stop a player like him in these conditions.

Gurinder Sandhu: Gurinder Sandhu is currently the second highest wicket taker for Sydney Thunder. He has been brilliant with the ball during both powerplay and death overs. He has 7 wickets in total this season. Also we need to keep in mind that he had a four wicket haul in his last game at this venue and an overall average of 14.40 at this venue.

Daniel Sams: Daniel Sams is currently the highest wicket taker for Sydney Thunder and has 14 wickets against Brisbane Heat at a strike rate of 11.29. He has been brilliant with the ball in all phases of the innings this season especially in the death where he has most number wickets (5) in the tournament. In addition he is averaging around 9 with the ball in the powerplay and that can create a lot of problems for the Heat top order.

HEA vs THU Dream11 Prediction: Who is going to win Brisbane Heat vs Sydney Thunder Match?

Sydney Thunder should start this match as favorites against Brisbane Heat after thrashing them in the last fixture by 10 wickets in Sydney. The Sydney based franchise defeated Perth Scorchers in their last trip to Carrara Oval earlier this year in January. Even though Brisbane Heat leads the head to head record by 10-6 but Thunder is expected to get the better of them once again considering the last three results between these two teams. Sydney Thunder managed to win all the last three fixtures against Brisbane Heat. In addition they are currently placed 6th in this season's BBL points table with two wins and Brisbane Heat are at the bottom of the table with 2 points.