IND vs SL Dream11 Prediction for 1st ODI: All you need to know about the first ODI between India and Sri Lanka.
By Kaushik Kashyap Mon, 9 Jan 2023 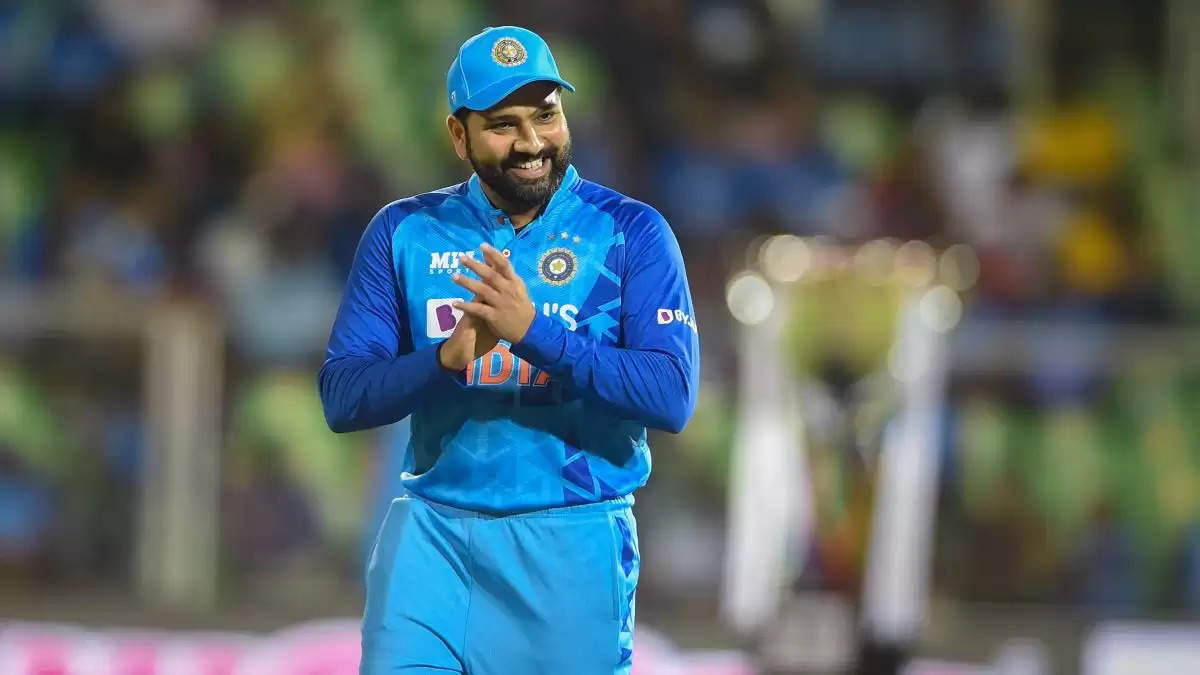 After an enthralling 3-match T20I series, India and Sri Lanka are all set to take on each other in the ODIs. This is the first ODI of the 3-match series.

There have not been many changes in the India ODI squad from their last series against Bangladesh, in fact Rohit Sharma makes his return as captain after missing the last ODI due to an injury in the second ODI. Hardik Pandya is also back to the ODI squad after getting a time off from the Bangladesh tour. This will be the first ODI series against Sri Lanka in more than five years for many senior players. With 2023 being a World Cup year, Rohit Sharma and his men will be hoping to start the proceedings with a win.

Meanwhile, Sri Lanka had a brilliant 2022 in this format, having beaten the mighty Australia by 3-2 last June. There have not been many changes in their squad either are expected to continue with the same combination.There might be a chance we see young left arm spinner Dunith Wellalage in the XI. Overall, Dasun Shanaka and his men won many hearts by their magnificent performance in the T20I series. They will be hoping to go one step ahead this time and win the series.

Also Read: Up for a strenous BGT, India need to ease life more for vulnerable Kohli

The pitch at the Barsapara Cricket Stadium in Guwahati is a good one for the batters. This venue has hosted only one List A game, where a total of 324 was chased down with almost 8 overs remaining. In addition, the last T20I played here last year saw almost 500 runs being scored across two innings. Batting gets even better under the lights and the average first innings score is expected to be around 320. Team winning the toss will bowl first.

The weather forecast in Guwahati looks brilliant throughout the day. There is no rain predicted during the match time.

Jasprit Bumrah, who was supposed to make his comeback from injury in this series has been further rested.

Both the teams are looking balanced and an enthralling contest beckons in front of us. However, India is expected to win this match.

Virat Kohli: Virat Kohli had a fantastic second half of 2022. He scored his 44th ODI century in his last ODI match against Bangladesh last month. The former India captain also scored an ODI century in his last visit to Guwahati back in 2018. The conditions at the Barsapara have been better for the batters lately and looking at Kohli’s form lately, he will be a brilliant captaincy choice for this match. Moreover, it is against Sri Lanka, against whom he has an ODI average of 60, including 8 centuries.

Charith Asalanka: Charith Asalanka scored an unbeaten 83 in the last ODI game Sri Lanka played. Asalanka has been in great form in this format for the last couple of years. He finished 2022 as the second highest run-scorer for Sri Lanka in ODIs. The left handed batter scored 426 runs at an average of 53.25 in ODIs, including 3 half centuries and a century. He will be an excellent captaincy pick for this match.

Chamika Karunaratne: Chamika Karunaratne finished 2022 as Sri Lanka’s second highest wicket taker in the ODIs. In addition, he can bat considerably well and scored 176 runs down the order in 2022. He will be an amazing differential pick for this match.

Mohammed Siraj: Mohammed Siraj will be a top differential pick for this match. The Indian seamer was the highest wicket-taker for India in ODIs last year. Siraj took 24 wickets in 15 ODIs he played last year. 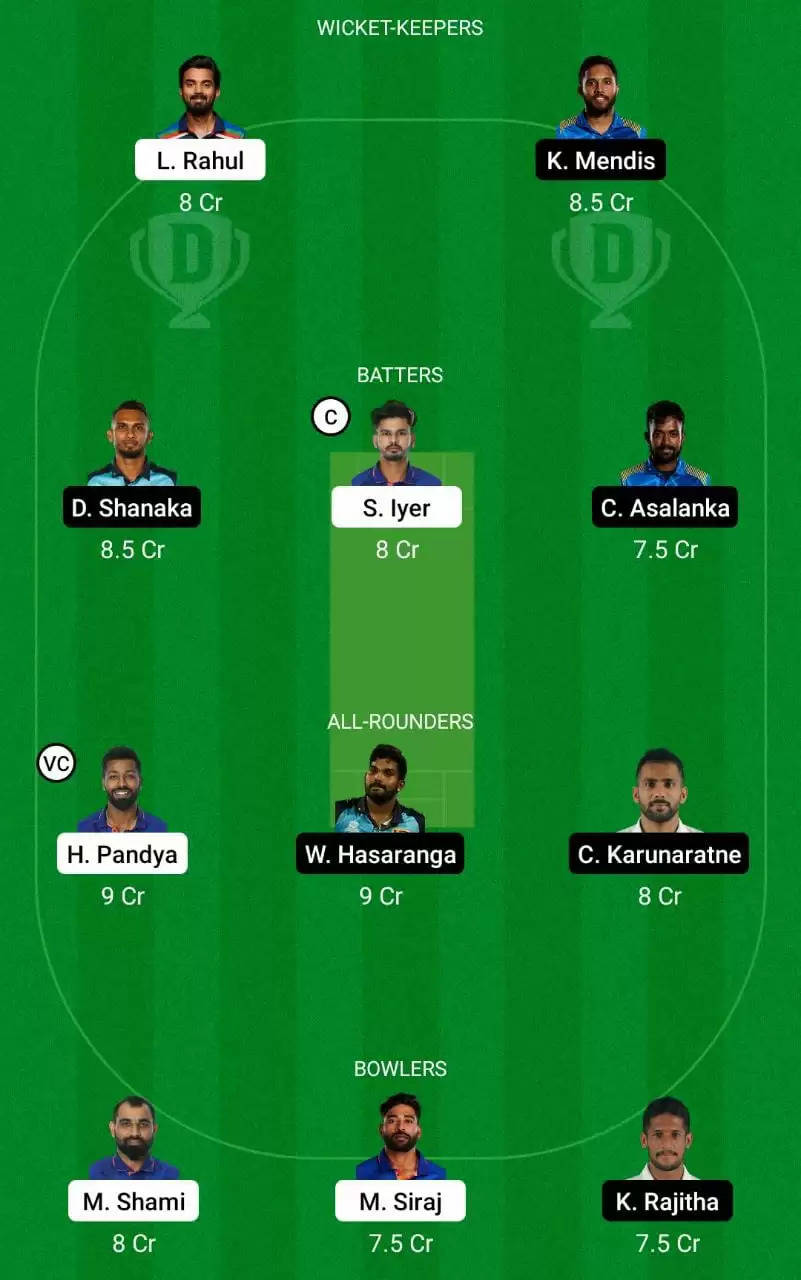 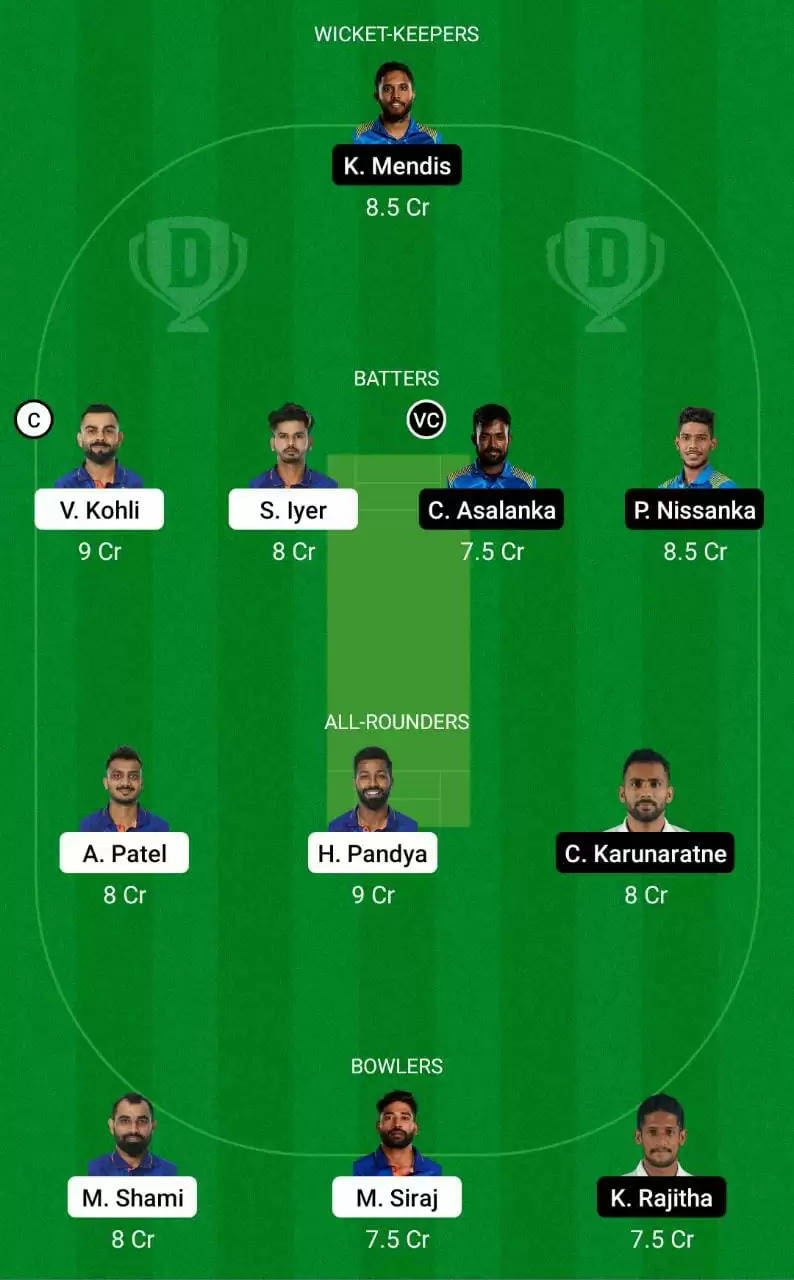