IND vs SL Dream11 Prediction: All you need to know about the second ODI between India and Sri Lanka.
By Kaushik Kashyap Thu, 12 Jan 2023 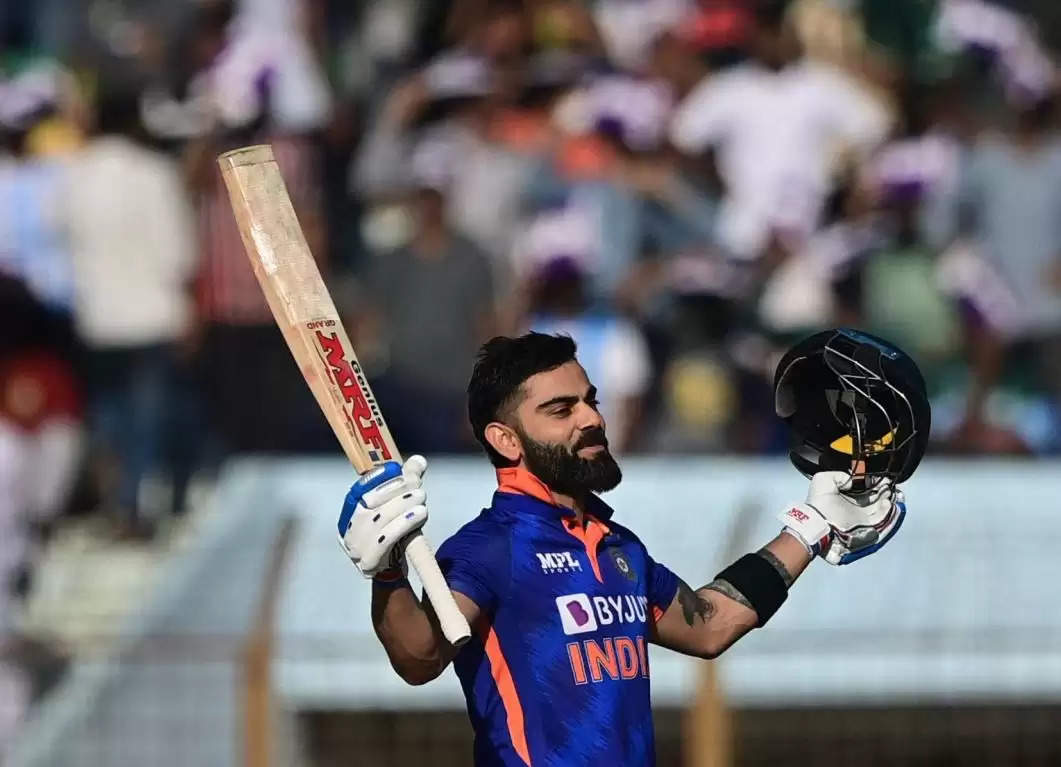 Virat Kohli's magnificent century led India to a comfortable win in the first ODI against Sri Lanka in Guwahati. The stage is set for the second ODI at the Eden Gardens as Rohit Sharma and co will be looking to seal the series. It was a complete performance from the batting unit, followed by a decent effort from the bowlers as well. However, India still needs to improve their spin bowling with the World Cup coming up later this year. India are playing an ODI at the Eden Gardens after five years. They will be hoping to continue their winning momentum and seal in this match.

On the other side, Sri Lanka had an off day with the ball, followed by below average effort with the bat. The batters got the start but nobody got going except skipper Dasun Shanka. Shanaka will be hoping his bowlers will not repeat the same mistake and will play a part to level the series in Kolkata. Sri Lanka will be keen to win this match and stay alive in the series with the final clash on Sunday.

Also Read: 'It's time to get ready to live without Bumrah' - Aakash Chopra

The pitch at the Eden Gardens in Kolkata is a balanced one for an ODI match. Batters can make runs after settling in the middle as both seamers and spinners get help from the surface throughout the game. Seamers enjoy bowling initially and spinners take over during the middle overs. The first innings score should be around 280 on this surface. Team winning the toss should bat first as teams batting second in an ODI game here have not been able to chase a target for more than 10 years now. However, anything around 250 should be comfortably chased.

The weather forecast in Kolkata looks brilliant throughout the day. There is no rain predicted during the match time.

Dilshan Madushanka reportedly dislocated his right shoulder while fielding in the first ODI. It is highly unlikely to see him back in the playing XI for this match.

India is expected to win this match. Even though both the teams are looking balanced on paper, India will carry a slight edge ahead of this match.

Shreyas Iyer: Shreyas Iyer started well in the first ODI but could not turn his innings into a big one. He was the highest run-scorer in ODIs last year with 724 runs at an average 55.7. Considering the conditions at the Eden Garden, Iyer might get more time to bat in this match and will be a safe captaincy choice going forward. Moreover, he played at this venue recently during the knockout stage in Syed Mushtaq Ali trophy, scoring 147 runs in 3 innings.

Virat Kohli: Virat Kohli will continue to be one of the top captaincy choices for this match. He scored a fantastic century in the first ODI in Guwahati and is looking in great form lately. In the last ODI at the Eden Gardens, Kohli scored a magnificent 92 against Australia. Overall, he is averaging over 54 in ODIs at the Eden Garden with 3 half centuries and one century. His last test innings at the venue saw him getting his last test century and he also scored 52 in his last T20I here.

Kasun Rajitha: Kasun Rajitha continued his wicket taking form in the first ODI. His ability with the new ball and the variations at the end might prove to be a huge difference for Sri Lanka in this game. Moreover, the conditions at the Eden Gardens will assist seamers more than what we saw in Guwahati which makes him one of the best captaincy choices for this match.

Kuldeep Yadav: Kuldeep Yadav did not play in the first ODI but there is a great chance to see the left-arm chinaman in action in the second ODI at the Eden Gardens. He took a hat-trick in his last visit to this venue for an ODI game. If he gets game time, he will be a top differential pick for this match.

Charith Asalanka: Charith Asalanka could not create much of an impact in the first ODI but there is a great chance Sri Lanka will need the left-hander to step up in this match in Kolkata. Asalanka was the second highest run-scorer for Sri Lanka in ODIs last year and will be an excellent differential choice for this match.

Dunith Wellalage: The young Sri Lankan left-arm spinner had an off day with the ball in the second ODI. Even though Wellalage’s figures showed that, he did make things difficult for the batters at times on a pitch which had nothing for the bowlers. It is advisable to keep him as one of your differential picks for this match as the conditions in Kolkata might work out for him.

Avishka Fernando: Avishka Fernando has been around for a while, but has not been able to replicate people’s expectations. It is advisable to avoid picking him in your XI for this match. 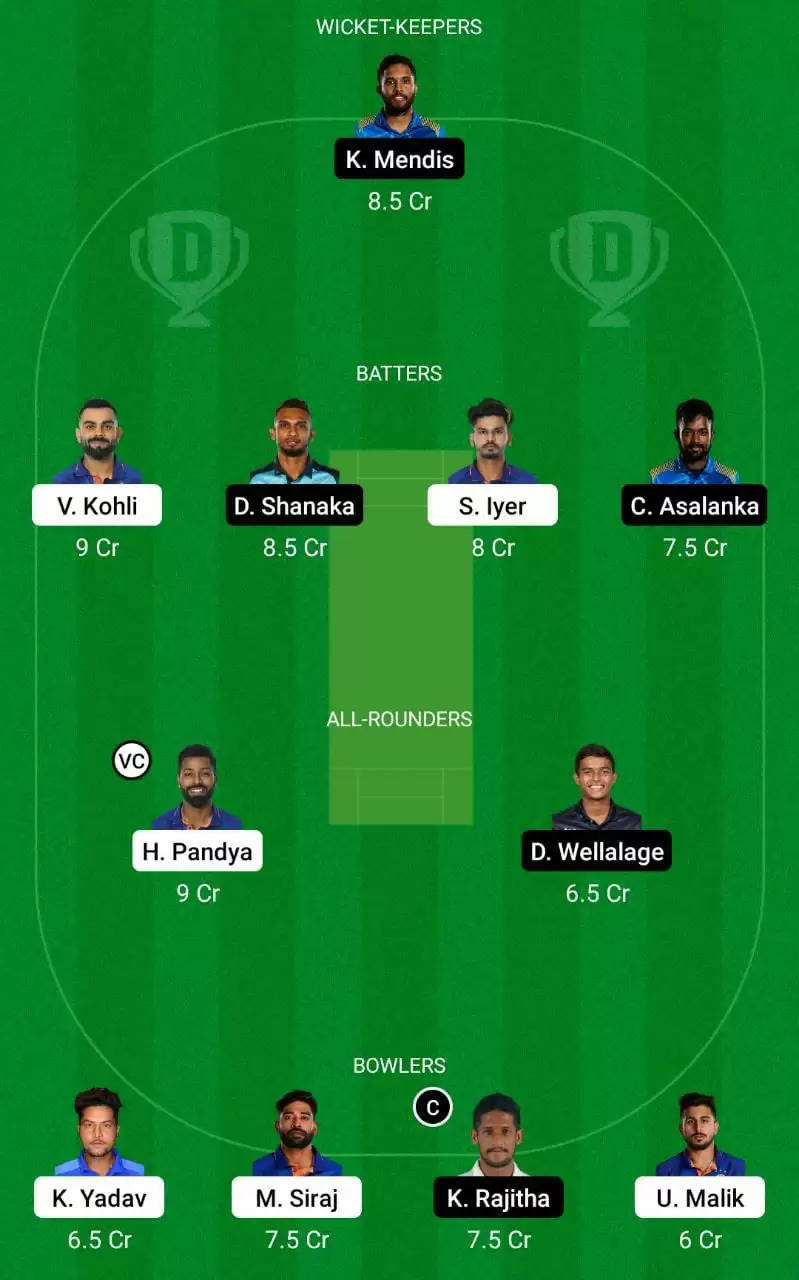 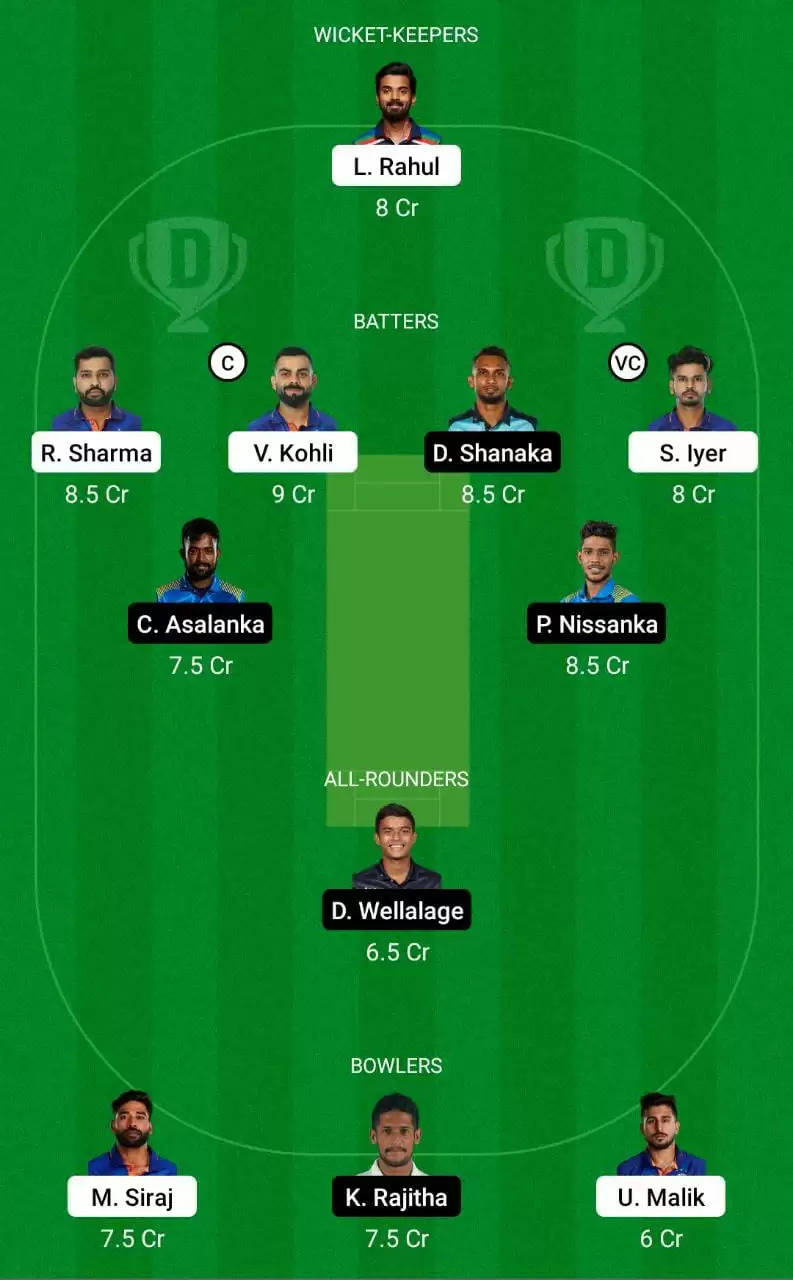