Get IRE vs NZ Dream11 Prediction and Dream11 Team for the second T20I match between Ireland and New Zealand in Belfast on Wednesday.
By Robin Sharma Wed, 20 Jul 2022 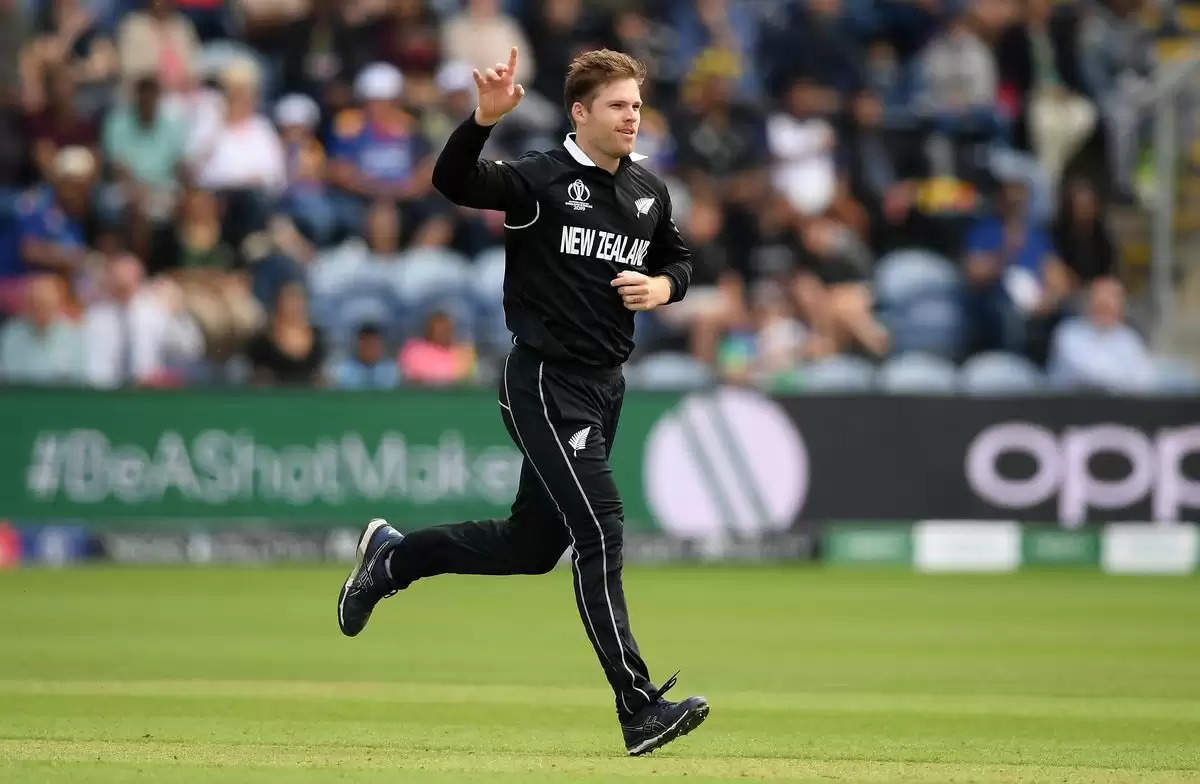 Ireland will come up against New Zealand in the second T20I of the three match series in Belfast on 20th of July.

Ireland started well with the ball in the first T20I but Glenn Phillips stole the show at the end, scoring a brilliant half century which took New Zealand total to 173 in 20 overs. Joshua Little grabbed a 4fer and will be the key for the Irish in this match as well. Paul Stirling and Harry Tector will be looking to make an impact in the second T20I, following a poor show with the bat in the first T20I.

On the other side, New Zealand continued their winning form from the ODIs as they started the three match T20I series with a win as well. The batting order will be hoping to not repeat the same mistake as they did in the first T20I. Glenn Phillips scored a brilliant unbeaten fifty and took New Zealand to a competitive total. Jimmy Neesham added some quick runs in the middle and changed the momentum of the game. With the ball, Lockie Ferguson led the attack with a four wicket haul and Ireland got all-out for just 142 at the end.

Also Read: Ireland vs New Zealand ODI & T20I series 2022 Live Streaming Details: When and Where to watch IRE vs NZ Series LIVE on TV in India, New Zealand and in the UK, Squads, Schedule, Date and Time

The visitors led by Mitchell Santner will be looking to continue the momentum and seal the series in the second T20I, while the Irish eyeing a bounceback and will be hoping to take the series into the final T20I on Friday (July 22nd).

The pitch at Belfast is a balanced one for a T20 game. As we saw in the first T20I the average first innings is around 170. Notably, new ball bowlers get early wickets in both the innings. Batters did find it difficult early on but could play their shots as the game progressed. The team winning the toss should be bowling first.

New Zealand won the first T20I and looked very strong on and off the field. It will be a close encounter once again but New Zealand are expected to win the 2nd T20I as well and seal the series.

Joshua Little: Joshua Little was the star pacer for the Irish in the first t20I, picking wickets in both powerplay and death overs. The left-armer finished the innings with a figure of four for 35. The pitch suited him really well at Belfast and is advisable to make him captain in one of your XIs.

Lockie Ferguson: The Kiwi paceman took four wickets in the first T20I and looked absolutely unplayable throughout the innings. He gave just 14 runs in his spell, grabbing four scalps. His ability to hit the deck hard with such speed brought the best out of the pitch at Belfast.

Curtis Campher: Curtis Campher all-round abilities makes him one of the top captaincy choices in this match. We saw him continuing his great form after the ODI series in the first T20I as well. He was the highest run scorer in the Ireland chase and also took one wicket with the ball.

Mark Adair (8.5 credits): Mark Adair is an excellent budget pick for this match as always. His wicket taking deliveries in the powerplay and death makes him one of the top budget picks you can ever have. His variations with the balls in the death often beat batters of the highest caliber. In addition he adds valuable runs down the order. He took 2 wickets and scored 25 in the first T20I day before yesterday.

Jimmy Neesham (8.5 credits): The star all-rounder is in very good form lately, especially in the T20 format. He was looking good in the first T20I against Ireland as well but got out to Dockrell just before the slog overs. Neesham will only cost 8.5 CR which is highly advisable as your budget pick. The left-handed batter scored a quick 29 off 16 balls, rebuilding the New Zealand innings with Glenn Phillips. He also took 2 for 19 with the ball in the second innings.

George Dockrell: George Dockrell is an underrated name in this Irish team, especially in the limited overs cricket. The right-hander can change the course of the game with his little cameos any day. He scored a brilliant 74 to save Ireland in one of the ODI games earlier this month. Dockrell almost won Ireland the second T20I against India in June, where he scored a 16-ball 34 but failed to take Ireland home at the end. His left arm spin adds a lot of value to him as a player, making him one of the top differential picks for this match. 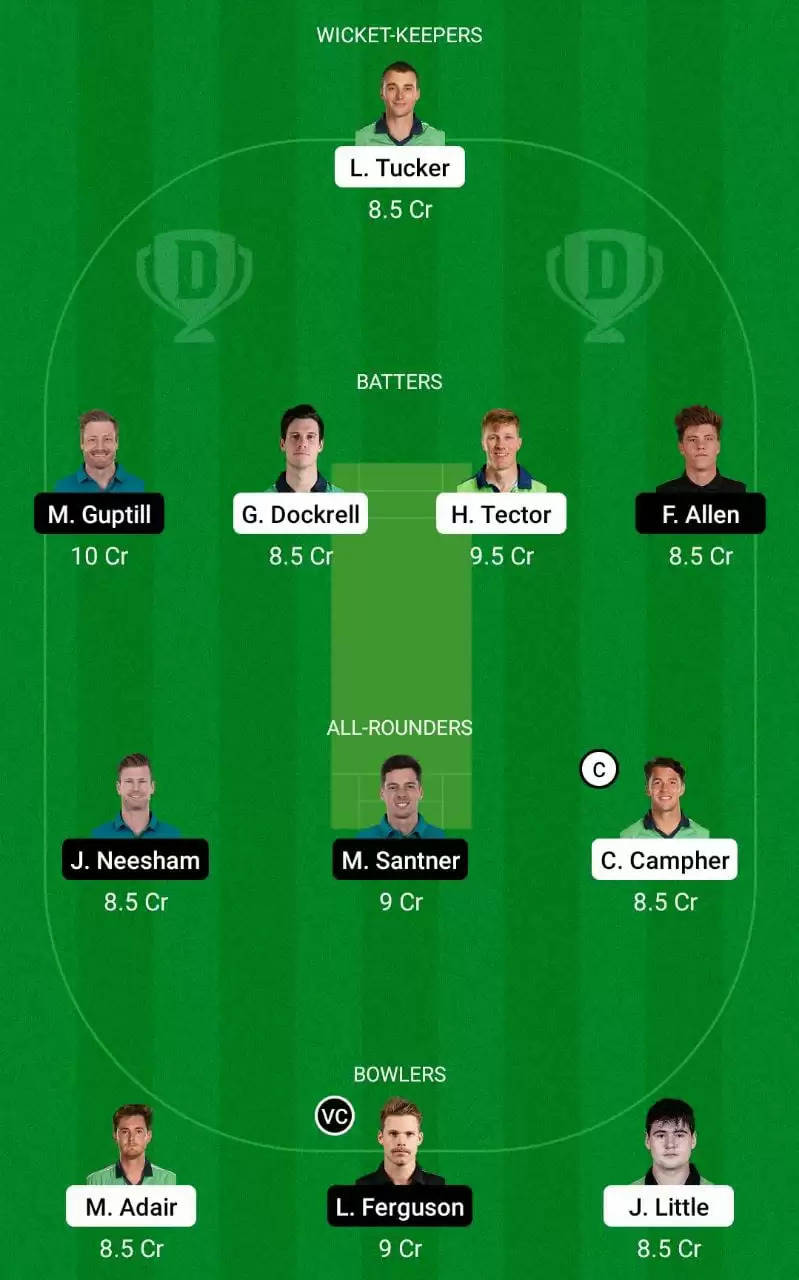 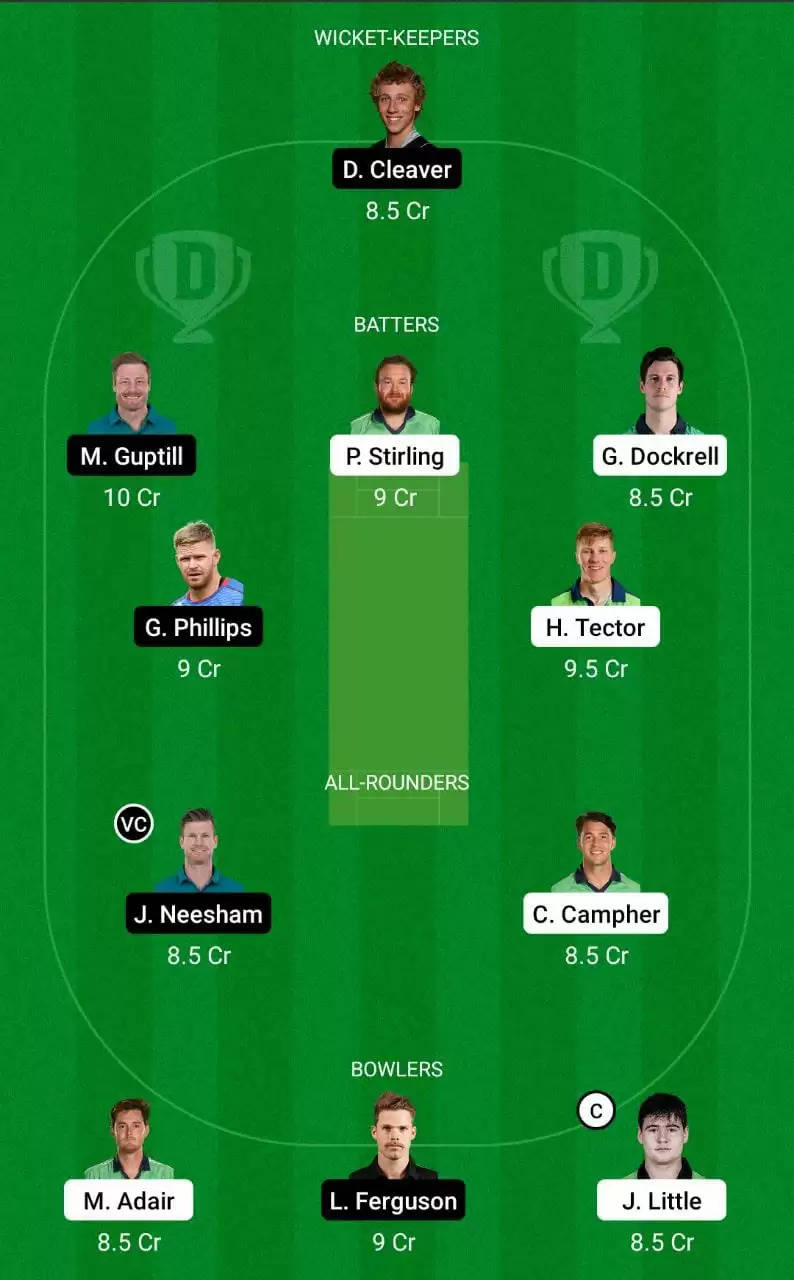