Get JAM vs GUY Dream11 Prediction, team and tips for the CPL 2022 match between Jamaica Tallawahs and Guyana Amazon Warriors.
By Robin Sharma Sat, 3 Sep 2022 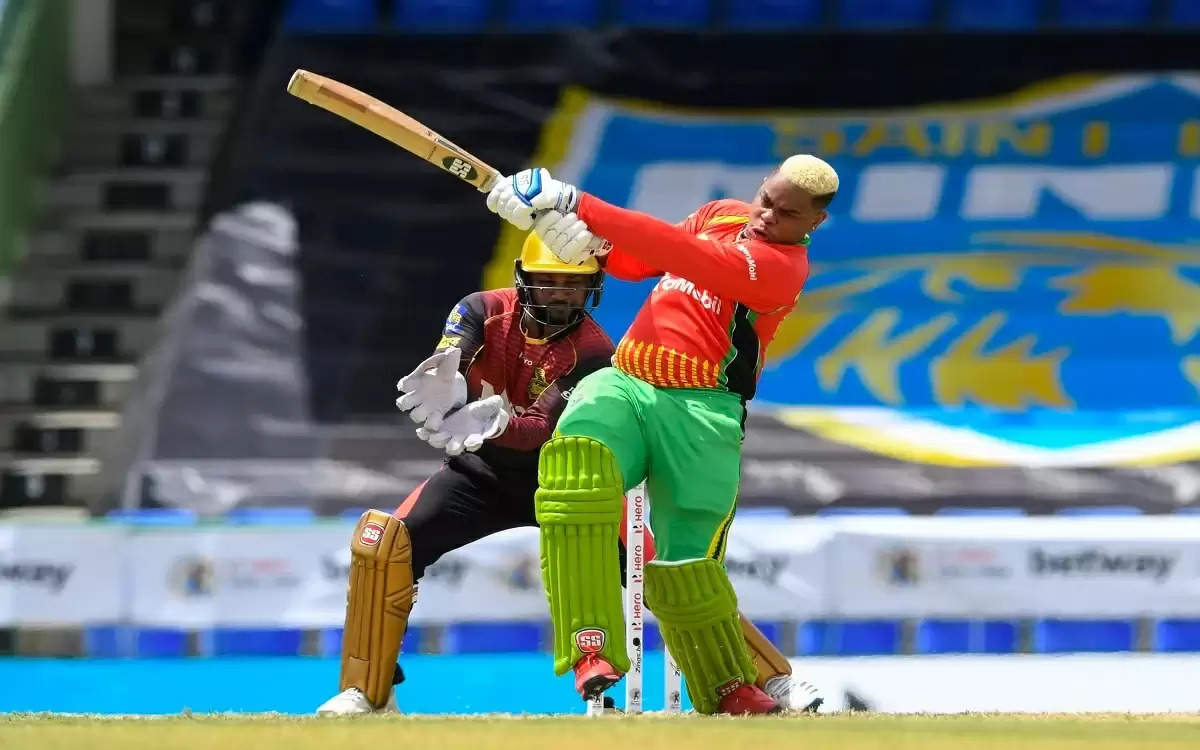 Jamaica Tallawahs got off to a great start with a win over the defending champions St Kitts and Nevis. Brandon King and Kennar Lewis were excellent at the top. Rovman Powell also showed his six-hitting prowess. They possess one of the best batting line-ups in the tournament with a mixture of precision and power. The Rovman Powell-led side has defeated the Warriors only once in their last five meetings. Heading into their second fixture, the Tallawahs will be desperate to improve their record against the Warriors and make it two in two at the start of the season.

Caribbean Premier League 2022 Live Streaming Details: When and Where to watch CPL 2022 LIVE on TV in India, Squads, Schedule, Date and Time

On the other, Guyana Amazon Warriors has not started its campaign yet. They will be playing their first match of the season against the Tallawahs. Shimron Hetmyer will be making his debut as captain in the League and will be hoping to start their season with a win. They have many quality players like Paul Stirling, Heinrich Klaasen, Odean Smith, Romario Sheperd, Imran Tahir, etc in their line-up. The Warriors have won four out of five matches played against Powell and his men at Warner Park.

The pitch has played well in the first 3 games of the tournament. Batters have enjoyed their time here, especially during the night games. The ball comes onto the bat nicely here at Warner Park. There will be some help for the pacers with the new ball while the spinners will also get ample help off the deck. Overall, it will be a good pitch for batting. The average 1st innings score here is 158 runs this season and 165 in all T20s. Chasing sides have won 42 out of the 76 T20s played here.

Jamaica Tallawahs won their first game in style while this will be the first game for the Guyana Amazon Warriors who also have many quality players in their line-up and two of the best all-rounders in the tournament. It will be a thriller of a game between the two sides. Jamaica Tallahwas will start as the favourites to win the game. 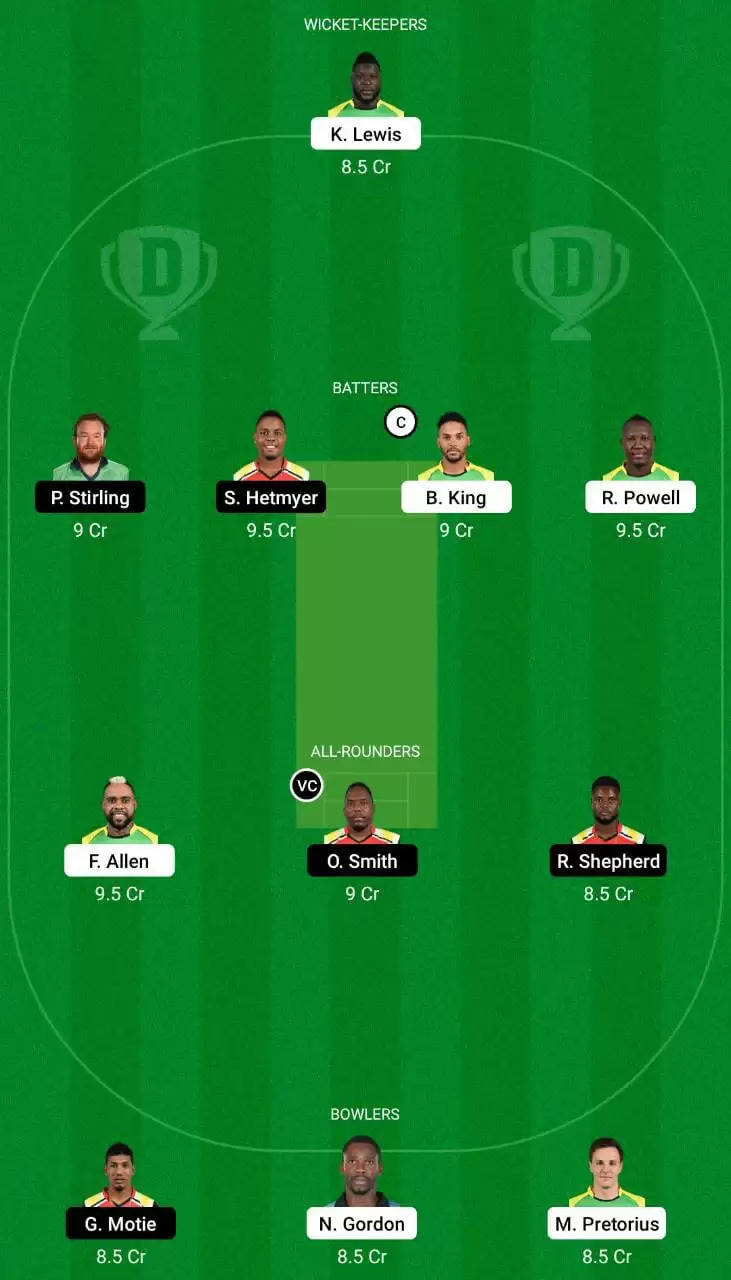 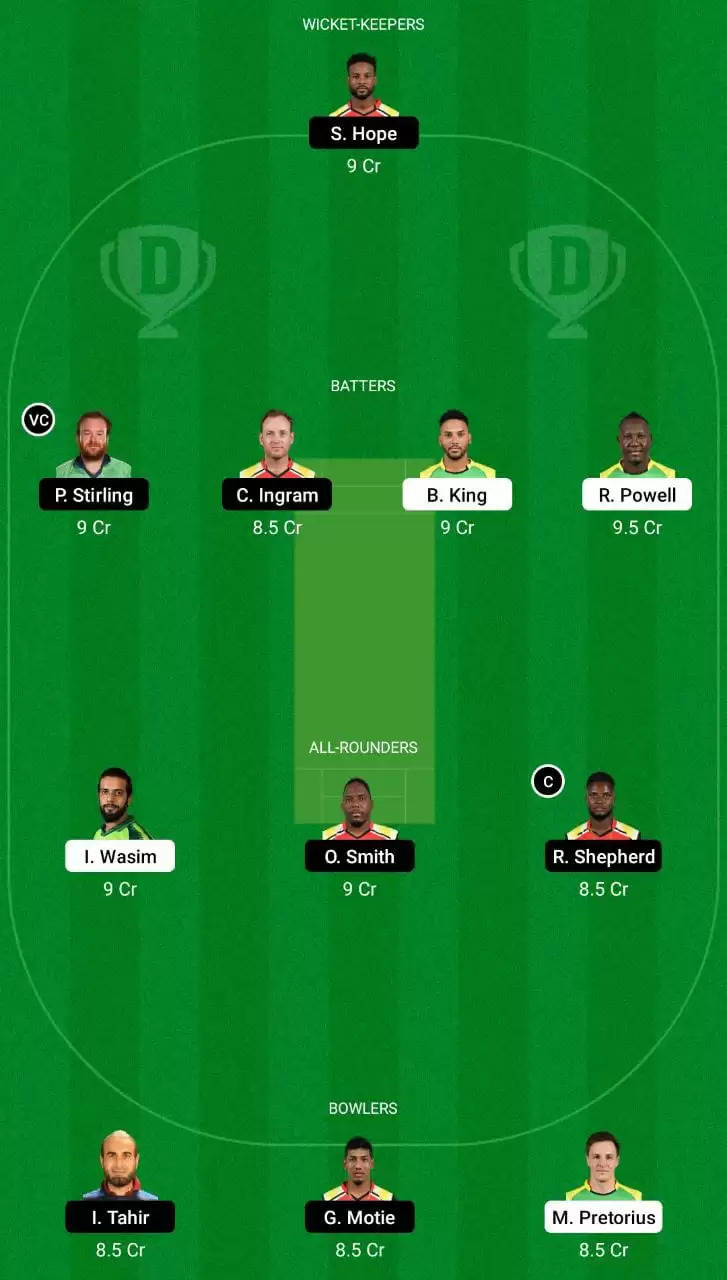 Which Contests to Join for JAM vs GUY Dream11 Match