Get LNS vs OVI Dream11 Prediction, Team and Tips for the Hundred Men's match between London Spirit and Oval Invincibles.
By Robin Sharma Sat, 27 Aug 2022 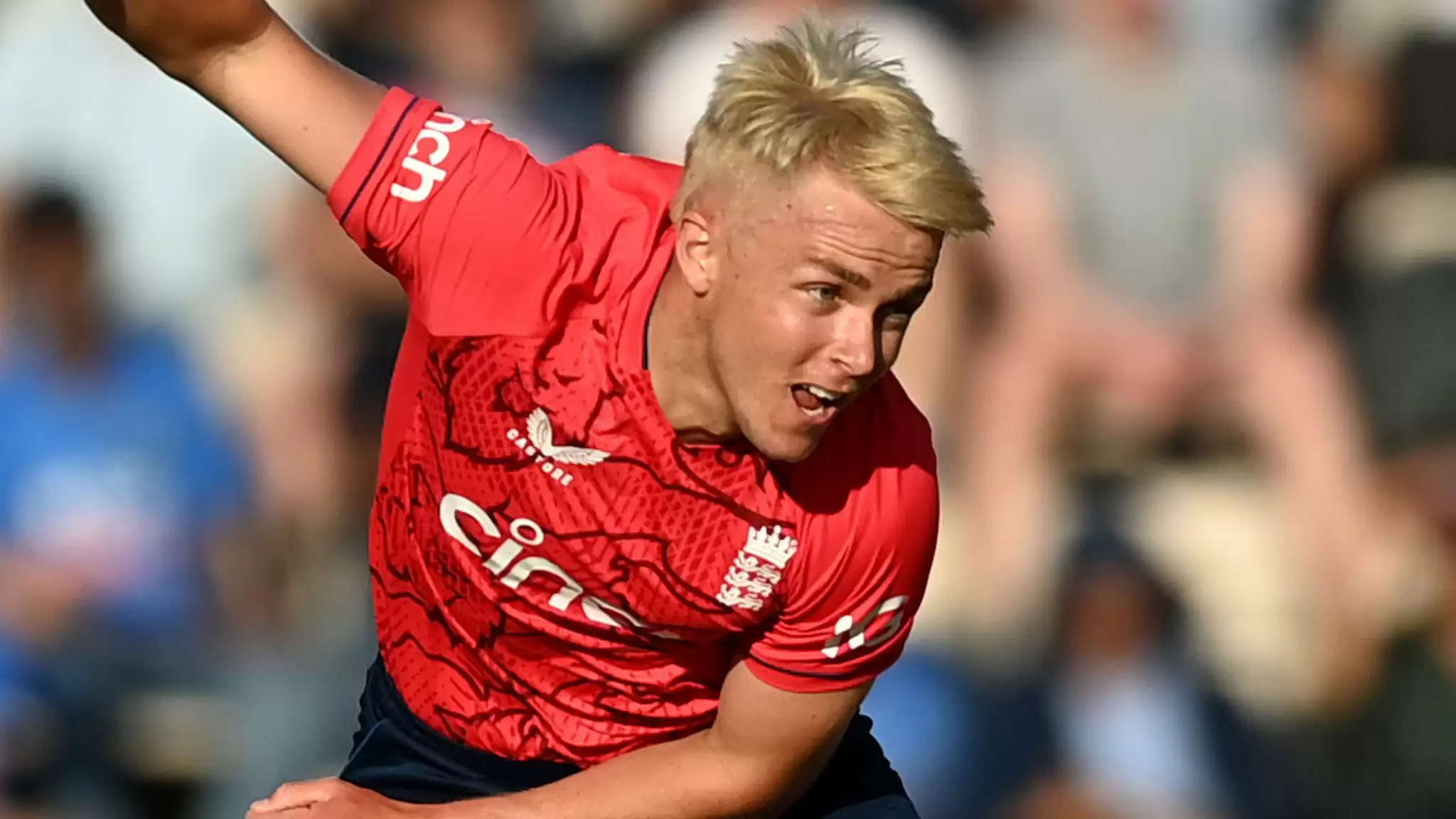 The London Spirit are on a roll this season. They are at the top of the points table with 5 wins in 6 games. Their batters and bowlers have been in excellent form and have played as a unit in all the games. All the players have contributed in every game and have played as a team. The likes of Dan Lawrence, Jordan Thompson, Eoin Morgan, Adam Rossington, Mason Crane, and all the others are in top form. They are will look to continue their good form in this match as well.

The Oval Invincibles, on the other hand, are in 5th position with 3 wins and 3 defeats in 6 games. They need to win their remaining two games to give themselves any chance of finishing in the top 3. Their big names - Sam Billings and Jason Roy have disappointed very badly and that’s a big concern for them. Sunil Narine has been their star performer but he has left for the CPL and won’t be available for the remaining games of the tournament which is a body blow for the Invincibles. They need to be at their best to win this game. The onus will be on the likes of Sam Curran, Jordan Cox, Tom Curran, Will Jacks, etc. Jason Roy and skipper Sam Billings also need to step up and take responsibility.

It is a win-the-toss and bat first pitch at Lord’s. The average first innings score here is 170 runs in 36 domestic T20 games but it has been 158 runs this season. 160-170 will be a winning score at this venue. Out of 32 games, 10 games have seen scores below 150 and 11 games have seen scores in the range of 150-170. It’s a two-paced wicket and batting is difficult, especially in the 2nd innings. Teams batting first have won 19 games out of 36 and both the games this season have been also won by the team batting first.

London Spirit will be the favourites to win this game as they are in excellent form and has a good balance in their team.

Sunil Narine is unavailable for the rest of the tournament. One of Carlos Braithwaite or Peter Hatzoglou will replace him in the Oval Invincibles line-up. 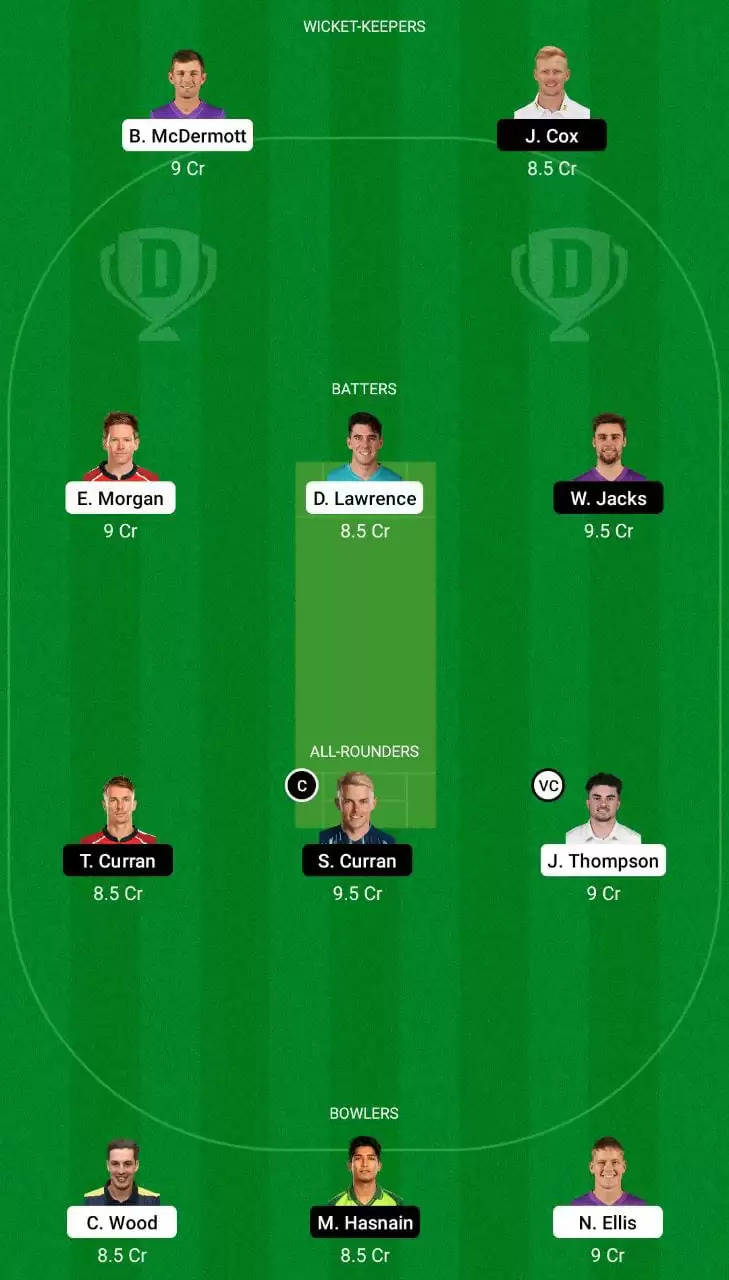 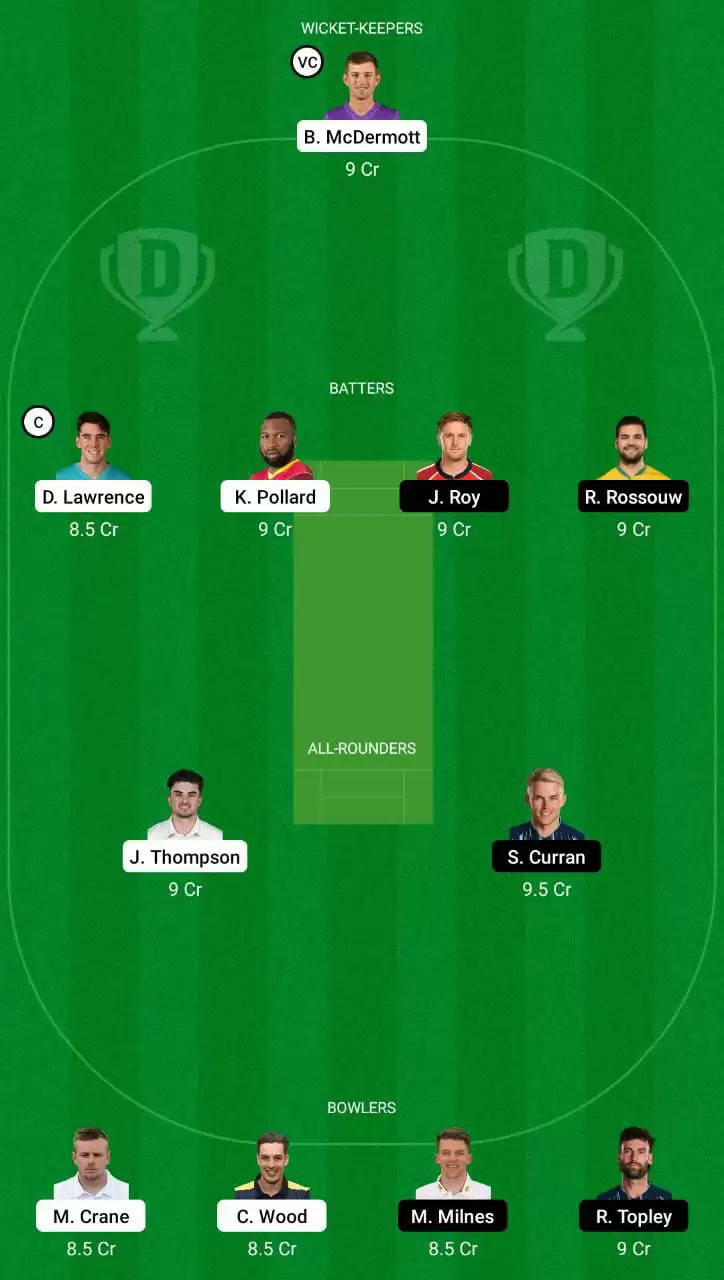 Which Contests to Join for LNS vs OVI Dream11 Match