NMG vs PR Dream11 Prediction for today: MSL action resumes as the table-toppers, Nelson Mandela Bay Giants hosts Paarl Rocks at the St George’s Park on Wednesday. Like their opponents, Paarl Rocks has also done well with 15 points to show for their efforts. They come into this game on the back of a brilliant […]
By Dwijesh Reddy Tue, 26 Nov 2019 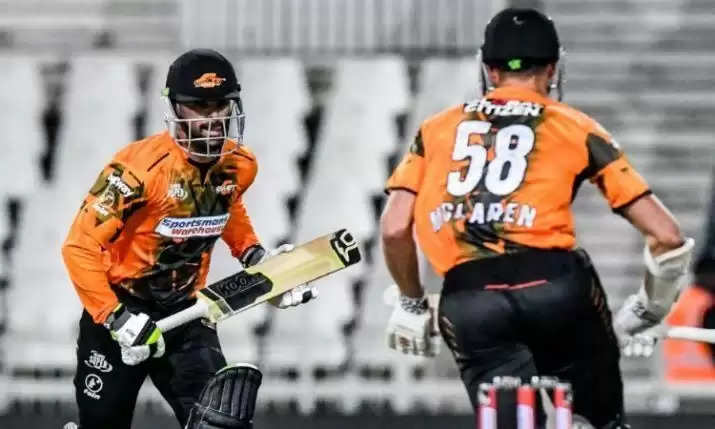 NMG vs PR Dream11 Prediction for today: MSL action resumes as the table-toppers, Nelson Mandela Bay Giants hosts Paarl Rocks at the St George’s Park on Wednesday. Like their opponents, Paarl Rocks has also done well with 15 points to show for their efforts. They come into this game on the back of a brilliant win over Cape Town Blitz with Faf du Plessis and co looking to sustain their momentum. It wouldn’t be an easy task against the Bay Giants, who are yet to lose a game in MSL 2019. Although both sides have a well-balanced side, Nelson Mandela Bay Giants come into this game as slight favourites owing to their superior home form. Nevertheless, a cracking contest is in store with four valuable points on offer for both sides. 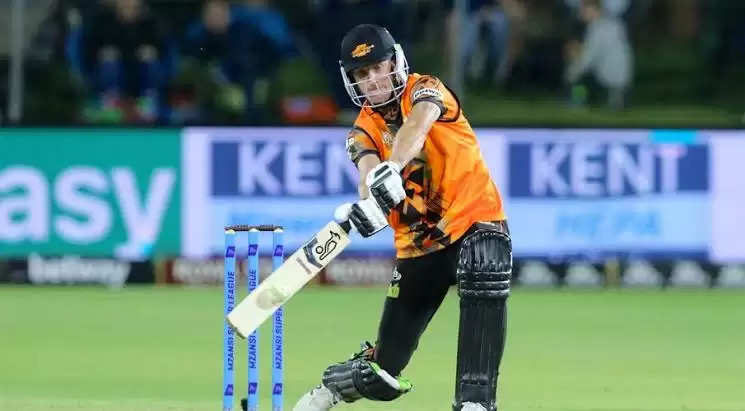 All the games at this venue have seen relatively high scoring games with the chasing side winning two games out of three. With dew coming into play in the latter stages, spinners will find it tough to grip the bowl. The dimensions of the ground also go against the bowlers although there some swing on offer for the pacers to exploit.

There isn’t any rain on the forecast which paves the way for a perfect day for a game of cricket. The temperature should range between 24-28 degrees Celsius while a few clouds are also expected to make an appearance as the game progresses.

No injuries are reported from either side.

A;so Read: The underappreciated side of Steve Smith’s magic with the bat

No changes are expected from the Nelson Mandela Bay Giants after yet another win at St George’s Park against Durban Heat. They have settled unit in their ranks with Jason Roy and JJ Smuts being key with the bat. However, their bowling unit has been their shining light with the trio of Junior Dala, Chris Morris and Imran Tahir revelling in the tournament. Along with Nandre Burger, they will be key against a formidable and deep Paarl Rocks batting unit as they look to cement their place at the top of the table.

Paarl Rocks should also field the same eleven after a morale boosting win over Cape Town Blitz. Nevertheless, they will be hoping for better performances from the duo of Faf du Plessis and Cameron Delport in the batting unit. Like their opponents, Paarl Rocks also possesses a lengthy batting unit with Isuru Udana slated to bat at number nine. While their bowling unit does look light on options, the spin twins, Tabriaz Shamsi and Bjorn Fortuin, are critical to their fortunes in this game.

Faf du Plessis has been underperforming for Paarl Rocks and is due for a big score on Wednesday. Along with Paarl Rocks captain, the likes of JJ Smuts and Jason Roy also warranty a place in the fantasy side. Both of them have already scored a fifty in the competition and are in good form. Matthew Breetzke is preferred ahead of Kuhn while Chris Morris is also picked in the side. Dwaine Pretorius has scored over 100 runs this season. Aa he is consistently bowling four overs as well, he is a worth-while candidate for this game. Three spinners are picked with Imran Tahir expected to churn in a match-winning spell while Junior Dala is one to watch out for in this game. 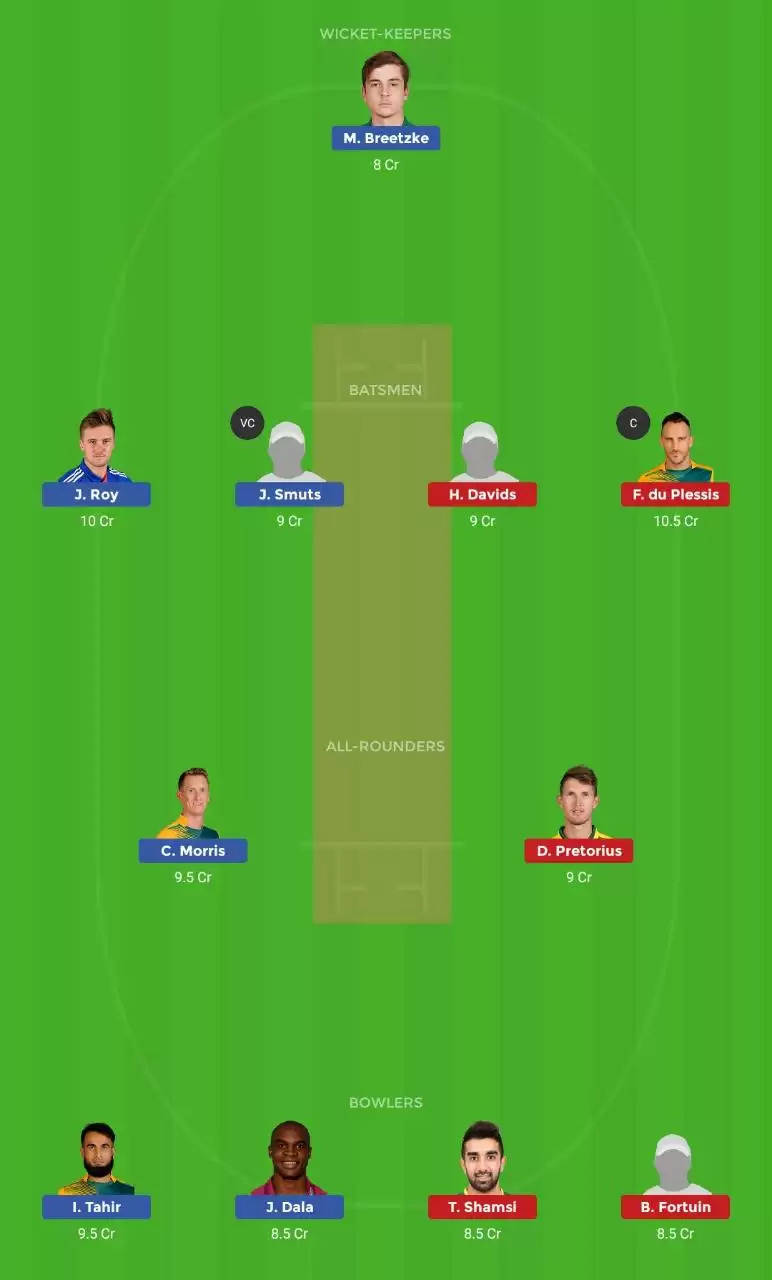