NW vs DB Dream11 Prediction: All you need to know about the Abu Dhabi T10 League match.
By Robin Sharma Thu, 24 Nov 2022 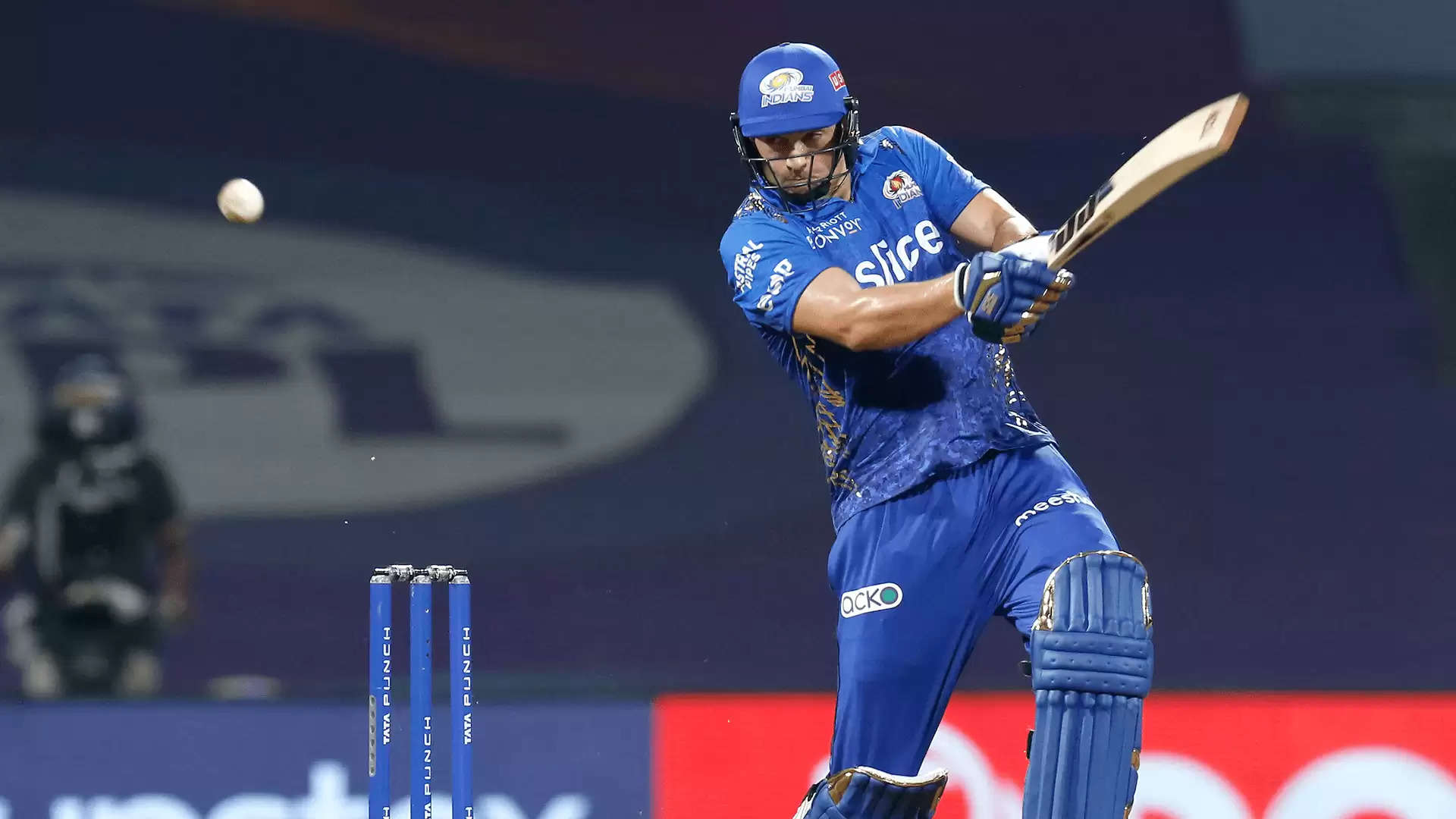 Both teams have a star-studded line-up and it promises to be an exciting contest between them. Northern Warriors have the likes of Rovman Powell, Sherfane Rutherford, Adam Lyth, Wayne Parnell etc. They are looking good as a team with plenty of match-winners but two of their big names - Wanindu Hasaranga and Dushmantha Chameera will be unavailable for most of the tournament if not the whole season. Chris Green is also unavailable.

Delhi Bulls, on the other hand, will be led by Dwayne Bravo. They have Tim David, Rilee Rossouw, Imad Wasim, Rahkeem Cornwall and many others who form a very formidable line-up with excellent depth in their squad. They will look to take one more step this season and win the title. They have been severely affected by the availability of some of their star players in Rahmanullah Gurbaz, Fazalhaq Farooqi, Will Jacks and Najibullah Zadran.

It will be an excellent pitch for batting. The ball will come onto the bat nicely and the batters can play their shots trusting the pitch. There will be some movement for the pacers with the new ball. Spinners won’t get much turn but the big dimensions will be a big help for them. The average first innings score here in the T10 league is 109 runs. Toss won’t be that important but teams may prefer chasing.

Wanindu Hasaranga, Dushmantha Chaeemra and Chris Green are unavailable for the Northern Warriors.

Rahmanullah Gurbaz and Fazalhaq Farooqi will be unavailable for the Delhi Bulls.

Both teams have many match-winners in their line-ups but the Northern Warriors are looking more settled as a batting unit and they are expected to win this game.

Keemo Paul: Although, it’s risky to avoid any player who will bowl in the T10 league. But, you can avoid Keemo Paul from your fantasy teams as he isn’t expected to contribute much with the bat and he is generally on the expensive side and may end up bowling one over in the game. 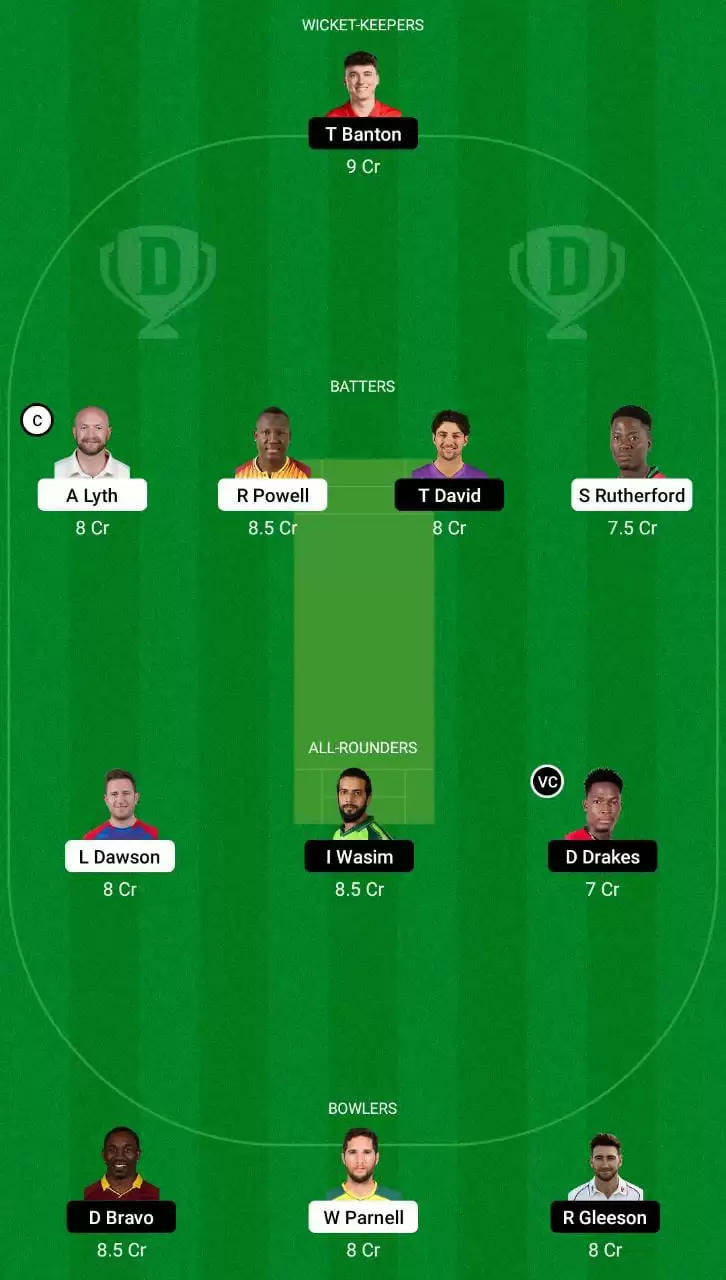 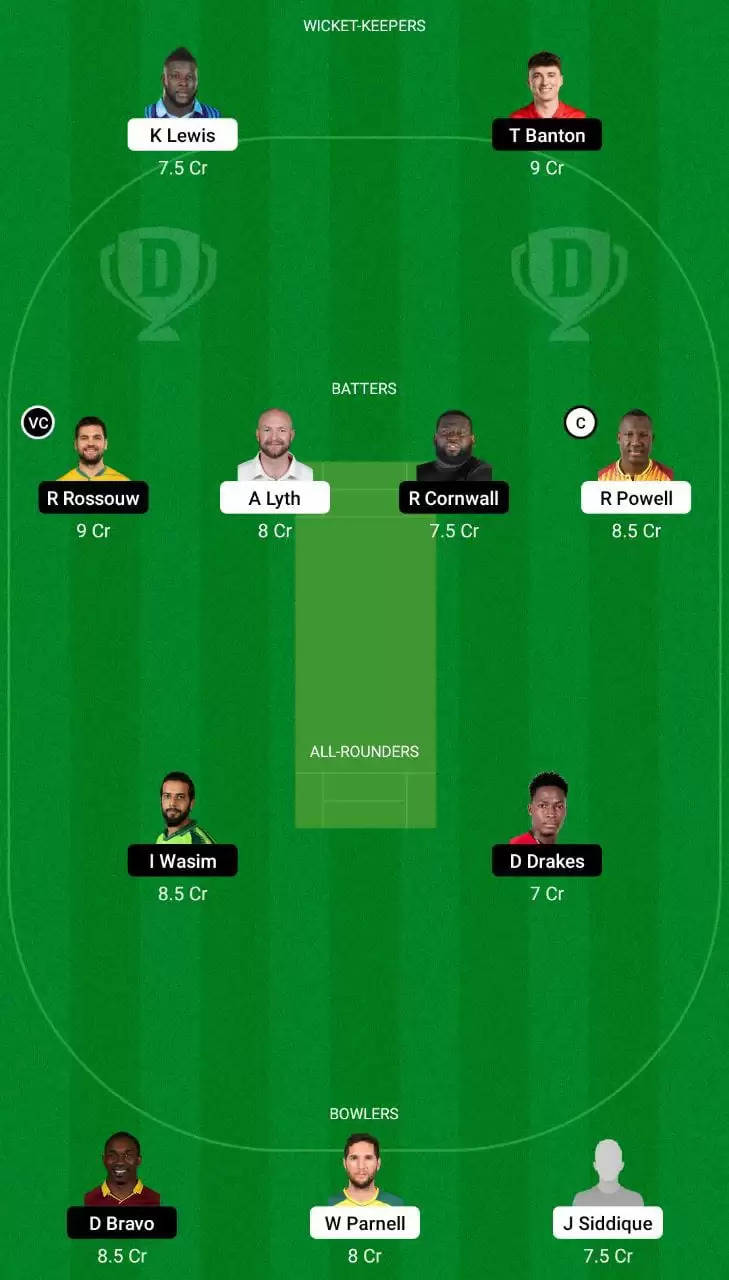